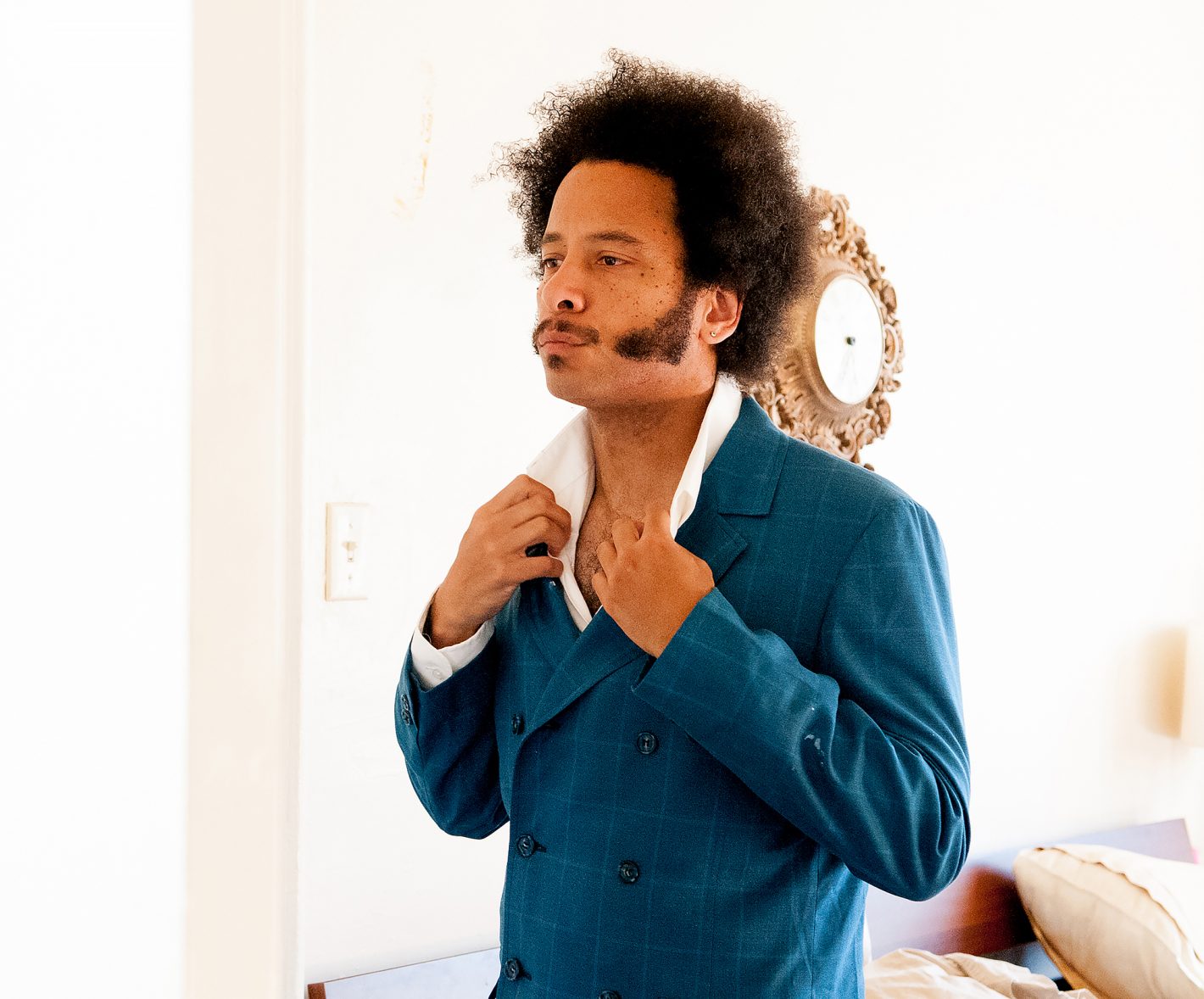 If you’ve ever thought about making a list of the most prolific people ever, then Boots Riley isn’t a bad place to start. You can place him somewhere between Stephen King—who has authored 61 novels and hundreds of short stories in addition to spending time on music, philanthropy and rage-tweeting at Trump—and Ramses II, who fathered 162 children while pharaoh of Egypt.

In addition to being incredibly talented and politically engaged, Riley’s relentless work ethic has him writing, directing, rapping, engaging in local activism and national politics and public speaking, with an upcoming engagement at Sacramento State’s University Ballroom on Feb. 13.

Raised in Oakland, Riley started rapping in the early ‘90s with The Coup, a hip-hop group that stood out for their activism, politics and engagement in an era of opulent, materialism-obsessed Oakland rappers like MC Hammer and Tony! Toni! Toné!. The Coup quickly became the flagship for woke East Bay hip-hop, and in 2002, Vibe magazine named Boots Riley one of the 10 most influential people of the year.

In addition to being the Energizer Bunny of activism, he wrote and directed his first feature film, 2018’s Sorry to Bother You, a sci-fi/fantasy flick set in an alternate universe version of Oakland, which earned Riley an Independent Spirit Award for Best First Feature.

Famously rapping, “Every verse is from the cardiac,” Riley is never one to mince words. I sat down with him to talk about his upcoming projects, politics and his speaking engagement at Sac State, and his perspective on the mess we’re in. True to form, Riley didn’t disappoint.

How’d you get started—who were you as a kid and how’d that lead you here?
I grew up in Oakland and started getting involved with radical organizations when I was 15 being involved with farmworkers … I got more involved in theater and started looking at ways to maybe combine the theater with the ideas that I wanted to put out there. And then Spike Lee came out, and I was like, “Oh, you could do this on a big screen,” and I went to film school. And at the same time, because of Digital Underground, Too Short, MC Hammer and Tony! Toni! Toné!, Oakland was a place where every record label was like, “Oh, we have to have a group from Oakland.” So we had a tape out, and we got signed. And then I did music for 20 something years and came back to this.

What are you working on now?
I’m writing. I have a TV show already that I’m going to production later on this year and then I have a couple of features that I’m writing.

Can you talk about the features?
No. Not really.

And I assume you can’t talk about the TV show either.
No.

Well, it’s exciting nonetheless. Are you done with music all together?
No. For the show, we’ll be doing one cool song per episode. But touring is something we won’t really be doing much of anymore.

What made you kind of jump from music to film, to writing and directing?
It’s not so much of a jump. I went to film school and quit school because I got a record deal. I did theater in high school and all that kind of stuff. My grandmother ran the Oakland Ensemble Theater. It was all this one big expression. I mean, obviously, there’s some real differences in it. Like if I want to make a song, I can sit here and write something and if I wanted to be done with the song in 20 minutes from now. I can’t do that with a film.

I read that you taught a class in the early 2000s in Oakland about social justice and culture and resistance.
It was a lyric writing class for high school students. But before that I had a workshop at La Peña [Cultural Center]. One of my students was a 14-year-old kid named David, who went on to be in Hamilton. We did basically like a newspaper on tape where we would talk about the issues and people, go write the raps and then we recorded them, and then we got on a flatbed truck and did these things that we call guerrilla hip-hop concert.

That sounds amazing. Do recordings to that exist anywhere?
Yes … We call the tape The Rumble … I have a CD of it somewhere … We met somebody that worked at UC Berkeley that had a tape duplication thing and we made a bunch of them … We’d be on the flatbed truck, and we’d give out the tapes.

I understand that you’re doing a lecture at the University Ballroom on the 13th. Tell me a little bit about that.
Well, you know, as things will probably be changing in the world, so in the end, I’ll reserve the right to change what I talk about. I’m usually talking about change from the standpoint of us realizing where the crux of our power comes from. And utilizing that in order to make a change, and looking at the ways that movements have and haven’t flourished based on whether or not they used that crux of our power as the basis for the movement. So the main contradiction under capitalism is the exploitation of labor. And so if we want to change things, it will have to come from the point of us withholding labor. You can organize that in many ways because that can be used to raise wages and make living conditions better. But it can also be used for other issues that are not always seen as a labor issue.

What’s an example of that?
For instance, if radicals had been organizing around labor in, let’s say Ferguson for 15 years before that, then when that cop needed to be indicted, they could have just shut down a few industries in the St. Louis area and that cop would have been indicted.

Yes. Totally. You’re right.
And some of this confusion comes from the fact that, since the beginning of what they call the new left in the 1960s, the left has been running away from class struggle. And so it’s confused people as to how power works.

Do you see that as something new?
But I’m saying there was a period of time, and I think that there are myriad reasons, and that’s kind of what I’ll be talking about, but obviously, there was—and it’s hard to talk about one of them without really talking about the rest of them. But in the ‘50s, you had the House on American Activities Committee and, you know, a big—in the McCarthy era with all the unions for instance, getting rid of all the radicals. And you see from then on those unions had much less teeth to them because they weren’t fighting for the same things anymore. They weren’t as ready to fight. The ones that were the most effective and the most militant were the ones that were the most effective, and the most militant since then is the only one that said we don’t care if you’re a communist, we’re fighting alongside you, and that was the longshoremen.

You seem to kind of straddle art and activism in a really special way. Did you have a roadmap for that growing up?
I didn’t have a roadmap for that. But you know, there are definitely people that I looked up to like Paul Robeson who did some of that. A lot of revolutionary leaders were poets, so there’s some connection there. But I’ve always just looked at art as communication. And I think, like, great art is made by people who are passionate about something more than just making art.

In that sense, it kind of imbues your art with meaning.
Yes. It makes you make choices that are based on emotion and thought, as opposed to just something aesthetically pleasing. So for me … I’ve been involved in organizations and had these ideas, and my art is a way to express that. It changes, and it’s made me change and reconsider how I’m doing that, you know, all those sorts of things. But I’ve had an uneasy, as you say, straddling of that fence … I’m always questioning. You’re always living in a place where you feel like you’re not doing enough of one thing, or doing too much of another thing. Doesn’t matter how much you flip it, but it’s always going to be there. And I’ve quit doing art.

Completely?
Yes. I quit. And actually, that’s when I became the telemarketer. And, you know, because we had an organization called the Young Comrades, I could do that job just like one day every couple of weeks and make enough money to keep just doing the organization. And then that organization broke up. And then I figured out I could go back to doing music.

Stop by the Sacramento State University Union Ballroom at 7:30 p.m. on Thursday, Feb. 13, 2020 for a special lecture event featuring Boots Riley. Expect Riley to speak about topics such as race, economics and other social justice issues. This event is brought to you by UNIQUE Programs at Sacramento State. For more info, go to Sacstateunique.com.