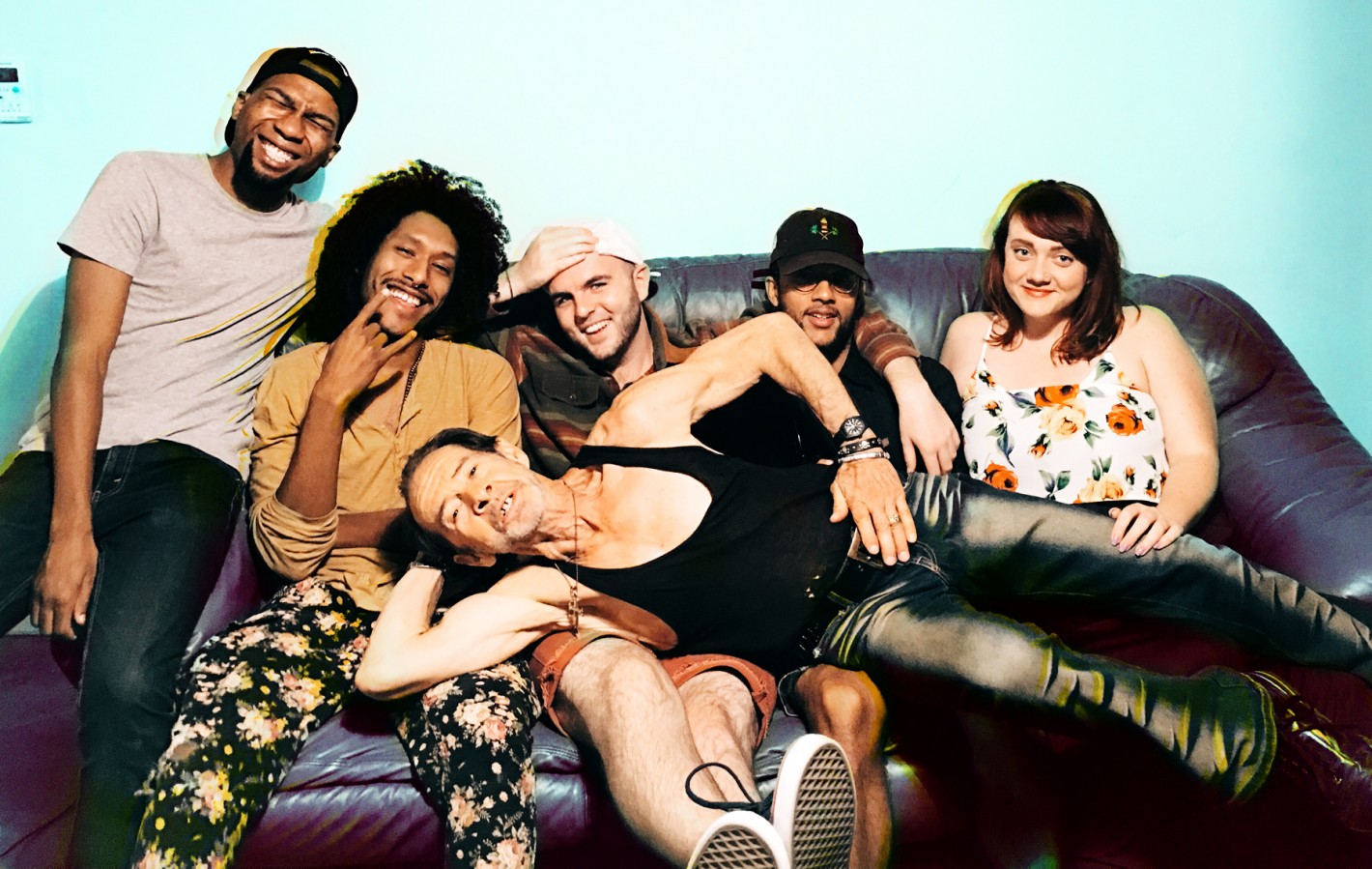 Sacramentans love to party. More than that, Sacramentans love a great party! From the pulsing crowds that pour into the MARRS building to bathe in the diversity of acts that the THIS Midtown summer block party delivers every season, to The Flower Vato’s soulful weekly Sunday service, where faithful servants worship at the altar of funk and soul at his turntables at The Press Club, there is no shortage of artists, venues and partygoers in our midst who are dedicated to the art of chasing the party. The tricky part is knowing how to throw a straight-up banger.

Enter the HOF or “Hall of Fame” crew—a group of young, local creatives who forged their own marketing and promotions company out of a simple passion: to celebrate the creative energy that is the lifeblood of the Sacramento community. The team has quickly gained recognition as the harbingers of the turn-up lifestyle and are set to unleash onto the masses #HOFDAY 2016 on Sept. 24, a day-long party poised to bring the summer to a fitting close. Just peep the event’s poster, Kenny the Dancing Man’s likeness graces the promotional elements of this year’s party and the crew reps the local legend as its party deity, but more on that later.

Submerge recently sat down with several members of the HOF squad to talk about how to go about throwing a legit party—one that returns every year bigger and better. Here are just six of their insights on how to pull off a serious party.

1. Stay legit.
According to Damian Lynch, who serves as the chief operations officer and event manager of the troop, this is officially the second year of #HOFDAY, but unofficially it’s the party’s sixth year in existence. The key reason for the two birthdates: #HOFDAY is now legal.

“#HOFDAY is really an evolution of another event we had called #Gametime that started back in 2011,” Lynch says. “2015 marked our emergence out of the underground, because everything before was in alleys and warehouses and houses. Last year we partnered with the city of Sacramento and cops and [got] permits [and] porta-potties—just having porta-potties is a huge deal! So last year was our first time just being legit and doing it the right way.”

2. Stay focused.
For Rose Rasmussen, who works with Lynch in handling the seemingly endless #HOFDAY logistical elements, staying true to an event’s original vision is essential in throwing a successful party.

“A lot of it is constantly reminding each other of what our purpose and vision is,” Rasmussen says. “You get so busy—you start with ‘this is what our mission is, this is what we want it be,’ and then things start to build and new pieces come in and some pieces go out and it gets bigger than it could but you want to stop and remember, ‘What is this to us? What are we trying to create here?’ What I think is great about our team is that we are really good at reminding each other of that. Being really clear with that plays a huge part in that—being clear and focused on what your mission is.”

3. Do work.
A solid work ethic is what HOF cofounder Robbie Metcalf says is another key to pulling of a legit party in Sacramento.

“To piggyback off of what Rose said, knowing the vision and holding that really tight. Really just putting in all of the footwork and making sure what needs to get done gets done and trusting that the outcome is going to be what it’s supposed to be,” Metcalf advises.

4. Do you.
Being true to the talents and the opportunities around you is what Tony Christ, who heads up the marketing and branding arm of the squad, cites as an essential to throwing a righteous event. For him, it’s got to be an organic enterprise.

“Take what you like to do, expand on the people around you,” Christ says. “Any time we’re creating something, we look at the resources that are around us. I would say, look at what you do—if you’re a chef and you’re around a lot of chefs, you probably should be doing some sort of food event or something similar to that. Like us, we’re party people. We’ve known each other from partying so it really is a birth of that. It’s about taking advantage of what’s around you and what you’re already in and not trying to step into something … that you’re really not a part of.”

5. It takes a village.
For Marcus “Mars” Parker, the MC of the party and HOF’s chief marketing officer and lead designer/label manager, it’s knowing your support system and bringing people into the fold who share your vision.

6. Be inspired.
For the HOF team, that inspiration comes from a fixture in the local party scene—Kenny the Dancing Man.

“When you party a lot, you see a lot of the same people and Kenny was just always around. We were like, ‘Who is this fucking guy?’ And I was like, that is going to be me when I get old, like 100 percent,” Christ admits. “And so we were always drawn to him and so we just became cool with him. In 2012 is when we really started working with him a lot—we went to his house, we interviewed him and started working with him. Some people have this weird misconception of him, but he’s just a sweet guy.”

“Kenny changed our diapers,” Lynch adds with a chuckle. 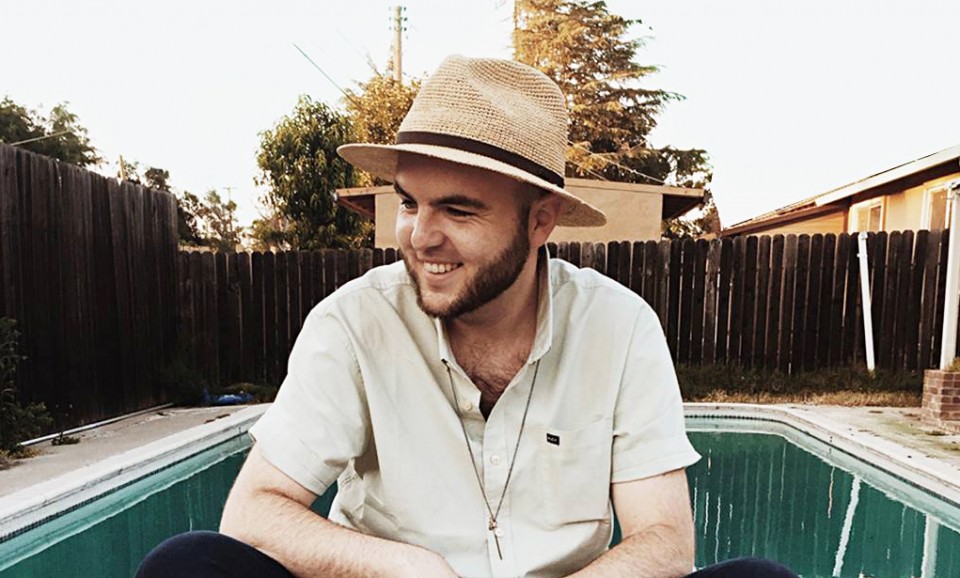 Robbie Metcalf: The Spin’s the Thing

Not only do Sacramentans love a kick-ass party, but what’s a party without an equally kick-ass DJ to spin the crowd into a dance frenzy that runs long into the night? Local DJ and #HOFDAY co-founder Robbie Metcalf took a moment to step away from planning and preparing for the one-day affair to wax poetic about DJing in Sacramento.

How did you get into DJing?
I bought a pair of turntables from a pawn shop and a mixer back in 2011 and just started collecting vinyl [records] and mixing my favorite songs together; MSTRKRFT and Justice and Daft Punk and Michael Jackson records. One of the best things I ever did.

What do you enjoy most about being a DJ in Sacramento?
I love that there are so many kinds of DJs in Sacramento. You’ve got guys like Oasis who is the king of spinning those Top 40 slaps and those songs that everyone knows and goes crazy to. You’ve got guys like Rock Bottom, who are eclectic and play really groovy stuff. You’ve got ChriSupreme who is always pushing the sound super forward and playing stuff people will be going crazy over two years from whatever time you hear him. You’ve got Larry at Press Club who plays the ultimate throwback disco and funk. And you’ve got guys like me who are kind of all over the place, playing pretty much anything that’s gonna make you dance.

What is the coolest party you’ve spun at?
The coolest party I’ve ever played was 2015’s #HOFDAY to a few thousand people. Really, any of the HOF parties. There’s always such a huge audience to play to. It’s always crazy to me.

Vinyl or digital?
I started on vinyl, but my preference is digital now because I can keep so many mp3s in a folder on my computer, connect my controller and pretty much start a party anywhere without having to carry crates and heavy turntable cases.

What shouldn’t a person ever say to a DJ?
I’d say in like 99 percent of situations, don’t request a song from a DJ. Chances are they don’t have the song you want to hear if you haven’t heard them play it already, and it’s not like a DJ is just playing music off YouTube. We have to download or buy every song we play, and that’s not something you can do on the spot while you’re in the mix, counting beats and trying to make your set flow.

How would you characterize the DJ community in Sacramento?
Flavorful.

What is the one song that always gets everyone pumped to boogie at a party?
For me, it’s Montell Jordan’s “This Is How We Do It.” As soon as that comes on, you know what we’re here to do!

When you aren’t DJing, how do you unplug?
When I’m not DJing, I’m listening to music or working on music in some way, whether it’s working on an event or working with a new artist on a new song or project. Music is everything to me.

What should people be most excited for at #HOFDAY 2016?
People should be excited to party with tons of people at #HOFDAY. The DJs are all going to be coming hard with their sets—every single one is going to be having a dope performer popping up fluidly in their mixes. Imagine the music you hear at your favorite house party, but in a festival setting, and with some cool performances sprinkled in here and there. Also … Kenny the Dancing Man.

What are you most excited about #HOFDAY 2016?
What I’m most excited about is Metro Boomin. He’s literally produced and created the sound that everyone’s partying to in the last year, maybe two. He made ILoveMakonnen and Drake’s “Tuesday” … countless Travis Scott songs … [and] the majority of Future’s songs. He just makes ALL the hits and I can’t wait to see him DJ all of them that night. It’s going to be really, really, really LOUD.

With over 30 acts set to rock two stages on the West Sacramento River Walk, an offering of larger-than-life, fully interactive games (including a mechanical bull) and food offerings by Eat Better, an outfit of locals learning and teaching the benefits of healthy cooking and eating, here is a small taste of the local and not-so-local artists that will be throwing down at #HOFDAY 2016.

DLRN
The Sacramento auteurs of cool, Sean LaMarr and Jon Reyes of DLRN are masters in crafting beats and rhymes into symphonic waves that wash over its audience like a warm blanket. DLRN’s sound is the coalescence of ‘80s synthed-out reverberations with a hint of that old-school R&B swag that even Keith Sweat would appreciate.

C Plus
C Plus has collaborated with the likes of Lee Bannon, Chuuwee, Moe Green and N-Pire Da Great, solidifying his place among the elite in the local hip-hop scene. With his captivating lyrical prowess and witty repartee, he’s revitalizing the scene with his innovative style.

Soosh*e!
This dude isn’t only a DJ on Sacramento radio station Hot 103.5, but is constantly collaborating with local talent and is an ardent supporter of acts that are redefining what it means to be in the game. His 2014 effort “Make You” featuring Sean Lamarr of DLRN and Stevie Nader is a testament to that ethos.

40oz Van
Joel Fuller of Bronx, New York, better known as 40oz Van, has taken social media by storm—with nearly 200,000 Twitter followers and more than 85,000 Instagram followers, this rapper-turned-fashion designer knows how to harness the power of the people.

Metro Boomin
Metro Boomin, coming straight out of Atlanta, Georgia, has won accolades from the industry having been a Grammy Award-nominated record producer and DJ. Metro is one of the leaders of the new school of producers, known for working with some of the current giants in the industry—you may have heard of a few: Travis Scott, Future, Young Thug, Drake and Kanye West.

#HOFDAY goes down at River Walk Park in West Sacramento on Saturday, Sept. 24. General admission tickets are currently available for $40 at Hofdayparty.com. All-ages are welcome, music runs from 3 p.m. to 10 p.m.