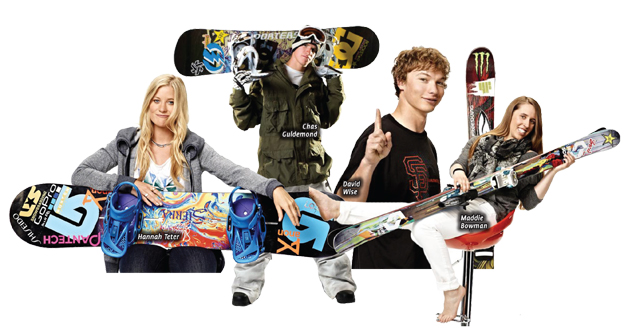 As the world gets set to watch each country’s best athletes battle it out at the XXII Olympic Winter Games in Sochi, Russia, many in our region will be rooting for Lake Tahoe area skiers and snowboarders expected to make the cut in their respective disciplines. Remember these names, because many of them are considered to be serious medal contenders! Hannah Teter (women’s snowboard halfpipe), Jamie Anderson (women’s snowboard slopestyle, a new event to the games) and Maddie Bowman (women’s freeskiing halfpipe, also new) all train regularly at South Lake’s Sierra-at-Tahoe resort. David Wise (men’s freeskiing halfpipe) is based in Reno, Nev., as is Chas Guldemond (men’s snowboard halfpipe and slopestyle). Julia Mancuso (women’s ski racing giant slalom, downhill, combined) is a Squaw Valley legend and Danny Davis (men’s snowboard halfpipe) calls Truckee home. There are a ton of others from the area competing, too, so be sure to tune in starting Feb. 7, 2014 and root for all the locals. Let’s bring home those (hopefully gold) medals!