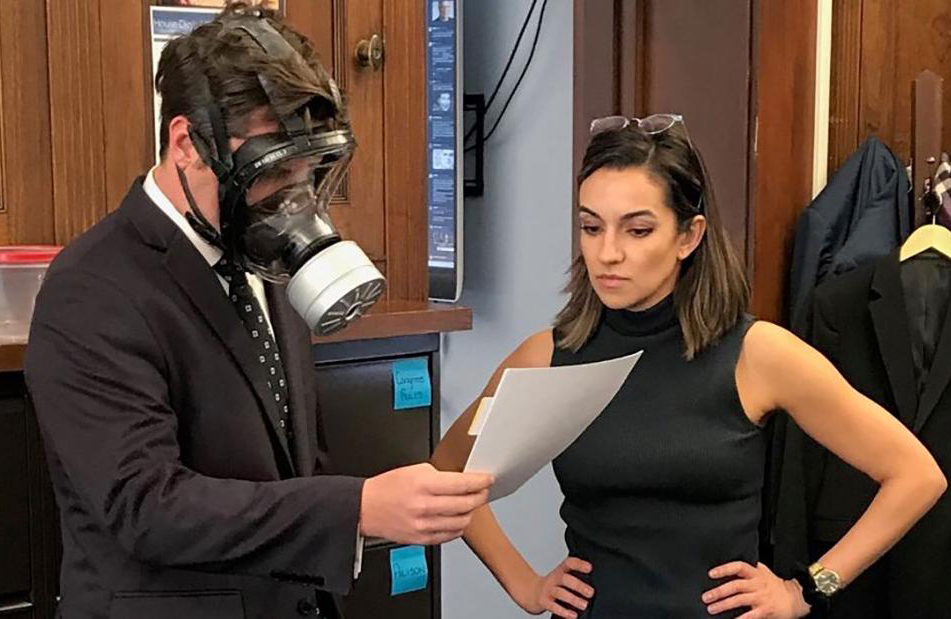 Humor is a great medicine for fear. I understand that better than anyone. My mother often marvels—which is to say, recoils—at my ability to find humor in just about any situation. I admit that this is my chief defense mechanism for situations that I can’t curl in a ball and hide from. So, I may understand the inclination to crack jokes about COVID-19 as a way to strip it of its power against us. I think that’s healthy. I’d like to add a caveat, though, which is that this is an ever-developing situation, and while it will probably (hopefully) not result in the End of Days, the cause for concern is very real.

I hate to be that guy. I don’t mean to shame you for all the fun you’re having with your meme-making. I know you worked hard on that thing while you were supposed to be working. And it probably got you a bunch of likes and shares and comments like “The media is Satan” and blah blah blah. I also know that we’ve been here before. I remember when everyone was in a tizzy about SARS and more recently the fear drudged up by the most recent Ebola outbreak in West Africa. The apocalypse didn’t happen then, so why should we be concerned about this now? I’d argue that being concerned is probably why SARS didn’t turn out to be the species-destroyer it was touted as being, and how the latest major outbreak of Ebola didn’t become the new Black Plague. It should be noted, though, that SARS took almost 800 lives, and the recent Ebola outbreak left more than 11,000 dead (including one in the United States as per the CDC).

I also know it’s difficult to tell the difference between what you’re supposed to be concerned about and what you shouldn’t be nowadays. It’s impossible to sift through all the Trump tweets and bullshit opinion (which I realize I’m contributing to) and talking-head analysis. I’m sure it’s also easy to feel insulated from all harm with all this technology and science we have. Every other commercial on television is for some drug or another, right? Maybe Botox can cure COVID-19, and we just haven’t figured it out yet. I really hope that’s the case.

What I don’t really understand is the arguments against being concerned, like, “It’s not really as bad as they say it is.” Yes, dire predictions of global pandemics keep more eyeballs glued to the screen or sell newspapers and increase site traffic, but the fact is people have died from this thing and continue to do so. It also seems to be spreading like wildfire, and given the reports about how the virus has caught our government with its pants around its ankles (no surprise since science doesn’t seem to be their “thing”), it kind of feels as though this new outbreak is only just beginning.

What’s probably most important to remember is that this is a fluid situation. The novel coronavirus was only just discovered back in December. The first confirmed case in the United States had only been discovered on Feb. 26, a little under two weeks ago as of this writing. According to the live map on Nytimes.com, confirmed cases are now nearing 500 nationwide, with the majority in Washington state, New York and California.

I guess what I’m trying to say is don’t let the fact that we’ve heard about world-ending diseases a bazillion times before cause you to be flippant about this one. The reason why we’re all still here is probably because someone somewhere decided to be overly precautious and convinced others they should do the same. And if you want to make jokes about it, fine, make jokes. This virus is a fucking prick. Even if you don’t know someone who has been affected by it physically, you can be sure, at the very least, that your 401(k) or whatever is on life support as a result of it. And if you are making jokes, don’t be a fucking dick about it, OK? You can still be funny and not be a total jerk. Otherwise you’ll end up like Representative Matt Gaetz (R-Florida), one of Congress’ Trump-iest dimwits, who thought it would be funny last Wednesday to wear a giant gas mask to work on the same day he and his colleagues were voting for a large funding bill to combat COVID-19. I’m sure he thought he was making a point about, I don’t know, Deep Liberal State Media something or other? Isn’t that all these idiots bark about? Anyway, sadly, one of his constituents died as a result of the virus just days later, forcing Gaetz’s office to scramble to issue a hasty apology.

So I guess what I’m really saying is don’t be like Matt Gaetz, which I think is pretty sound advice for any situation.