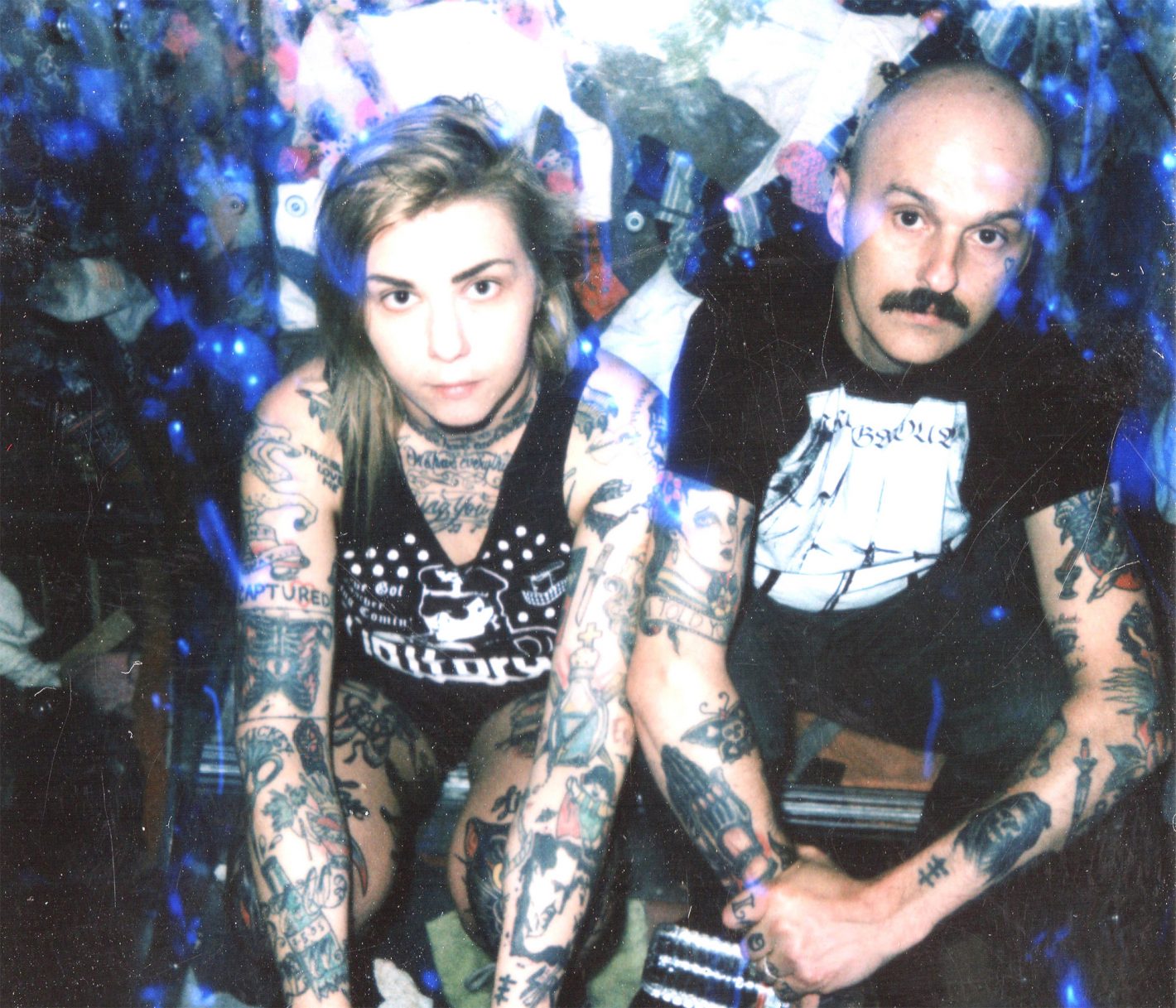 Before industrial music claimed a mass youth audience in the ‘90s, thanks in part to the danceable brutalism of Nine Inch Nails and the parent-scaring theatricality of Marilyn Manson, it belonged to a much larger, less-publicized musical underground, just one untamed species among others as disparate as hardcore punk and extreme metal, wedded only in their total cut-off from the pop world. Industrial itself would’ve seemed the hardest sell at the time suspended as it was between early experimental, synth, dance music and unsettling, hellish imagery.

Decades later, as genre boundaries blur and the term “underground” becomes a more useful description aesthetically than territorially, industrial hardcore/EBM group Youth Code thrives happily outside of the concept of scene. Though they have more in common with their ‘80s forebears like Front 242 and Skinny Puppy the de-balkanization of the streaming age has won them fandom amongst punks, metalheads, goths, hip-hoppers and synth-poppers, leading to collaborations with Chelsea Wolfe, Refused, AFI and Clipping, not to mention praise from industrial OGs Front Line Assembly and Psychic TV.

Youth Code, a duo consisting of couple Sara Taylor and Ryan George, formed in Los Angeles on a whim in 2012, sparked by an impulsive claim from Taylor that she had a band ready to perform at an impending record store showcase. George had been a figure on the straight-edge punk scene some years prior, but he had an itch to dabble in electronics, and as a new couple, the two had bonded over a mutual adoration of sonically adventurous ‘80s industrial.

Nearly eight years later, after two albums, numerous EPs, an impressive amount of collaborations and a formidable touring schedule, Youth Code is a more energetic beast than ever. Later releases have shed some of the classic ‘80s industrial trappings in favor of more brutality and speed—their raw and mechanically enhanced energy spiked with the adrenaline and panic of the online rage age. Just listen to 2016’s “The Dust of Fallen Rome,” or their 2018 single collab with HEALTH, “INNOCENCE,” to feel the full brunt of their art. Taylor’s vocals have a frightening power, harsh to the extreme, the sound of a tormented cyborg soul attempting to crack the heavens from the razored depths of the digital wasteland.

But for all of Youth Code’s hostile trappings, they are ultimately fueled by their central relationship, both personal and artistic. A mutual love for their music, a shared instinct for spontaneity and a constantly renewed energy to attack every track, performance or development with the same ferocity.

Ahead of their March show at Ace of Spades as part of their 2020 North American tour with Swedish punk icons Refused, we got the chance to speak with Sara Taylor about Youth Code’s particular brand of dystopian hardcore. 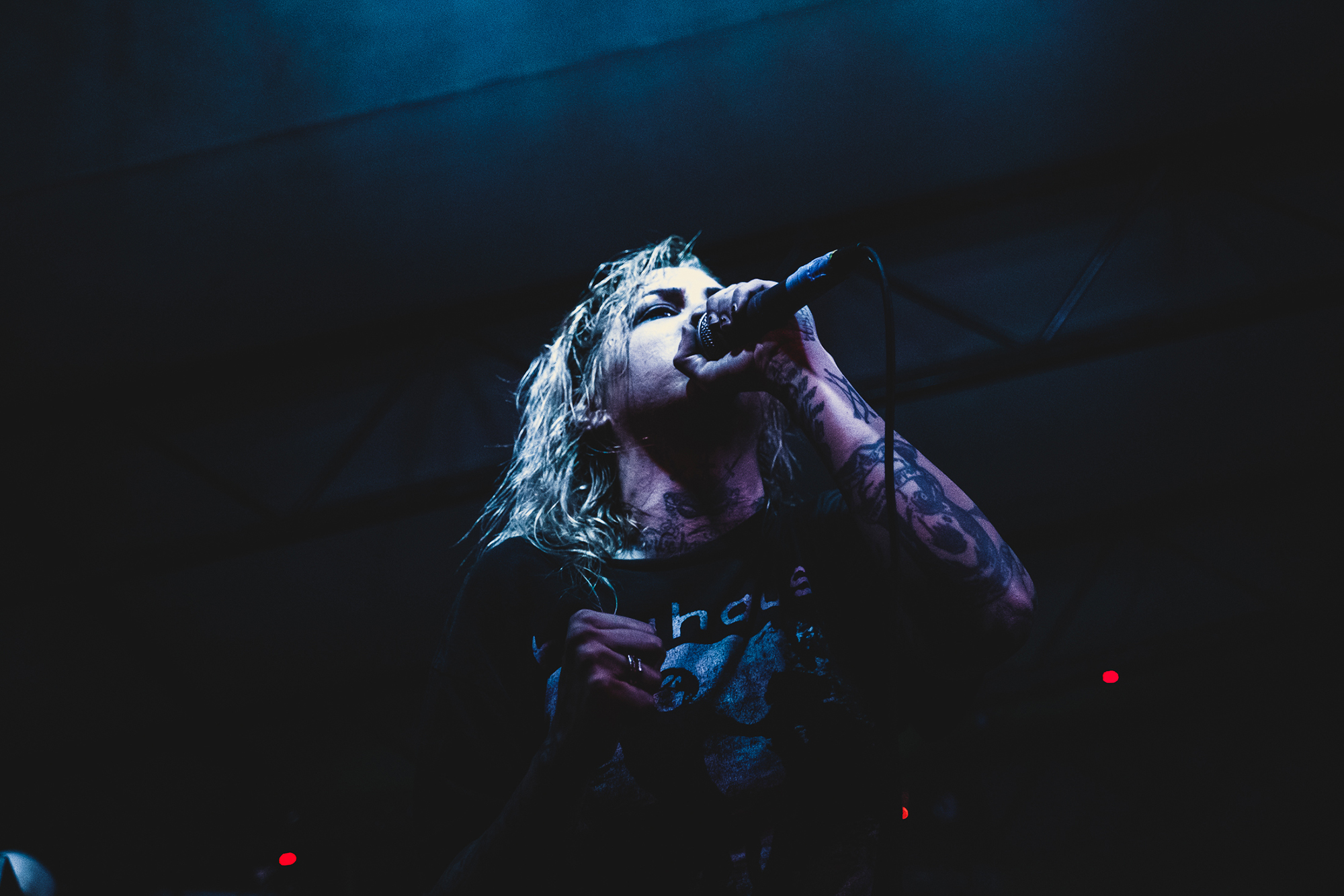 I’ve been curious since I first heard your music—you have a very intense and harsh vocal delivery. Do you have a special method of training or protecting your voice?
No. If anything, I’m probably very, very horrible to my vocal cords. You can hear how I sound in our conversation right now [laughs]. I’ve smoked since I was 13. The thing I’m trying to do now is I’m trying to figure out how to direct screaming in a more melodic sense, like Trent Reznor. It’s a harsh tone, but it’s singing. I’m trying to figure that out. My voice for sure has suffered from these years of doing this, especially at the beginning of it. I think now I have a more clear sense of direction between what’s gonna kill me and what’s going to let it be sustained. It’s gotten to a level where I feel pretty comfortable with my screaming. And you find a different push when you’re live that doesn’t exist in the studio. In the studio I can do maybe two songs before I blow my voice out, but live, there are like, endorphins that get me to scream better. I don’t know how to describe it.

There’s been a lot of analysis of industrial in recent years, books written and so forth. The genre has a lot to say about humanity/inhumanity, alienation, mechanization and so forth. Do any of these ideas resonate with you or the group in particular? What drew you to this music originally?
I enjoy the theory behind certain genres, but mine is pretty simplistic. For me personally, any influence I took was from the kind of music my father liked. My father was a very big influence on what I was into musically. I attempted to rebel against my parents by listening to metal. I liked the aggression of it. I still do. But my father was into stuff like Depeche Mode, and I liked the sound that could be generated from electronic music. So industrial, when I stumbled upon it, at the early age of like, 10, 11 years old, it was like a perfect blend of the aggression I liked and also the electronic, more out-there sounds that piqued my interest. I never really looked at industrial as being something that had a message embedded in the way it was created. I see it as a continuous exploration in how far you can push the limits of sound.

When Ryan and I first got together, one of our very first times hanging out, before we were even a band, we just sat around listening to Skinny Puppy really loud. We both just knew the type of stuff that we liked and were drawn to. We didn’t get into the theory behind it.

But on the same token, I feel like now more than ever, because of the way we as humans are progressing into being more advanced with technology, I think the genre does encapsulate a lot of what’s going on with the world.

You’ve had a pretty hectic touring schedule since your last album, Commitment to Complications, came out in 2016. How do you balance that with creating new material?
We were always a band that from the beginning, up until now, just came out of the woodwork, like tour, record, tour, record. It’s been really nice the past four years. We’re still sort of touring on Commitment to Complication because we haven’t made any announcements as to what’s in the works right now. But it’s been nice to be able to step back and focus on what’s going on with us personally; we started Youth Code less than a year into being in a relationship. So to be consistently and constantly working, back to back—start dating, make a tape, then you make a 7-inch, then you make a record, then you tour all the time.

We definitely have been recording stuff and hope to have a record out before the end of the year. We have about 16 to 17 demos done.

There’s this sort of forgetfulness about how people want content. They don’t think about how much they’re pushing. The artist becomes afraid, thinking, “Are people going to forget me if I don’t do things instantly?” I don’t think we focus enough on the mental health of people who are creating, thinking about if they’re in a good state. 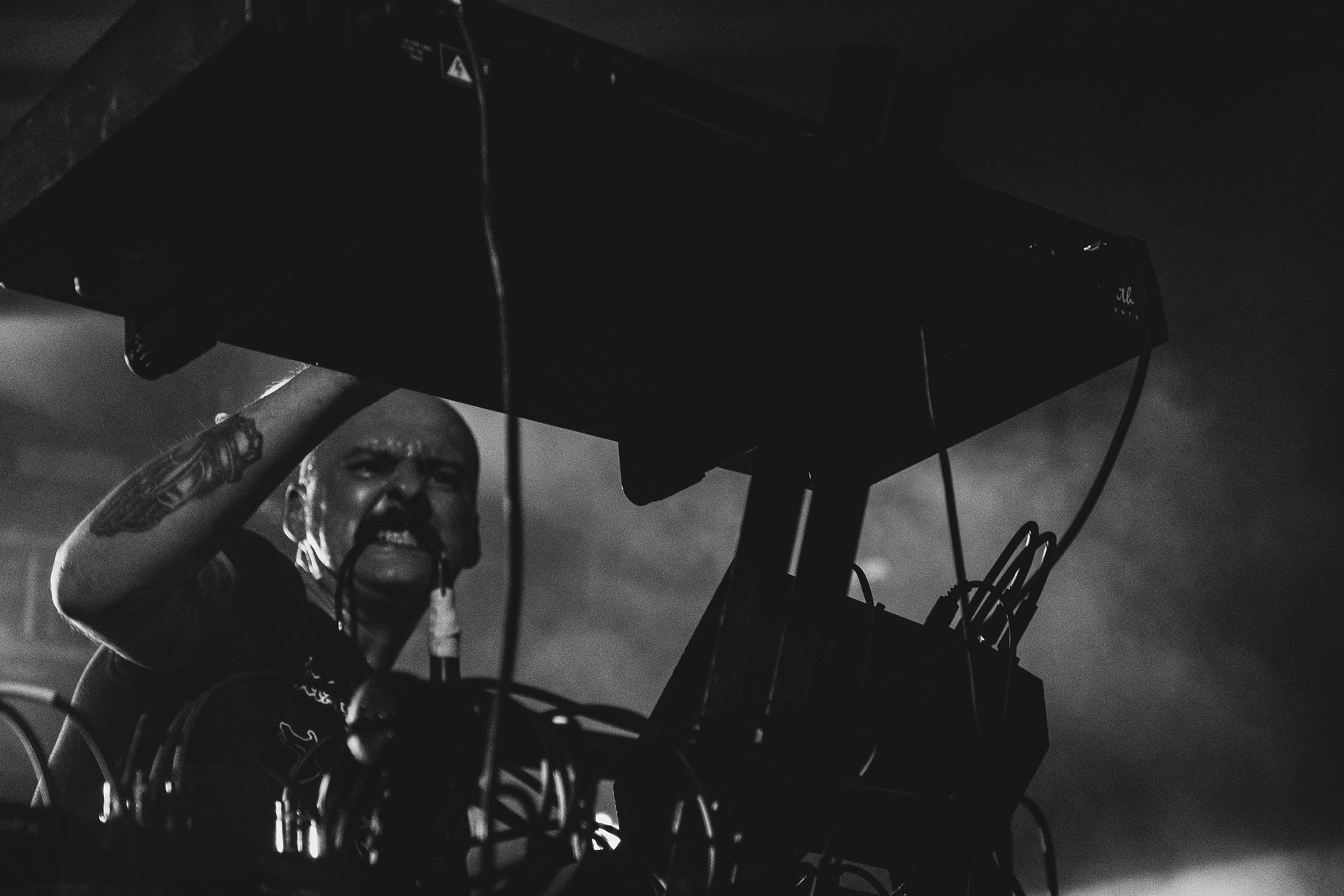 I get that. You see that especially now with younger artists that are dying or overdosing.
It makes perfect sense to me, as someone who’s been hyper-sensitive my entire life, why a lot of these people are burning out as quickly as they are, is because everyone just wants to consume, consume, consume, and no-one stops and goes, “Hey, are you doing okay?” A lot of these artists get wrapped up in really bad substance abuse problems. It’s super important to give people space for their mental wellbeing.

You’ve had the chance to collaborate or tour with a lot of your heroes. Anyone in particular that had you the most excited?
At the beginning of this, we had no idea that people in Front Line Assembly or Skinny Puppy, any of these people who seemed so far up out of reach.

As far as people we’ve asked to work with, we’ve only reached out to a few people directly to collaborate with us. Like on the last record, we had Todd [Jones] from Nails, who’s an amazing guitarist—super sick riffs—and Ben [Falgoust] from Goatwhore, who I’ve known of since I was like 19, and I’ve always been excited about how he does stuff. So to bring them into what we were doing and see how they can contribute to our music which is aggressive, but decidedly not metal, was really fucking awesome. I’m excited about everyone we get to work with, to be honest.

What have you been listening to, and what’s your favorite record?
Mechanical Animals by Marilyn Manson is my number one record of all time. Right now, I like a lot of new black metal that’s coming out, but I feel like I need to do more homework on it, because I don’t exactly know all the beliefs of everyone, so I don’t want to end up promoting something I don’t like. It’s hard—even if they’re talking about dragons, you know, it might be a metaphor for something really shitty.

As far as other new music … I haven’t worked at a record store in like six years, so I don’t stay as much on top of everything current, and I’m so head-first into creating music that I kind have just listen to my old staples. I’m sure that I’ll get shit on a lot for it, but Orgy’s second record, Vapor Transmission? I still listen to that pretty much once a day. I’m pretty much the same idiot as I was when I was a teenager.