Outside the 9-to-5: Yosemite Trivia 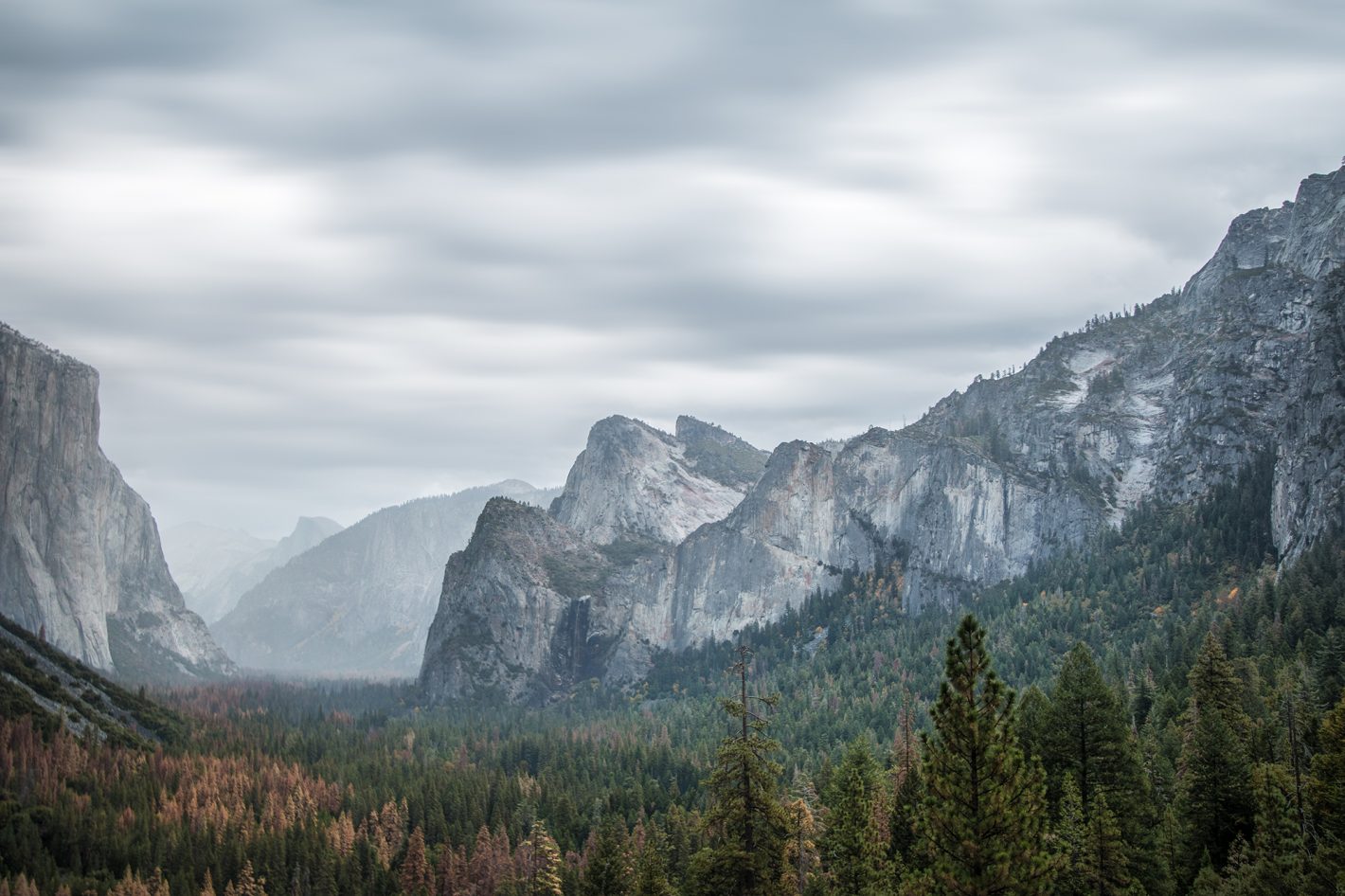 The fires in California seem to be subsiding and Yosemite is back in action. It’s no longer 100 degrees in the valley, leaves are changing colors and you may even need a sweater in the morning and evenings. Ahhh, fall. After a recent trip to Tuolumne Meadows with my mom, she had many questions for me regarding the national park that I felt I should know, not only as an outdoor enthusiast, but especially as an avid Yosemite attendee. So, with my combined love of Yosemite Valley and trivia nights, I bring you Yosemite Trivia.

When and how did Yosemite become a national park?
Let’s start with the longest story. Note: This recollection of history is a vague representation of the birth of what we know today as Yosemite National Park.

Perhaps more than 6,000 years ago, humans inhabited the region we know today as Yosemite Valley. Named by Native Americans for what it appeared to be, the valley was originally called Awooni (Ahwahnee), meaning gaping large mouth. The tribe that inhabited the main valley called themselves the Ahwahnechee, or “dwellers of Ahwahnee,” but were called by other tribes as Yos s e’meti, which, legend has it, translates in Miwok to, “those who kill.” The Ahwahnechee tribe had a bad rap, though all in all, things were good.

In 1849, the Gold Rush brought thousands of “non-Indians” to the scene. When money is involved, usually killing is, too, and by 1851, theft and murders of the native people continued, resulting in the Mariposa War. The Ahwahnechee village was lit to flames by the white men and the tribe was forced to relocate to a reservation near present-day Fresno. The valley was then dubbed Yosemite—an American take on Yos s e’meti (remember that one? Those who kill?).

Shit was going down in the worst way possible for the Native Americans, but things looked bright for the white men and their new land. While on its way to demolition by cattle, commercial businesses and tourists, the land became safeguarded when Abraham Lincoln signed the Yosemite Grant in 1864, placing Yosemite under the protection of the State of California.

Twenty-six years later, 1,500 square miles of “reserved forest lands,” not including the valley itself, became known as Yosemite National Park by U.S. Congress. John Muir, an advocate for wilderness preservation (to say the least), wasn’t quite satisfied, so he embarked on a camping trip with President Theodore Roosevelt in 1903 and convinced him to include Yosemite Valley in the national park boundaries. His wishes were granted in 1906 and the park became all of what it is today.

How long do baby bears hibernate with mom?
American black bears, found in Yosemite, mate during spring. Mama bear prepares for hibernation and begins her deep sleep. Keep in mind, a bear’s hibernation is milder than rodents, as they can be easily awoken. In mid-winter, baby bears are born in the den (barely the size of squirrels!) and overdose on milk and naps until it’s time to exit the den in mid-March. Cubs learn all about the perils and excitements of life from mom during that first spring and summer, re-enter the den, and complete their first lap around the sun. The following June, when the cubs are about a year and a half, mama bear becomes suddenly intolerant and chases the cubs away. It is now time for them to fly on their own as mama will again reproduce.

What’s with the glowing waterfall in February?
In February, Horsetail Falls becomes illuminated only if all the conditions are perfect: enough water, bright red and orange hues in the sky, and a correctly angled sunset. Sometimes called the Firefall, this term actually refers to a tradition that went on for nearly 100 years, in which burning campfire coals were pushed off the edge of Glacier Point, creating what looked like a “firefall.”

Why did some of the historic property names change in Yosemite?
In 2016, Delaware North, the parks concessioner for two decades, lost their contract with the park and Aramark took over the job. Somewhere in those 22 years, Delaware North trademarked the names of select properties, without the park knowing. The trademarked names include: The Ahwahnee, Wawona, Badger Pass, Curry Village, and they even threw in Yosemite National Park. Requiring $51 million from the park, Delaware North and the National Park are currently battling it out in court for what could be years to come.

If there is one thing I learned from all this, it is that kindness can be scarce. Be kind to others and adventure on!