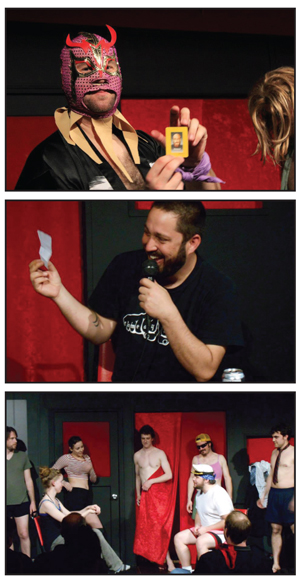 The Sacramento Comedy Spot’s Third Annual 48-Hour Comedy Marathon is exactly what it sounds like, two straight days of comedy shows featuring some of the Spot’s most successful main stage shows along with cult favorites and even some brand new show formats that they’ll be testing out for the first time. This year the marathon kicks off at 8 p.m. on March 27, 2015, and doesn’t wrap up until 8 p.m. on March 29. You’ll see everything from Strip-prov (improv meets strip poker, anyone?), to Saturday Morning Cartoons (comedians providing voices for your favorite cartoons), to Gag Order (think Whose Line is it Anyway?), to The Top 10 List Podcast (live podcast taping where topics range from “People who Changed the World” to “Most Doable Hollywood Actors”), to Lady Business (all female improv troupe), to YOU! the Musical (like a Broadway Musical, but inspired by audience suggestions) and so much more! For a full rundown of events and to snag passes that are good for the whole marathon and/or individual show tickets, hit up 48hoursofcomedy.com.