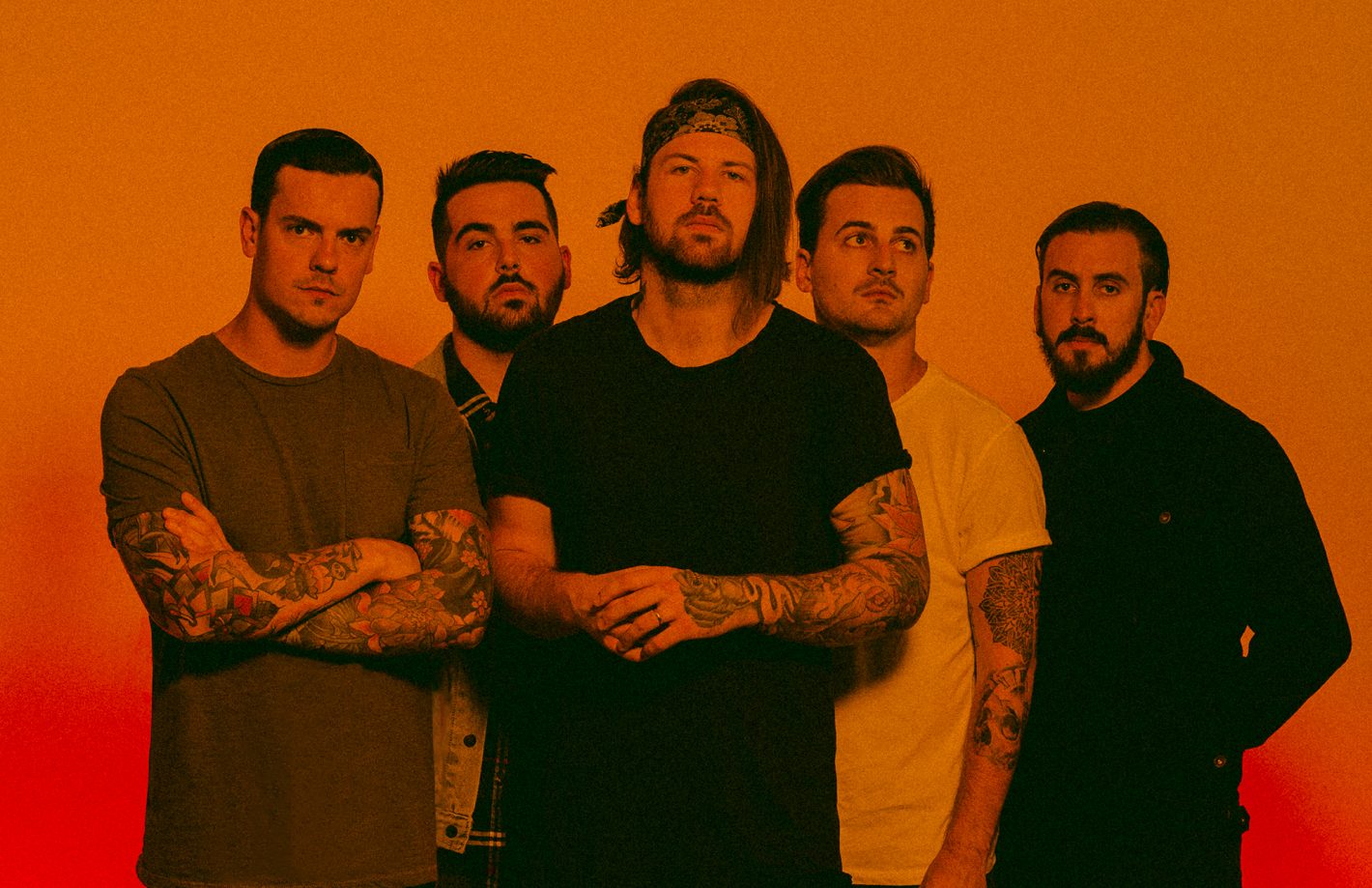 Caleb Shomo first hit the scene as the keyboardist and later vocalist for electronic/hardcore act Attack! Attack!, which lasted until his departure from the band in late 2012. However, Shomo had been writing songs on his own prior to his departure, which allowed him to quickly segue into his current band, Beartooth. The band signed to Red Bull Records in 2013.

Since 2013, Beartooth has released three full length albums and one EP, with the most recent effort—Disease—debuting Sept. 28, 2018. The band is currently on their first major tour in over a year in support of their new album, and approaching the halfway point of their tour, Shomo feels they are finally hitting their stride.

“It’s definitely a bit of a different thing,” said Shomo during a phone interview with Submerge. “We’re playing for about an hour and 20 to an hour and 40 [minutes], depending on the night. So, that’s a lot of songs. It just took a little while to get my voice used to it, get my body used it.”

Over the past couple of years, Beartooth has seen a few changes in their lineup. In 2016, drummer Brandon Mullins left the band, and last April they lost guitarist Taylor Lumley. Zach Huston (guitar) and Connor Denis (drums) were brought in to fill the vacant positions.

“It is great. I truly believe our band is the tightest it’s ever sounded,” said Shomo of the current lineup. “I think we all have been putting in a lot of work to really get our stuff tight, and to play our parts as well as possible. The glue is definitely there. We’re feeling really good on stage.”

As for the band’s recent record, Disease, the reviews as of yet have been mostly positive. Heavy Magazine gave the album 4 out of 5 stars. Aussie outlet Wall of Sound gave it a 9.5 out of 10 rating. British publication Dead Press! gave the album a solid 9 out of 10 lightning bolts (which is apparently a valid rating system), adding, “with Disease, Beartooth continue to take hardcore’s energy and effortlessly mix it with slick and strong melody, administering a record with an abundance of hooks that are only surpassed in volume by unquestionable passion.” In addition to the warm reception from the press, the band also feels the new songs are getting good vibes from the fans on tour from the newest material.

For the band’s live set, they have added “Disease,” “Bad Listener,” “You Never Know,” “Manipulation” and “Infection” all from the new album, and due to positive reception from audiences so far on the tour, the band is considering adding “Fire.” “Bad Listener” has received some attention online from the band’s more metal/hardcore fanbase due to its hard-hitting nature, with fans remarking the band hasn’t strayed from their roots.

“The lyrical content is about having all these people that tell you that you need to have this ‘normal life,’ and that music isn’t a career,” said Shomo regarding “Bad Listener.” “I think it really translates broader than that. That’s to me what the lyrics are about … doing what I want to do, for everybody just choosing our own path and doing what makes them happy. Musically, I really don’t know. I was just kind of sitting around there messing around with a riff. Two hours later I had an instrumental.”

One of the important aspects of being on tour for any band is maintaining sanity and good health throughout, especially when it comes to long stints away from home. This is especially crucial for someone like Shomo, whose struggles with anxiety and depression are well documented in both the press as well as in his lyrical content. When it comes to mental health, Shomo takes self-care seriously.

“Being on the road actually helps [my anxiety and depression] a decent bit,” said Shomo. “For me, getting the exercise of playing a show every night is massive … I think that’s a really good emotional release for me. I really do have to try, though, and be conscious of everything that’s going on. Making sure that I have plenty of time to myself during the day, trying to eat good and exercise. Other than that, I think, that’s just how I do. Meditation every so often also has helped.”

In additional to his mental health, over the course of a long tour, another risk a vocalist must combat is the strain on his vocals. This is true whether you are screaming out metal songs, sonnets or lullabies. Regardless of the genre, every artist has their own way of fighting off the dreaded laryngitis.

“I think it’s mostly about trying to generally have good health,” explained Shomo. “Having a good, clean diet is definitely a first step. I feel like when you just eat a bunch of junk, it can mess with your stomach, which can mess with your throat in turn. Aside from that it’s honestly simpler than you would think … just stay super hydrated. We drink a lot of water throughout the day. I always have a Pedialyte on stage to try and make sure when I am sweating it out I’m able to run the course. Getting a good eight hours of sleep. Generally trying to maintain health and pace yourself throughout the show, don’t try to burn it out on one.”

In addition to his work with Beartooth, Shomo has also worked on his electronic project CLASS. While the project hasn’t done much since the 2013 debut EP outside of a few remixes, CLASS remains sort of active (similar to the way the Postal Service remains an active project). For his own projects, at least for now, Shomo has preferred to keep his musical styles like his laundry: separated.

“For me [electronic music] is just kind of when I grew up and just started discovering my tastes a little more,” said Shomo. “It just feels more natural for me, at least with the music I make. I just like having them separate. I mean, don’t get me wrong … I still produce bands that integrate both, and I still love bands that use both. Enter Shikari was a huge influence on me at an early age, and I think they were some of the pioneers of metal-electronic stuff. But, being at this point in my life, I just like to keep them separate. If I’m in a guitar-driven band, I try and make the sounds using pedals and guitars, but if I’m making electronic stuff I just like to dive down into that rabbit hole as well.”

Shomo joined Attack! Attack! when he was 14 years old in 2007. At this point, he has been in the music industry for more than a decade, and could be considered a veteran. However, despite being so experienced at such a young age, Shomo sees his age and his experience as a non-factor.

“For me it’s all I’ve ever really known,” said Shomo. “I think for most people, they find it a little bit bizarre, but to me, everybody I know in this industry has been in it 10 years, so it feels kind of natural. I don’t really think about being 25 that much. I think about the day-to-day, what the band needs, and I don’t think age has much to do with it to me.”

As for his career, Shomo found his way into an industry quite early on. However, were he to suddenly find himself leaving music for whatever reason, Shomo has some ideas as to which direction he would take in regards to his new career path.

“If I wasn’t into music, I would probably try to find a job in the golf industry,” said Shomo. “I just love golf; it’s a big part of my life. When I’m on tour, I try to play as much as I can. I really don’t know what I would do, but something related to golf would be awesome.”

Beartooth will play Ace of Spades (1417 R St., Sacramento) on Nov. 3. Also performing will be Knocked Loose and Sylar. Doors open at 6:30 p.m. Tickets are $25 and can be purchased in advance through Aceofspadessac.com.