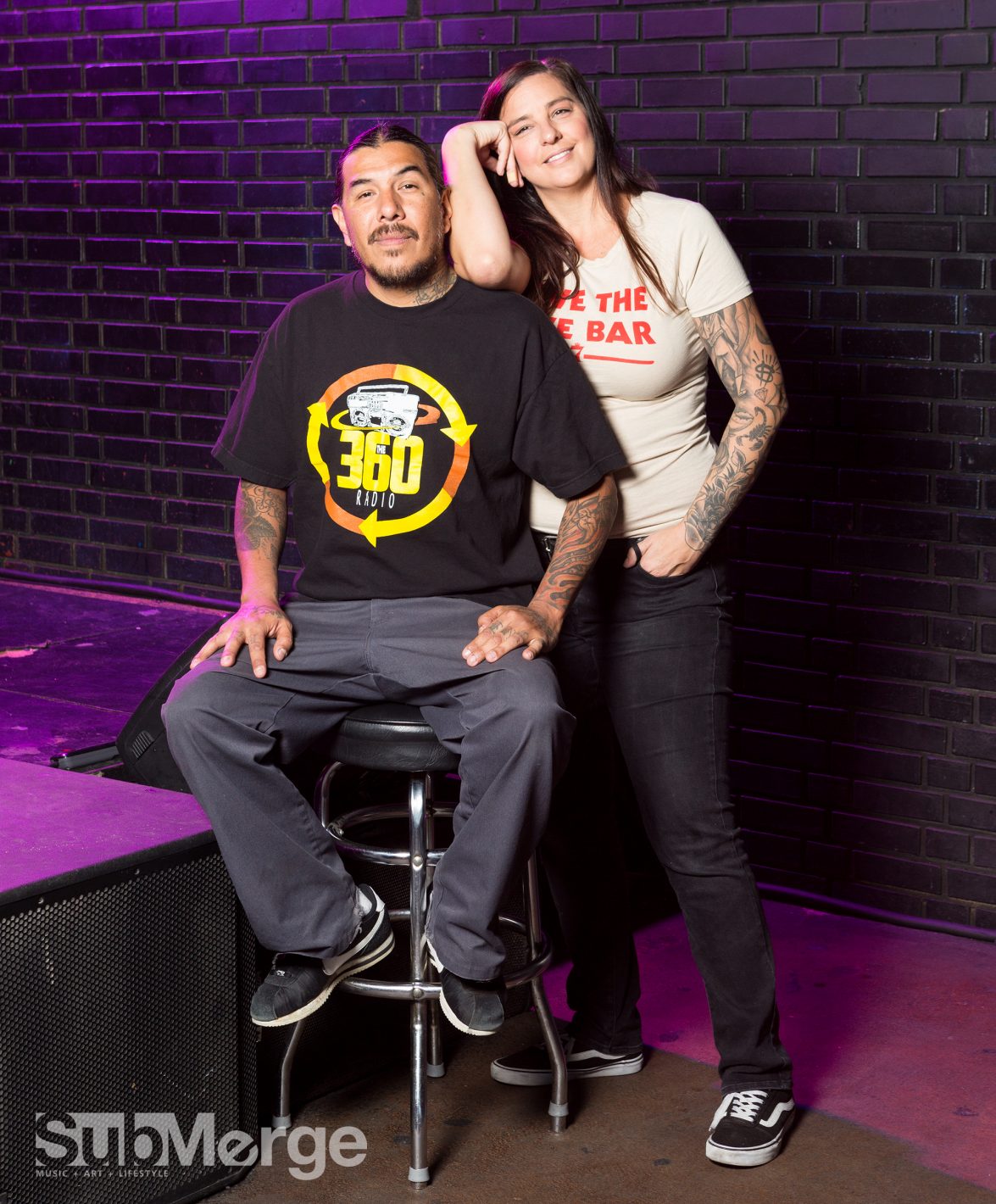 Photo of Gabi and Ben Garcia by Kevin Fiscus

Just weeks after the beloved local all-ages music venue Cafe Colonial (3520 Stockton Blvd.) hosted its final show, new ownership has stepped in to take over the lease of the building in order to keep the space alive, and they’re familiar faces to the Sacramento music community. Gabi and Ben Garcia, owners of the respected bar and music venue Blue Lamp (1400 Alhambra Blvd.), confirmed with Submerge in an email on Dec. 12 that they are in fact taking over the Cafe Colonial space and that it will remain an all-ages venue. They also mentioned that, “as of right now business as usual at Blue Lamp,” so they will be operating both spaces.

In the hours and days after I first saw Capital Chaos TV post the news on their Facebook page (got to give credit where it’s due!), tons and tons of feedback started coming in from the local music community, all of which was astoundingly positive. Joshua Dale Kräge of local band The Pressure Lounge commented, “DOOOOOD. This is investing in the community!” Fellow local musician Vinnie Guidera mentioned, “So stoked. Congrats, and thanks for everything that you guys do!” Derek Fieth of the band Pets exclaimed, “Awesome! Congrats to you, and to all of us!” Dozens of others offered similar sentiments and many even offered to help with manual labor and other aspects of getting the space back up and running, confirming something that we here at Submerge have always known: that the Sacramento music community in large is passionate, caring and here for each other when we need it.

As for when the Garcia’s could get the new space up and running? “We were hoping by the first of the year but it does not look like we will be able to make that happen,” Gabi told us. “Hoping by spring but might soft open the front room first.”

In addition to the all-ages shows that will be booked by the Garcias and a number of reputable local promoters like Punch and Pie Productions, First Unit Ent. and Atlantean Collective, the Cafe Colonial (as suggested by the name) will also continue to offer beer, wine and wine cocktails, along with sandwiches, salads and other bites.

Search for “Cafe Colonial” on Facebook to find and “like” their new page for the venue, and while you’re at it, be sure to follow Blue Lamp on all socials to keep up with stuff going on there. If you missed it in print, check out Submergemag.com to read our recent feature story on Gabi and Ben and their five year anniversary of running Blue Lamp.