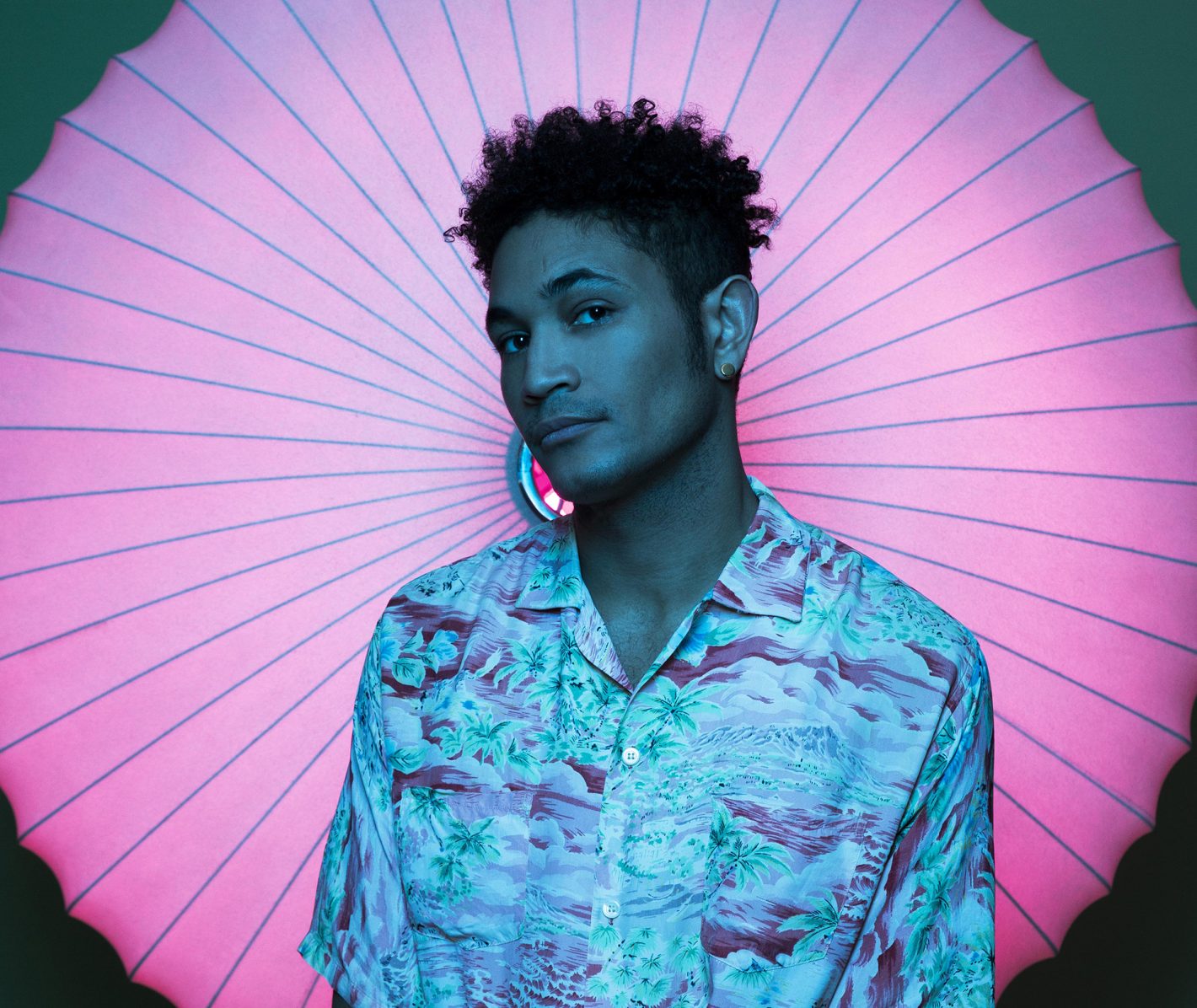 Most people know Bryce Vine for the success of his 2017 single “Drew Barrymore,” but the actress who’s helped shaped his life isn’t the one we’ve heard him rap about.

Vine—born Bryce Ross-Johnson—lived a humble lifestyle with his mother in a New York City apartment until his first birthday, when they both moved to Los Angeles so that his mom could pursue an acting career. She made her mark with a main role on the soap opera Passions, and while a career in the entertainment industry wasn’t the plan for Vine, with inspiration from his mother’s dream, he eventually found footing in the City of Angels as his own artist.

“I saw her go from struggling when I was super young, trying to keep her own values and morals in an entertainment industry that people get lost in all the time, and making it work,” Vine said over the phone before the first night of his 25-city tour began on the East Coast.

Vine was mostly self-taught musically, learning at age 13 to play the guitar that his mother bought for him before playing in a punk band in high school. He was eventually accepted at Berklee College of Music in Boston where he met his producer, Nolan Lambroza. What seemed like the ideal path for the young Vine, “everything is clear in retrospect,” he explained.

While his time at Berklee proved important for Vine, it cast doubts in his life as to whether his musical pursuit was worth it.

“I was two months into Berklee, and I was positive that I didn’t belong there because there was a huge pool of talented people and I never really considered myself a great singer,” Vine revealed. “I called my mom and I was like, ‘I think I made a mistake; I don’t deserve to be here.’ I was overwhelmed.”

Despite the competitive surroundings, Vine’s mother convinced him to stick it out and apply for a spot on Fox’s musical series, The Glee Project.

“When I was at Berklee, Glee was everything,” Vine said. “Everyone was auditioning for this show and I wasn’t going to; I hadn’t watched an episode, and my mom hit me up the last night that you could put an audition tape online, so I sang ‘Gold Digger’ by Kanye West.”

Vine’s audition earned him a spot on the series, however, he was ultimately the first one voted off of the show.

“I got way more hate from The Glee Project than I have so far in my career as an artist, which is kind of baffling to me, but I’m prepared for it now,” Vine said about his brief time on the show. It’s another experience for him that’s much clearer in retrospect. “It prepared me for all of the things it takes: the practice, presenting yourself as yourself on camera and more than anything it prepared me for the scrutiny,” he continued.

In 2014, Vine released his debut EP, Lazy Fair, which featured two hit online singles, the nostalgic pop-rap “Sour Patch Kids” and the upbeat electronic jam “Guilty Pleasure.” In spite of the EP’s success, Vine was eager for the next step.

“I was longing to travel and understand the world, and when you write for a living, you constantly need new stimulation and you need to take in the world around you,” he explained.

Following the acclaim of Lazy Fair, Vine earned a spot on Hoodie Allen’s Happy Camper European Tour, and finally got his opportunity to see the world as an artist. He would then go on to release his next EP, Night Circus, a still nostalgic but more cynical take on the city that he grew up in, named after Bret Easton Ellis’ novel that satirizes the celebrity culture of Hollywood in the ‘80s.

Despite growing up in Los Angeles, Vine says that he always felt like an outsider in Hollywood because of his humble roots.

“It kind of allowed me to see everything through a glass wall while I’m walking around L.A. and going to parties, but feeling a little bit like an outsider because I see the world differently than a lot of people do,” Vine said about the content of Night Circus. “That’s what I’m talking about with any of the ‘cynical’ stuff; it’s fun and it’s in the moment—I get it—it’s just not long term … and I read too much to fall into it.”

Vine received an offer from a major record label around this time, but after meeting the record’s president, the deal was taken away.

“I really had to get that fire that wasn’t there,” Vine said, “and once that happened, I started producing a lot more of my stuff, just like when I was a kid … all of the sudden everything started happening.”

Vine reevaluated his career after that fateful meeting and developed a routine by going to the gym everyday to stay motivated.

“I would reward myself by sitting in the sauna for 20 minutes after the gym and just sit there and read and not focus on anything else, just reading my book, and then going to the studio,” he said. “For months I did this, and would just fail at writing every single day … and then the wheels just started turning.”

The metaphorical wheels turned out to be the influence for his hit single “Drew Barrymore.” Vine describes the song as a “Frankenstein” project, one that originated when he was writing constantly after his gym sessions and was finally completed with a hook from a voice note that he received two years prior from singer Julia Michaels.

“I was trying to write a song that focused on how somebody makes you feel and what it would be like to spend your whole life in a room with somebody,” Vine explained about the basis for the track.

After early struggles—from Berklee, to The Glee Project, to losing out on his first major record deal—Vine’s dream finally came to fruition in November 2017 when he signed with Sire Records.

“For the first time in my life, I felt like I could introduce myself as an artist … I never wanted to be one of those people who walked around Hollywood and said I did a bunch of shit that I didn’t do,” Vine said.

Fast-forward to today and Vine’s dream girl-inspired hit currently has more than 100,000,000 plays on Spotify, and he’s working on his first official album, Carnival, slated for a summer 2019 release. The album’s first single, “La La Land,” is expected for an early March release with a special guest feature, which Vine has yet to reveal.

I spoke with Vine on the morning of the Super Bowl, just hours before his show, and asked him who he’d be rooting for later that night.

“I’m not watching it,” he said, “I’m gonna be on a train from PA to New York writing the last song that needs to be finished on my album … very few people get this kind of opportunity so it’d be stupid to squander.”

He may have Drew Barrymore’s muse to thank for his rise to fame, but it’s the guidance of his mother that pushed the 30-year-old rapper to his status as hip-hop’s next breakout artist.

Bryce Vine’s show at Harlow’s (2708 J St.) on Wednesday, March 6 is already sold out, but, it was just announced that he will also play Sacramento State’s University Union Ballroom (6000 J St.) on Thursday, April 18. Tickets are on sale now at SacStateUNIQUE.com.