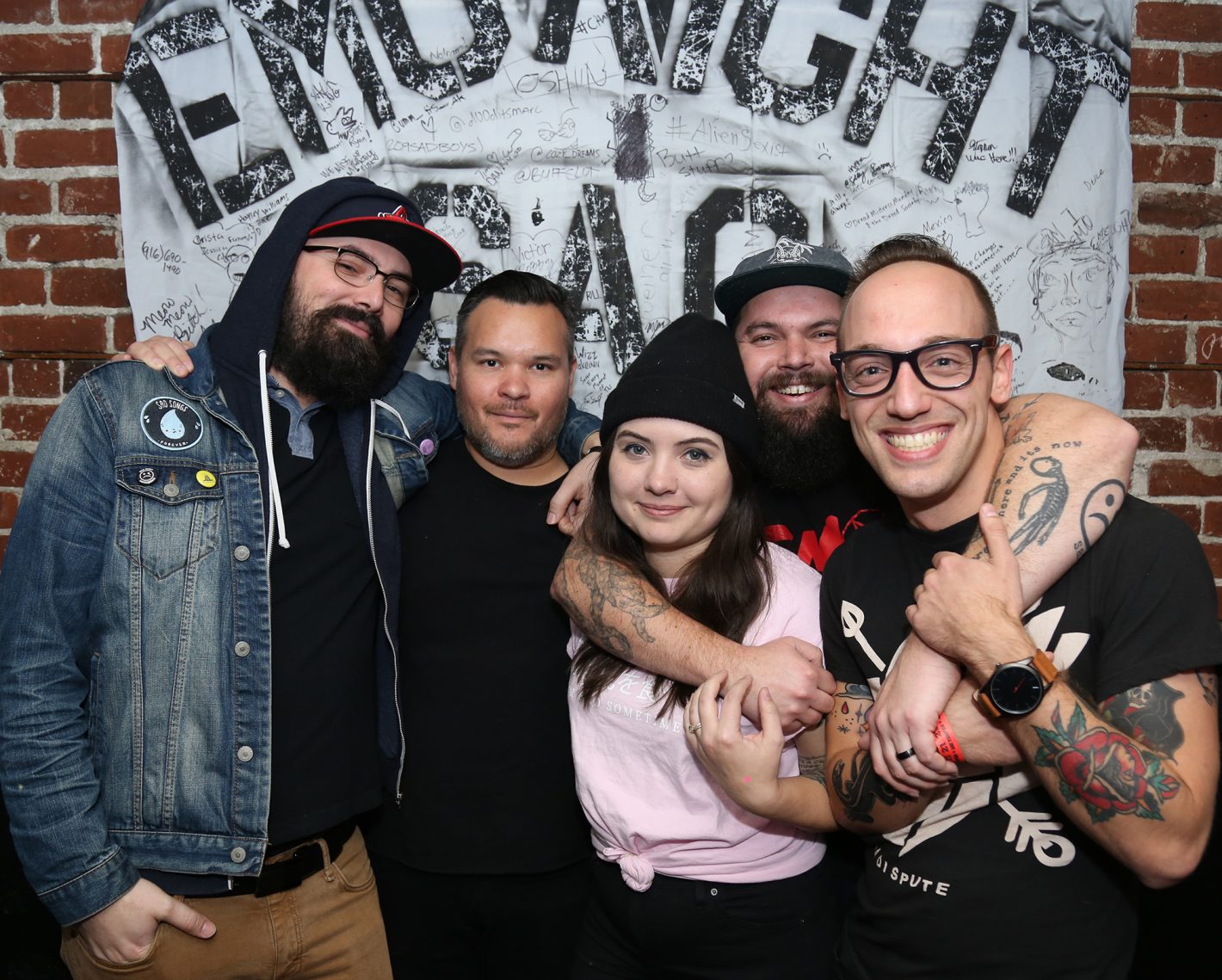 It wasn’t all that long ago when there was a possible court battle looming over promoters across the country putting on their own “Emo Night.” Some folks in Los Angeles decided to trademark the word “emo” and essentially corner the market on club nights that play pop-punk and post-hardcore from the early aughts. Long story short, the courts ruled that those people could not trademark the name of an entire genre, they have an event called “Emo Nite” and other emo nights across the country go on in peace and harmony.

Marcus Leonardo wanted to start a similar night and found a pretty easy way to get around the emo controversy—he changed the name. Sad as Fuck Sundays was a weekly night at Bottle and Barlow that played the same music in high school that got you labeled as a “scene kid.”

“It’s this thing that takes you back,” said Leonardo. “All of this music has a pop sensibility to it. You can have those concert vibes and still dance.”

Nostalgia has been a huge success for clubs and bars for years with events in Sacramento catering to fans of ‘80s pop, Motown and even “OG” reggae and rocksteady. It seemed like it was a matter of time before emo and indie rock had their own club nights that started to pack bars.

However, these nostalgia nights don’t always have the most longevity. For these events to last, they needed someone who was and still is deeply embedded in the scene and music. That’s why Sacramento is lucky to have Leonardo, an emo veteran, and his co-creator Jenna Roberts. 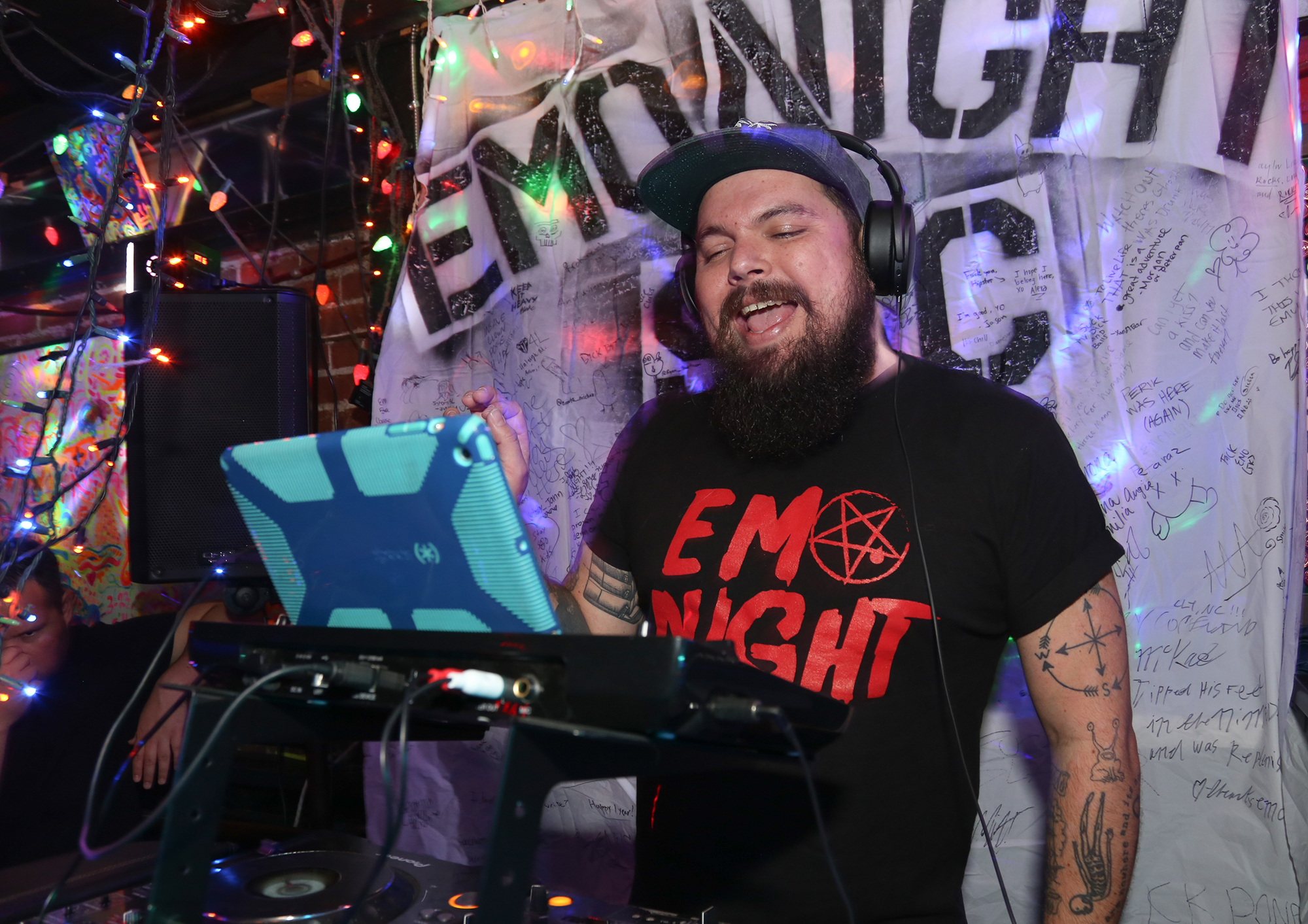 Leonardo says he grew up in the emo scene when he lived in Los Angeles, having been in bands like Roses for Ophelia and going out on Warped Tour filling in on vocals for Scary Kids Scaring Kids. That knowledge of the fanbase and experience in the early aughts emo heyday has helped Leonardo catapult his own Emo Night into its second birthday.

Another factor that contributes to Emo Night’s success in Sacramento is Leonardo’s ability to keep from becoming monotonous. Sure, if you go to The Press Club on the last Wednesday of the month, you’re going to hear “Welcome to the Black Parade” by My Chemical Romance. But there’s also the live music aspect of the night that has come into play more recently. Leonardo has expanded the brand to become the Emo Night Tour, which he takes up and down the West Coast. When on tour, it’s more than some Panic! at the Disco being belted out through a club’s sound system; the tour is a full-on show with the Emo Night Tour Band, which consists of Leonardo on vocals, Stephen Hendry of Drop Dead Red on guitar, Casey Sims on bass and Clay Wolery on drums doing a set full of covers. They also have local bands join them including the Seafloor Cinema, Vinnie Guidera and the Dead Birds and Eugene Ugly. The Seafloor Cinema will be joining the Emo Night Tour up in Portland and Seattle on their next outing.

Those live experiences in Sacramento take place at Holy Diver, but the monthly night is staying right where it is at The Press Club.

“The Press Club will always be home,” said Leonardo. “We’re not on a stage [at The Press Club]. We’re you guys and we’re giving you the music.” 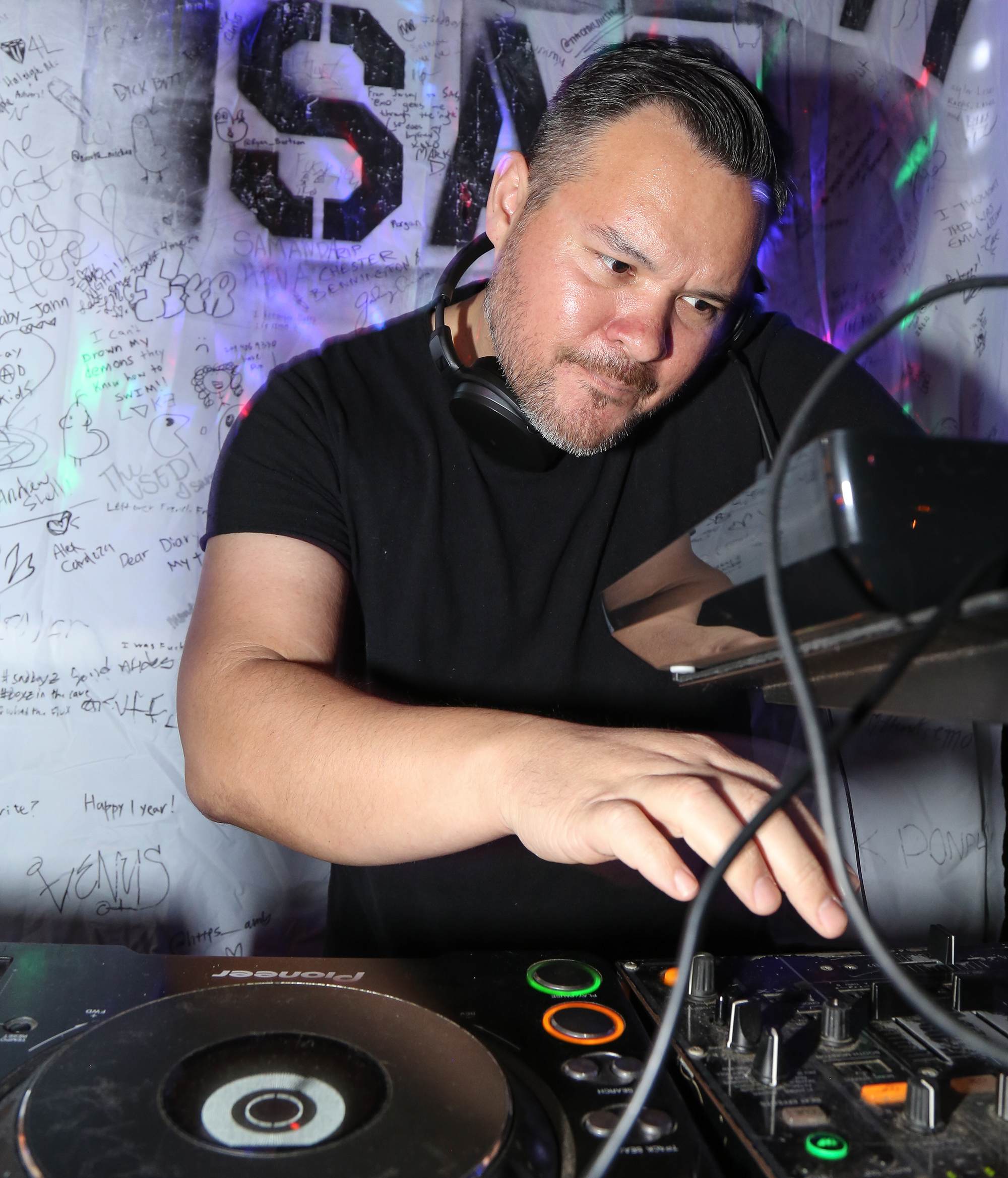 The term “emo” can strike up some controversy, which some readers have likely already deliberated while reading through this article. Mainly, are the bands you expect to hear at Emo Night (Fall Out Boy, Paramore and Taking Back Sunday, to name a few) actually emo? If you’re an emo purist and you bow down to the likes of The Promise Ring, then Leonardo has some advice for you.

People in Sacramento have been celebrating the emotional, pop punk-esque music with Leonardo for three years, two of those beneath the Emo Night banner. He has some plans to make their upcoming anniversary one of their biggest nights yet.

Last year, for the event’s first birthday, special guests included Matt Mingus of Dance Gavin Dance. The party also had some live performances from locals Eugene Ugly and With Wolves.

Leonardo has plenty planned for the Jan. 12 party at Holy Diver, as well. He’ll be DJing the night along with usual Emo Night DJs Hunter Chollet, Jenna Roberts, Tony Pitkin, Salvador Fernandez and Adam Jay. The rest of those details are not ready to be announced, but Leonardo wants you to know that they will make your little emo heart happy. 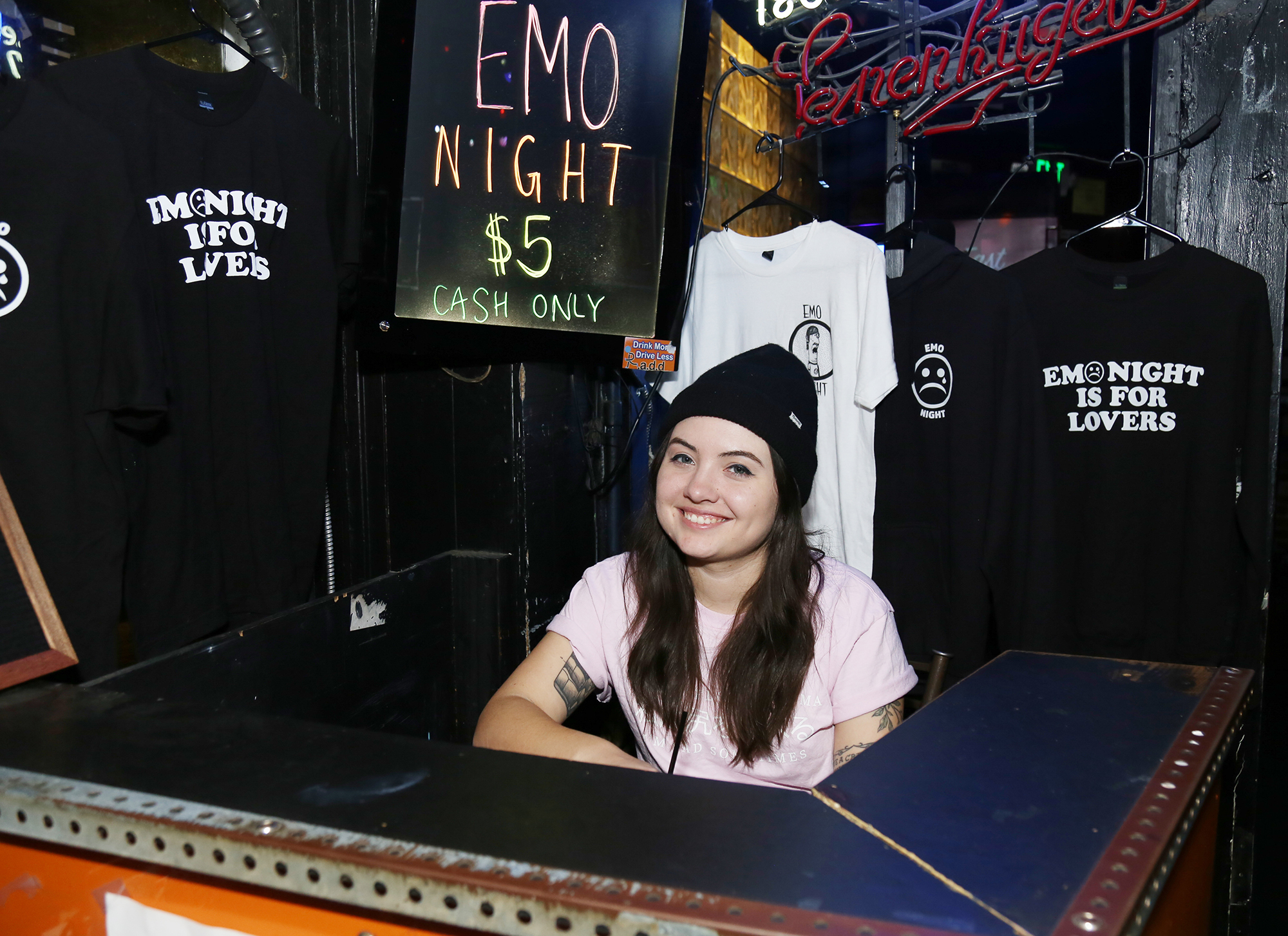 It’s difficult to ignore the effect that nights like this have had on the music business in general. Nostalgia pulls folks in and anniversary tours specifically have been hugely successful for many bands who have been out of the game for a while. Leonardo says that he’s been thanked for putting on Emo Night by old musician friends who say that nights like his and others around the country have sparked a resurgence in this music.

“Bands like The Spill Canvas have been done for six or seven years,” said Leonardo. “And now it’s like they can come back through.”

Leonardo may have been thanked for bringing a light back to this music that, for some, seems to have been lost before the Emo Nights of the world came to be, but he sees it differently.

“I’m just grateful that I get to play this music again,” said Leonardo.

This music seems to have been tailor-made for the Sacramento area as well. According to Leonardo, Sacramento’s rendition of Emo Night is the third largest in the country. It’s not what he expected when he first started. 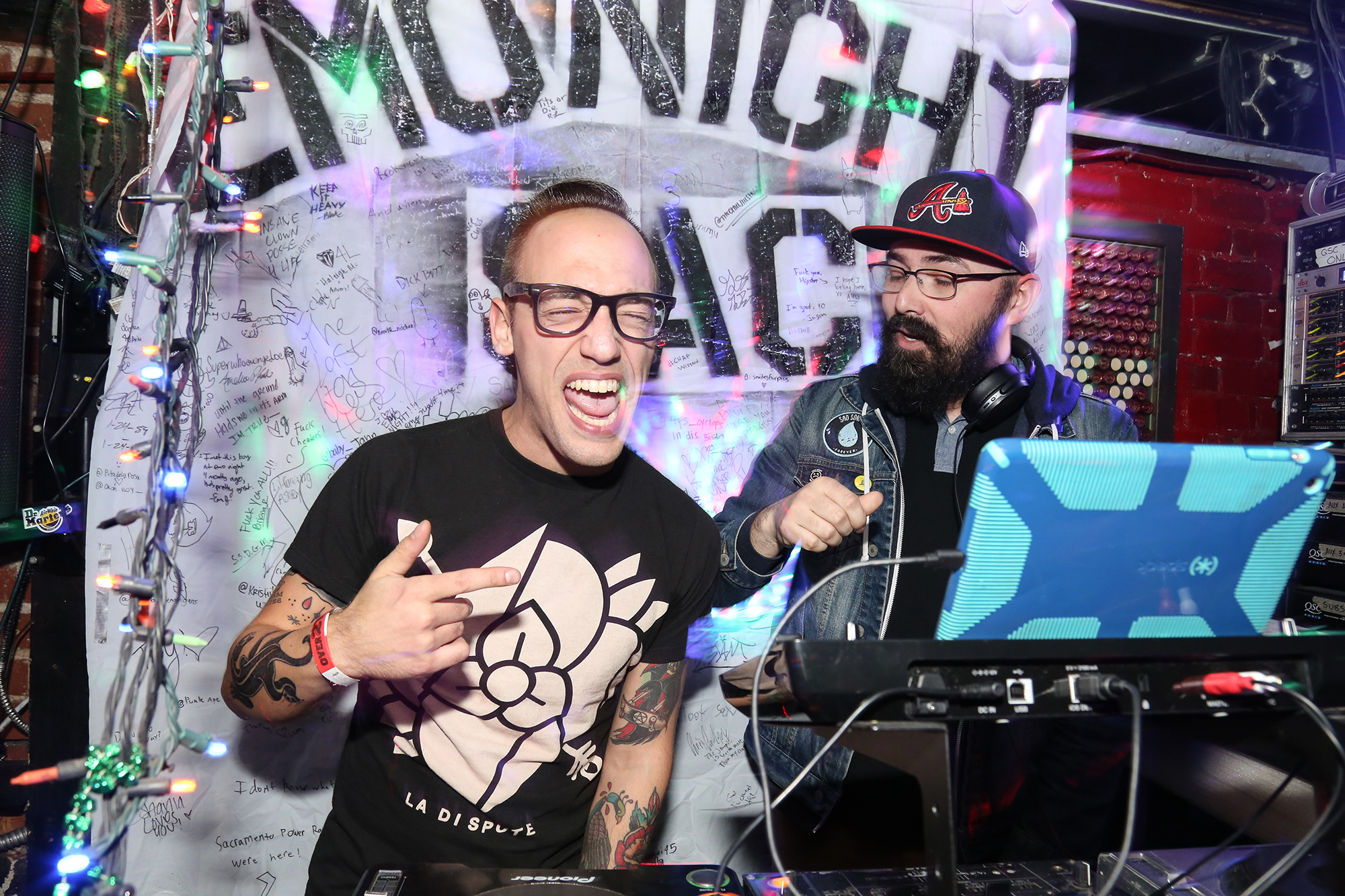 “[My friends and I] would always get back together and started listening to this music when we were getting a buzz or it was getting to be two or three in the morning,” said Leonardo. “I wanted to bring that [feeling] to all my friends, but I never thought it would get past a bar night. I guess people cared about it as much as I did. We just didn’t talk about it unless it was late at night.”

It became obvious that it was something that meant a lot to quite a few people. Emo Night has become a staple at The Press Club and has grown into its own special kind of monster with its own live band, its own tour and its own merch.

“I have people ask all the time if I ever plan to move back to L.A.,” said Leonardo. “I’m just like ‘no.’ I like feeling like I’m helping build this thing [in Sacramento]. 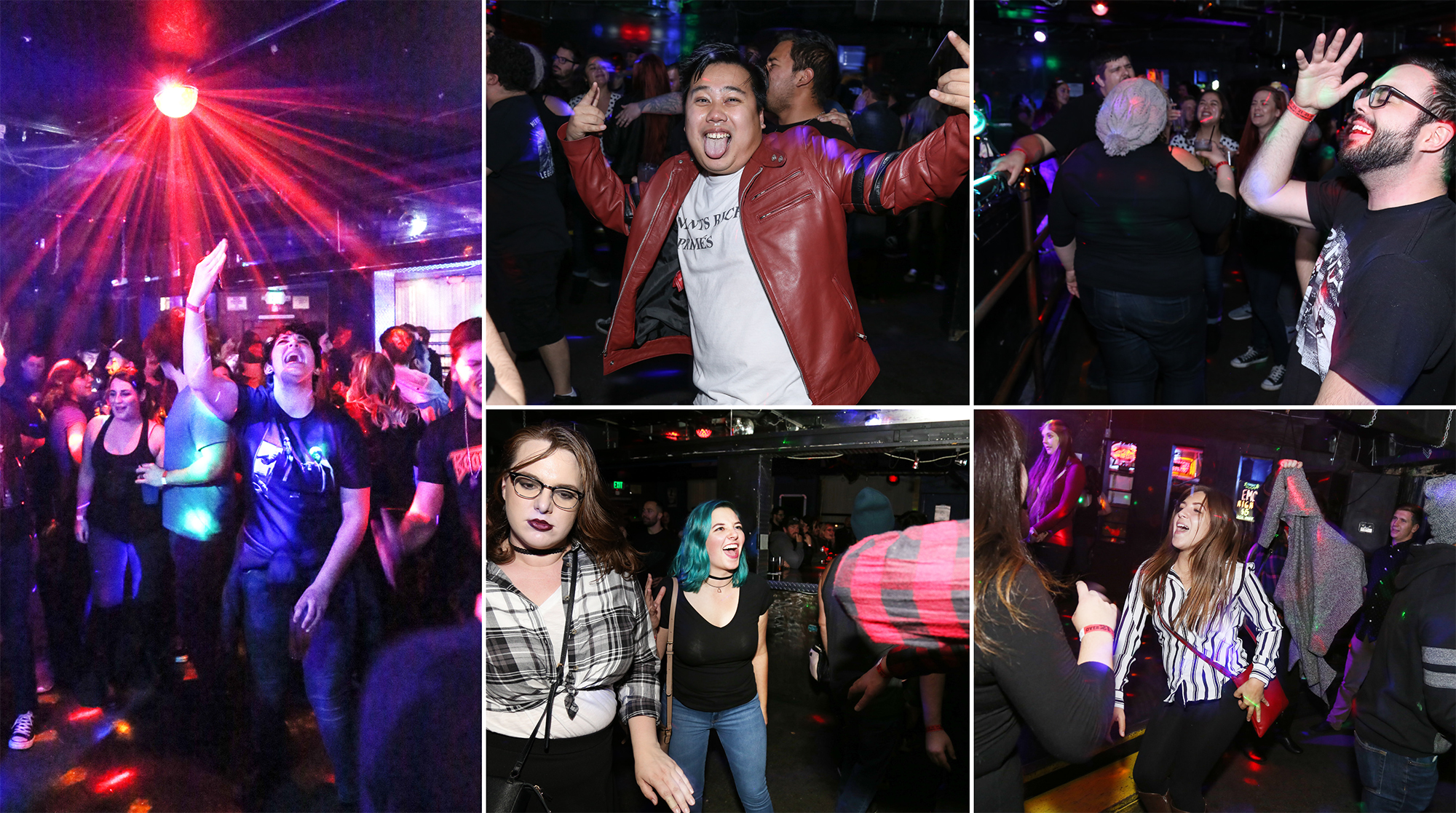 Don every available layer and color of clothing from the bottom of your hamper, throw your comb away, rock black-framed glasses even if you’re 20/20 and get that shrug going because EMOS NEVER DIE. Catch Emo Night at The Press Club (2030 P St.) Wednesday, Dec. 26 for a post-Christmas throwdown. Starts at 8 p.m. and cover is $5. Just a few days later, return to The Press Club on NYE for “New Year’s F#@%ing Eve,” DJd by Marcus Leonardo along with Hunter Chollet. 9 p.m. start and $5 cover for that one. Bookending the trifecta of Emo Night power is the two-year anniversary on Saturday, Jan. 12 at Holy Diver (1517 21st St.). For more info on Emo Night, visit Facebook.com/emonighttour.