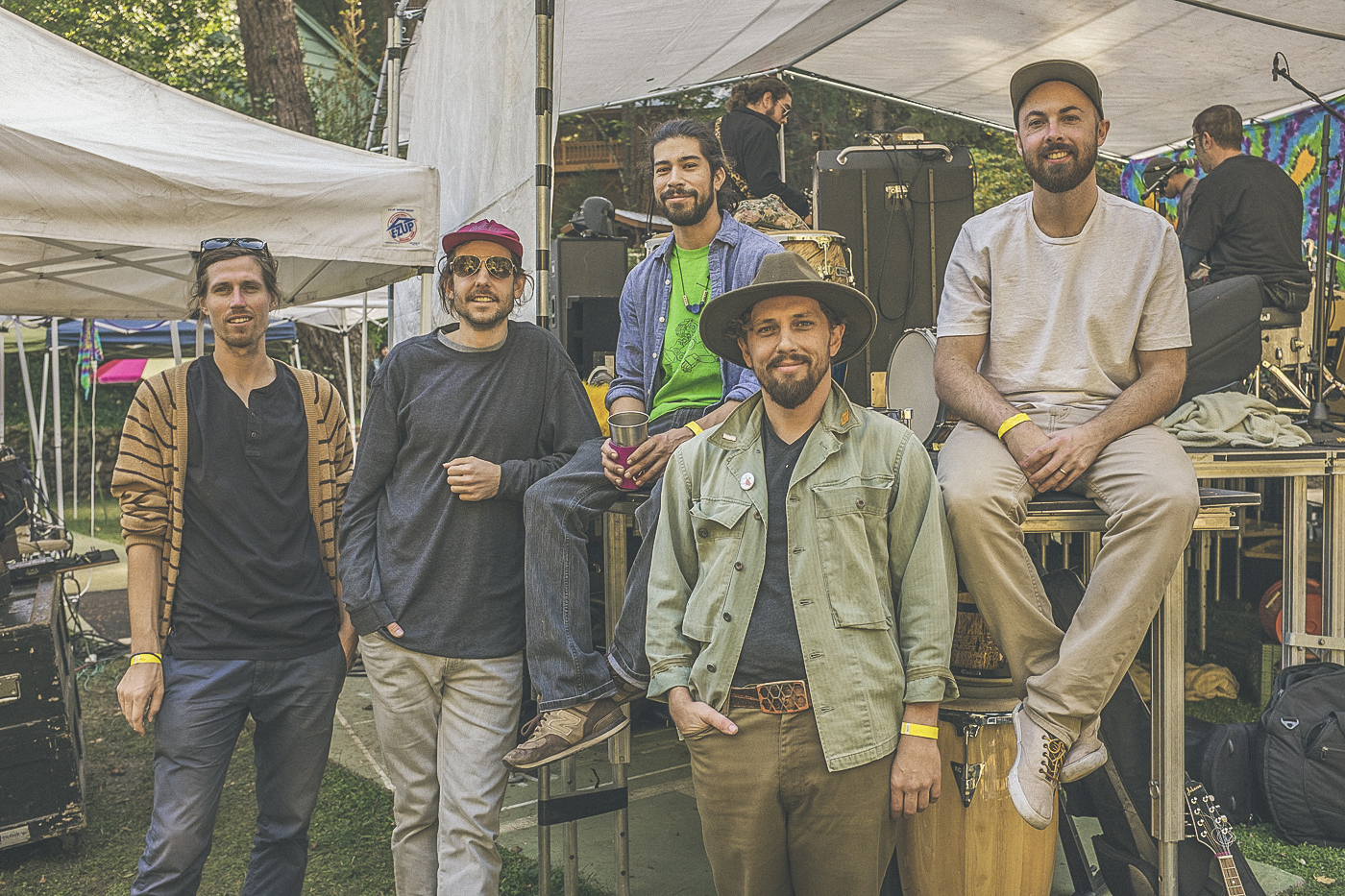 We all need that extra push at times. Every person on this planet knows what it’s like to need encouragement to put themselves out there. That’s what Rik Krull, lead vocalist and guitarist for local indie-folk band Güero needed to put his music out into the world. If it wasn’t for friend and eventual bandmate Wes Davis giving Krull the push he needed, Güero wouldn’t exist.

“It took a while to get Rik interested in playing out,” said Davis. “It’s like, ‘Let’s take this out somewhere!’”

The friends and then roommates decided to play some open mics around the city and the band finally got started in the early 2010s.

Since Davis gave Krull that initial nudge, Güero has grown into a five-piece, and the band’s music has carved out a unique niche for itself.

Today, Krull and Davis are joined by Mike Ruiz on drums, Russell Volksen on bass and Shea Ritchie on keyboard. They are set to release their self-titled debut album and are celebrating its release Oct. 13, 2018, at Old Ironsides. It took some time for the music that appears on that record to be ready for wide release. The band had to go through a few changes that were nearly a decade in the making.

“Before [Ruiz, Ritchie and I joined Güero], it was Wes and Rik. It was different,” said Volksen about the original iteration of the band. “It was just acoustic and banjo. It had a totally different feel. You bring in bass and drums and it kind of gives it more of a pulse.”

Volksen was the first to join Davis and Krull after Davis kept insisting that Volksen needed to come play bass with them. Then came Ruiz because the three were interested to see what the songs would sound like with drums, and he became vital to the project. Ritchie joined after the four asked him to help with recording their music. He hopped on keys and has been with Güero ever since.

That different feel Volksen mentioned comes from the evolution of these songs. Before the band started, Krull had written a huge amount of songs that were never intended to be heard by anyone else.

“When we lived together, [Krull] brought out this archive of songs that he had written that hadn’t seen the light of day,” said Davis.

The guys in Güero say that Krull has even more—“a book full”—of songs that no one has ever heard. It’s easy to assume that some of the band’s debut is made up of those old songs that Krull has been keeping in his back pocket for years; but according to Volksen, the band is always working on new music. And sometimes, the lyrics are sung in Spanish.

“[Krull] has his degree from UC Davis in Spanish,” reported Davis. “He’s spent many a summer in Barcelona. That’s where the name Güero came from because his nickname was always Güero.”

The term güero is slang used in Mexico used to describe someone who is Mexican and has pale skin.

The song “Camino,” which appears on the album, is a six-minute tale about a Greyhound bus trip Krull once took from Northern Mexico back home to Sacramento. If the song’s description on Bandcamp can be trusted, Krull met a man named Red who used a vacuum to suck the change out of vending machines.

If you aren’t Spanish bilingual, and don’t understand all the lyrics from the band’s Spanish tracks, don’t worry; neither do Krull’s bandmates.

“We understand the meanings of the songs and some of the words,” said Davis.

“It’s funny, [Krull] used to [sing in Spanish] a little more because it’s easier to rhyme because a lot of the words end in a similar way,” said Volksen. “There are a couple of lines in that song that I don’t know what they mean, and I’ve been meaning to ask him. It’s been years now!”

The 11-minute epic “Stamp” is a definite highlight of what the band has released thus far. It’s a lush, vibrant composition and comes with more structure than is typical of the standard jam-band fare. It begs the question of where Güero lies in terms of genre.

Their Bandcamp page tags them as “baroque pop” and “synthpop,” while their Facebook will have you believe that the band plays “indie skate rock,” a term Davis and Volksen are pretty sure Submerge coined in a previous issue. None of that is enough to describe the scope of what Güero is employing in their songs.

Davis plays the banjo and the charango, but they aren’t playing bluegrass or traditional Colombian music. Volksen, like many musicians, played jazz band in high school, but that’s not the only influence on his playing. Krull’s voice has been said to be reminiscent of both Jeremy Enigk of Sunny Day Real Estate and Colin Meloy of the Decemberists.

That’s the thing about Güero; all those influences are evident in what the band creates because every member believes in experimentation and taking their own path. That alone, however, isn’t what defines the music. It has its allegiances in terms of sound and genre, but Krull and company made this music because it means something to them. Davis and Volksen would say that much of the focus for their music is on Krull’s voice.

“[Krull] just has a really unique voice and he has a really good ear for cadence,” said Davis. “He’s just naturally gifted.”

“He’s got such a great voice,” continued Volksen. “It’s pretty mind-blowing if you don’t know what you’re expecting. It’s like, ‘Damn, this guy can really sing!’”

Despite that bravado, Güero is a band full of modest members. The songs may start in Krull’s notebook, but the end result is a group effort.

“[Ritchie] is the most gung-ho out of all of us,” said Davis.

“[Ritchie] just wants to give it his all,” said Volksen.

“It’s funny because we have opposite ends of the spectrum,” continued Davis. “[Krull] is not on social media at all. He’s got, like, zero ego. He’s not trying to self-promote. I have to go over to his work to tell all his colleagues about our shows because he’s not telling them. On the opposite side, you’ve got [Ritchie] who’s trying to do all the promotion and the rest of us fall into the middle somewhere.”

It’s a balance that has become integral to the band. That balance and love can be heard in their tracks.

Like the band wrote on their Facebook page, “doesn’t matter where or when; garage or venue …as long as we are together we will continue to do what we love.”