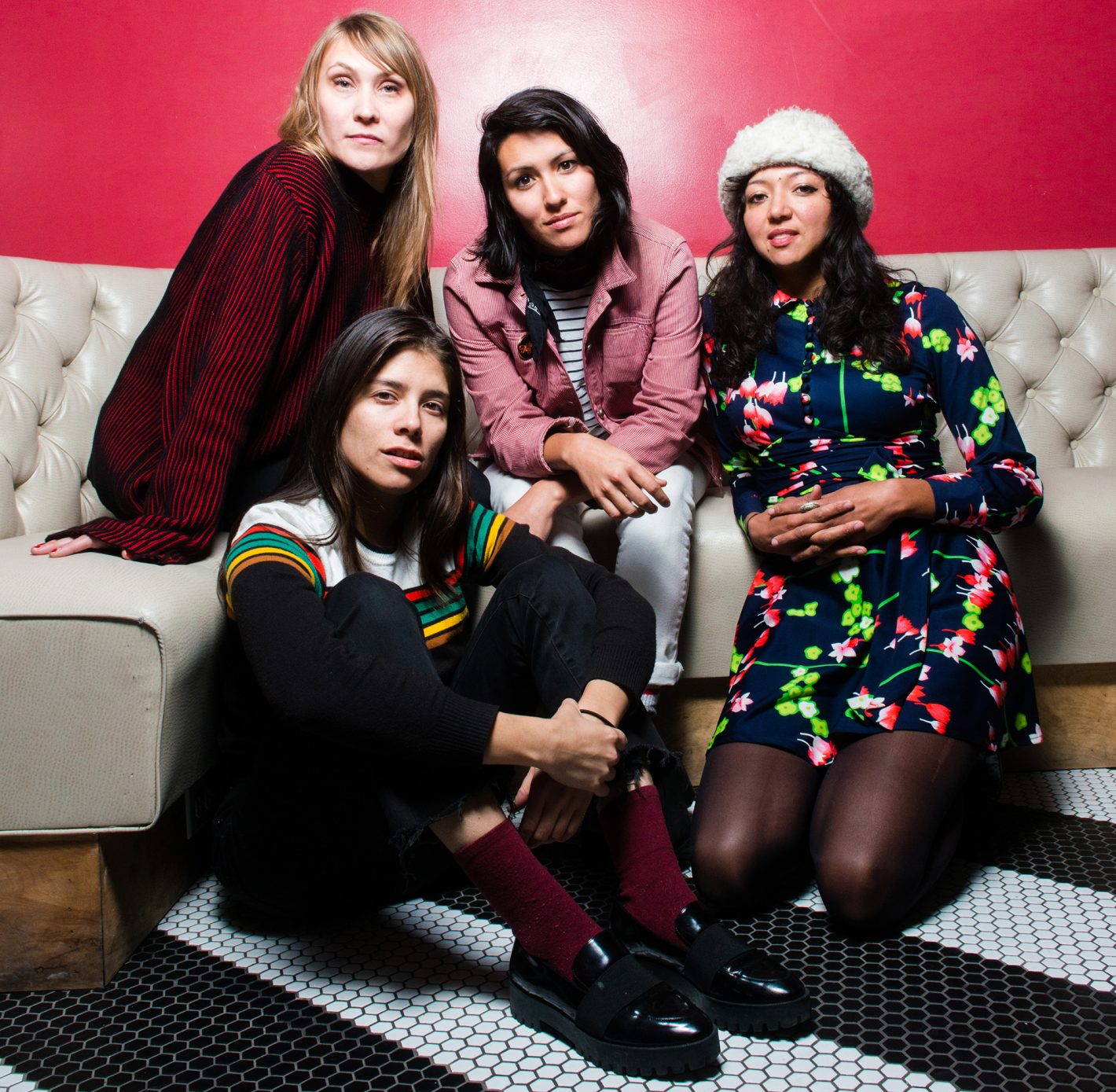 Since 2012, La Luz has been making music together that is truly unique in a world where it seems like everything’s been done before. Their ghostly, hypnotically dreamy, organ-driven, steely, fuzzy, twangy, doo-woppy, surfy punk rock sound is unlike that of any band you’ve ever heard before. And on Saturday, Oct. 27, 2018, prepare to get lit at Blue Lamp when La Luz returns to their stage.

Originally formed in Seattle, La Luz relocated to Los Angeles, the perfect backdrop of smoggy sunsets, palm trees, glamor and squalor for their one-of-a-kind stereophonics. Their fifth release and third full-length album, Floating Features, dropped earlier this year through Hardly Art Records and demonstrated once again the continual evolution of their sound and distinctiveness of each of their records.

In 2013, just after releasing their debut full-length record, It’s Alive, they survived a brush with death; after a show in Boise, Idaho, and on their way home to Seattle, their tour van was hit in a high-speed collision with a semi truck that slid on a patch of ice. All of them sustained injuries and all of their gear was destroyed. Since then, they’ve resiliently played even more aggressively, while never quite being able to shake the fear of being in cars—which is a lot considering how much they travel for shows.

The band is comprised of total babes with a tomboy-ish appeal—Shana Cleveland shreds on guitar and vocals, Marian Li Pino slays on drums, Alice Sandahl kills it on keyboard and Lena Simon slaps the bass (she replaced original member and bassist Abbey Blackwell in 2014). Each member contributes to the haunting, complex harmonies that elicit goosebumps as much as an uncontrollable urge to hesh.

If you’ve seen any of their music videos, you’d know that they’re also total weirdos—in a cool way. There’s always a psychedelic, ‘60s cult film feel to them which is also a signature style they’ve developed. Their newest video for “Cicada,” is a must-watch montage of “WTF-am-I-watching?” But nothing beats seeing them live, and their upcoming show is a can’t-miss Halloween weekend event.

Despite La Luz’s punishing tour schedule, Cleveland made time to answer a few interview questions for Submerge in the midst of stomping all over Europe, prior to making their way to the West Coast. 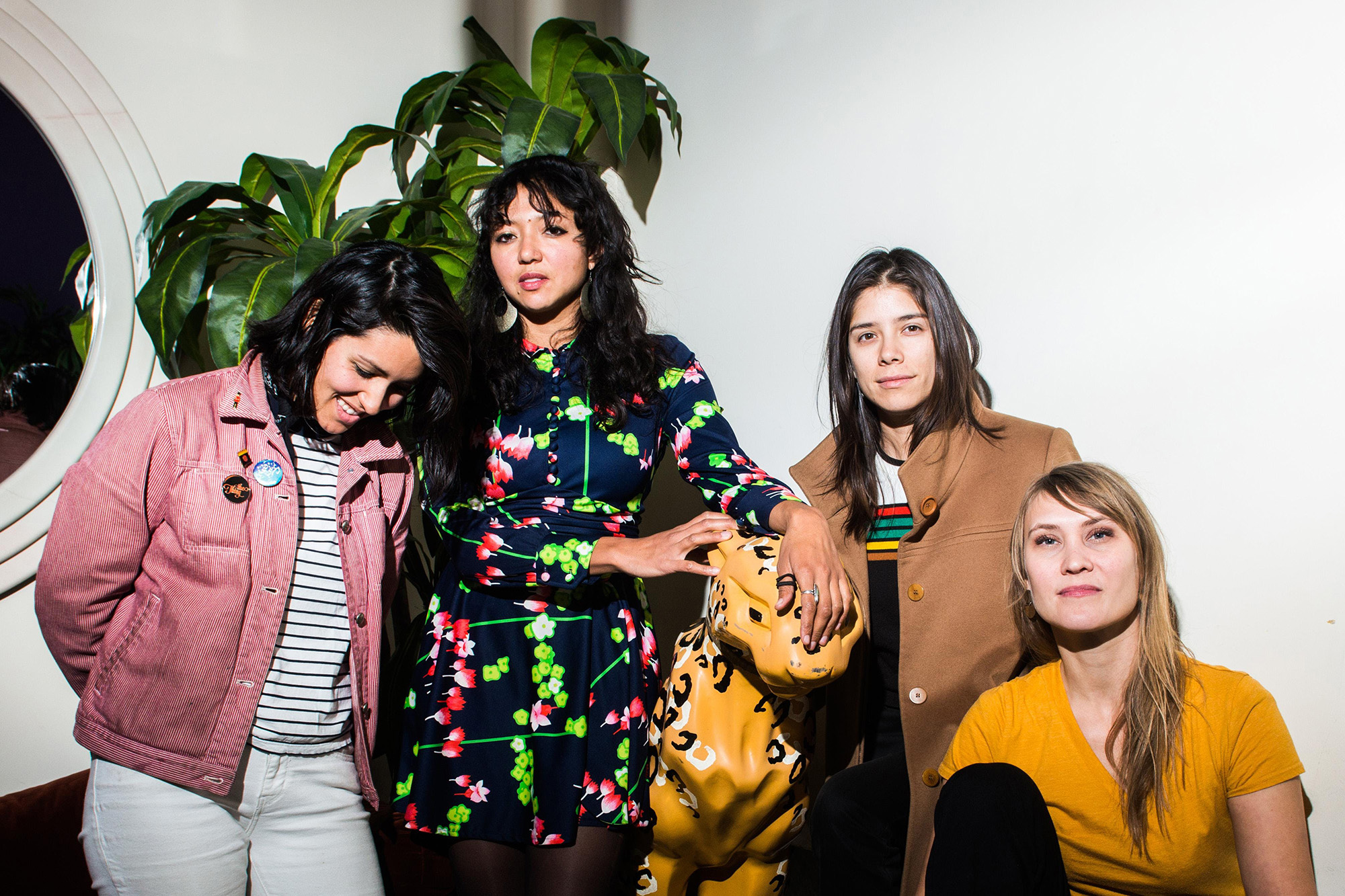 What’s it like being on tour so much?
Nice work if you can get it. Touring so much is hard—it’s hard on your body, your personal life and your psyche in a lot of ways. But playing music for a living is a dream.

What are some of your favorite cities you’ve played in?
We played in London last night and that’s definitely one of our favorites. Chicago and Austin are always amazing. Montreal was really killer last time we were there. But the West Coast is our home turf, so every stop along that route is fun.

What keeps you coming back to Sacramento and Blue Lamp every year?
Seems like we got some fans there and the shows are always really fun, so as long as that continues we’ll keep coming back!

How did you find your unique, dreamy surf punk sound? What other types of music have you explored as you learned and grew as musicians?
It’s evolved over the six years we’ve been playing together. We all bring different influences to our playing. For La Luz, I’ve been mostly inspired by music with twangy guitar, early country, ‘60s American, Asian and Latin American rock and roll. And bands with sick vocal harmonies like doo-wop and the Everly Brothers and lowrider tunes.

Who are some of your favorite bands you’ve played with?
The Australian and New Zealand tour we did last year was great because it was a traveling festival of amazing bands: King Gizzard and the Lizard Wizard, Kikagaku Moyo, Orb, Mild High Club.

What are some of your individual hobbies and interests outside of playing music?
I paint quite a bit and spend a lot of time walking around the wilderness.

When were you all able to quit your jobs and dedicate yourselves to music? Or do any of you still work when you’re not on tour?
We all still work at side gigs here and there, [and play in] other music projects and whatever else comes up. But probably three years ago or so is when we all stopped trying to maintain steady/non-music jobs.

How do you hope your lives as professional musicians ultimately plays out?
I’ll always play music, but it’s hard to have any expectations. It’s a risky business, obviously. It’s what we all love more than anything, so you’ve got to follow the path as it’s revealed and hope for the best.

Your videos are awesome. What’s your favorite one you’ve made?
I love the video for “Cicada.” For that one, we just chased down every idea any of us had and mashed them all together into a bizzaro soup theme opening sequence: ATV chase, hospital deathbed scene, forsaken love story, psychic reading, Alice as good/evil twins and so on.

What does your perfect day together look like?
It’s great when we have some time to walk around and explore the city we’re in a bit. So ideal day: We’d get to town early and find a good swimming hole, go for a swim, explore a castle, eat a good dinner that we didn’t have to pay for somehow, meet some cool kids and then play a show where we all lose ourselves for an hour.

Trust us, you want to see La Luz live on Saturday, Oct. 27, 2018. Opening will be Shy Boys and Honyock. The show is open to anyone over 21. Tickets are $12 in advance or $15 at the door. Tickets to the show are available at Bluelampsacramento.com.