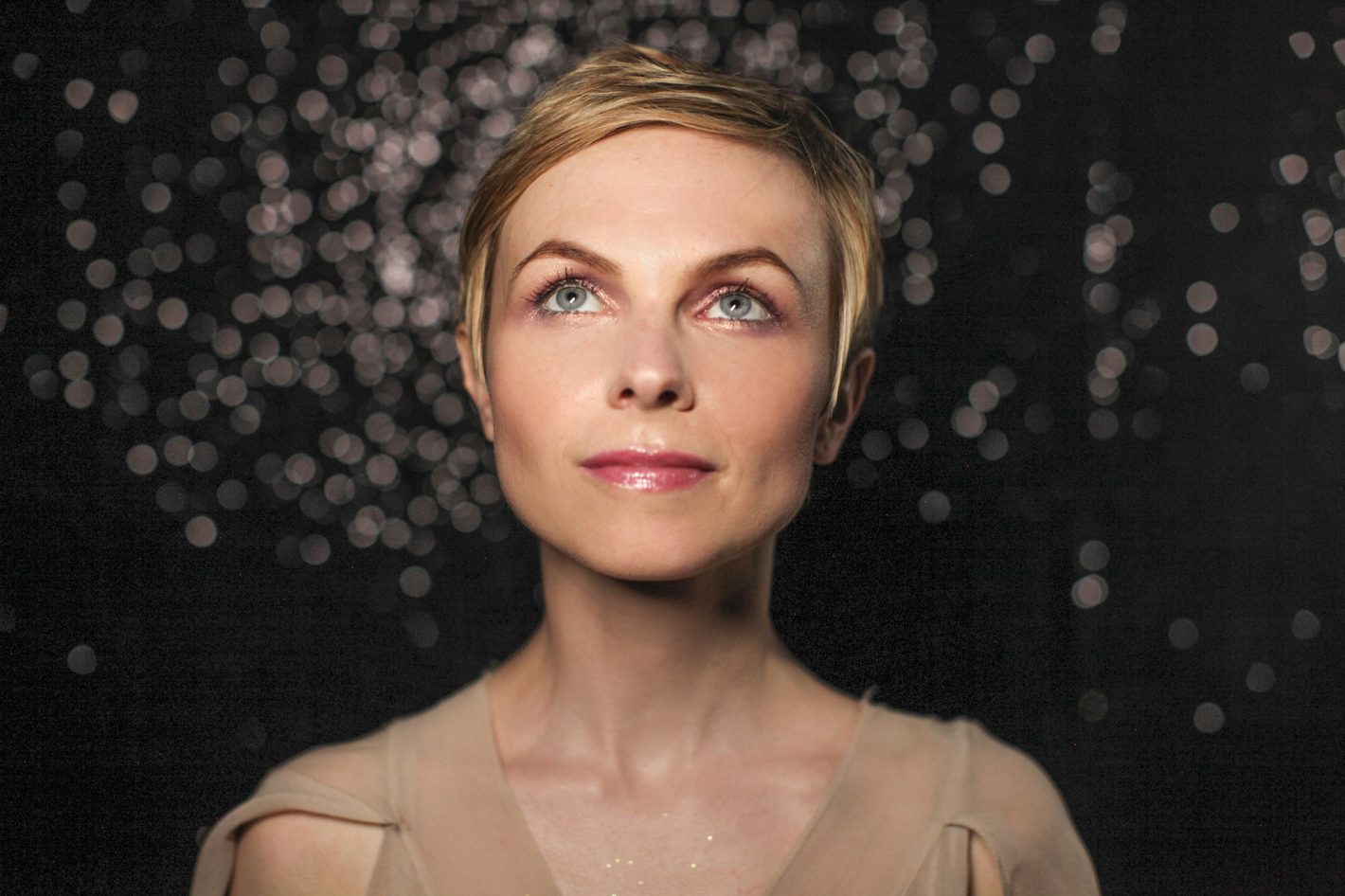 At the heart of most stories often lies a small grain of truth. For Kat Edmonson, it was a little more than a grain—more of a rock shaped as a realization. Back in 2016, Edmonson was fighting a lingering cold. She often found herself home in her Brooklyn apartment, recuperating by watching old movies on Turner Movie Classics. As she watched, Edmonson began writing a story in her mind. Pretty soon, she had a full-song outline of a musical. The story followed three characters: an elderly Broadway producer, a songwriter and the main heroine, a young singer trying to find her way as an artist and define her own success. Upon writing it, the heroine became less of a character and more of a reflection.

“I kind of realized the storyline I was writing—essentially the crux of what was happening to this character in the story—very much paralleled the self-discovery I was having,” Edmonson said. “I never intended to write this storyline. I was writing all this music, and upon writing it I realized I’m imagining these three characters and their interactions with one another, and I realized there was a story I needed to unearth.”

Edmonson grew up in Houston. Her mom often played classics from the Great American Songbook and pop tunes from the ‘40s and ‘50s, the kind that laid the influential groundwork for Edmonson’s eventual self-defined style of “vintage pop.” In 2002, Edmonson moved to Austin, Texas to pursue a career in music, before eventually landing in Brooklyn.

“I started out singing jazz standards at restaurants and clubs, playing with jazz ensembles,” Edmonson said. “I was considered to be a jazz artist in Austin. I think people still consider me that way, [but] so much of the music I make doesn’t fall into that category. To me the sound is music reminiscent of popular music from past decades. At one point, big bands was the popular music, and at one point jazz was king.”

Edmonson released her debut in 2009, Take to the Sky, a collection of covers ranging from a sparsely seductive take on Gershwin’s “Summertime,” to a melancholic horn, bossa nova spin on The Cardigans’ “Lovefool.” What ultimately revitalizes these well-known songs is Edmonson’s voice, a timeless, silken tone akin to greats like Blossom Dearie, with a high, youthful timbre that smooths out even the most jagged melodies. Edmonson went on to release Way Down Low, which jumped to the top of the Billboard Heatseeker’s chart, and was eventually scooped up by Sony Music, along with the 2014 follow-up, The Big Picture. During those years, Edmonson toured the world with artists like Chris Isaak and Jamie Cullum, and performed at institutions like NPR’s Tiny Desk and Austin City Limits.

By all marks, Edmonson was in the midst of a successful career, but in 2016 she found herself at a pivotal, doubtful point, writing a musical that articulated that very doubt, though that wasn’t her initial intention.

“It was more revelatory,” Edmonson said. “Most of the songs I wrote [were] with images in mind of characters of a film, so I wasn’t really imagining myself, but there certainly was a character that I would love to play. It’s no coincidence that I devised this character in my mind.”

“They’re so grandiose in my mind,” Edmonson said. “What I often hear in my head is the orchestrations for the old MGM musicals—huge pictures, huge budgets, two pianos, massive orchestras. I can’t afford that. So we had a smaller orchestra. It’s never quite fully realized based on the financial constraints, but we got really close. It’s certainly the closest I’ve come to being able to realize that sound.”

At the heart of the record is the album’s self-titled track, an homage to simpler times in the midst of technological overdrive, and “A Voice,” which doubles as the pinnacle of the musical and the most personal song Edmonson has ever written.

Sonically, “A Voice” stands apart as well. While most of Edmonson’s work leans toward sweet and airy, the song is one which Edmonson commands with a strong chest voice, ringing out a sound both exposed and empowering. It’s one of her best songs to date, but initially she was hesitant to include it on the record.

“It leaves nothing to hide behind,” Edmonson said. “To write, but to also sing it, renders me completely vulnerable. I just felt like I was exposing—what I viewed at the time of writing it—my weakness. I was writing it while feeling completely low and lacking in confidence. But what I didn’t realize in that process is it’s definitely the most courageous thing I’ve done artistically. Out of it came this strength I didn’t know I had. I always prided myself on my ability to be vulnerable but this was a great test, and now it’s empowered me. I’ve gained so much from sharing this song, people are inclined to share with me now. It’s amazing to see how embracing people are when you’re just really, really honest. I resisted it, I didn’t want it and now I’m so glad.”

Now nearly a year after the album’s release, Edmonson has toyed with the idea of bringing the musical to a stage life, though it’s not something that’ll happen immediately.

“I just don’t know the first thing about doing that,” Edmonson said. “It’s not in my immediate wheelhouse so it’s sort of foreign territory I’m toying with.”

For now, Edmonson’s put the self-doubt aside and continues to work on her newest songs, seeking out what might be next.

“I’m always working on songs; I can’t help it,” Edmonson said. “When I’m in my car or cooking or vacuuming, I naturally begin to write. I’m always recording ideas. I don’t know exactly what direction I want to go in right now, but I’ll just wait for that to be revealed.”

See Kat Edmonson live at the Sofia Tsakopoulos Center for the Arts (2700 Capitol Ave., Sacramento) on Monday, Jan. 21, 2019. Doors open at 6:30 p.m. for a show that starts at 7. Tickets are $40 and can be purchased in advance through Bstreettheatre.org or Sblentertainment.com.