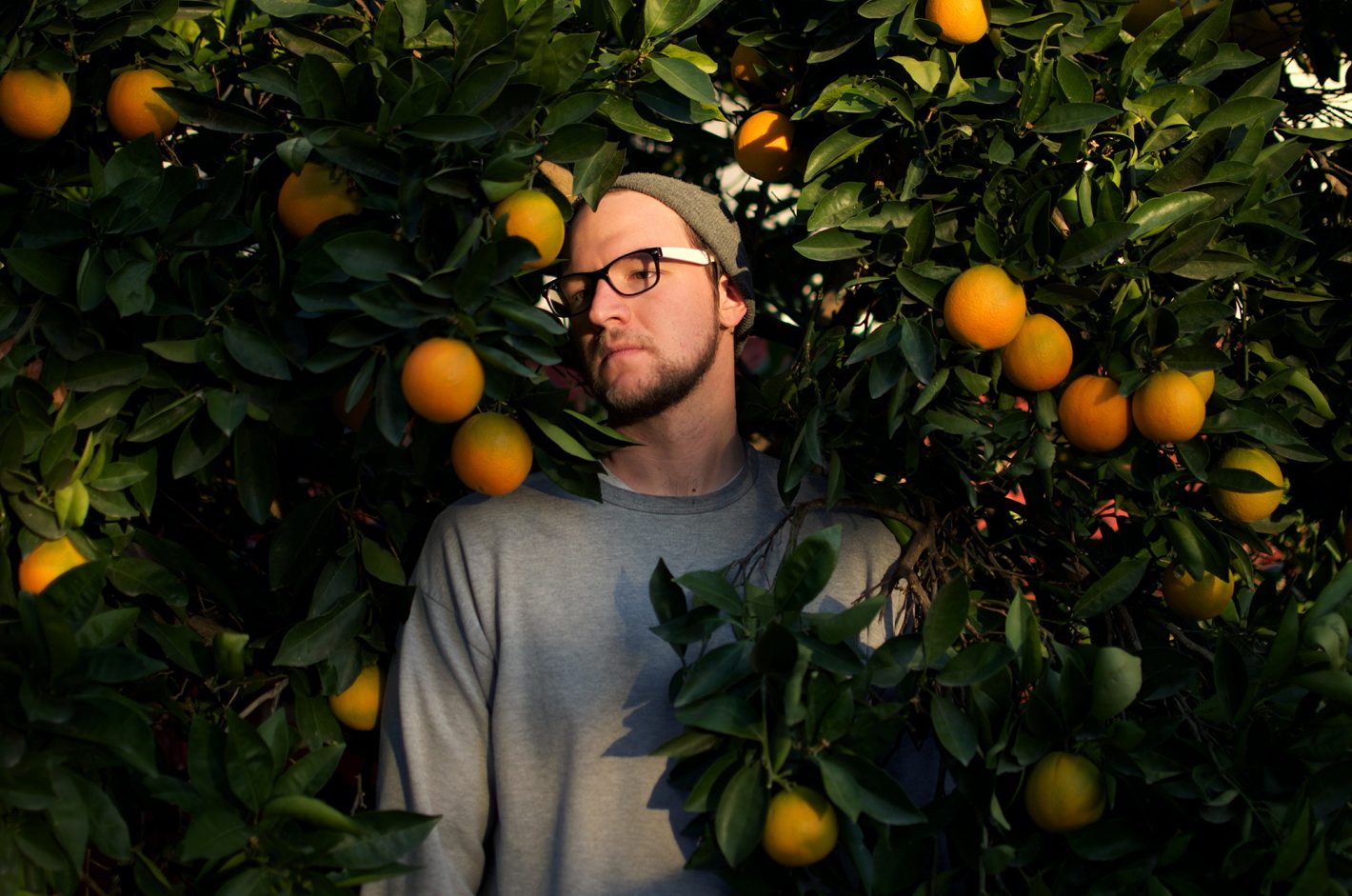 A little drummer boy is now an epic one-man show. Each day, Schuyler Petersen wakes up at four in the morning to go to work at Trader Joe’s in Sacramento, but once he clocks out, his passion is catharsis in music. After four years of loving labor, Petersen’s Confusion Fruit is ready for harvest.

On the surface, it’s a mellow, yet swelling, inspiring electronic album about the dissolution and rebuilding of a relationship. Confusion Fruit is about Petersen’s time in California since he moved here from the Midwest—and following a failed relationship, he’s since married a fellow artist. On a deeper level, it’s about introspection of one’s own flaws and confronting the parts of oneself that are difficult to face. In the nine songs that comprise Confusion Fruit, Petersen deals with mental health issues and endeavors to rise from a state of crisis. He examines his faults and finds ways to recover the wounds he has caused himself. And he rewires cognitive pathways to the structures that don’t really serve him anymore. It’s a very personal album that deals with a lot of dark and negative things, but it’s really about healing, and he hopes that listeners will identify, feel and grow along with him while enjoying its powerful sound.

Lyrically, it’s abstract at times. The explicit narrative isn’t clear, but sonically, you find yourself tapping into deeper emotions and experiencing a sense of being overwhelmed, and that’s exactly what Petersen is trying to communicate. A friend of Petersen’s told him that his music sounded passionately confused, which made him think of passionfruit, which then turned into confusion fruit.

“The songs are the fruit that bloom out of confusion,” explained Petersen.

Confusion Fruit comes out on Friday, Jan. 17 on a new label in Sacramento called Outer Grid. Self-recorded, he elicited the help of Lillian Frances and So Much Light in recording the vocals, who are also performing at his release show at the Red Museum on Saturday, Jan. 18. His wife, Eva Roethler, is taking charge of art direction and has surprise stuff planned that Petersen didn’t want to spoil, but did disclose that it’s concept-based to go along with the confusion fruit idea.

Tirelessly consuming music led to becoming a creator for Petersen. As a child, he became obsessed with Blink-182 and other emo and pop bands before yielding to indie rock, hip-hop and, finally, electronic music, which is the genre he ultimately landed on to create his own unique soundscapes. He wanted to be like the rock stars in music videos, and his supportive parents enrolled him in drum lessons and bought him a kit at age 10.

Imagining that he was the next Travis Barker, he participated in the jazz band, symphony band, drum lines and any extracurricular musical activity possible. When he formed his first serious band in high school, Harvey (which he describes as basically a Modest Mouse ripoff), his parents were happy to drive him to all of his gigs. Later, he taught himself to play bass and guitar, and took piano classes in college while studying at the now defunct McNally Smith College of Music in St. Paul, Minnesota. But with electronic music, “Everything is on the computer now, so it’s a lot of pushing buttons, turning nobs and clicking the mouse,” says Petersen. 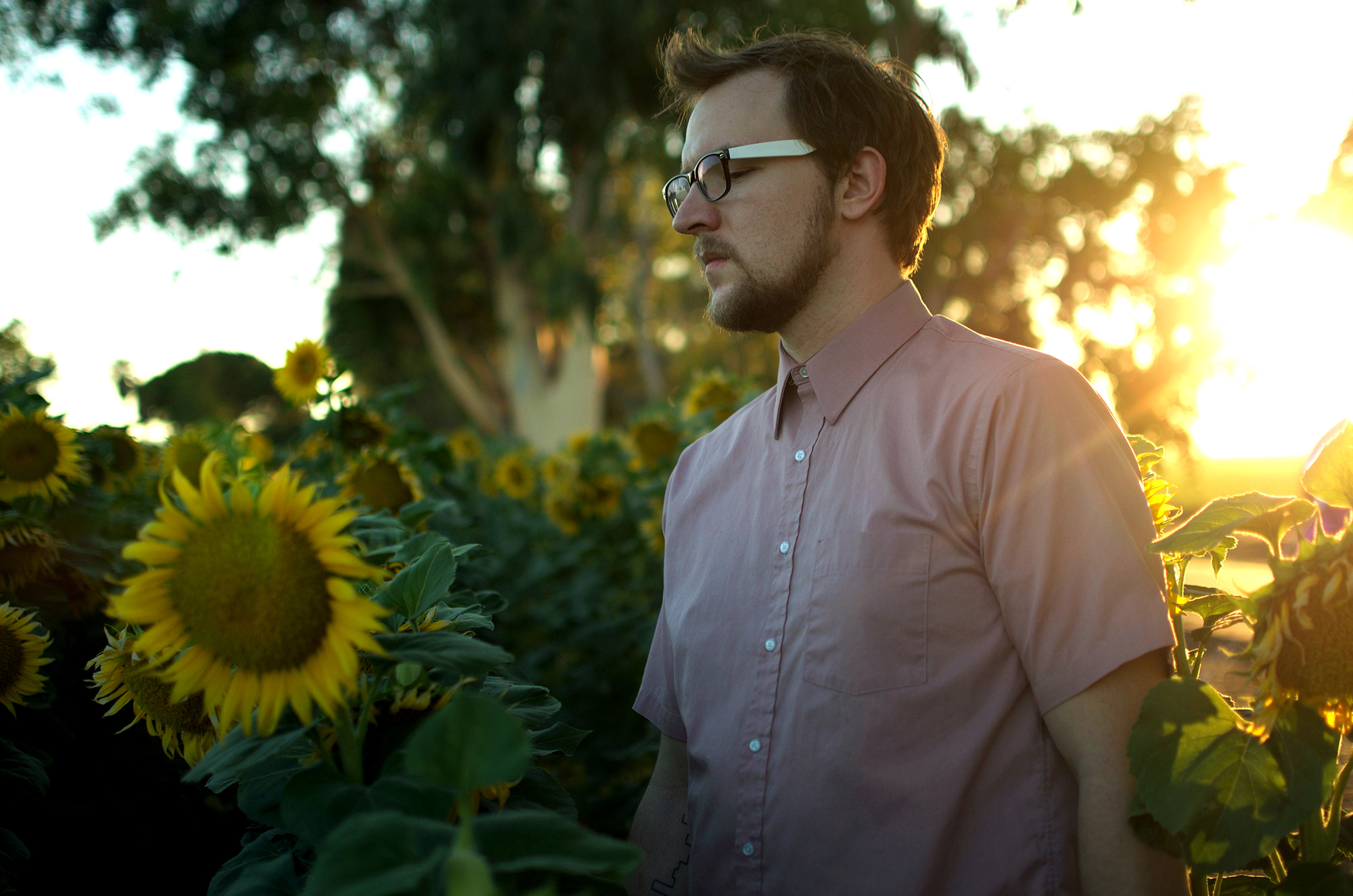 He met his wife in Oakland, although they’d grown up about five minutes away from each other in Iowa. He’d moved from Minneapolis with an ex to Oakland and lived there for about a year before coming to Sacramento for affordability and the band he was in at the time, about three years ago. As one can imagine, moving away from Midwest winters was attractive. He and Roethler love Sacramento’s Midwestern vibes, describing a slower pace, room to move around and nice, friendly people juxtaposed with an accepting and inviting art and music scene and all that California has to offer.

Petersen began working on the record in Oakland, but being in a band had caused him to put his own music on the back burner. When he realized he’d never finish his album unless he quit the band, he did so and played his first show as Makebelief in winter 2017. The name was inspired by one of his favorite groups, Slow Magic—he wanted a name that formed a complete picture of the music. With Makebelief, the name really does give you a sense of the sound, evoking childlike imagination.

Part of the daydream feel of the music is the ever-present Auto-Tuned vocals, which Petersen manages to achieve in a non-annoying way.

“I don’t think I have a classically handsome voice, so Auto-Tune has been revelatory for me,” says Petersen. “I spend all this time making meticulous sonic landscapes, and I was having a hard time fitting my natural voice into the digital sound. Auto-Tune helped me find my place, vocally, inside the music. And I can use the faults in my voice through Auto-Tune to create interesting sounds.”

He also processes all of his vocals and the entire audio chain when you see him live. Loading his instrumentals in Ableton Live—which is the program he uses to make all his music—his live set is part DJing and part live drumming and singing. He’s planning a West Coast tour this spring and looks forward to playing more shows locally as well as collaborating with other Sacramento artists.

“This project has consumed my life for a long time now and I’m excited for it to be finished,” admits Petersen. “I’ll have time to hopefully add some new elements to my life without feeling like I’m neglecting my work.”

At his album release show, celebrate closure with him on so many levels.

Makebelief’s Confusion Fruit will be released digitally on Jan. 17, 2020. You can celebrate its release at The Red Museum (212 15th St., Sacramento) on Saturday, Jan. 18 at 8 p.m. Also performing will be So Much Light. There will also be stand-up comedy from Maryam Moosavi, Adam Strawbridge and Melissa McGillicuddy; a fruit-themed art gallery with pieces provided by local artists; and much more. Cover charge is $10. For a full list of festivities and other information, go to Facebook.com/makebeliefmusic.