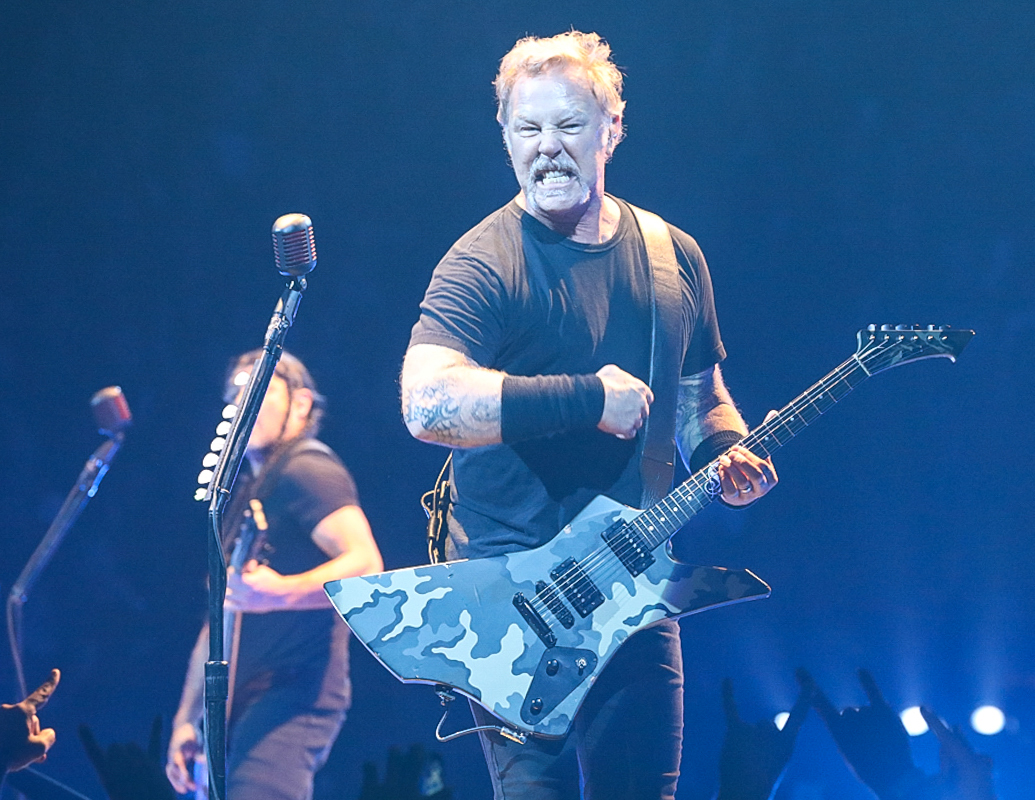 All Photos By Paul Piazza

On a recent flight home over the Atlantic, I ran into a couple of nice young fellows from Belgium who were heading to the States to catch the seven-date western leg of Metallica’s Hardwired … to Self-Destruct Tour. They would start in Las Vegas, and one of the guys would go to three shows while the other was going to all seven of the shows, including Sacramento. We excitedly chatted about their itinerary and being a veteran of many Metallica shows, I shared some old-school Metallica anecdotes. As we parted ways disembarking the plane, I realized I had never asked them how they can afford this?

In the 37 years Metallica have been at it, they’ve grown in popularity both domestically and internationally. In fact, if you are looking at the numbers, they placed No. 57 on the Forbes’ Highest-Paid Celebrities 2018 list, which includes top pro athletes and Hollywood actors. They’re sandwiched just between Elton John and Garth Brooks. That’s impressive company.

Anticipation was high for their upcoming Sacramento stop on their tour, but so were the ticket prices. Many longtime fans were complaining about the exorbitant prices, while others gladly paid extra to have “enhanced experiences.” These ranged from the $249 “Unforgiven Experience,” which got you special entrance, a floor ticket and some swag. There was also the $2,499 “Hardwired Experience,” which allowed you and your friends to take a picture with the band and received lots of other VIP perks. By the day of the concert, the resell price for some general admission floor tickets had risen to close to $1,000 for this sold-out show. That’s astounding considering I still have my ticket stub from my first show at the Kabuki Theater in San Francisco, and it was $10.

Metallica’s historical ascension has been interesting as they’ve greatly impacted the spread of thrash metal to the masses. There were some definitive Sacramento highlights along the way. Perhaps the best, many would say, was the time they showed up and played a free concert on a flatbed truck stage in the Tower Records parking lot on Watt Avenue in 1996. It was probably the only time the record store’s neighbors in nearby Arden-Arcade and Carmichael would ever hear “Creeping Death” at that volume. It was pretty awesome. 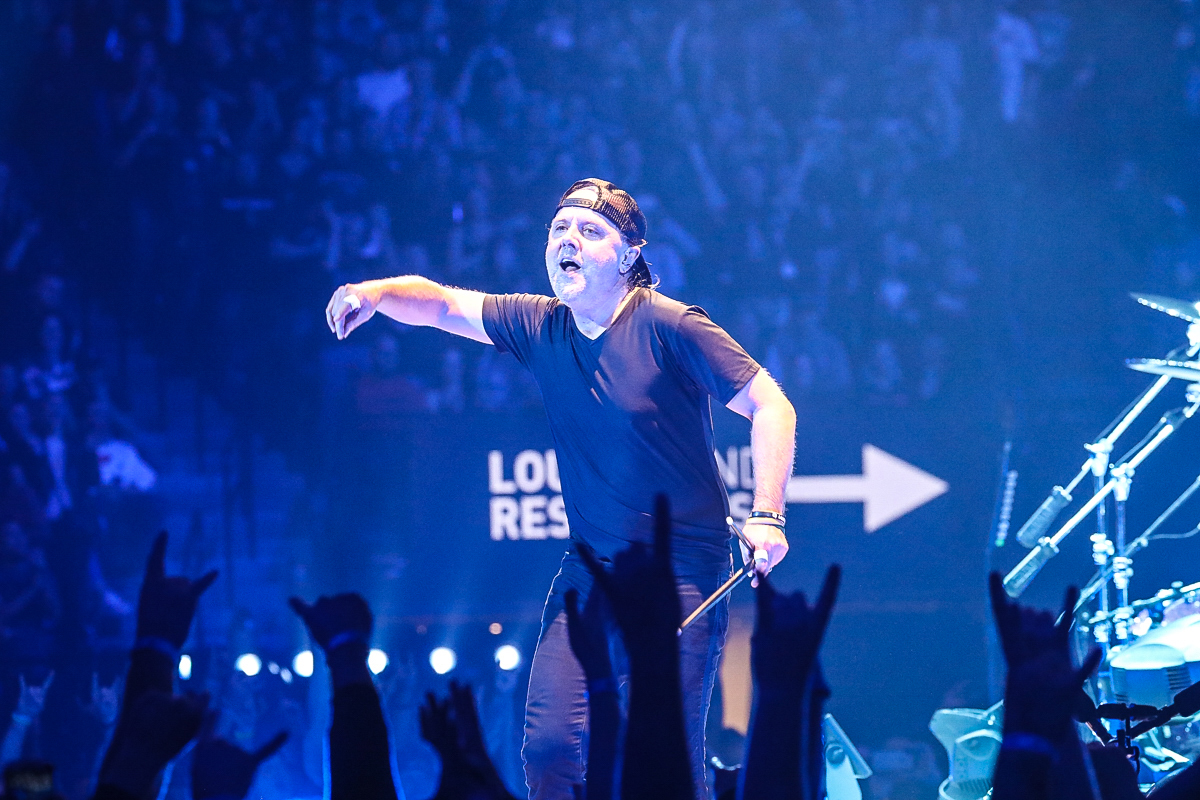 That was back when the guys were in their thirties. Today, the band members are entering their mid-fifties and going remarkably strong. The well-documented days of indulging in too much booze (which early on earned them the nickname “Alcoholica”) have been replaced with daily workouts, growing families and financial success. The band started the All Within My Hands Foundation last year, with the aim of assisting local groups in the cities where they tour. On the Sacramento stop, they gave $10,000 to the Sacramento Food Bank and Family Services.

They still make good music too. The Hardwired … to Self-Destruct album and its predecessor, Death Magnetic marked a return to the band’s thrash metal roots. Prior to that, many fans had felt they’d softened a bit after achieving great commercial success with the eponymous “Black” album, which sold an astounding 16 million copies. This was followed by Load, which sold another 5 million, which many of the band’s fans consider their least favorite of the group’s recordings.

Along the way, they were able to do some things that only could be they thought of in a rock ‘n’ roll fantasy. They made a well-received live album with the late conductor Michael Kamen and the San Francisco Symphony, and also wrote and recorded an album with their hero Lou Reed. Lulu was the last recording of Reed’s before his death and it was an experimental voyage that was panned by many of the band’s fans who seemed to hate it with a passion. Give it a listen sometime, though. It has some quirky, cool tracks.

However, there is very little evidence of any of those whimsical departures on their current tour. It’s all about giving the fans what they want. Classic thrash metal is what we wanted and they really gave it to what we later found added up to a record breaking crowd of 17,281 in the arena. 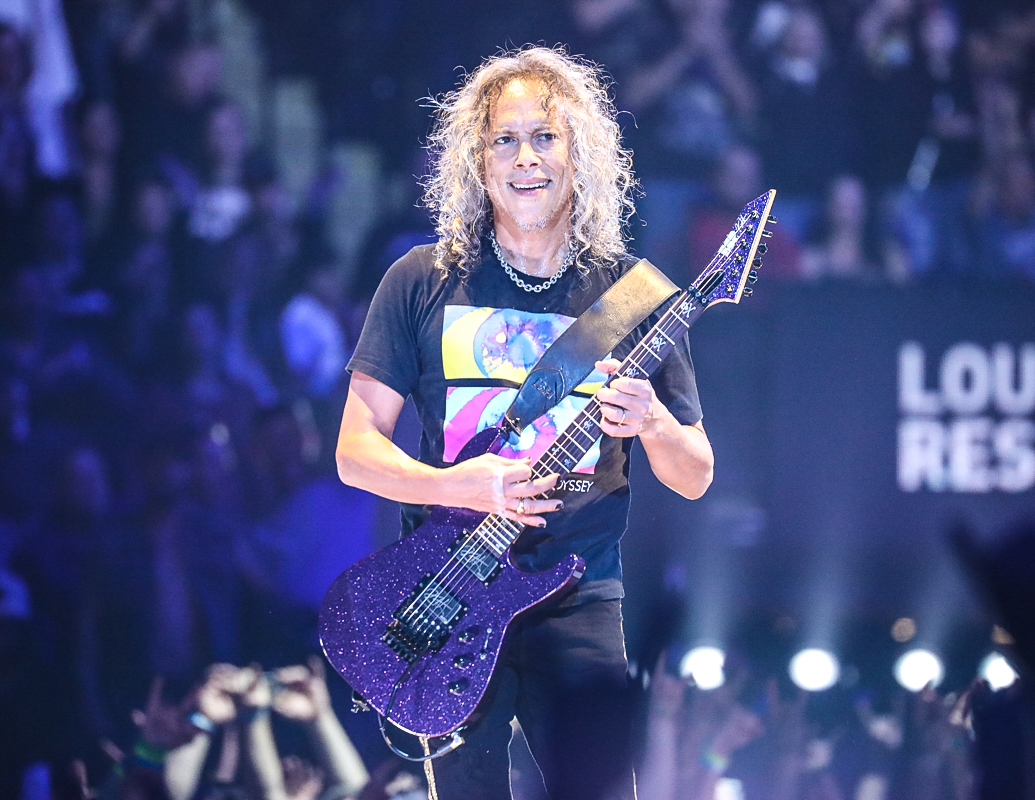 The stage design for the current tour is the band’s most ambitious to date. The stage is in the center of the floor and there are no visible amps, giving great sight lines from all angles. The only big pieces of equipment are Lars Ulrich’s drum kit in the middle of everything and three mic stands spread out evenly around the stage. As such, band leader James Hetfield was able to work the crowd from every angle during the show. The audience covered about three generations, with many parents and grandparents bringing the kids along for their first Metallica experience.

Each city on the tour got a slightly different set list, with about a four to five song differential near the beginning and end. Sacramento was the only city on the tour leg to get the classic rager “Battery” from 1986’s Master of Puppets at the beginning of the encore rather than the new blaster “Spit Out the Bone.” That was unique. The setlist became even more tailored to our city when bassist Robert Trujillo and guitarist Kirk Hammett played a duet on the song “Elite” by Deftones. Nice touch indeed.

The show went until about 11:30 pm, when the band exited the stage after playing “Enter Sandman.” There is no question that Metallica can still put on a good show. They were as sharp as I’ve ever seen them, and they have ditched the idea of playing medleys, which always frustrated the hardcore fans who want to hear it all. When they dove into the intricate workout “Shortest Straw,” there wasn’t a wasted note and they didn’t segue into some other song halfway through as they’ve done in the past. Ulrich in particular impressed on this night. He was the most exposed band member in this format, on a drum kit that rotates every few songs and he played incredibly well. 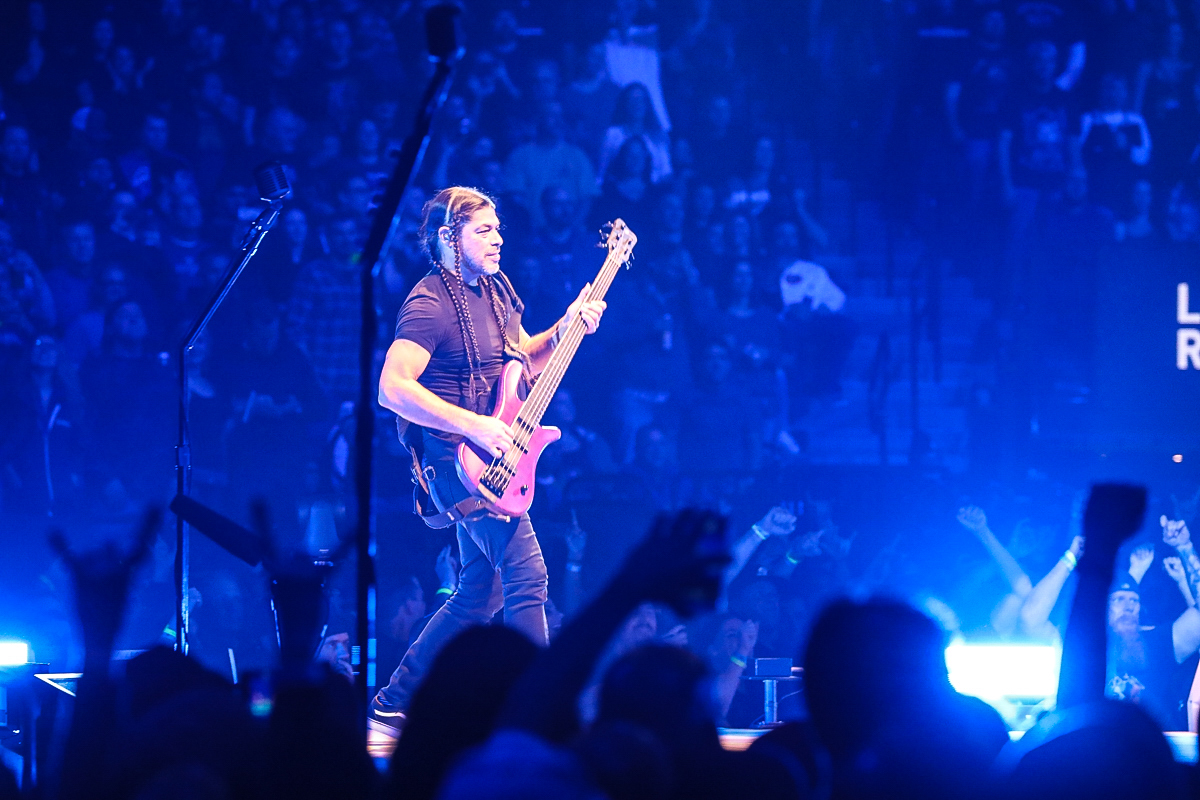 The most dazzling effect of the night was when a swarm of lighted micro drones flew in complex formations over the band during the song “Moth into Flame.” And like moths, people are still drawn to this band in very large numbers due to their ability to engage a crowd and put on a memorable live show. But as ticket prices continue to inflate at arena shows (some Elton John tickets are going for $2,500 at face value at Golden 1), the challenge will be how to reconnect this band with domestic fans, most of whom work hard for their money, but can’t afford the live show. Don’t tell them it’s the economy, stupid.

I was hoping to run into the guy from Belgium at the Golden 1 show but I never did. And I still don’t know how those young guys could afford to travel halfway around the world for of all these Metallica shows. It’s impressive dedication to a solid band, but it’s gotta cost a small fortune!