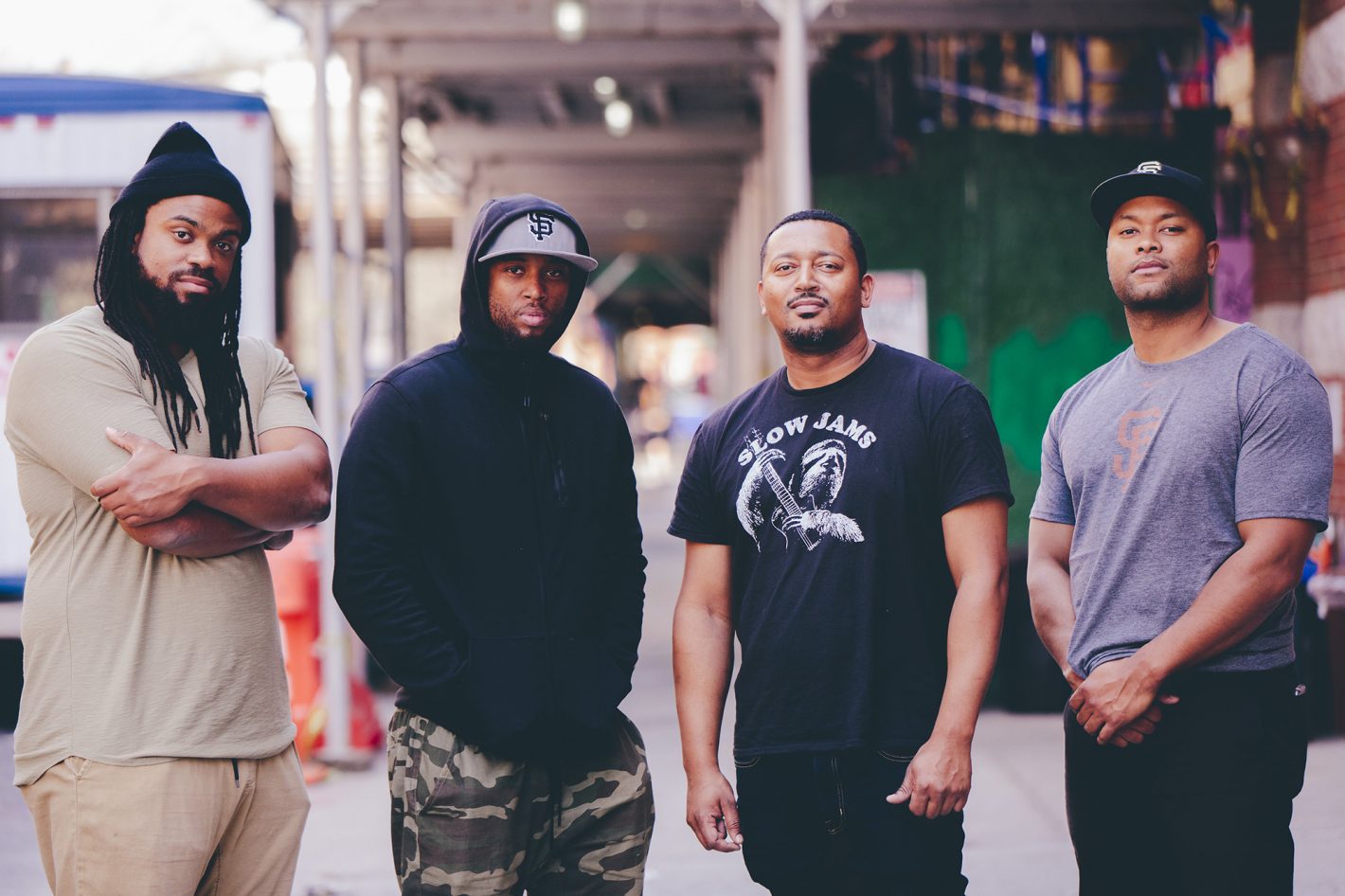 Language is a form of freedom. The ability to string sounds together into coherent thoughts is our way of expressing our emotions. However, a spoken language isn’t enough for some. That’s where music comes in, and for Sacramento’s Mino Yanci, it is their expression of freedom.

The quartet’s name itself is steeped in this idea. It is created from two separate African languages—“Mino” is Sesotho for musical and “Yanci” means freedom in Xhosa. According to keyboardist Damani Rhodes, this is the band’s mission statement. All they want to do is create music however they want, free of genre descriptors and structures that must be followed to the T.

“You can actually call it whatever you want,” says Rhodes. “We don’t care. We just want to be free.”

It would be lazy to say that Mino Yanci is just jazz-fusion. Sure, that influence is evident in the music, but that’s just one of many. A quick listen to their self-titled album will also bring out funk, rock, R&B, soul, hip-hop and more, all without a single lyric.

“It’s not ‘this or that,’ it’s ‘this and that,’” says Rhodes. “It’s really intense. Sometimes people listen to it and they don’t tell us how it sounded, they tell us how it made them feel.”

Rhodes equates musical influence to the difference of English in various regions in America. He says that when a person is constantly surrounded by something, whether it be a Southern drawl or time spent listening to a new album, that person is bound to pick up cues from it.

Most of the band got their start in music playing at church and, according to Rhodes, that’s partially why the band is so open to musical ideas.

“The music there is so diverse, but at the same time it has this really deep, intrinsic soul to it,” says Rhodes.

There is a rich history of musicians finding their beginnings in a house of God, which can be attributed to the rise in popularity in a number of genres and acts today. Mino Yanci’s beginning as a band wasn’t necessarily started in the church; actually, the band was originally called the Damani Rhodes Trio. They eventually decided they didn’t want the band to be branded as Rhodes’ band, so they regrouped and came to be something more equal.

Mino Yanci is now made up of Rhodes on keyboard, Brandon Kendricks on guitar, Christian Moore on bass and drummer Somadhi Langford. The four have since come to develop a chemistry that many bands envy, a spectacle that’s especially apparent when the band plays live.

“When we write songs, we have sections, but that doesn’t mean we’re going to play each section the same every night,” says Rhodes about the band’s penchant for improvisation.

He equates the way the band sees song structure to the floor plan of an empty room. Of course the room will have its windows, its outlets and its doorway, but the creativity and feel of the space comes from what is brought into the room. That’s the gist of a Mino Yanci show—the music will have its recognizable pieces, but the band will bring something new into the room every night. Well, only if it feels right.

“One of the goals is to get things to feel how I want them to feel,” says Rhodes. “If something doesn’t feel right, I’m not going to do it. There are a whole lot of things that factor into the feel, because you could be playing all the right notes, but they’d just be wrong.”

There’s plenty of chances on the horizon to catch the different vibe they bring to each show, as they have plenty of performances planned. They often play with Oakland’s SOL Development and have plans to do so again in August as a part of San Francisco’s Yerba Buena Gardens Festival. The quartet will also be playing Concerts in the Park with the Gold Souls, Something Heartfelt, benjam, and Rituals of Mine July 13.

More recorded material is coming from Mino Yanci as well. The group was a part of an event at the SFJAZZ Center in San Francisco that paid tribute to the legendary Muscle Shoals Sound Studio and included Bay Area heavy-hitters the Stone Foxes. The idea was that a few bands would come in and rearrange some of the music that was recorded at Muscle Shoals. Mino Yanci received a standing ovation on the night they were tasked with the concept. Rhodes says that the group will be releasing the recorded versions of those rearrangements so all of us can have a piece of the night.

Rhodes also reports that the band has upcoming collaborations that will appear on future projects. They have been working to record with SOL Development and have also worked with local vocalist Vadia.

Mino Yanci is still a relatively young project, but they have gotten their name out quickly thanks to connections to many established artists and even went on tour with SOL Development less than a year after forming, landing them an appearance at SXSW.

However, the experience and work that these four put into the music is not fledgling; this is a group of people who started playing music at a young age. They’ve been exposed to a litany of sounds and influences that have allowed them to create what they want to create.

It’s right there in the name for the quartet. Mino Yanci is musical freedom in literal translation and in philosophy. It’s a place for those four to make something together outside of the boxes of genre, music theory and pretty much what anyone else says they should do. It’s music that’s consumed by others, but is ultimately made for themselves.

Mino Yanci’s music is a language in which these four are fluent, and they are teaching audiences how to understand it one show at a time.

Bask in the freedom rays with Mino Yanci Friday, July 13, when they perform at Concerts in the Park alongside Rituals of Mine, the Gold Souls, Something Heartfelt and benjam. Concerts in the Park runs from 5 p.m. – 9 p.m., and it’s totally free and all ages are permitted to Cesar Chavez Plaza (9th and J streets). Catch Mino Yanci again on Aug. 15 opening for Nicolay and The Hot at Nights at Harlow’s (2708 J Street). Doors open at 7 p.m. for that one and it’s 21-plus.