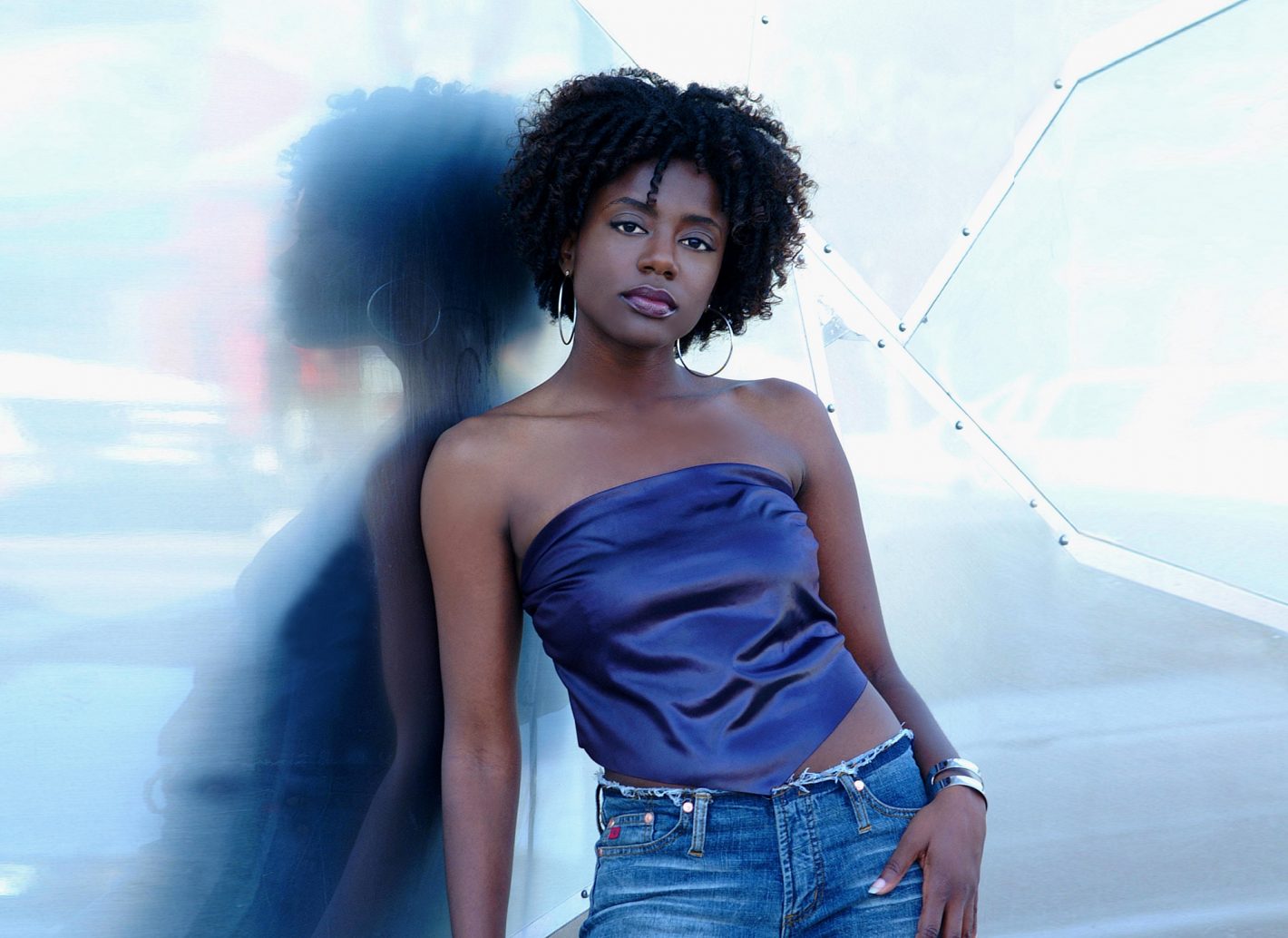 Niki J Crawford fills any room she performs in, and not only with the powerful voice that made her the star of her hometown church choir in Springhill, Louisiana. She rises to meet the space she stands in, however large or intimate, raising the emotional temperature to reach every individual, even in a crowded venue, with her heartfelt warmth. It may be her natural born talent to connect with people this way; nothing about her is calculated—she sings, and her heart is in every note—but it’s her journey, catching stage-work tips from Tyler Perry, singing backup vocals for Mary J. Blige, sharing screen time with Chaka Khan, performing with Carlos Santana and gracing the stage of nearly every major late-night talk show that has molded her into the multitalented, well-rounded artist she is now.

In a twist on the traditional strike-out-westward story that has drawn so many hopefuls into Hollywood’s orbit, it was Crawford’s mother that first moved to L.A. to work as a nurse before she herself made the jump from the comforts of her small town. Singing and performing had been the center of her life from the age of 6. It wasn’t long before she joined the throngs of extras for casting calls around the city. Landing a role in a local production of Rent gained her further work in visual media, leading to appearances in numerous TV series and indie films. Her branch-out into acting has continued to amplify the stage presence she’s incorporated into her music over the years. Most recently, she appeared alongside Michelle Williams, Chaka Khan and Harry Lennix in Revival, a unique retelling of the Gospel of John interpreted through the black religious experience in America.

Prior to her 2015 debut EP, The Genesis Block, Crawford recorded and toured extensively as lead vocalist with the West Coast funk/fusion band Orgone. Her EP, along with last year’s full-length, The Second Truth, retain the loose, vibrantly positive feel of that group while centering her strengths as a solo performer. Smooth, bouncy numbers like “El Ay” and “Countosh” blend with the southern funk-rock of “What If” and “Alright,” which ride a tasteful line between the raw and the sweet. Underneath everything runs a strong spiritual current and a down-to-earth delivery that reveal her southern roots. But while the records provide a snapshot of her versatility, the best mode for experiencing Niki J Crawford remains live and in the flesh, present among the energy she conducts anew between herself and the audience with each performance.

On New Year’s Eve, she returns to The Torch Club to help ring in the new decade with hot soul grooves and an icy champagne toast. Her music is an invitation to recharge in an atmosphere of true celebration. After a tumultuous 10 years, nothing could be more welcoming than ditching the blare and the glare of the club scene and instead reconnecting with something grounded and uplifting—two qualities in which Crawford has become a career specialist. 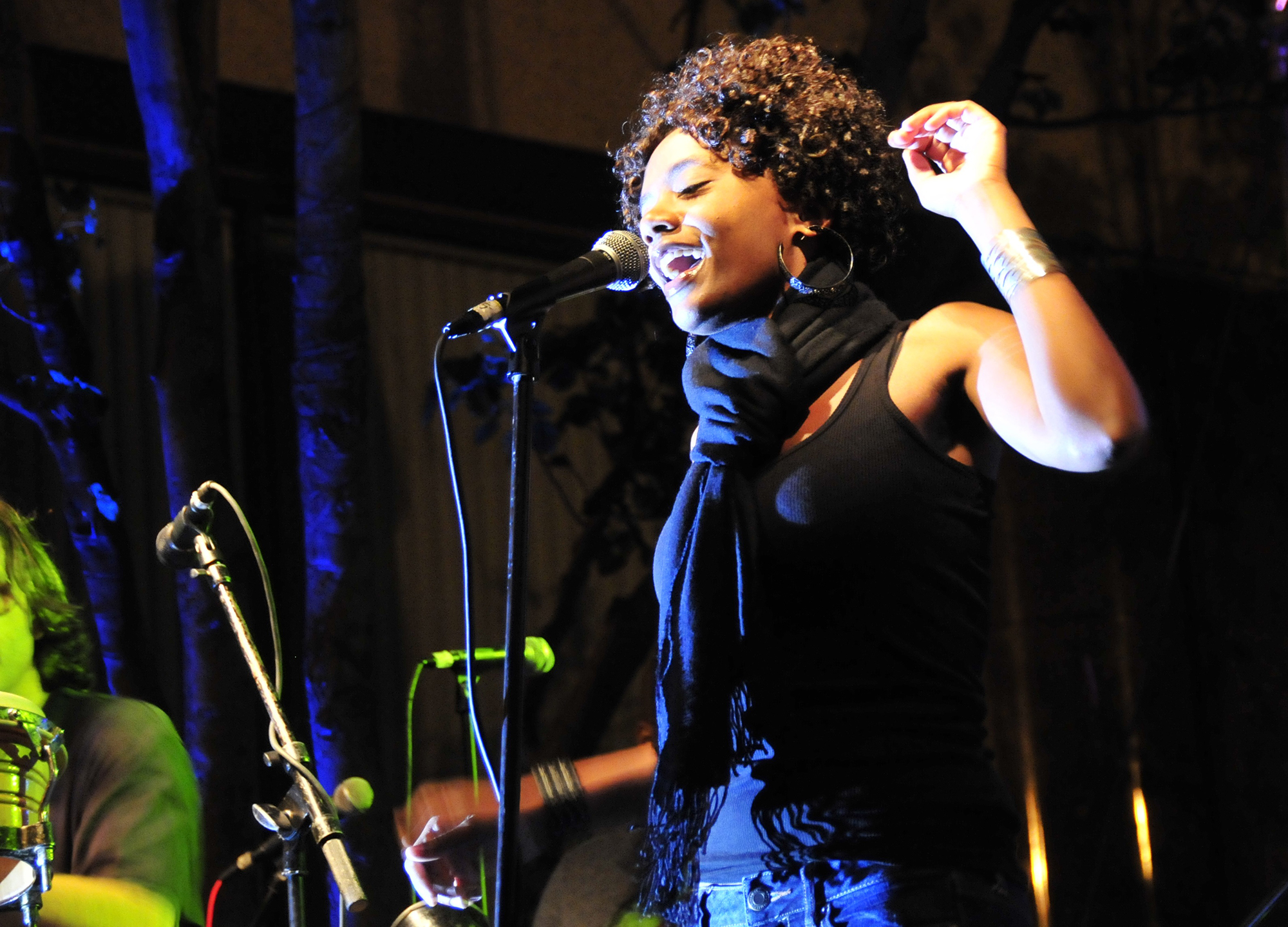 How long have you been with your current band?
We’ve been together, I want to say four years. Since my first EP, The Genesis Block, and the LP, The Second Truth, this is the team. Most of the time, it’s six of us, and sometimes we’ll add more singers or horns, but that’s us. Soul, funk, rock, R&B sounds; we have a good time.

What is it like striking out for Hollywood with full family support?
It’s huge to me. I think one big thing was that I had somebody there telling me I was enough. My grandmother, who has been the center of all of our joy, who has actually passed away—and that’s the hardest thing I’ve ever gone through, it’s painful every minute of every day, and it will be for the rest of my life. But she, my mama, my aunt and my brother always told me I was enough. “You go do it, I got you, if you fall, we’re gonna pick you up and keep it going.” It’s huge, because you get such a confidence. I’m gonna try it because they say that I can do it. And you know, we were raised in the South, Southern black folk, and it ain’t that easy. But they said, “Forget all that. You can do it.” It gives you the boost to go do things, even if you fall.

When you first came out to the West Coast, was acting or musicals always a part of the plan?
I just knew I wanted to sing at first. When I first got out here, I was reading the magazines Music Connection and Backstage, which was great for people that were new and didn’t have an agent. I would go out and stand in these long lines just to see if they would take me as an extra. And one of the things that came from that was getting to be Joanne in a production of Rent. I’d get into Music Connection, look for “singers needed,” some would pay $100, and I would’ve done it for free; I just wanted to get in there. So, after doing that for awhile, there was a little word of mouth, things started happening and the next thing you know, I was doing more and more and more.

When you come and go between the worlds of acting and singing on stage, do you start to transfer your skills from one of them to use for the other?
Sure. Rent was a little bit of everything. You’re on stage, it’s live, you have to sing and you’ve got to be able to move. It was tough for me to learn all of that right away. I did a lot of Chitlin’ Circuit plays before that, black theater and gospel stuff, which was huge for me when I got Rent. But it definitely translates, because when I’m on stage now, it helps me to be present, to appreciate the fact that people are standing there when they could be somewhere else. There’s also stuff I learned from Tyler Perry. “Stand in your light.” He used to say that to me. “You’re chocolate, Niki, you gotta stand in your light.” All that knowledge of knowing where to be on stage, recognizing where your body is, all that stuff translates to my music performance, big time.

Do you have a personal ritual for getting into the all-around performance mindset before hitting the stage?
The first thing I always do now is say, “Thank you, Lord; thank you, grandma.” I really do give thanks. Because I don’t have to be here; I don’t have to be able to stand in this spot, I don’t necessarily have to have the voice I have. So I don’t take it for granted. You stop, give thanks, pray your voice is gonna be there for you, then you go from your insides and give out, and help the folks out there feel the love that you have. And that clicks for me. I’m thankful, now let’s go give it to them!

How did you get involved with Harry Lennix’s project, Revival?
That was my third time working with Harry, actually. He and Danny Greene, the director, they were kind’ve like, “Look, when we’re doing something, we’ve got to call Niki.” So I have to tell you that a lot of it is that they’re friends of mine. They’ve always looked out for me. And they know that my background is the church. I was raised in the church, went there pretty much seven days a week. And since my friend was the director, he knew how I would move, he understood my voice, he was able to give me the leeway to try things out. It was a good situation to begin with and then to turn around and see—oh Lord—Chaka Khan, Michelle Williams, Kenny Lattimore, Mali Music, really? It was just too much for me. It was surreal.

Who are some of the artists you’ve met or worked with who have most affected you?
A lot have in many different ways. For instance, Tyler Perry was—that was the first time for me that I did a production that was written, produced and directed by a black man, and it was the calibre of Rent, it was the calibre of these Broadway plays. It was the first time I’d ever seen anything like that. And this was the Tyler before the Tyler that people know now; he was very hands on and taught me about everything. My lights, my blocking, my strengths.

Carlos [Santana], he was just so spiritual, and such a sweet man. I remember one time, August the 8th, my birthday—I’ll never forget it. He pulled me onstage, there must have been at least 100,000 people. And he told all these people that “this girl has a voice to bring people closer to God.” I’ll never forget how special that was.

And Macy Gray, I learned so much from her, the real ins and outs of what I’m doing now. Tour buses, tour managers, the promoters, the booking agents, the hotels, all of that kind of stuff.

I’ve just learned a lot from so many people, and studio stuff, from singing with Mary J. Blige or recording when it was just me and Kelly Price. It’s been unbelievable. And I’ll tell you, sometimes when I think, you know, you’ve done so much and know so many people, you get that wish you were a little further along. But that’s OK; I’m right where I’m supposed to be. It’s coming.

What has been the most important lesson learned in this past decade for you? And what are your plans for 2020?
One thing I can say immediately is the don’t-stop that I have. I just won’t quit; it’s what I really think I’m here to do. I think my purpose is to sing and act and do all that for people. To give them my inside, my true self, to say to all of them, “You are enough.” And my songs and my acting, I hope you get that from me, because that’s the point, that’s my purpose. Not just to have houses and cars. I really believe that’s the point.

For 2020, my prayer and my hope is to do more of what we’ve been doing, just keep going on that same trajectory. I’d perform a show every night if I could. I would want to do more shows, I want to have this record come out, I want to write these songs and finish another album that people can love. And of course, more film. I just booked this independent movie that I’m excited about. I’d want to end up with my music being played all over the world, and then being able to perform all over the world.

Gospel has made kind of a resurgence in the center of pop culture recently, with artists like Chance the Rapper and Kanye doing more explicitly religious projects. Is there a need and desire for more spirituality today that makes the mainstream more appreciative?
One thousand percent. That’s what’s gotten me through; it’s been the thing throughout my life since I was born. Absolutely we need it. I think it starts with the fact that you need to believe in something bigger than you. Something out there is bigger than you. And to me, that idea immediately should put you in a state of thankfulness. Appreciativeness, you know what I mean? It’s not just you here. It should make you want to work your butt off so that when you do come in front of somebody, that’s what they see: that you believe we’re all here together and you want to give back the best possible part of yourself. Gospel to me, it just puts you right there fast, because you’re in reverence, humility and praise. I think it’s huge.