Days of Yorn • Pete Yorn on Cycles and Changes 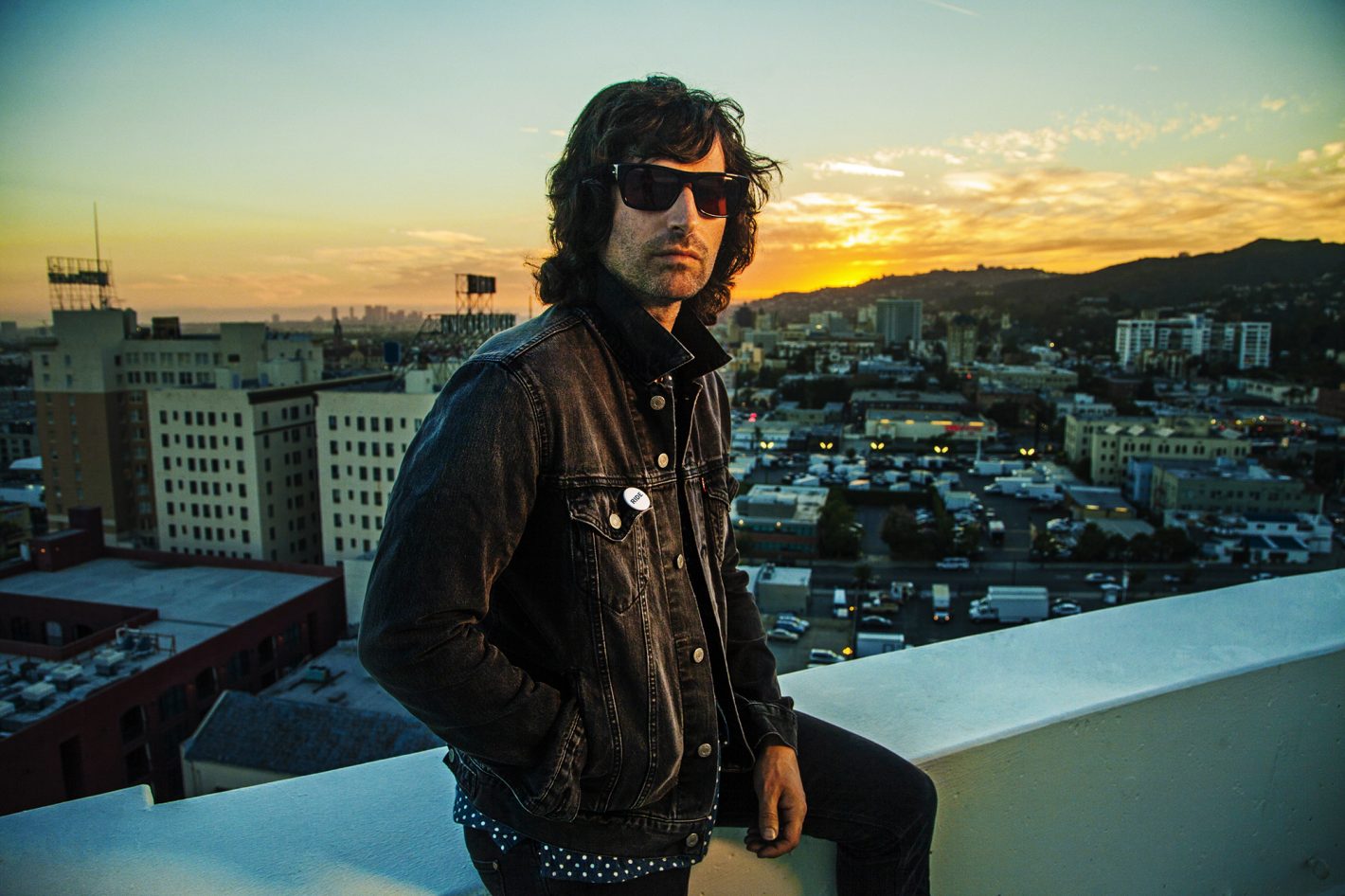 There seemed to be a time where you couldn’t turn a corner without hearing Pete Yorn’s “Life on a Chain.” The indie soft-rocker’s known for songs that feel nearly synonymous with the early 2000s mainstream pop-rock world—chugging, bright guitar chords, rock drums, a slight Vedder-esque drawl, haloed with an array of auxiliary sounds both upbeat and heartfelt.

Yorn had the kind of career beginnings most young musicians chase wildly. After finishing a degree at Syracuse, the East-Coaster landed in Los Angeles where he began playing local gigs and building up a small following. Within a few years, he’d signed with Columbia and had been tapped by the Farrelly Brothers to score their new film, Me, Myself and Irene. In 2001, his debut, Musicforthemorningafter, illuminated him on the map of up-and-coming hitmakers, and was packed with the kind of tunes that felt akin to odd, sunny days in a sweet teen series from The WB or The CW (and they indeed made their way into plenty).

Now, nearly two decades later, with a few label and life changes, Yorn’s still making pop-rock music he’s proud of. His most recent album, 2016’s Arranging Time, has that similar buoyancy to his earlier work, though there seems to be something more grounded, more matured. Maybe some of that comes from plain aging, or those life changes. For one, Yorn and his longtime partner had a baby.

“Right when we had the baby people were like, ‘Is it gonna change your writing?’ and I had no idea,” Yorn said. “I’m just starting to see there are a couple pure love songs that have come out of it. In the past I was writing break up songs or songs about worrying about a relationship, and I think [my daughter’s] inspired me to write some completely uncorrupted, pure puppy-dog-and-rainbows love songs. There’s a little bit of that.”

Following some of his earlier releases, Yorn was often touring extensively. While on the road for his 2006 release, Nightcrawler, Yorn played acoustic pre-shows at local record shops along the way (which eventually became a live EP). These days he’s still out on the road, though he tries to stick a little closer to home.

“I don’t like to leave as much anymore, especially to go on tour,” Yorn said. “In the early days it would physically hurt my stomach to leave. Every little kid I’d walk by, I’d be like, ‘That’s so cute!’ It was crazy. I was never ‘over-the-top I love kids’ guy, but that changed when we had one. I see the cute child qualities in all kids now. It just resonates so much more with me. I’ve actively chosen [that] when I tour I’m not gonna go away for more than two weeks max before I come home. I like to stay close. These years go by so quick, I just don’t want to miss these moments.”

Some of that time home has been spent working on side projects as well. Last year, he and Scarlett Johansson once again teamed up to release the EP, Apart. The two initially collaborated back in 2009 on the release, Breakup. Aside from a few live performances on shows like the Late Show with David Letterman or Live! With Regis and Kelly, the duo never toured, so in some ways the follow-up a decade later came as a surprise. For Yorn and Johansson, it was just something that naturally worked out.

“A lot of it was timing,” Yorn said. “I was really proud of the record we did years ago, and we remained friends. We’d always left the door open. We found ourselves back in each other’s universe hanging out with some friends and family, and I happened to have some songs and she had some time. It was that simple.”

While Breakup received more saccharine alt-pop comparisons to its celebrity/indie counterpart She and Him, Apart had more dreamy dark tones interwoven into it, reflecting the album’s lyrical focus on following a couple’s painful split. Again, the songs don’t come out live much, and there aren’t plans of Johansson and Yorn ever taking them out together.

“We’re a creative act and like to bring our energy together,” Yorn said. “We performed live a handful of times, but the dynamic of the touring always seemed a little tricky. I don’t really play much of the Scarlett stuff alone. I have so [many] solo records and so much new material that I haven’t even gotten to it, but now that it’s on the top of my head I might have to break out a song.”

Yorn’s been working on a brand new collection of songs, a group currently much larger than an album’s worth. A few have been frequently slipping into live sets. Even with his extensive catalogue and all the new ones on the way, some of those early familiar hits are still bound to come out often. They may be reminiscent of another time, but for Yorn, they’re just as much a part of now.

“I still feel very close to those songs,” Yorn said. “I can’t find too much cool about getting older—my parents always said getting old sucks—but one of the cool things is those songs that I did write a long time ago with a different head on my shoulders, I always [wondered], will they mean anything, will they still resonate with me? And they mostly do. They change, they grow with me through the years and have different meanings. They’re about me or somebody else or current world things. They change all the time, and that’s one of my favorite things. I remember early on when I first started writing songs, I would write things that were so specific to me and what I was going through in a moment that they became kind of uncomfortable to sing, and I changed my style early on because it wasn’t fun. I learned how to become a witness when I write these lyrics and see things through different eyes, and somehow that’s enabled the songs to evolve with me. They’re not so set in what they mean; they can move.”

Spend an evening with Pete Yorn when he brings his You and Me solo acoustic tour to Holy Diver (1517 21st St., Sacramento) on Wednesday, March 6, 2019. Doors open at 7:30 p.m. Tickets are $35 and can be purchased through Holydiversac.com. This is an all-ages show.