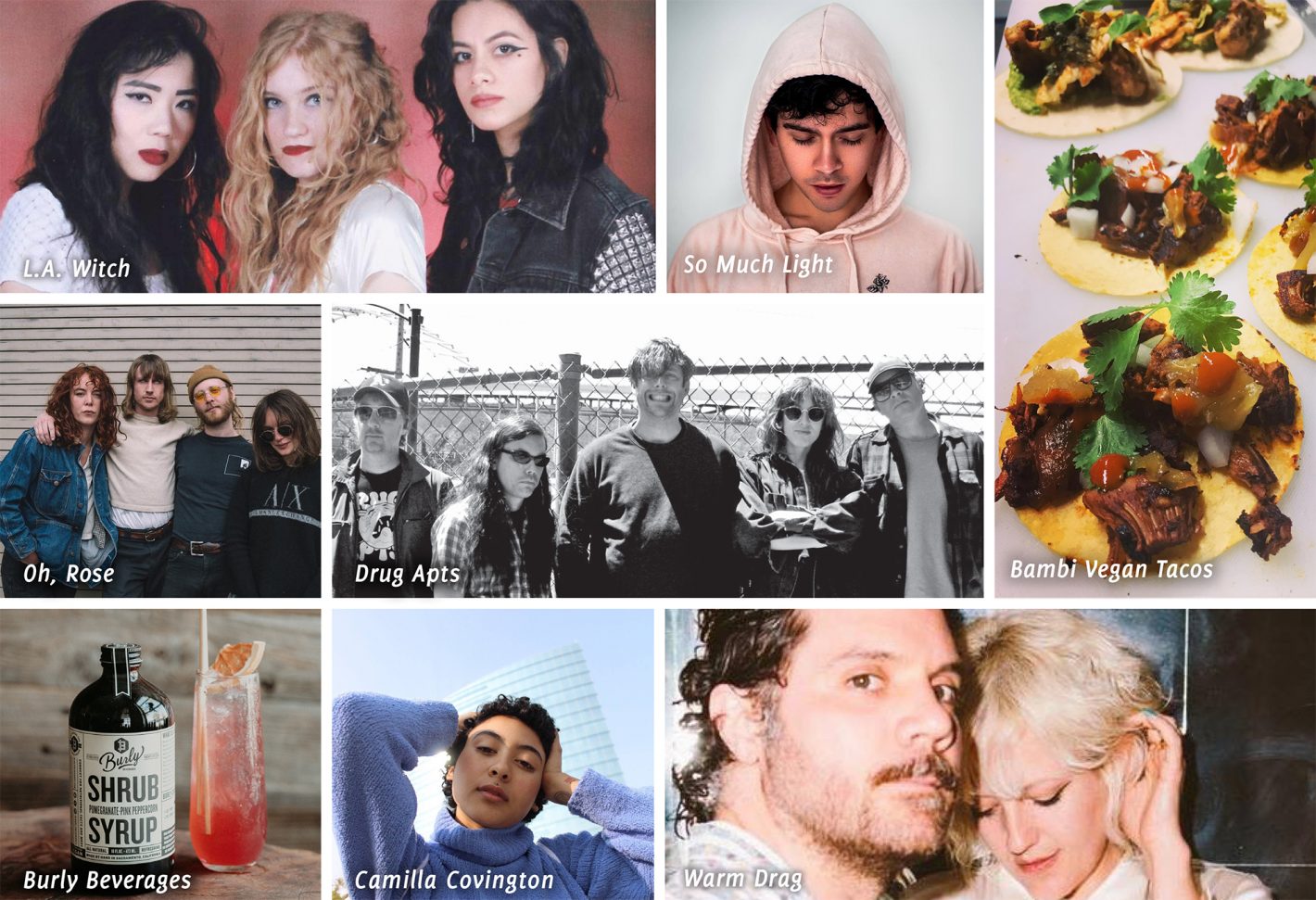 What used to be an old fruit-packing warehouse on the outskirts of Mansion Flats in Midtown Sacramento has over the last couple years transformed into one of our city’s most vital hubs for experimental music and art events called The Red Museum. Located at 212 15th Street, The Red Museum not only occasionally hosts well-curated events featuring music, art, comedy, food and other creative performances, they also provide affordable practice and studio space to local creatives. Their biggest annual fundraiser is a one-day music festival called Red Ex and we’re happy to announce that Submerge has your first look at the killer lineup for this year’s event, Red Ex Vol. III, which will take place on Saturday, Sept. 14, 2019.

Headlining this year’s shindig will be the kick-ass reverb drenched rock group L.A. Witch, whose 2017 self-titled debut came out on Suicide Squeeze Records and took the underground rock world by storm. Second down the list are Sacramento’s favorite noisemakers, Drug Apts, who have a buzz about them around town similar to when Death Grips first emerged, which is to say, Drug Apts are fucking rad and you should get into them now before everyone else does. The lineup for Red Ex Vol. III doesn’t stop there, as it also includes Warm Drag, FM (featuring members of Black Dice), Oh, Rose, Glass Bat, Julian Never, So Much Light, Camilla Covington, Mallard, Tentacult, Spitting Roses and Minihahas.

“This is the third year we have produced the Red Ex event, which raises funds that help us continue to operate throughout the year,” The Red Museum’s Jennifer Jackson tells Submerge. “Simply put, this event is how we survive. We’re looking to the community for support, but we are also giving back a highly curated event that represents the diversity of the current up-and-coming talent in our city. Sacramento has a warm community of artists and art supporters who are open to experiencing new things, making our city a really unique incubator for creativity.”

In addition to the two stages of music, which are sponsored by the City of Sacramento, there will also be food available from local vendor Bambi Vegan Tacos, cocktails brought to you by Burly Beverages, with wine from local staple Bogle Vineyards. Red Ex Vol. III is an all ages event that will take place from 3 to 11 p.m.

“The success of this project will demonstrate that there is a path to helping art spaces survive in a changing and gentrifying city,” Jackson says. “By galvanizing support from city leadership, local businesses, and the community, we can ensure that the future of the arts is secure here in Sacramento.”

You can snag $20 tickets through their Indiegogo campaign page, linked HERE. There are also options for cool extras too, like posters, pins, art prints from local artist Kyle Mitzel, gift cards to Mother and more.

Learn more about The Red Museum online at Theredmuseum.com, Facebook.com/theredmuseum, or on Instagram (@_the_red_museum_). And be sure to check out some tunes from some of the bands that will be playing in the videos embedded below!