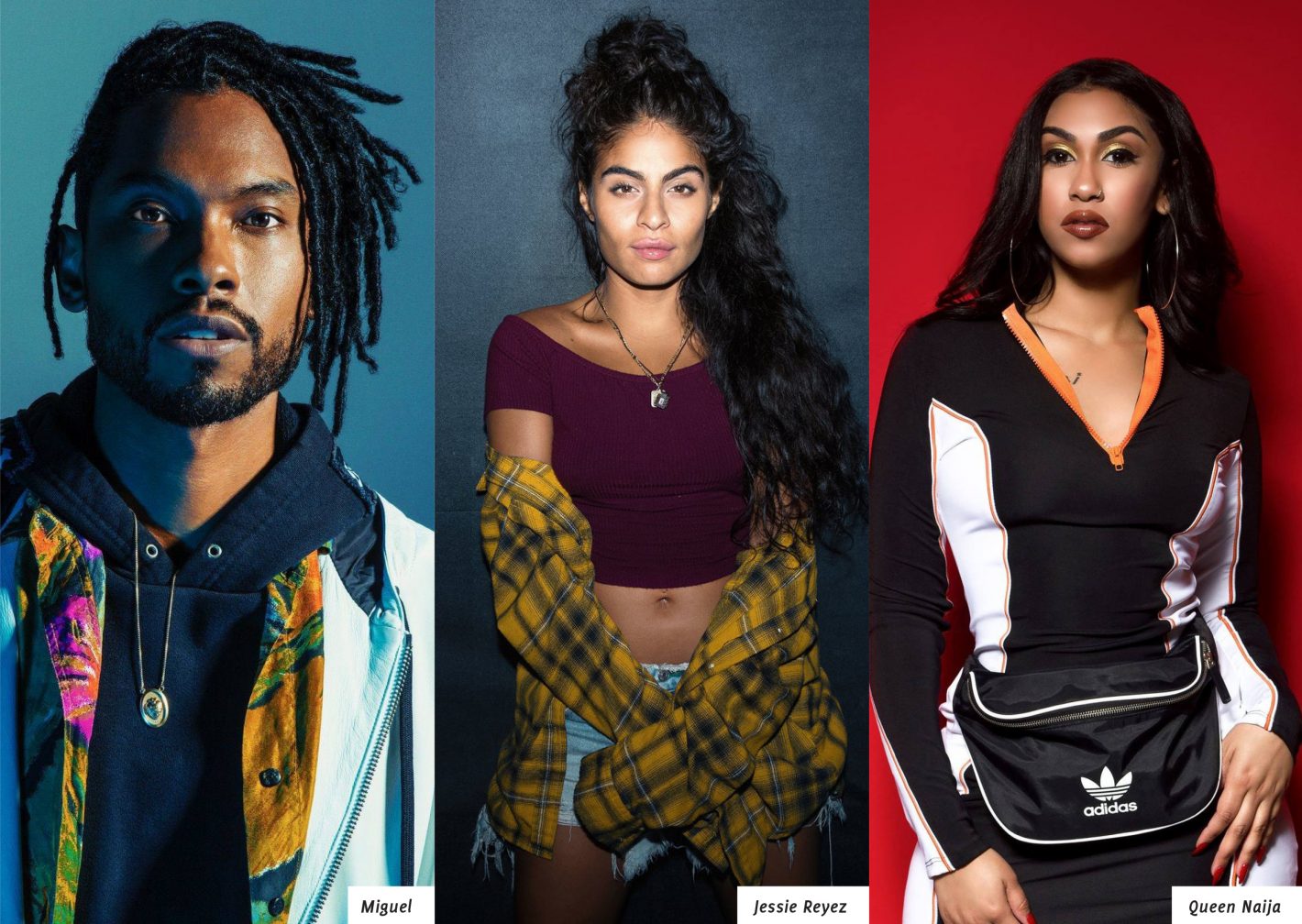 The first major music festival to hit Sacramento in 2019 has just announced its lineup. Sol Blume—a primarily R&B, soul and hip-hop festival—will return to Cesar Chavez Plaza on Saturday, April 27 for its second annual one-day, multi-stage event. Last year, more than 6,000 people packed into the historic downtown Sacramento park for the inaugural Sol Blume to watch acclaimed artists like Jhené Aiko, The Internet, Goldlink, Sabrina Claudio and more. This year, the festival will be headlined by Grammy-winning R&B singer-songwriter Miguel, a California native who has only played a major concert in Sacramento one other time, all the way back in 2012. Joining Miguel will be the platinum-certified singer Jessie Reyez, who won Breakthrough Artist of the Year at the 2018 Juno Awards (basically Canada’s Grammys); plus singer Queen Naija, from Detroit, whose working on her major label debut; as well as Atlanta MC J.I.D, a member of J. Cole’s Dreamville Records team; Jamaica-born singer/producer Maségo; Grammy-nominated rapper Tierra Whack, and many others. In a press release sent to Submerge, festival co-founder and executive producer Justin Nordan (a Sacramento local and music industry expert who also works on the popular Concerts in the Park series, also held at Cesar Chavez Plaza) stated that, “The Sol Blume team and I couldn’t be more proud to unveil this year’s lineup, which we have been hard at work on since wrapping up year one last spring. After the overwhelmingly positive and supportive feedback we received last year, we plan to raise the festival to even greater heights and bring a better on-site experience for all our attendees. Creating and producing this event is an amazing milestone for Sacramento’s thriving music community, and I just couldn’t be more excited about what the future holds for our team.” Check out the full lineup and snag tickets, which start at $85, online at Solblume.com.