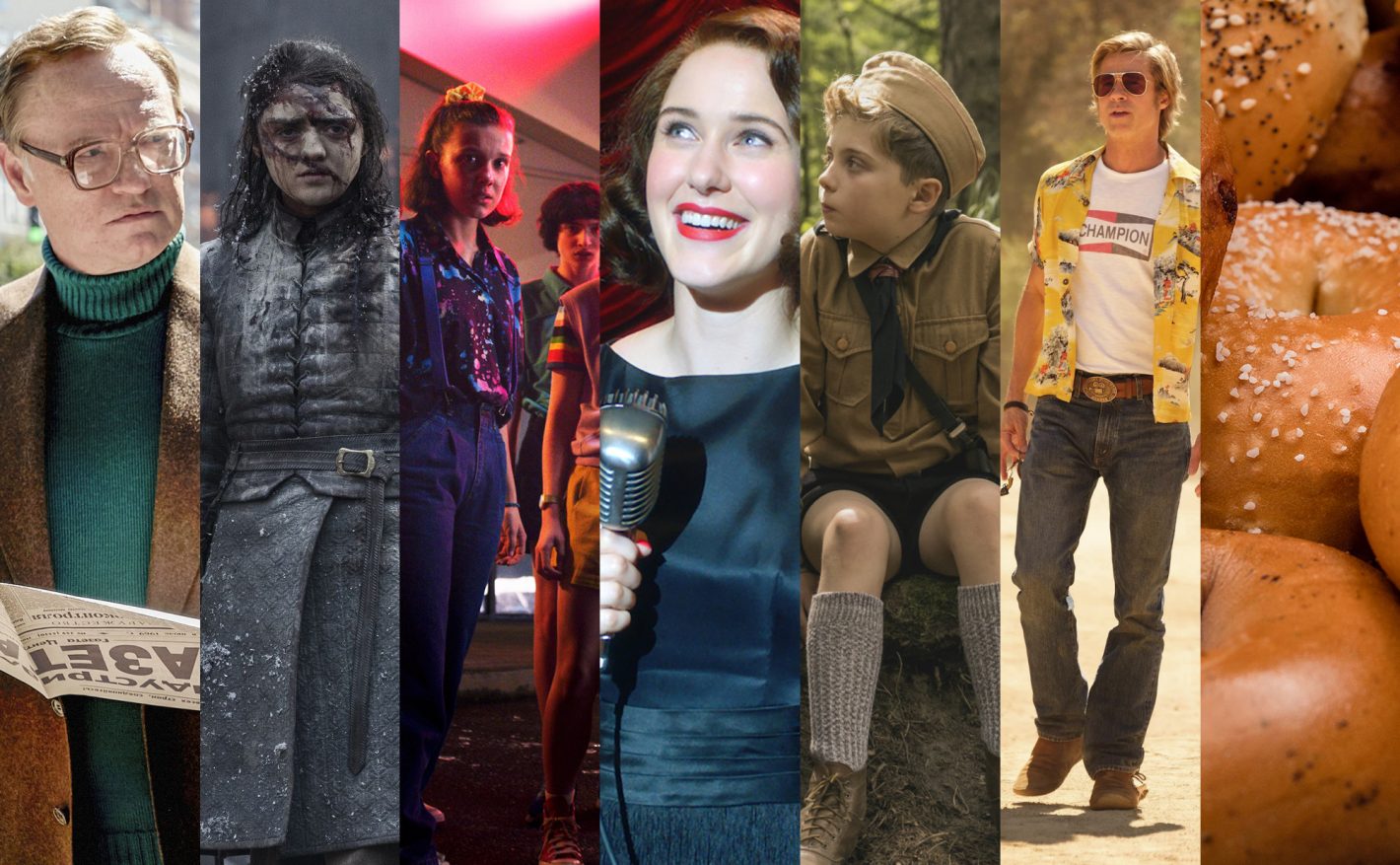 Ah, 2019, what a year! What a decade! 2019 was a weird, up and down year. Can I get an “Amen”? I had a lot of “new” this year. New job (what up, Placer County Library?), new dog, a few new places I’d never been to in the great state of California. I also learned how to properly switch the inputs on my TV. I went a whole year without breaking the screen of any of my devices. Yeah, it’s been a big year.

In trying to think of how to “wrap up” 2019, I’m a little ashamed to say I think of the year in TV shows and movies. The news was atrocious, as usual (though I’m hoping we all get a nice big slice of impeachment pie for the New Year), and I don’t want to bring y’all down with all the bad stuff going on. Instead, let’s talk about Chernobyl.

Actually, 2019 saw an amazing assortment of new shows and movies. One of my favorites was the HBO limited series, Chernobyl, a sorta-fictitious-but-mostly-true account of the events that occurred during the nuclear disaster in 1986 Ukraine. HBO was kind of on a roll this year, with new seasons of Big Little Lies, Barry and the final season of Game of Thrones, which had the entire world basically watching to see who would take the throne. I’m curious to see what HBO has in store for us in 2020—especially with the influx of new streaming channels. I’d better get season two of Euphoria.

And let’s not forget the Fourth of July celebration we all had, toasting with our Eggo’s in hand as we binge-watched season three of Stranger Things. Seriously. We do not deserve two things: dogs and Stranger Things. But I am so glad we have both.

Is it just me, or are TV shows getting … smarter? Streaming services like Netflix, Hulu and Amazon Prime seem to be pulling out all the stops when it comes to writing clever dialogue and intricate storylines. The Marvelous Mrs. Maisel knocked my socks off at the end of 2019 with its third season. America seems to want more, more, more! of witty, smart comedy. Apple TV+ started off strong with its powerful star-studded drama, The Morning Show.

And Disney+ sorta dropped out of nowhere, fulfilling my wildest dreams of rewatching the weird-ass movies I watched as a kid—like Return to Oz and Babes in Toyland. And, you know, literally anything that has ever been on the Disney Channel or in the vault. Brink!, anyone?

And, ah, the movies. Maybe it was something in the air, but I went to a lot of movies this year. Aside from the usual Marvel films dominating the box office, I have to say I was pleased with some of the more oddball cinema this year. If you saw Taika Waititi’s black humor take on Hitler youth, Jojo Rabbit, you probably loved it as much as I did. Also, Tarantino’s latest masterpiece, Once Upon a Time in Hollywood, which throws major love to old Hollywood and some major shade to the Manson family. Another film that tried something new was Yesterday, which depicted what would happen if The Beatles were erased from the world’s memory—except for one guy.

I suppose it’s not a year-end/year-beginning rant and rave unless we talk about the dreaded topic: resolutions. What do you guys think? I’m not a fan of them, personally. If I want to change a bad behavior or start a good one, I try to just fuckin’ do it. Why wait?

But, I get it. Change is hard, sometimes you have to really rev yourself up for it or wait for the local gyms to have their obligatory “New Year: New You” membership sales. Whatever floats your boat. I do know that I can time it like clockwork: My local gym will be jam-packed with do-gooders for the first half of January, and then dip down to less-intense patron levels in February. Don’t be those people. You can do it!

All the more reason to not bother with resolutions, I say. Pick something you actually want to do. Like, decide to take at least 12 hikes in 12 months. Or vow to not eat at Del Taco after 9 p.m. Or plan to take a vacation outside the state. Start eating more vegetables. Stop eating so many bagels. I don’t know; the world is your oyster. Let’s do this, 2020!

As for me, I think my resolution is to do a few of the things above. Except the bagels. I’m not giving those up.