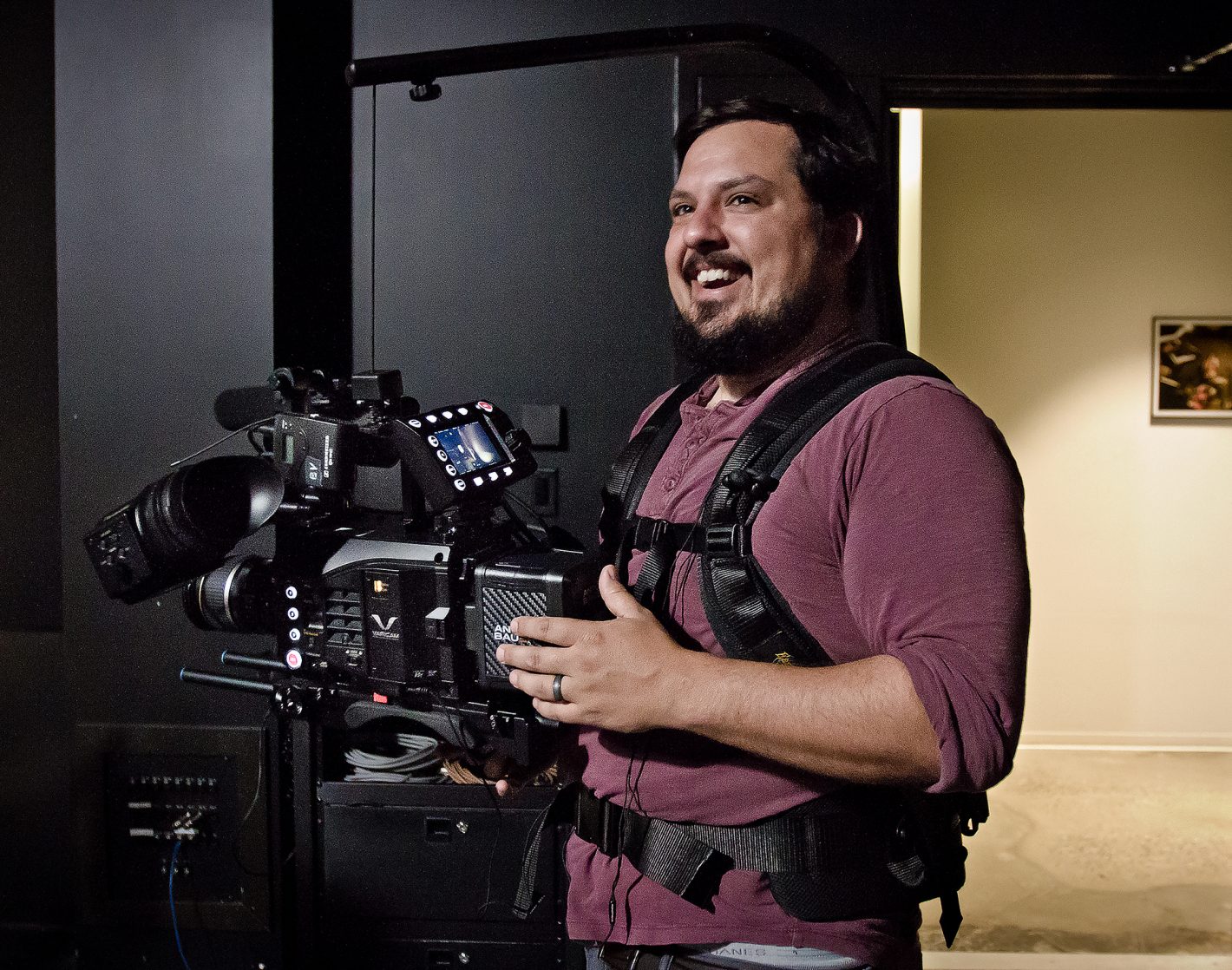 Brandon Vedder’s newly released film, Strange Negotiations, is in a way neither particularly strange nor in any way a negotiation. Quite the opposite, in fact. What it is instead is magnificently unpolished and relentless in its examination of David Bazan, formerly (and… surprise, currently—but the film will get into that) of the indie band Pedro the Lion. Bazan is known for asking some pretty heavy-hearted questions about life on the road as a musician, purpose, family, whether it’s enough just to stir the hearts of a few people in a Kansas City living room, and, biggest of all, the film (through Bazan) asks who you are if you renounce your lifelong belief in Christianity and walk away from your critically acclaimed (and commercially successful) band. Vedder’s film opens with a slow shot of Bazan behind the wheel of his minivan, silently trudging uphill through a rainstorm. It takes a long minute to realize, through intermittent glances in the rearview mirror, that Bazan has been sobbing the whole time.

Vedder’s film, like Bazan himself, doesn’t hide anything or polish any of the unattractive parts of Bazan’s life, and stays with you long after the house lights come up. At one point in the film, Bazan proclaims that “vulnerability is the antidote to anxiety and self-loathing” and as if guided by that manifesto, Vedder’s film embeds itself in Bazan’s psyche, asking questions, watching him struggle, sitting with him while he cries and investing in his pain. Vedder paints Bazan as a sort of uncompromising Antigone character—self-sacrificing for the sake of virtue, and playing his heart out between minivan trips that crisscross the United States. I sat down with Vedder to find out more. 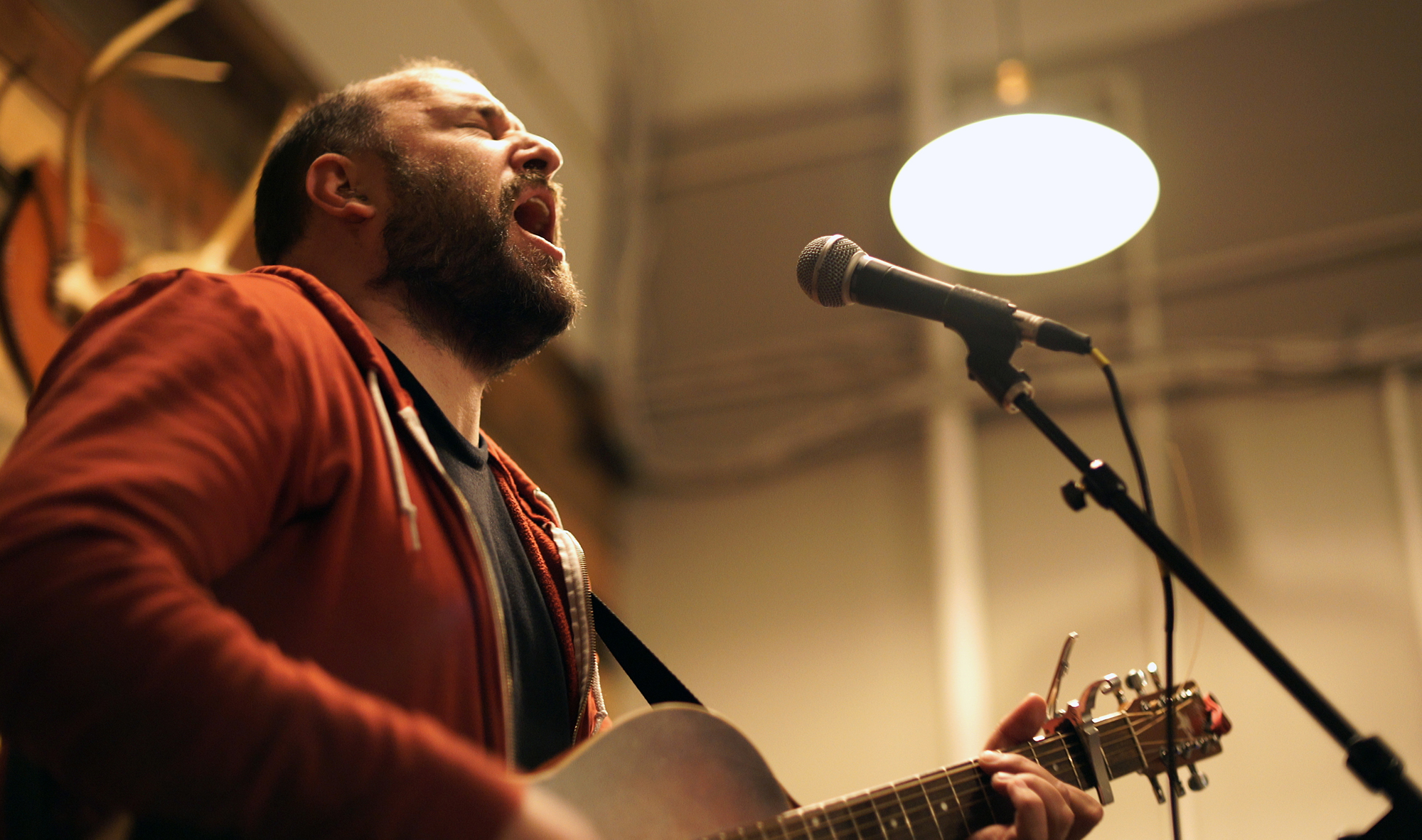 David Bazan performing at a house show in Orlando, Florida

Did you know David before this?
I didn’t, no. I was familiar with his music—with Pedro the Lion, listening in high school, and then like everyone else, I kind of lost track of him once he got rid of Pedro, and I didn’t hear about him again for a minute, until I was finishing my last film, In Pursuit of Silence. I had a shoot in Mexico and downloaded a handful of podcasts. One of them was You Made It Weird by Pete Hall, the comedian. He had Dave on and they had this insane conversation. That kind of lit the fire and through mutual friends I ended up getting a hold of him. I had a conversation with him and his manager on the phone, talking a little about what I was interested in and what I was curious to explore and they were into it—cautiously into it.

The film is really intimate, and while he seems like an incredibly vulnerable person, it also seems like he’s someone who might like his space sometimes. How’d that work out?
That’s a pretty astute observation about David. It’s a vulnerability that he likes to have control over, but he’s always able to frame himself and control his vulnerability, but it’s a whole different thing to give that to someone else and let them frame you. The nature of the film is editing all of these disparate parts to tell a story, and I think it was a whole other level of vulnerability than he had ever experienced in the past.

How involved were you in his life on the road?
The project really called for me to be as sensitive as possible and try to understand how to crack this guy’s head open in a meaningful way. The first trip I went on, I was able to bring a cinematographer with me who’s a close friend of mine. We’ve shot a lot together, and we were kind of in a follow car and we’d sort of leapfrog through it, staying at the same motel or whatever, but if we didn’t have it set up for a long drive interview, I wouldn’t be in the car with him, and we’d just sort of shoot the travel stuff and a lot of the drone stuff, and we got a lot out of that trip. But in subsequent trips, it ended up just being me, and knowing that I needed to get more intimate, knowing that we needed to be more personal and intertwined. So we probably did six big shoots like that, you know, between six weeks and a week over the course of three years.

Was it hard to remove yourself and just kind of watch David ask himself these questions or did you feel like you needed to prod him?
There are certain times where it’s more about sitting back and watching, and there are other times, not that I would ever influence what was going to happen, but I was more interested in some of the thematic elements than others and tried to focus the film like that.

Can you talk about your relationship with some of the themes in the film? Was it hard for you not to get caught up in some of those questions yourself?
A huge part of why I made the film is because I was and am asking a lot of the same questions and dealing with some of the same issues, whether it’s just the general kind of like ideas of balance in life as a husband and a father and an artist, whether it’s just the idea of having a fidelity throughout all of these elements in your life and having everything point toward the same thing, down to how hard it is to make a living as an independent artist and how to take that in balance-wise and faith-wise as well. You know, what is worth interacting with [in] this faith system, and I wasn’t introduced into this whole world of faith until later in my life whereas David was born into it quite literally. But we found ourselves in pretty similar spots in terms of where the loose threads were that we wanted to pull. And so yeah, it’s interesting.

It’s especially interesting to hear that that’s where you were coming from because you manage to keep the film so agnostic in terms of choosing sides or answering any of these questions. Was that a hard balance to strike?
I don’t know. I always knew that’d be the case with David, so his living intention and always asking questions … and his approach to life, his sort of posture to living were the most important and helpful things about David. There were so many ways I could have gone with the story, getting more political or examining exactly which parts of the faith made sense to him or whatever, but to me the most interesting thing was to have an hour and a half of stepping into this guy’s shoes to see this kind of posture of openness and questioning in a helpful way in a time where we’re taught that—no matter which side you’re on, you just need to bolster your belief and bolt down the hatches because we’re under attack, no matter which side you’re on, we’re in the middle of a battle. So to see someone just let go of all of these imaginary lines and just ask “what is it?” that just became really helpful and interesting to me. 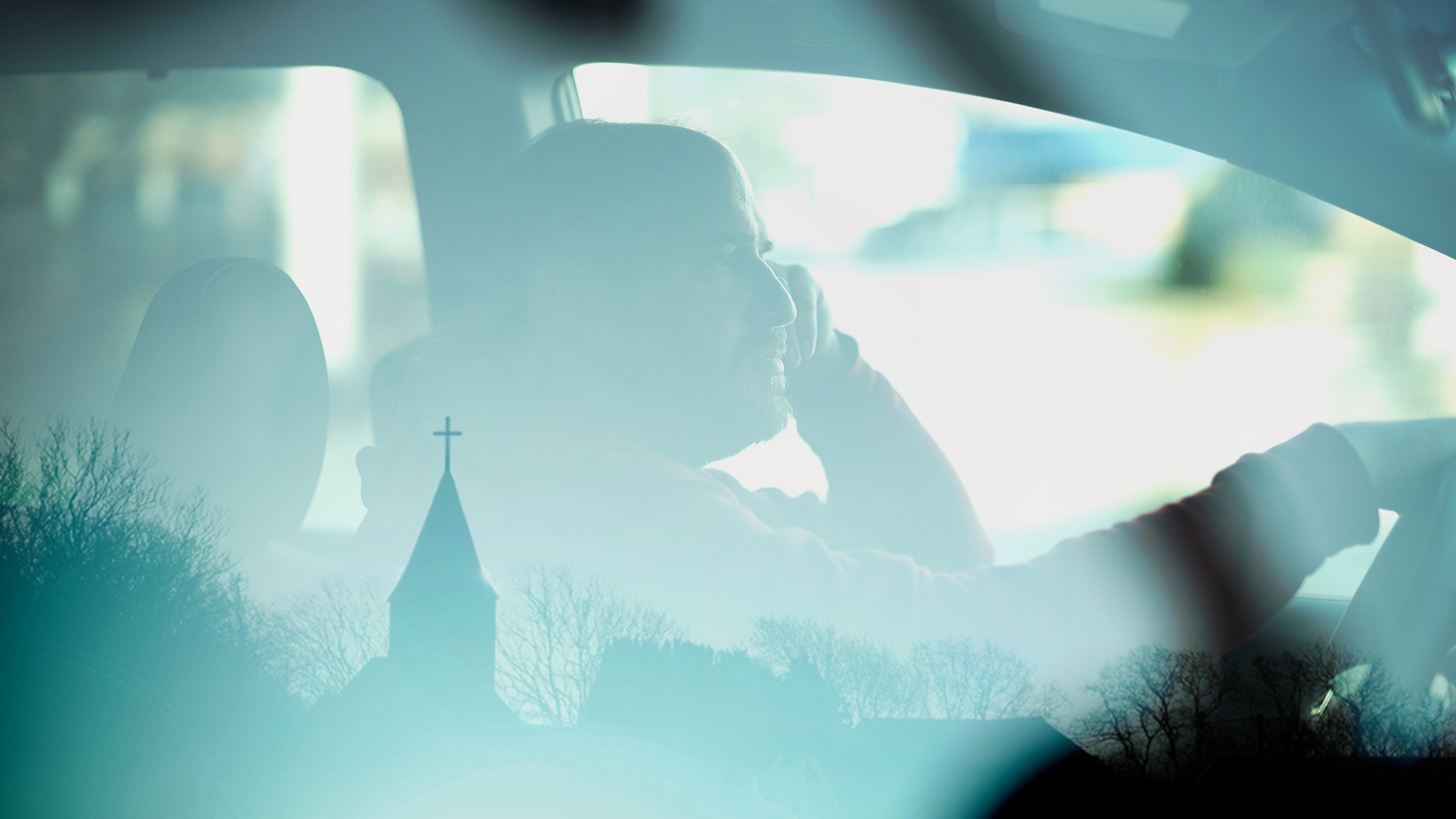 Have you had any pushback from people seeing the film and being disappointed that it doesn’t reaffirm their values?
Not yet. One of the things that I went into was wondering what kind of experience I was interested in creating, I wanted the film to be able to speak for itself as this 90-minute piece that’s happening, that if you sit down and give this guy a chance, it’ll be impossible to deny this person’s journey and the importance that it has. So far people have only seen it in theatres, so I’m interested to see whether or not there’s that sort of pushback.

Let’s talk about that. I read that there’s going to be a digital release in November.
Yeah. So it’s been a really interesting process with this film. The film’s main market is super hard to quantify and in distribution, the biggest thing is people wanting to know who they’re gonna sell a film to and exactly how they’re gonna sell it. After SXSW, I did the thing I did with all of my past films, which is to talk to people and make sure they got a chance to see the film, and I talked to a lot of distributors. Over and over again I got exactly what I thought I was gonna get which was “I love the movie, so powerful, such a human story, but we have no idea who to sell this to or how to sell it” you know, at Magnolia or Sony Pictures Classic, they were just like, “What do we do?” I hooked up with this distribution company out of Nashville called Aspiration Entertainment and they love the film, they’re perfect for the film, so the film is going to be released on iTunes and nationally and it’s great because I’m not having to sign the film away. I get to maintain control of it in every way and sell different markets in different ways. The idea is to do really well with iTunes presales and sales and restart some conversations with Hulu and Netflix and Amazon about streaming.

It’s seemingly perfect for that.
Yeah, I agree with you that this film is really well-positioned to be a kind of “stumble-across” film online.

What does David think of the film?
He’s seen it probably 10 times in its finished form and he loves it. We were just arguing the other day because I was trying to put up some clips to market the film, clips that didn’t necessarily make it into the film and he’s just like, “No. this is perfect. It’s fucking perfect. Don’t mess it up. It’s all there and we got it” and I’m like, “Yeah, but I’ve got to get people to come to see it.”

Strange Negotiations was released digitally on Nov. 19, 2019. For more info, go to Bazanfilm.com.