Abuse Your Illusions • The Magical World of Michael Carbonaro 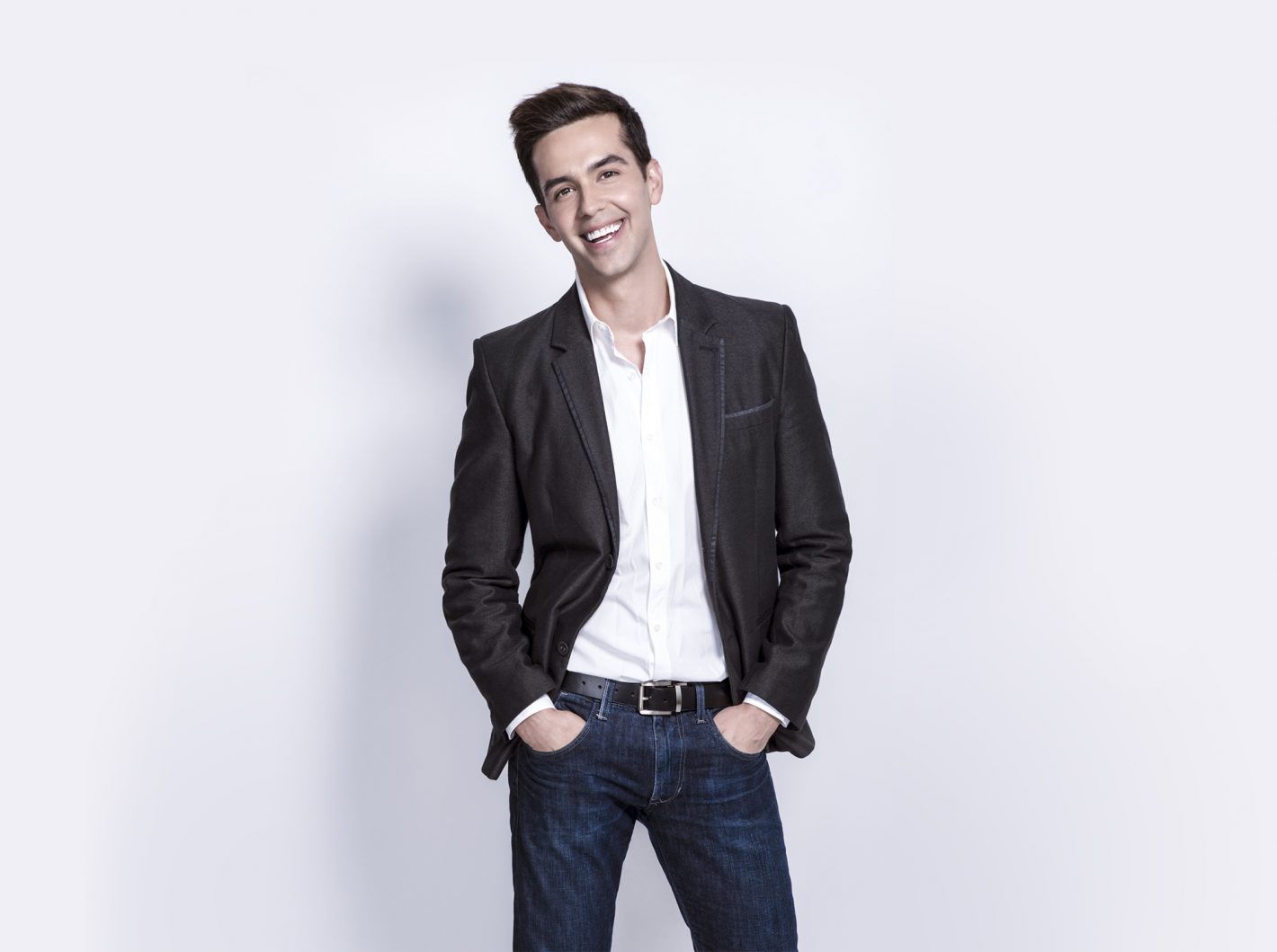 Ask Michael Carbonaro if he’s a magician, a comedian or an actor and he’ll cop to the fact that he’s not really sure. But he also doesn’t care, so long as he’s entertaining people—a calling he’s heard since he was a child.

On his TruTV show, The Carbonaro Effect, he employs the covert trickery of Candid Camera, the social manipulation of a Sacha Baron Cohen character and the sleight of hand of a Vegas magician. It’s a show built on illusions delivered as pranks on unsuspecting retail shoppers.

We, the audience, are aware that a magic trick is happening, although we’re never told how. The “guest,” who encounters Carbonaro organically, usually behind a counter, has no reason to suspect anything is out of the ordinary.

Let’s take the example of a woman who walked into a health food store on an episode in which Carbonaro was offering samples of “fresh almond milk.” He picks up an almond, lets the customer inspect it, then pinches it between his fingertips until he has it positioned over a small sample cup. After a few initial drops, he gently squeezes out a steady stream of milk, leaving the customer gobsmacked. She knows on some level that what she’s seeing can’t be possible, but then again, it’s happening before her eyes, and she vocalizes her disbelief in the moment. No way that’s how almond milk is made. “I felt the same way,” Carbonaro assures her. “But they were like, ‘No … almond milk. Like, milking an almond.’ Duh.”

It’s a laughable assurance, but the guest isn’t afforded the knowledge we have on our end of the screen. The health food store is real, and she’s standing two feet away from a cashier who just squeezed milk out of a tiny almond and referred to the pointy end of the nut as its “nip.” He tells her it’s not bitter like the store-bought kind, and offers her a sip, which she takes, further ratcheting up her disbelief.

As a longtime cord-cutter whose viewing habits are mostly formed by social media and whatever the algorithm feeds me, I’m not sure I’d have ever found the show if not for a stay at my parents’ house a few years back. My dad, as he’s known to do, scrolled through his DVR to share some of the stuff he’d saved over the months—everything from live Cat Stevens concerts to cartoons for my kids. Somewhere in the stack was The Carbonaro Effect, which was entirely off my radar at the time.

I have an unfortunate fear of commitment that kicks in hard when I suspect I might be entering into something unenjoyable, and to be quite honest it was bubbling up when he pressed play. But what I got was the fresh-faced Carbonaro, who is 43 but looks a solid 10 years younger, behind the counter of a dog kennel where he, in real time on camera, placed customers’ pets into a machine that flattened them into disks so they could be efficiently stored—eliciting a combination of confusion and horror from the patrons. It killed me in the best way, and I watched it for hours that night.

Comedy is a powerful vehicle for social and political commentary, especially in moments like the one we currently occupy. But it doesn’t always have to be that. Not only is The Carbonaro Effect a beautiful reprieve from the daily noise, but it cuts through our dividing lines by trying to do nothing more than trick people in a way that’s good-hearted and funny.

In the following abridged version of our phone interview, we talk with Carbonaro about that, his childhood, his sexuality and more. The Carbonaro Effect airs regularly on TruTV. He performs at Thunder Valley Casino on Jan. 17. 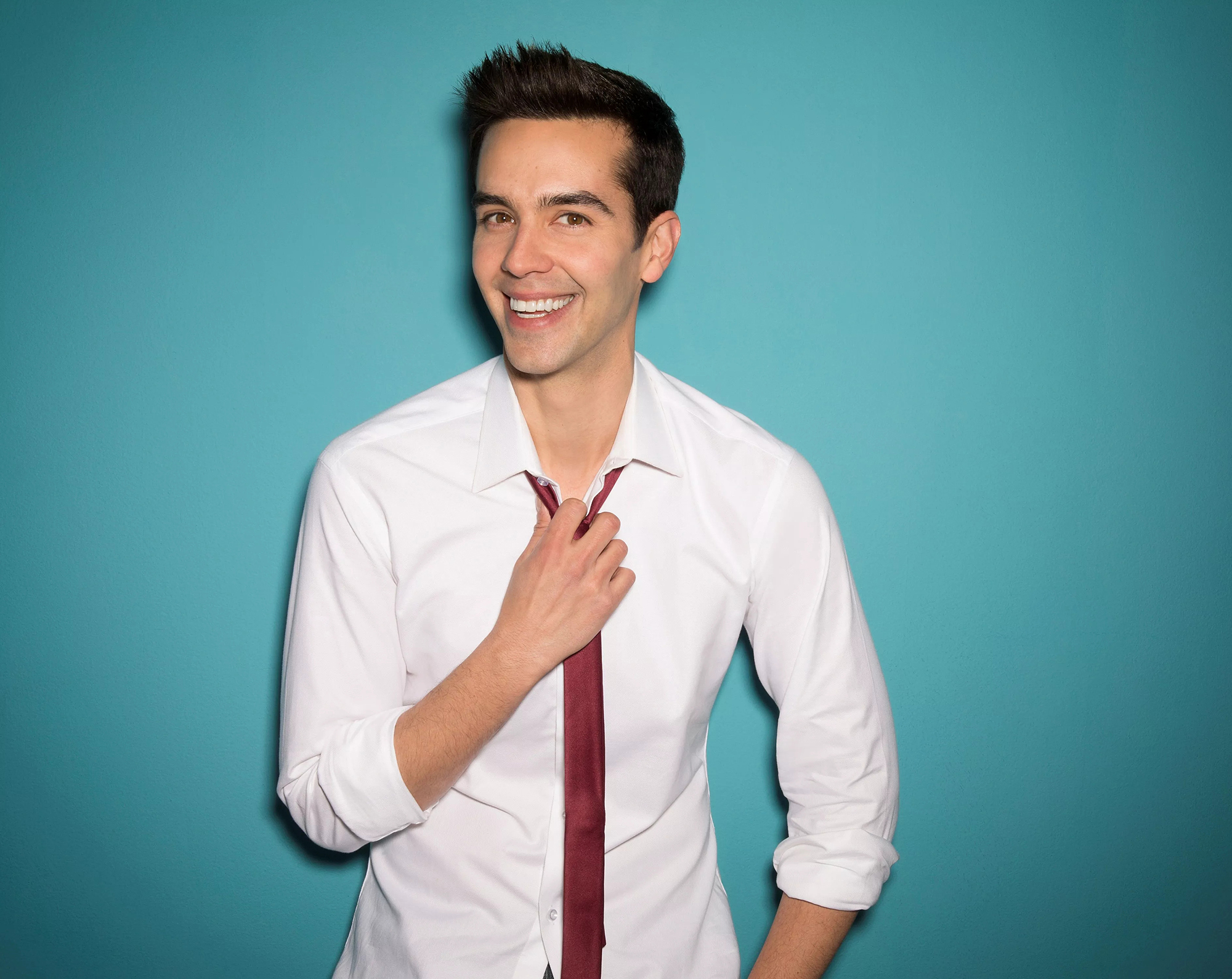 How does the live show differ from the TV show?
Die-hard fans of the TV show secretly wonder if it’s real—if I can really do these magic tricks or if it’s just television magic, like camera editing and actors. Then all of a sudden, boom, a fish bowl disappears out of nowhere just like they’ve seen on the TV show, but it’s right there in front of their faces. You can feel this electric charge in the crowd.

Like the TV show, it’s got that improvisational one-on-one kind of feeling, but we never really know how it’s going to go. There are times in the show when the audience can see that the person on stage is being pranked even though the person on stage doesn’t know it.

Would you describe yourself more as a magician or as a comedian?
I always dart back and forth. My love of illusion started in the world of theatrics through special makeup effects. The first thing I wanted to be was a special effects artist for movies, but then I found a love for performing. I talk about this at the [live] show, too. I label myself now as an entertainer. That’s just kind of the best all-around version of it.

What was a young Michael Carbonaro like?
Monsters, special effects, fake blood, putting goop all over my face and looking like a weirdo and pranking people. I was just born to love theater and illusions.

You have a knack for building pranks around commonly known but potentially misunderstood phrases like “grass-fed beef” or “fresh almond milk.” How do those expand into pranks on the show?
I wasn’t the greatest student, and I sort of half listened to stuff. I would have to fill in the rest and BS my way through tests and stuff. I just tie it all together and come up with some reality. What if I just take the term literally and feed grass to the beef?

Gluten was another one I played with. There was so much talk about gluten and how everything has to be gluten-free. I thought, why don’t I make something that extracts gluten? Nobody knows what the hell gluten is, so I mixed tapioca balls in slime to make it appear like this machine was extracting it from croissants and rolls. People believed it because they were like, “I’ve heard about gluten!” It was this German machine and we called it the GlütenVac. We’re just toying with facts.

In our divided political moment, do you think there’s a hunger for the pure, escapist humor your show offers?
I hope so. On one hand, we all have freedom of speech and we should speak our mind, but on the other hand, the country is divided. Maybe this kind of thing does help us find a middle ground and a togetherness, absolutely. I hope that there’s something about that.

How much of your audience do you think is aware that you’re gay?
Every now and then I’ll get, “Holy crap, I had no idea he was gay!” Or I’ll get, “Oh my God, he’s gay? I’m never watching the show again!” It just fills the whole ridiculous spectrum of a divided world. I also have a lot of people who are super cool on Twitter who know. Coming out these days is sort of like whatever. I never really came out, per se. I think that’s kind of cool. I move toward a world where it just doesn’t matter.

You’ve mentioned that the live show often brings full families, from kids to parents to grandparents. Why do you think that is?
When I grew up, I was doing birthday parties and communions and christenings and bar mitzvahs and company picnics. I’ve always performed in front of crowds that included all ages, so I just developed a way to speak to that energy.

Even though these are pranks, it has a non-mean-spirited vibe. I can be sarcastic without being mean. There’s a fine line there and that’s just my soul coming through—I don’t know. I like people, and I like people to be having fun. I don’t ever like to make somebody feel awkward. I might scare them a little on the TV show, but you know, there’s a happy energy there.

See for yourself what the fuss is about Friday, Jan. 17 at Thunder Valley Casino (1200 Athens Ave., Lincoln) as Michael Carbonaro brings his vaunted illusion-comedy-magic hybrid stage show to the masses! Visit Michaelcarbonaro.com for ticket information.