Sacramento Native and Photographer, Amanda Lopez Has the World Beneath Her Feet 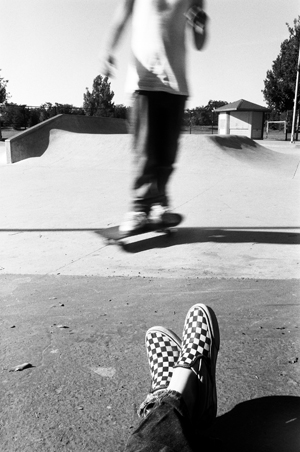 I met Amanda Lopez on move-in day at San Francisco State dorms nearly nine years ago. We became immediate friends, and ever since I’ve been lucky to watch as she selflessly follows her dream and blossoms as a photographer.

Without question one of the most genuine, caring and humble individuals I know, Amanda radiates an energy that comforts anyone in her presence. These traits are not that of a typical artist, but behind the camera her natural gifts and talents meet. Through photography, her eye for human emotions and her ability to empathize manifest into captivating images. As any great photographer does, her pictures tell stories and stimulate the human senses, whether it be feeling a cold stare or warm smile, or visually portraying the sounds and vibes of a community. She has dedicated a decade of her life to art, and will continue to build upon and perfect her technique for the rest of her life. It’s not a hobby; it’s everything else.

Being that she is a native of Sacramento, a graduate of Sacramento High School, there are hundreds others in the area who feel about Amanda the same way I do. I know I speak for all those people when I say I’m blessed to be her friend, inspired by her work ethic, proud of her accomplishments and excited to see what awaits. And if you don’t know, now you know.
The following is an Instant Message conversation between Amanda and I in anticipation of her upcoming show Dec. 13 at Artifacts located at 907 K St. This particular exhibition will feature Amanda’s continuing self-portrait series, which documents all the places and situations she’s experienced in her checkered Vans. For a look into her portfolio you can check www.amandalopezphoto.com. 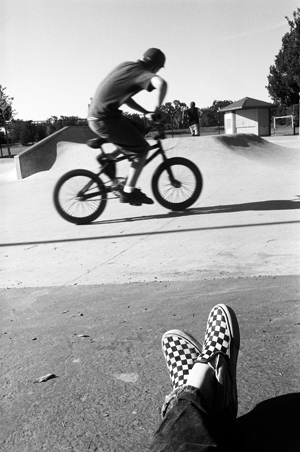 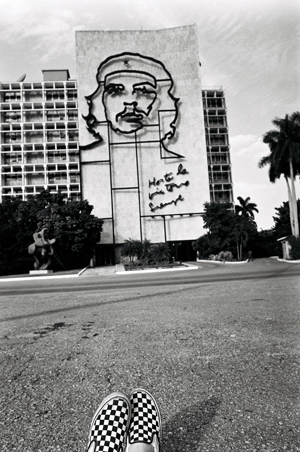 Amanda Lopez, originally we had talked about fueling this interview with a glass of wine. For our readers out there, what kind of wine are you drinking tonight?
Two-buck Chuck in a red plastic cup. And you, my friend?

Always.
I’m on budget. Saving for a new camera, son.

Oh word? What are you looking at?
A film camera, a Pentax 67, it’s what all my favorite photographers use. Waiting for the price to drop a bit. I’m sure it will since digital is all the rage. 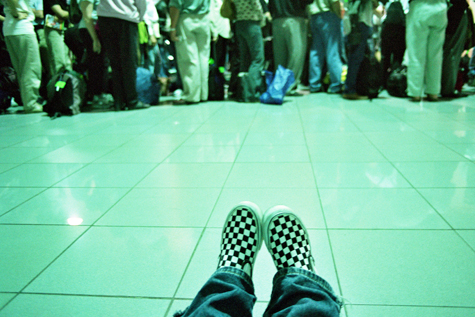 Why do you keep it real and still ride for the film?
I like the process of shooting and not knowing what you’re going to get. Taking the film to the lab, getting proofs, plus the color saturation is better. Skin tones are truer to life. Digital blows out highlights to fast. Really, it’s just a preference. Digital has its advantages.

So you mentioned your favorite photographers used the 67, who are some of your favorite photographers?
Estevan Oriol is my all time favorite. He was the first photographer whose work I saw that floored me. He has this uncanny ability to capture both strength and sensitivity in people. I also love Annie Leibovitz. Her photo of Marc Anthony and Celia Cruz changed the way I looked at portraiture; the way the picture captured the moment.

You worked as Estevan’s assistant for minute. How did you get to that position? And what did you learn while you worked for him?
I saw his work in Fader when I was a sophomore in college, and the pictures were amazing. The story was about tattoo culture in Japan; actually it was more like tattoos, lowriders, girls and gangsters. It was so beautiful. I looked him up and sent him an e-mail, and to my shock, he responded. We stayed in touch over the years, and when I finally got the opportunity to go to Los Angeles I e-mailed again and he invited me to assist him. I was only supposed to stay in Los Angeles for a month, but ended up staying for about a year. I learned that you have to be on your grind 24/7 to succeed, and also that it’s not always about fancy set ups or fancy lighting”¦you don’t need them to take great pictures. You have to trust your instincts and not worry about what other people are doing. Also, you really have to love the craft and know that it’s not always about money. 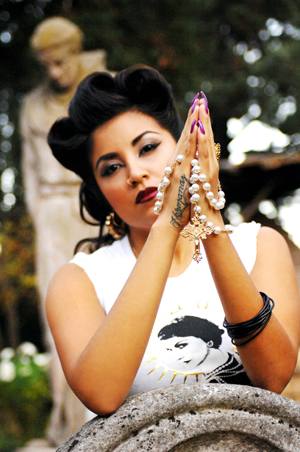 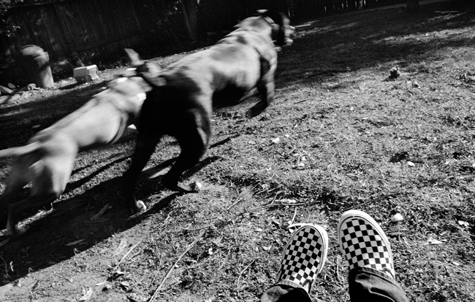 You talked about how he captured strengths and sensitivity. When I look at your pictures, I feel like you catch people very happy and very serious. Is there a learned way to do that, or do you think it’s instinctual?
I think it’s instinctual. I look for those things when I photograph people and that is definitely inspired by Estevan. I know what I am looking for before I shoot, so I look for those expressions in people. If I’m photographing a friend I already know what those expressions look like so I direct a bit to bring them out. You have that.

Don’t butter me up! This is serious! But speaking of buttering up, in my intro paragraph, I lay it on pretty thick. I tie your personality into your ability to capture those emotions? Do you see a connection, or am I “¦ trying to make a headline?
I think you’re right. Each photograph has a bit of me in it. I think in general I am pretty mild mannered, but I think I can also be “tough” when I need to be.

Alright, let’s take a second for you to brag a little bit. Who are some of the famous people you have photographed? And were there any funny stories from those?
Most famous…I photographed Terry Cruise for Mass Appeal. He’s on Everybody Hates Chris. I worked with the Federation; that was dope. David Banner was two hours late and made me miss an opportunity to photograph the Wu-Tang Clan… Or how about David Banner was a gentleman? He was super nice though.

My word count is running out. To end it, what can you tell folks about your upcoming show Dec. 13 at Artifacts on 907 K St.
I’ve been working on the Vans project for a minute now. It started in 2002 at a skate park in Davis and the project kind of snowballed from there. I’ll be showing 20 of my favorite pictures from the project, with shots taken in Los Angeles, Cuba, New York, Mexico, San Francisco”¦ 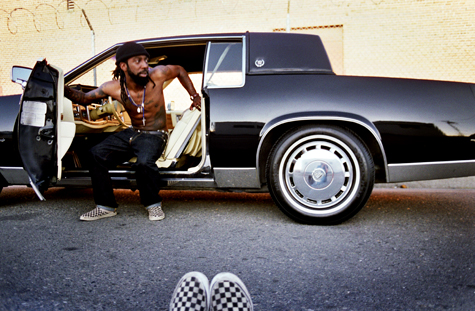 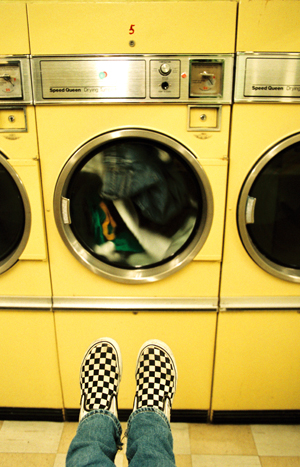 I really thought this interview would be lot crazier, sorry I took it so serious.
Should have been more gangster and drank Bailey’s. 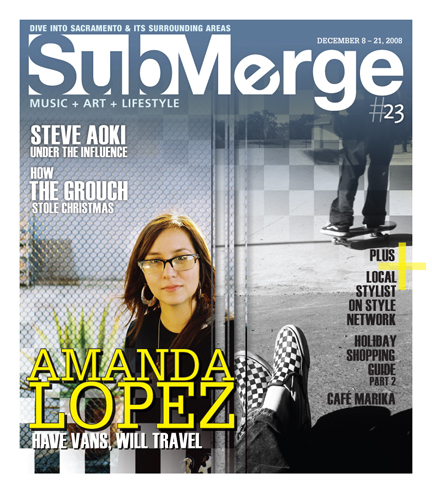