No matter what uptight musicians will have you believe, music is not all about the music. Image is important. If you don’t agree, go to any concert in any bar, club or arena anywhere in the world. Chances are, the look of the crowd will mimic that of the people on stage.

It’s nothing to be ashamed of. Hey, if you can cram yourself into a pair of skinny jeans, good for you. Humans are just visual creatures. But the images we associate with the music we love doesn’t have to be as superficial as the right pair of sunglasses or the ironic value of a T-shirt. What we see can actually—and should—enhance what we hear. And if those images say something about the time in which the music it represents was created, then all the better.

Documentarian Merle Becker has long had a fascination with the iconography surrounding music. A self-described “obsessive music fan,” Becker’s first job out of college was working for MTV’s embarrassingly seminal ’90s cartoon program Beavis and Butthead. She worked alongside the person who selected the music videos shown in each episode.

“I was going through the MTV library looking for obscure and bizarre music videos,” Becker admits. “It was basically 9-to-5 watching music videos, which I loved, but I think anyone else would probably have slit their wrists.”

If nothing else, her work with Beavis and Butthead only seemed to strengthen her draw to the imagery of music. Fast forward to 2004—years after the misanthropic animated duo uttered their final, “Heh, heh”—when in a book store, Becker stumbled upon The Art of Modern Rock, a coffee table compendium of rock poster art. Though she admits she wasn’t a collector or even a fan of the genre prior, the book certainly piqued her interest.

She was so “blown away” by The Art of Modern Rock that she decided to delve deeper into the world of rock posters. She left her job at MTV and embarked upon a four-year journey that culminated in American Artifact: The Rise of American Rock Poster Art, a documentary that follows the timeline of American rock poster art from its birth in the 1960s. 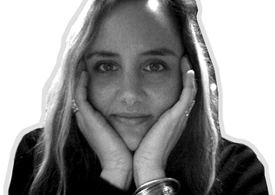 American Artifact interviews collectors and also some of the genre’s most notable names, spanning decades, including Stanley Mouse, Jermaine Rogers, Frank Kozik, Coop and Tara McPherson. These artists have created posters for bands such the Grateful Dead, Death Cab for Cutie, Green Day, Tori Amos, Pearl Jam and many others. Also featured in the film is Paul Imagine, a Sacramento rock poster artist who has worked for bands that he admits, “Most people don’t know.”

“The thing I love about Paul is he’s always laughing,” Becker says of Imagine. “I don’t think I’ve ever talked to him when he wasn’t giggling. When I was putting the film together, it was a lot of fun to go through his footage, because he’s always joking around and laughing and giggling. We would sit in the edits and start giggling with Paul. 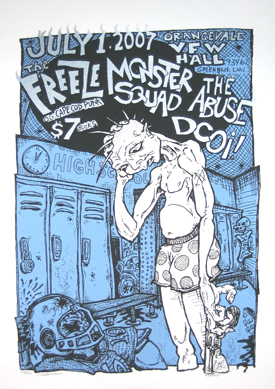 “He has done a lot, and is very active in his local scene,” Becker continues. “Not just with his poster art, but putting on shows, and bringing other poster artists to do shows in Sacramento. I was drawn to him because he’s so active, his work is so fabulous and he’s just a funny, super nice, giggly guy. And he said some fun stuff in the film. His quotes always seem to get a laugh from the audience.”

Submerge interviewed Imagine via phone from his home as he was “chilling and just checking e-mails.” And, as Becker suggested, he laughed quite often as he explained how he got into creating rock posters and got involved with American Artifact.

Imagine credits heavy metal album art as one of his earlier influences.

“I used to draw Eddies from Iron Maiden everywhere,” Imagine explains. “When I was in high school, I was a big metal head.”

However, it was in the punk scene that he eventually found a home. Originally, Imagine wanted to be a musician, but soon realized he “had absolutely no talent for it.” But being active in the scene, going to shows through out the ’80s and ’90s, he found another way to contribute.

“I met a lot of bands, and they needed fliers, and it went from there,” Imagine says. “I started doing friends’ bands and photocopied fliers. I’d learned how to screen print, because I wanted to put my artwork on T-shirts.”
It wasn’t until around 1999, when he attended a rock poster show in San Francisco, that he graduated to screen printing rock posters. 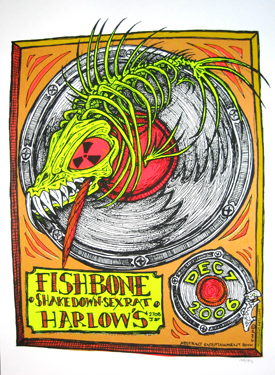 “I actually talked to some of the artists like Firehouse and Chris Shaw, and I was blown away,” Imagine explains. “I was like, ‘Dang, I can just start printing posters instead of photocopying fliers,’ and right after that, I
just started.” 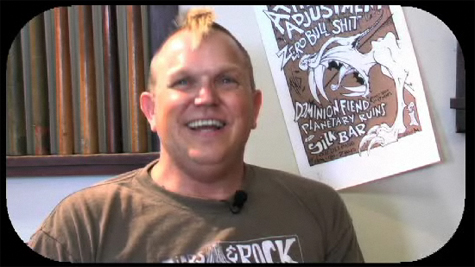 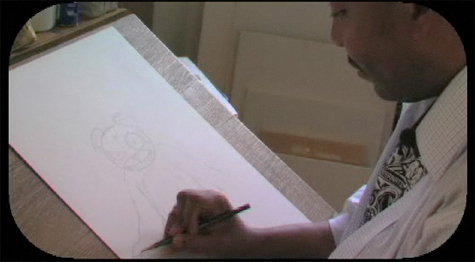 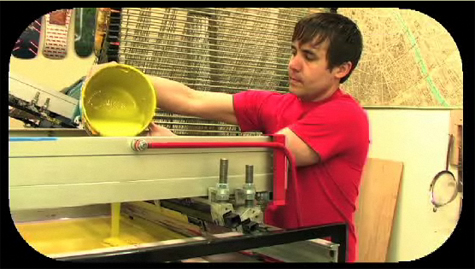 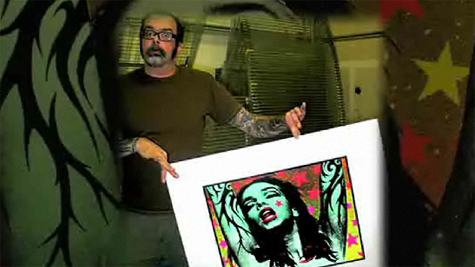 Since then, Imagine has managed to gain some measure of notoriety in the underground world of rock poster art without creating images for big names in the music world. Though he’s not entirely opposed to the idea.

“I would have to love them,” Imagine says of the possibility of working with marquis music acts. “I don’t listen to radio bands and stuff. I mean, if Iron Maiden wanted a poster from me, I probably couldn’t turn that down. I stick to shows that I would want to go to. I don’t go to the big auditorium shows. I stick with the punk rock bar shows and small clubs. If I don’t want to go to the show, I won’t do a poster for it.”

A lot of his aversion to working with major music acts has to do with his distaste for working under restrictions. Perusing Imagine’s art, you’ll find bizarre creatures, chaotic lettering arrangements and plenty of skulls—a freewheeling, outsider aesthetic befitting the bands (such as Melvins, Diseptikons and Secretions, also featured in this issue) Imagine chooses to work with. 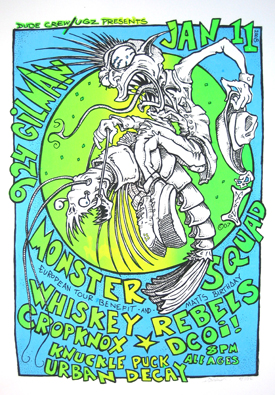 “I don’t like the bigger shows where you get art directed,” Imagine says. “I can’t handle being art directed.”
Imagine got involved with American Artifact at the behest of The Art of Modern Rock co-author Dennis King, who suggested the artist to Becker. Imagine says he was surprised to be contacted.

“I’m always surprised when this stuff happens,” Imagine says. “Any of the books I’m in, I’m like, ‘Woah, I’m in!’ To get into this, with so many incredible poster artists out there, is pretty amazing—especially since my style is not quite mainstream. All the posters I do are for small label, no-label, touring punk rock bands, so I don’t have the whole, ‘Well, I did posters for Van Halen!’ thing going on.

“When I get asked to do these things, I just go along with it, and figure somebody made a mistake along the line,” he adds with a laugh. “I don’t want to alert them to their mistake.”

Mainstream or not, Imagine certainly holds an important place among the canon of rock poster artists. And while the genre has been labeled “lowbrow,” rock poster art, as Becker asserts during our interview and in the course of her film, should be “preserved”¦and celebrated,” she says. According to Becker, the work is important because it is an “artifact of the time period that it came from.”

“A hundred years from now, when you look back at the art that was coming out from the period, you’ll be able to look at the rock posters and see a little bit about what was going on in the underground and the political views of the artists at the time,” Becker says. 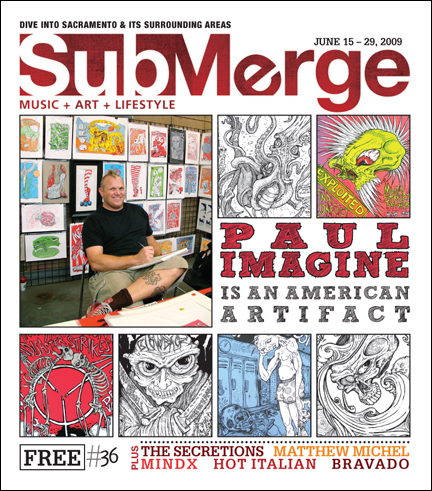