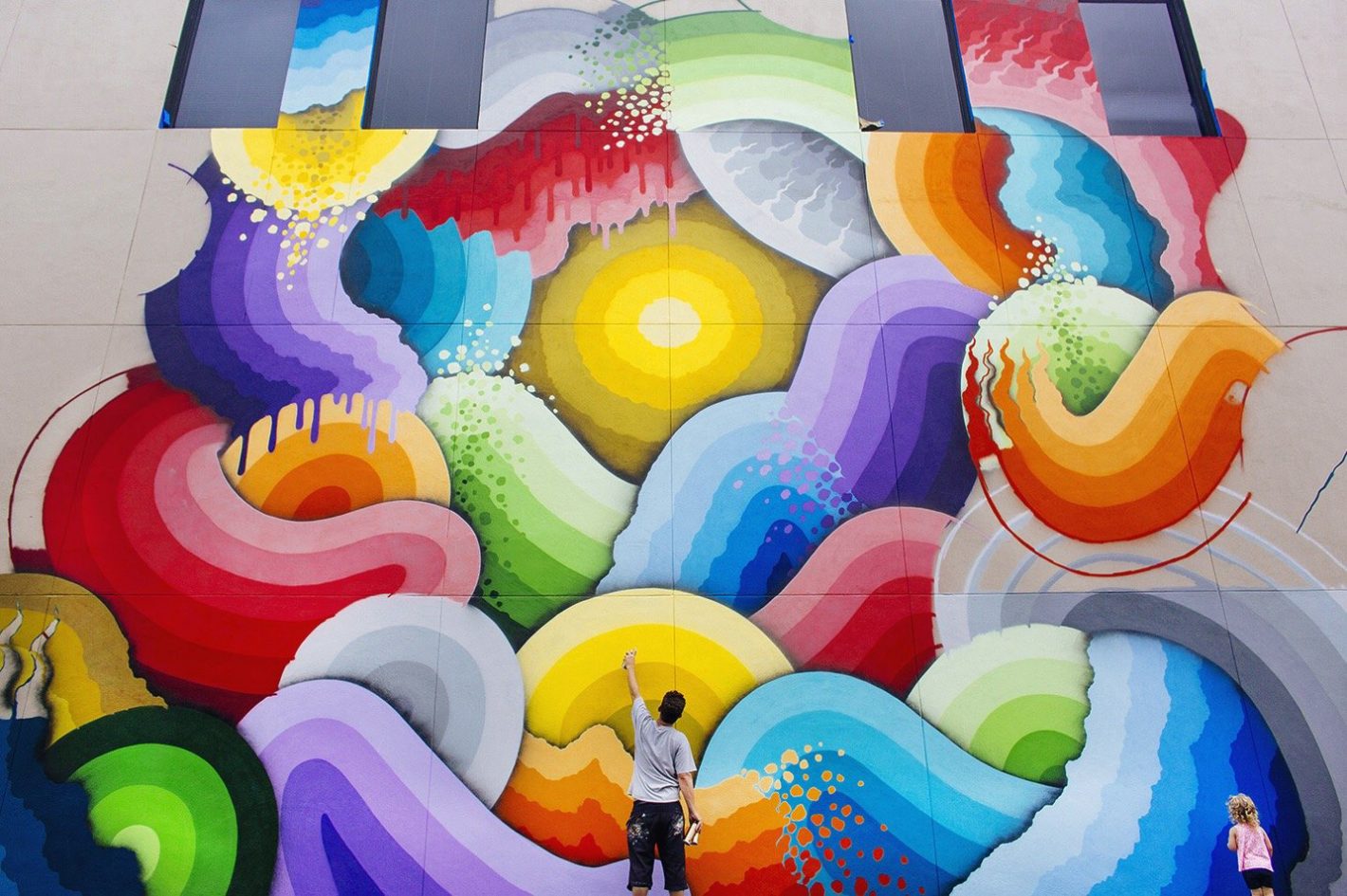 Ricky Watts’ relationship with art can most accurately be described as a lifelong, full-fledged obsession. Watts’ mom claims that he was drawing before he was even able to walk, and by the time he was a teen, he was funding his weekly lunches by selling doodles to classmates.

Fast-forward to the present: Watts has shown his pieces at a laundry list of galleries all over the country, and has expanded his clientele to include Google and Mercedes-Benz, among others. While he has gained prominence with his accomplishments in the graffiti world, Watts has a unique diversity in his body of work. He is an illustrator, a realist and a graffiti artist all in one. 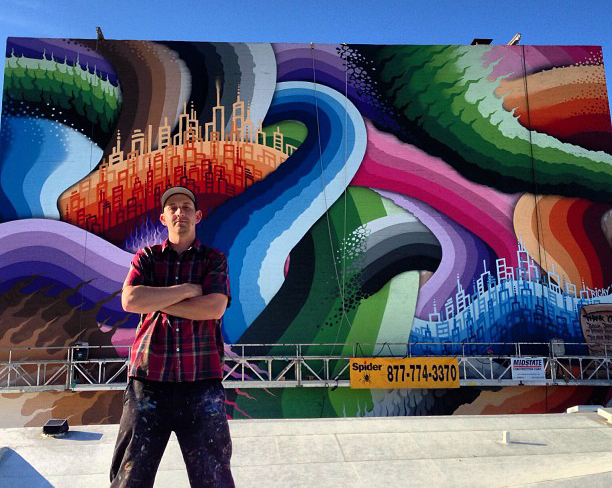 His spray painted pieces are bright with loud loops and textures that gracefully intertwine into a labyrinth and capture the forever-rebellious spirit of the graffiti artist, while other pieces include meticulous illustrations of Victorian architecture and landmarks that only the most disciplined penman could accomplish. Sometimes he combines these two styles and adds strong elements of fantasy, inspired by the world around him. His past series, Levitation, explored these two concepts by intertwining architecture with floating objects invented by Watts; it is an amazing culmination that exhibits his 20-plus years of experience as an artist.

During the month of January, Watts will be exhibiting his work at graffiti/art/clothing mecca, Leave Your Mark Sacramento. All pieces will be in aerosol spray paint and will be up for display for the entirety of the month. 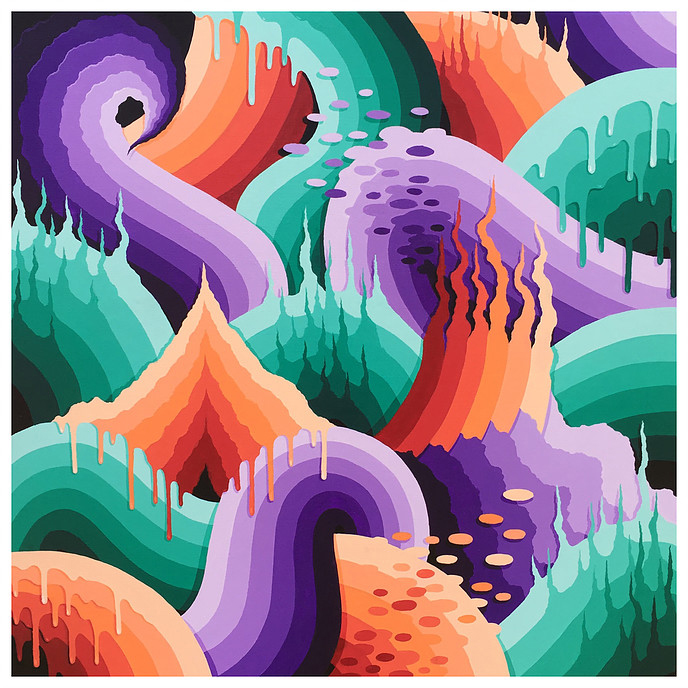 Tell me about your exhibition at Leave Your Mark Sacramento.
I’ll be showing some of my studio work in January at Leave Your Mark in Midtown Sacramento. The exhibit will be paintings in aerosol spray paint, a favorite medium of mine. I’m a big supporter of Leave Your Mark so this is really exciting for me. This will be my first solo exhibit in Sacramento, although I’ve shown in group shows here a handful of times.

I’ve never physically lived in Sacramento, but I have spent a lot of time here and shown work here in six exhibitions. My very first showing in Sacramento was with Cool Cat Gallery back in 2007. I’ve also had recent exhibits at Sacramento State University and Lux Quaubas Gallery. 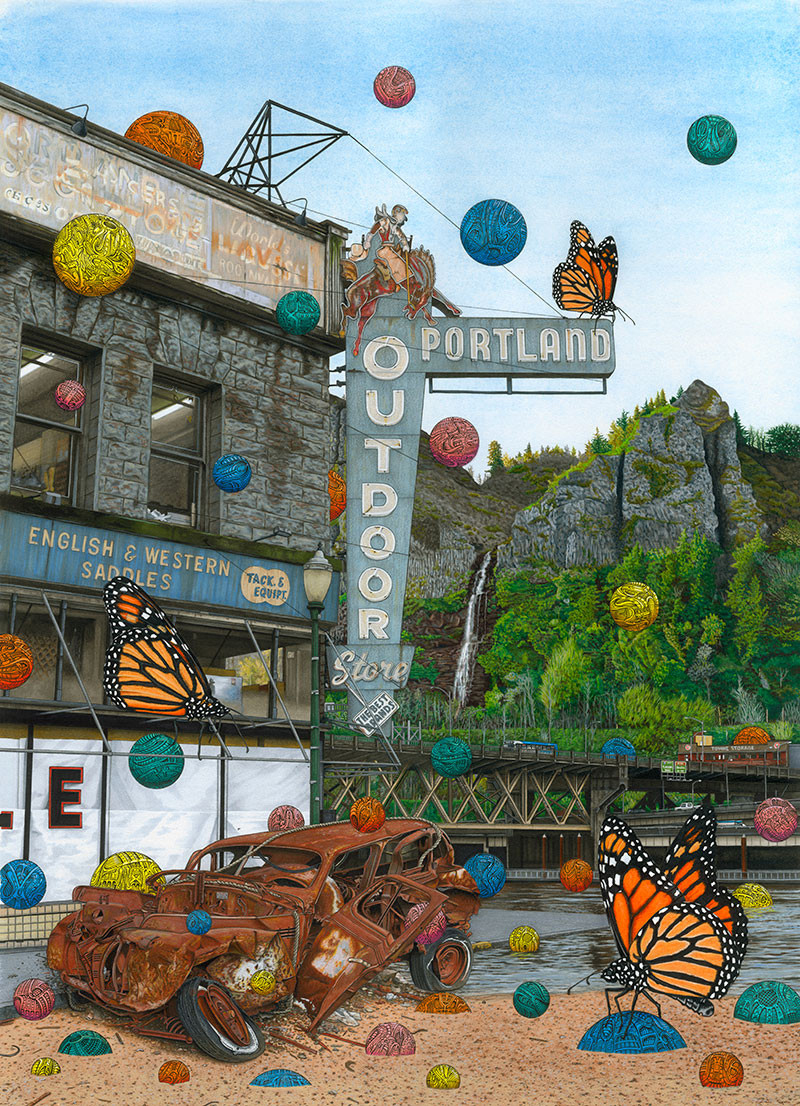 I am so intrigued by the way you go from painting brain-meltingly colorful pieces to detailed illustrations and transporting images like those in Levitation; It’s crazy how diverse your art is. Are you self-taught for the most part? How did you become someone who can create with such variety?
My fine art is all self-taught. I did go to art school, but I focused on graphic design. Drawing is something I’ve always done. For as long as I can remember, I’ve always been drawing something. I draw things that interest me and that’s how it’s always been. As a kid I drew army men and nuclear dinosaurs. As a teenager, I was drawing biotechnical, H.R. Giger-looking art. As an adult, I’m intrigued by architecture and urban decay. The illustration work that I produce today is very challenging and rewarding for me. Every piece is like a marathon: physically taxing on my back and mentally exhausting. When I finish a drawing, though, it’s a very special moment. Spray painting is something that I love to do, and I have fun doing it, but it’s a different feeling I get when finished than I do completing an illustration. 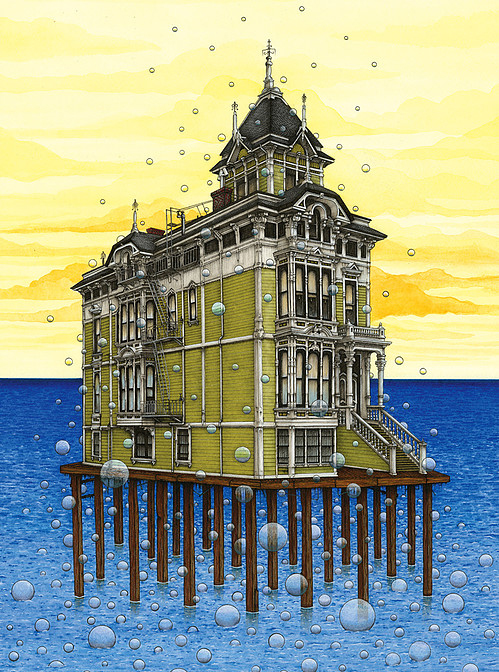 What have some of your milestones as an artist been so far?
That’s hard to answer as a working artist. I think it’s easier for people on the outside to say “He’s accomplished this,” or “She’s accomplished that.” It’s challenging for an artist to really value and appreciate their achievements while in the trenches. I’ve done a lot of projects and it’s gotten me to where I am today, but I feel like it’s still just the beginning and there’s so much more I want to do in my career. I see accomplishments more as stepping stones. For me, it’s always been, “OK, that’s done, on to the next.” If I had to go back and think about what’s really stood out, there are three moments that have been instrumental to my path. The first was my very first art show in 2004 because it was such an adrenaline rush of emotion. It was terrifying and exciting all at the same time. All I wanted to do was get back in the studio so I could make more work to show in galleries and get back to that adrenaline rush of an opening reception. The second was my first “really big” mural that required a swing-stage to reach the top (what window washers use on skyscrapers). It was approximately 3000 square feet about 5 five stories tall. It’s special for me because I raised most of the funding through Kickstarter and it was the first time I really felt the community embrace what I was doing. There’s such a high from that feeling. I never wanted the project to end. The third would have to be the stage banner designs I did for the Outside Lands Music Festival in San Francisco. That exposure opened doors to commissions for Google, Mercedes-Benz and Anchor Brewing Company, among others.

What is your state of mind when you are making these massive and colorful murals or creating in general? Do you have any artist rituals?
I’m pretty clear headed when I’m working. I have a painting process and a bag of tricks, but there’s very little sketching that goes into it. My wife calls me a human typewriter because I’m very methodical while I work; left to right, back and forth like a typewriter. I like to listen to music, audiobooks or podcasts while I’m working; only when alone though. If I’m painting with friends or a group, I’ll never wear headphones. I enjoy interacting with other artists while painting. Artists have great stories. I’m not a very superstitious person, so there aren’t many rituals, although I do find myself stretching more before and after painting the older I get. 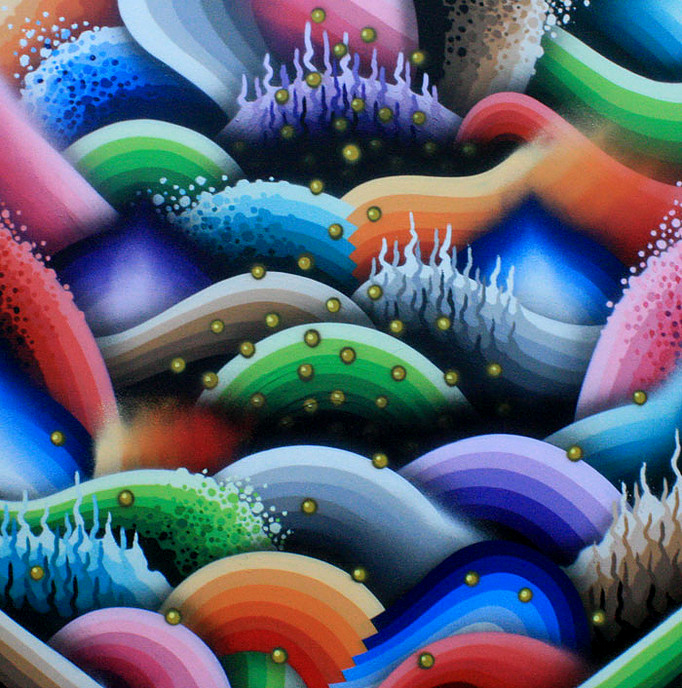 Tell me a little about artists who paint with spray. What sets them apart? Why is it a medium that you are drawn to?
I started using spray paint as a medium in my early teenage years. Back then it was exciting and rebellious. It was something I did with my friends. Almost like a secret language that we spoke. But I really fell in love with the process of spray painting. The techniques to get certain effects, the challenge to paint straight lines with no drips and the ability to work really big in a short amount of time. When I started to focus more on gallery work, I wanted to incorporate spray paint into my work. For a long time it was painting on canvas what I would typically paint on a wall, but I wasn’t getting the response I was looking for. So in 2010, I started to transition away from letter shapes and break it down to simple forms and movements using a wide assortment of colors. Eventually this style of work that I paint today developed. It’s spontaneous and free flowing. Very little planning ever goes into these paintings. I have my color palette and a painting process. I start at one location of the surface and it builds as I go. While I’m working, I’m thinking a step or two ahead but there’s rarely a sketch of the final outcome that I’m following.

What’s next for 2017?
You know, there’s not a lot in the pipe for 2017 yet. I’ll have work in a couple of shows around the country but that’s about it. Subconsciously, I think this is intentional. The past few years have been filled with traveling but I’ve started to feel artistically stagnant and I’ve craved that quiet studio time to push the boundaries of new work. 2017 will be time to realign the ideas in my head with the work being produced. 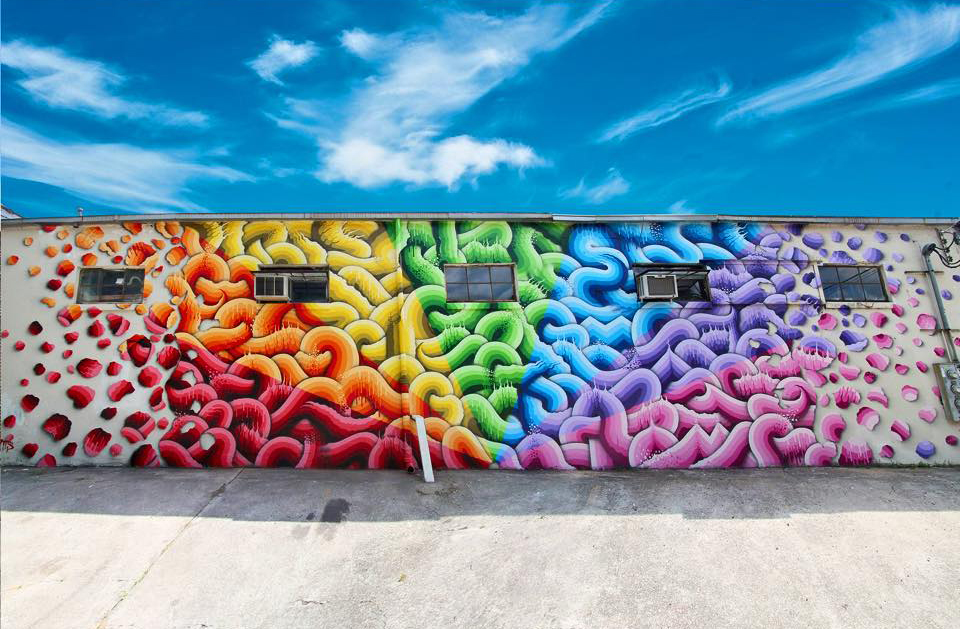 Ricky Watts’ art will be on display throughout the month of January at Leave Your Mark Sacramento, located at 2627 J St. in Sacramento. The opening reception for the show goes down Friday, Jan. 6, 2017 from 6–9 p.m. Find out more about Ricky Watts at his website, Rickywatts.com.