A Few Conquering Many 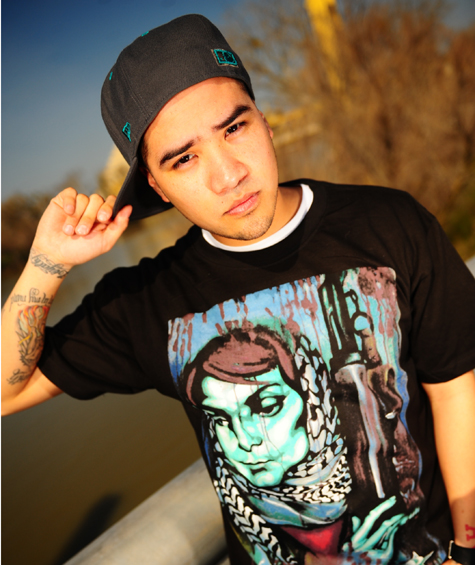 Talk with any rapper or MC who’s been hustling in the music business for five or more years and they won’t hesitate to speak on the “salt in the game”—shifty promoters and snake managers trying to swindle for petty pocket money. Sacramento MC A.R.A.B. weathered his fair share of rats, which is why he could not have picked a better acronym (Always Rise Above Bullshit) to summarize the path leading to his new record, The Trojan Horse—even the album title is a proper foreshadowing of things to come.

Along with his crew/company First Dirt Republic, A.R.A.B. is approaching the business with a perspective not often exercised in hip-hop. The sub-genres of hip-hop (backpacker, club, street) rarely mix company, but A.R.A.B. aims to walk among the culture’s various factions, whether it’s the most underground coffee shop show, a neon lit dance floor with caged girls dancing or a high school auditorium—no frills.

He’s seen plenty of the ugly side of the business, and through that gauntlet he’s emerged with a trustworthy manager and publicist, as well as a crew of producers, MCs and various arts performers that he’s able to call family. “We try to keep it close-knit so everybody benefits,” he said. “If you see us together, we’re tight. There’s a core 12 of us that’s only been together officially for three months, but we call each other family.”

Prior to this record, you released several mixtapes; is The Trojan Horse your first official album?
I had one solo project that I put out, then I had two mixtapes following that. I try to stay away from the whole mixtape thing now. I’m just not a big fan of them. I’d rather put my time and energy into something I can put a barcode on. Mixtapes are sloppy and thrown together. I want to spit on my own beats.

Going into The Trojan Horse project, what were some of your goals?
I think every album I’ve done is a reflection of what I’m going through at the time. When I put out For My Culture I had just beat a case, so I had a lot of negativity on my chest. With The Trojan Horse, this is our push as a group. It’s still my music, but it’s [First Dirt Republic‘s] push to get our foot in the door. The idea of a few conquering many is the idea behind it.

With the Greek legend in mind, should Sacramentans fear the idea of a Trojan horse invading their city?
No, our whole purpose is to get out of Sac through the Trojan horse. In promoting this record we’ve gotten shows in Los Angeles, the Bay Area, I’m working on a show in New York. My producer just got back from India and he wants us to do a show out there. My two goals before this project happened were to do a show in New York and overseas. I wrote it down and it’s on my fridge. It just started happening, man. So, I’m a firm believer in writing my goals down and keeping them in mind.

The funny thing is whenever we promote The Trojan Horse it’s either taken as condoms or viruses.

People aren’t privy to the Greek legend behind it?
Not at all, man. We’ll hand out flyers at events and kids will ask where the condoms are at. This has happened several times. It’s kind of sad. I’d much rather have a young kid assume I’m talking about a virus than naturally equate it to sex and condoms. I guess I over-thought the concept.

Your record is club ready, but injects brief nods to your underground hip-hop beginnings. How important was it for you to maintain that balance?
To me, it’s always going to be there. It’s important that regardless how catchy my beats or my hooks are, that I never sacrifice any of my content. Even if I do talk about more catchy, mainstream stuff, I try to implement my wordplay to a point that if a real MC was listening, they’d appreciate that aspect.

That’s where I come from. I’m an underground MC still. The project after this called Vintage is bananas. It’s all stuff like “I’m a Monster.” It will be nothing but sampled stuff—Raekwon type beats. I understand having dealt with certain people in the business; I have different alleys now that if I make certain songs, I can do more than just stay in one market.

So is the goal to ensure there are no limitations on the venue play, be it a club or a dive, you’ve got the material to fit that market?
With The Trojan Horse alone, I can play a show at a club, I can do a show at an underground venue or I could do a show at a high school. It will be friendly to everybody at those three venues. My goal is to reach a larger demographic. For My Culture was just for underground street cats. In my mind at the time it was a big demographic, but now I see it as a pebble in a pond.

You mention your crew speaks and performs at high schools. What messages are you sending to the youth when you visit?
It started off being more of a personal thing. I come from a troubled background and I worked at a nonprofit organization that dealt with at-risk youth for four years of my life. I’ve always been around troubled kids. I always wanted to talk to young people to try to improve their situation.

It turned into something that’s more musically based. I go talk to performing arts kids or marketing kids or somebody who wants a career in the entertainment business, and we burst their bubbles. We let them know it’s not easy. These kids think if they put out a video on YouTube or one song, they’re golden. I don’t try to tell them they can’t make it like that. I share my experiences. You have to deal with a lot of B.S.

What was your first eye-opening experience that introduced you to the ugly side of the music business?
I’ve been approached by three or four different people that wanted to be my manager. Having dealt with those people really exposed me to a different side of the business. I like the music. I like working with other artists, shopping around for beats and creating songs. That’s one side. When you start looking at the side of being managed and getting promotions, more and more it became less of what I thought it was.

I thought going into hip-hop I could leave all the stuff I’ve been through alone. I didn’t think I’d have to be a jerk, be an asshole. I don’t have to show my fangs and be like that. I thought I could just do music. Come to realize more I got into the business, the more I had to do that to avoid getting eaten alive.

So I saw that you’ve got a clothing sponsor that keeps you in fresh clothes. Who’s keeping you stocked with gear?
Revolutionary Me is hooking us up with gear right now. The head guy there likes what we’re doing and keeps inviting us to events. He’s trying to get his line off the ground, we’re trying to elevate our sales, so it works out.

The people we’ve been meeting keep putting us on big shows with big names, names the sponsor wants to be affiliated with, so it works out. The sponsor gets the exposure, we get on the bill.

Ever get sent anything that you refused to wear?
When Tank Theory was still in Sacramento, they hooked us up with a bunch of stuff. I wasn’t rocking too much purple at the time, but I’ve accepted it now. [Tank Theory] gave me a purple hat and this other dude I was working with gave me some purple shoes. At first, I was like I’m not wearing that. I’m not wearing the hat. The longer it was in my closet, I started looking at it like it’s kinda tight. I rock it now.

Now, I got these Los Angeles Dodger blue shoes with white laces. I look at them, and I can’t do it. Eventually I probably will, but for now”¦ 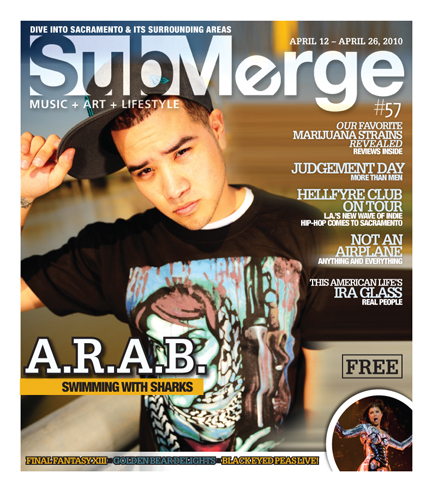