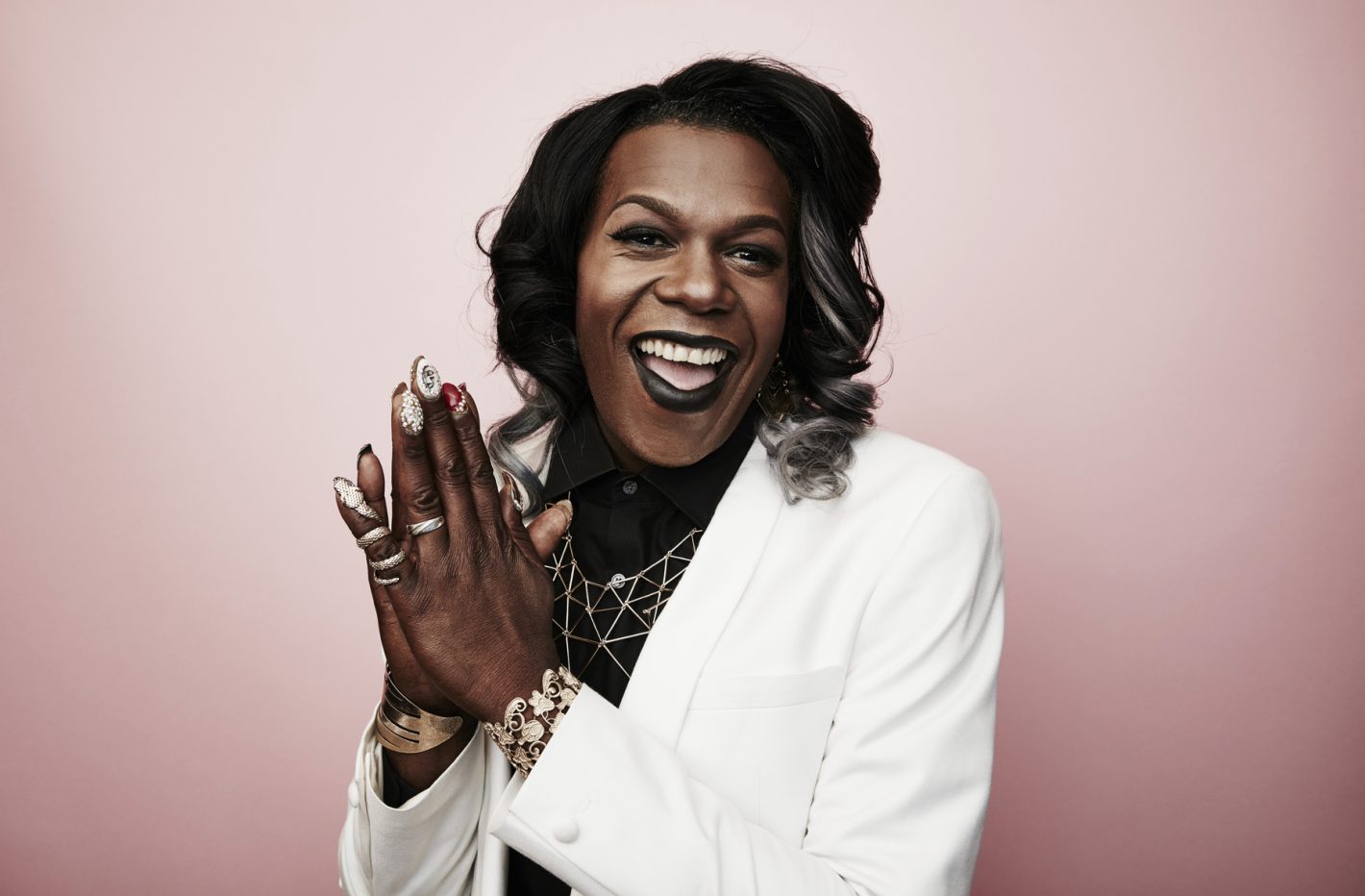 Yas gawd, from St. Claude to the Third Ward. The purveyor of pussy-pop, booty-whop and twerking so dangerous, they’ve been known to call the cops (more on this later). A multifaceted performer imbued with the indomitable spirit of her birthplace and artistic stomping grounds in New Orleans, the artist born Freddie Ross has also shared with that city her fair share of tragedy and setbacks, only to re-emerge from the waters of despair once again as undisputed queen of her domain (and in this case the preferred pronoun is “she,” but she doesn’t put too fine a point on it. She lets people please themselves).

An in-depth chronicle of Freedia (pronounced “Free-duh” like Frida Kahlo) and her rise to international stardom can be found in the pages of her 2015 autobiography, God Save the Queen Diva!, which charts her beginnings navigating the bounce music scene (the dance oriented hip-hop offshoot sprung out of the NOLA region that gave birth to twerk as we know it). She started out in the late ‘90s under the tutelage of luminaries like Katey Red, the first trans performer in the genre, and by 2010 was becoming a word-of-mouth icon of ass-shaking empowerment across the country from appearances at major music festivals and videos like “Y’all Get Back Now,” which shows her in true form—larger than life, stomping through the city skyline with her twerk team, enthralling people of all backgrounds and granting them the power to let it all go.

The next four years saw Freedia’s full-scale invasion of the media, with an appearance on HBO’s post-Katrina drama Treme, several short-form documentaries on Pitchfork.tv and the debut of her acclaimed FUSE TV show, Big Freedia: Queen of Bounce, which introduced the world to both her onstage and off-stage families, including her radiant mother, Vera Ross, who sadly passed away from cancer in 2014. Meanwhile, Freedia’s star continued to rise, bringing tribulation as well as triumph.

Early last year, one of her shows in Mississippi was preemptively shut down by a Taliban-esque state organization known as Mississippi Alcohol Beverage Control, which rolls in to bust heads whenever the dangerous convergence of liquor and nasty dancing appears. Still, the Freedia machine took the publicity in stride (there’s still some T-shirts for sale referencing the event as “Twerkloose”). Another roadblock shot up a few months later, when she was brought into court for accepting federal housing vouchers for some time after leaving the required income bracket behind. Narrowly avoiding jail time, she had no time to slow down, and by the end of the year had done a bounced-out commercial for a local law office, and dropped a present on the world in the form of her Christmas album, on which you can learn from Rudy the big-booty-reindeer how to “make it jingle.”

Always up-to-the-minute, Freedia’s  biggest moment is always the next one. Now, her profile has exploded with a guest spot on Beyonce’s biggest release to date, Lemonade. There’s also a cookbook in the works—sure to be stuffed with down-home Louisiana favorites. She acknowledges some of the turbulence in her rise to fame in the new title of her TV show for it’s sixth season, Big Freedia Bounces Back, and the title of her forthcoming album, Pressing Onward, but despite the dips and turns in the journey, the queen diva shows no signs of slowing down. On April 26, she’ll appear at Harlow’s, giving Sactown the chance to experience the force of nature that is her live show. During a recent interview, we talked to Freedia about her positive philosophy, her various passions and the power of bounce. 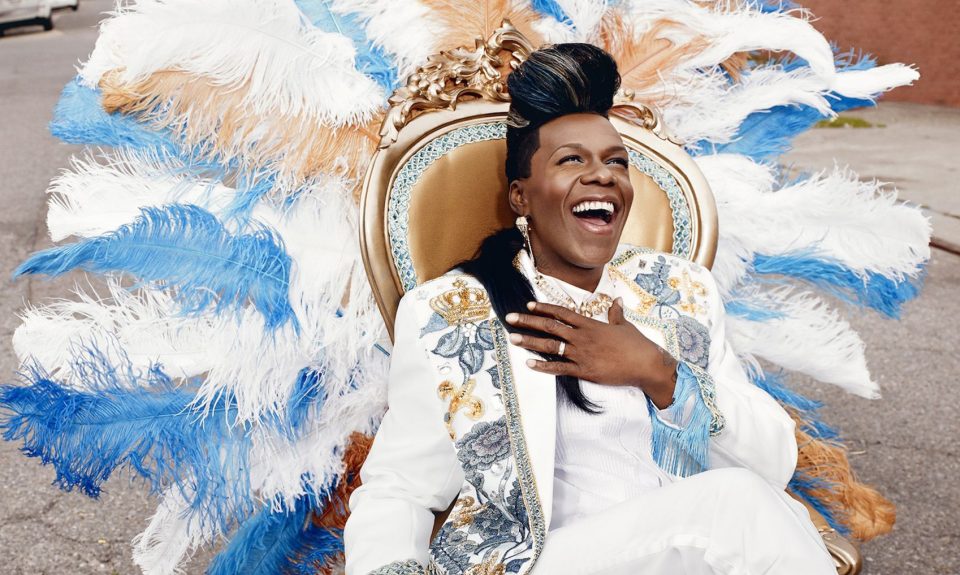 How would you describe the new titles of your work, Pressing Onward and Bouncing Back?
Well, you know there was some things that I went through last year, or whatever … But I’m not letting anything stop me. Through adversity is the light that come … and I’ll never fall off with anything—I’ll bounce back even harder and stronger from all those things that I went through, and just continue to move forward, stay in a positive mind-frame, keep positive energy all around me. When you have all the positive things around you, all the negative things can’t help but fall off. What I want people to take away from my show is to be able to go through their everyday lives and know that, whoever we may be, we’ll all go through things in our lives that we can get through. My strength helps people get through some of their everyday life situations, you know, being out and being gay, losing my mom, dealing with family issues, career issues, taking on things that some people feel are impossible; the strength I show being on TV can help the people to see these things. It encourages them to know that anything is possible, especially where I come from.

Is it hard to keep your circle tight at this level of fame?
Sometimes it gets a little wild, because some people have a wild mind-frame, or they’re not seeing the vision of where you’re trying to go. But it’s important to have your family support, which is my biggest support, and that’s the main goal for me, making sure that my circle stays kinda small, and keeping the people that’ve been around me for awhile. Even though I’ve been through some changes within myself, I still keep things very positive and very professional.

What can you tell us about your new cookbook?
Well, you know, all things that will cater to the flavor of Louisiana, all things that I was taught, things that I came up with on my own. It will be a taste of New Orleans, and it will be something everybody can share in their homes around the world. And I’m very excited about it because I have a passion for cooking, and it takes time to do it, but it comes so effortless, so I’m just excited about the whole journey of the cookbook, so people can see how I like to get down in the kitchen.

What can people learn from Big Freedia and from New Orleans itself about bouncing back?
They can learn from the culture out here. You know, we all bounced back from Katrina, which was something very hard. We’re a family-oriented city, and we love to help each other out, and we know how to get through change and rough times, the adversities of life. People can learn from where we’ve been in general because we’ve all gone through something that can allow us to help someone else in their journey, to help them bounce back.

If you had to quit twerking today, which of your side passions would you concentrate on?
Probably my interior design, because that’s my other passion. But between that and my restaurant that I’m working on, something along that line. But most likely it would be the interior design, because I get to bring so much joy to people. That and cooking both bring people joy. Bringing people food full of soul—anything that still helps people to get through their everyday lives and give them some type of happiness

What is next for Big Freedia: Queen of Bounce? Any big changes in the next season?
Well, you’re gonna have to watch the show, see what’s happening this year. You know I can’t give out too much but this new season is going to be juicy and hotter than ever. We are exploring new things, I’m in a different mind-frame and a different income bracket in my career, I’m elevating to the next level, and I’m steady working super hard, so it’ll be juicy and hot, and everybody’s gonna be glued to the TV. Trust me.

How should first-timers prepare for your performance out here?
Just be ready to experience something really awesome, and wear something loose for y’all to come dance in. Just come down, and we will bring everybody together through the power of ass.

Experience Big Freedia for yourself on Wednesday, April 26, 2017, at Harlow’s, located at 2708 J St. in Sacramento. Doors for this 21-and-up show open at 8 p.m, with tickets $20 in advance or $25 the day of the show. Find tickets and more info online at Harlows.com