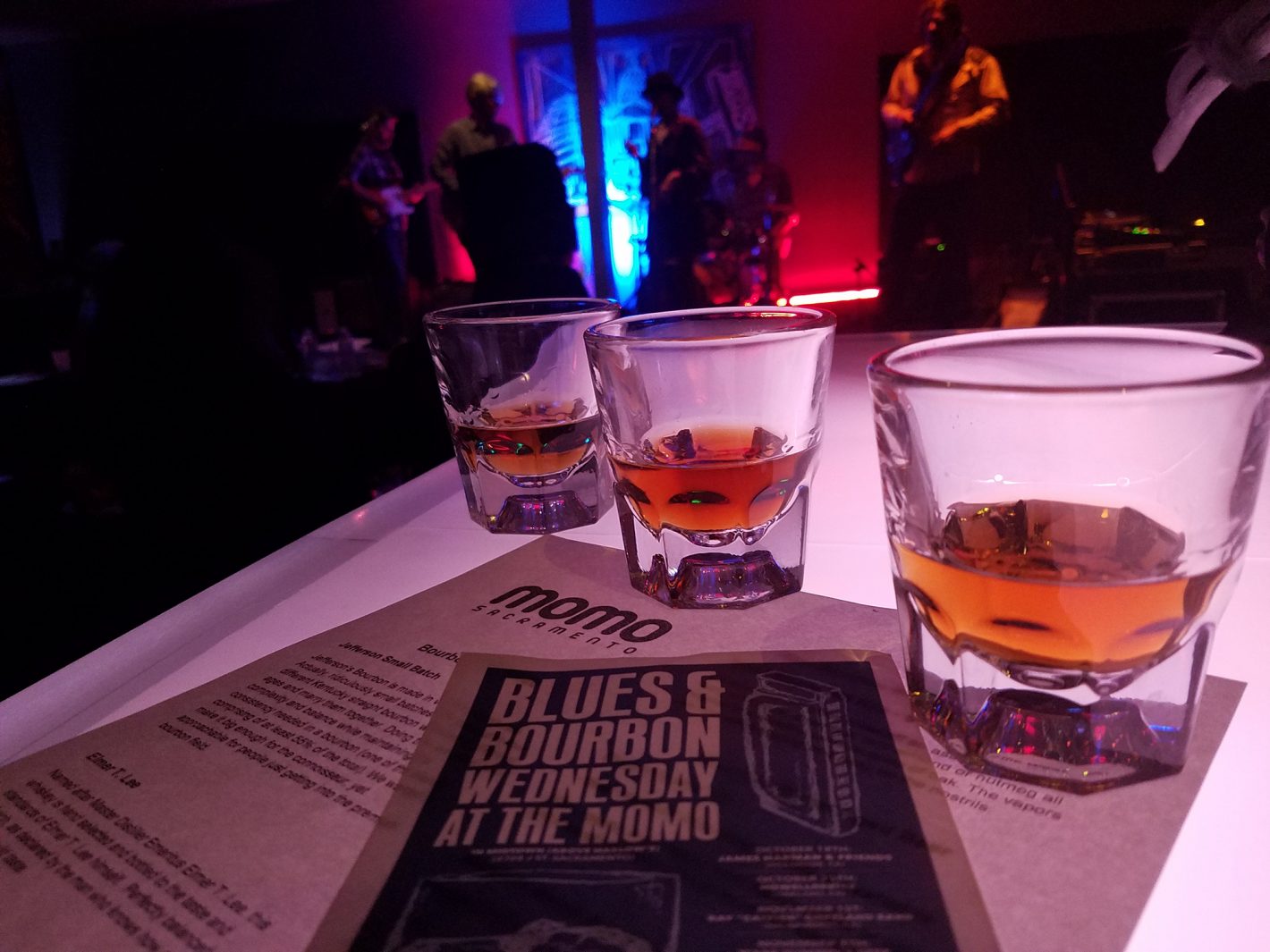 MOMO Sacramento, an event space and bar located directly above Harlow’s, has teamed up with local concert promoters Swell Productions on a new temporary Wednesday night concert series called Bourbon and Blues. The six-week run of shows kicked off Oct. 18 and continues every Wednesday through Nov. 22, giving you three more chances to check it out.

“Both blues and bourbon originate from the American South—they are a perfect match,” Swell’s Mindy Giles told Submerge. “Robert Alvis at Harlow’s/MOMO asked me to create the series. I decided on a midweek day, a low ticket price and an early time frame, 6:30 to 9 p.m. Robert came up with an unbeatable price on flights of small batch bourbon whiskeys. This way we can let blues fans and bourbon fans and people that may not be so familiar with all the shades and nuances of our great Americana genre and great American beverage a very easy way to get a swell uptown and lowdown vibe and experience both!” Admission to each show is just $5. For $25, you get entrance and a flight of three small batch bourbons.

Scheduled for Nov. 8, 2017, is Mark Hummel’s Deep Basement Shakers, from the Bay Area. On Nov. 15, Sacramento’s own The Switchblade Trio will play, and the last Bourbon and Blues show scheduled on Nov. 22 will feature local act Red’s Blues with special guest Rockin’ Johnny Burgin from Chicago on guitar. Learn more at Swell-productions.com or Momosacramento.com.