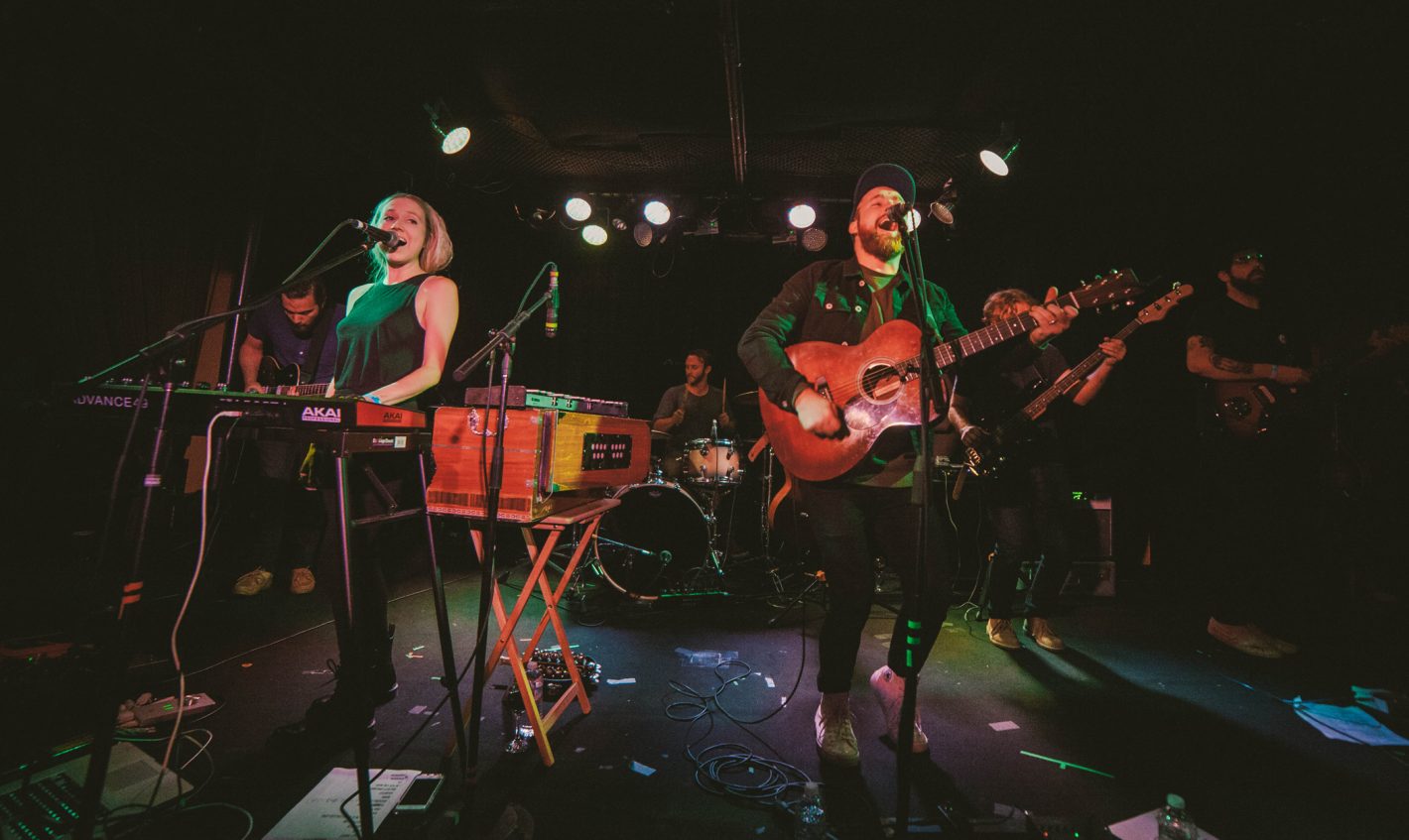 Sacramento on a Monday night. We had just had our first rain of the season, and it was starting to feel like fall. The streets were wet and the air was getting colder by the minute. Inside the warm and dimly lit nightclub at Harlow’s, 80-plus people were crowded together, celebrating the changing of the seasons with singing, dancing and clapping along to soulful alternative folk and indie rock played by out-of-town bands Branches and Before the Brave.

Harlow’s is a not a small venue, but the crowd filled up the space, making it a cozy escape from the cool weather outside. 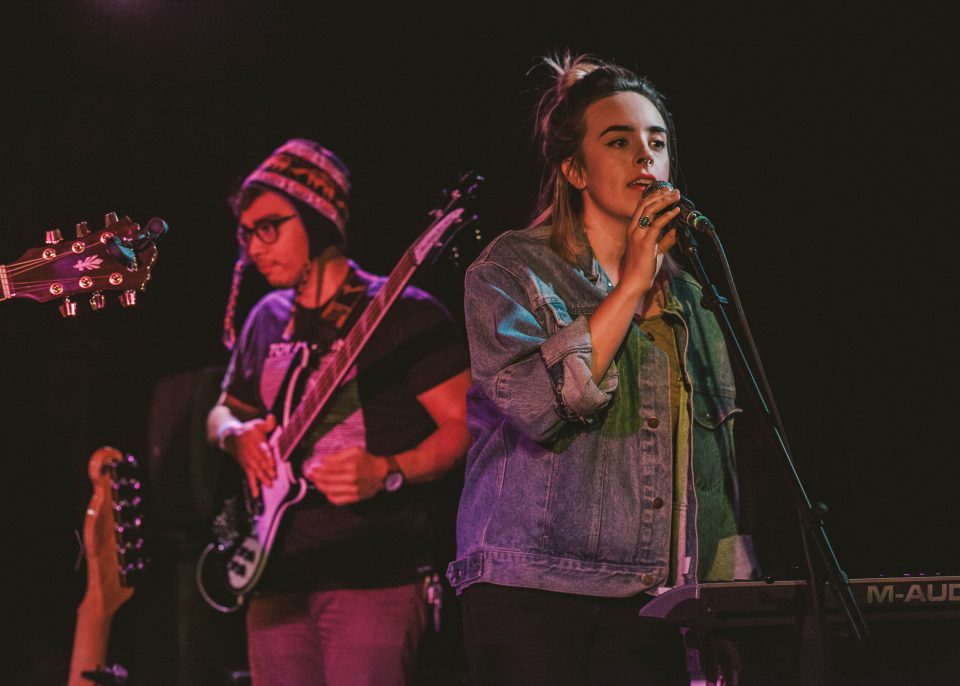 Before the Brave, from San Francisco, started off the show with a set full of powerfully dynamic songs, driving drum beats and eerie vocal harmonies. Guitarist Jason Stevens sang lead vocals, which were enriched by strong supporting harmonies provided by guitarist Ryan Devisser and keyboard player Beth Garber. The band members (particularly Devisser) were dancing and moving the entire time. It was easy to tell that the musicians were having fun and were happy to be there. People were laughing and dancing along as soon as the band hit the stage, paving the way for the headliners to follow. 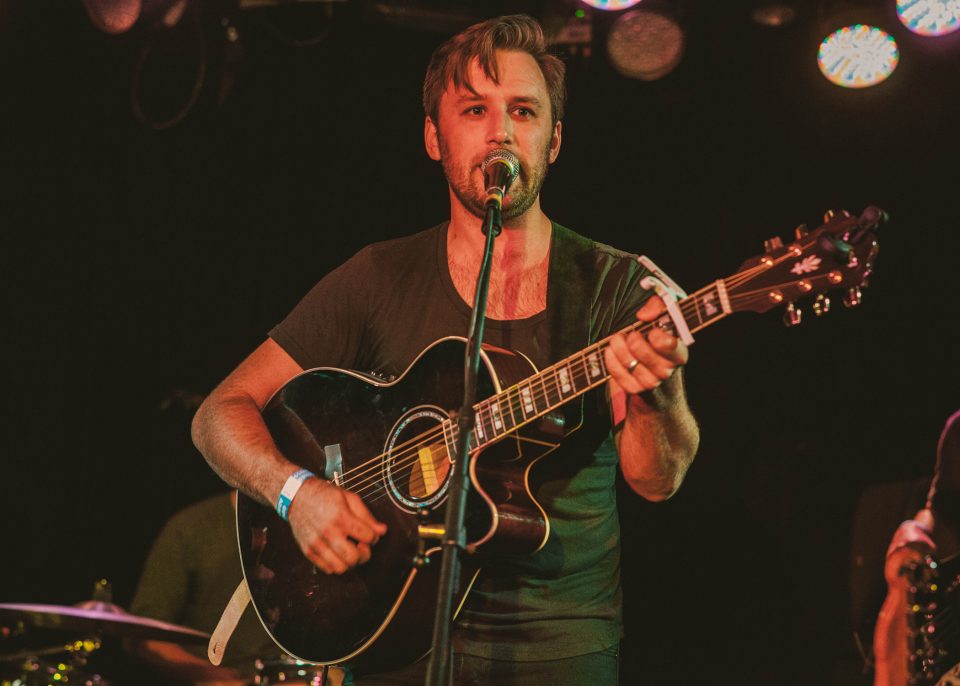 Next up was Branches, who are based out of San Francisco and Los Angeles. Branches is made up of six people, most of whom were introduced to the audience throughout the course of the evening. The frontman is singer/guitarist Tyler Madsen. He had the crowd giggling, singing and clapping all night. Multi-instrumentalist Jacob Montague proved to be a humble performer who, from song to song, effortlessly switched between guitar, banjo and mandolin. (It was his birthday, but we didn’t sing for him because he’d really rather we didn’t.) Last but not least, there was Natalie Nicoles, who captured the audience with her elegant stage presence and all-around musical talent.

“She’s our secret weapon,” Madsen told me after the show, a huge smile on his face.

Nicoles consistently blew the crowd away with her haunting voice and her grasp of the array of obscure instruments that she had surrounding her on the stage. In addition to singing beautiful duets with Madsen, she played the keyboard, the harmonium, the glockenspiel, the tambourine and jingle bells.

Branches plays a lot of love songs, but “I Believe in a Thing Called Love” (a cover of The Darkness song) was probably the most anticipated of the evening. Everyone knew the words, or if they didn’t know them, they caught on quickly. The entire room (or what felt like it, at least) sang the uplifting chorus back to the band, loudly and with conviction.

In case the feeling of love in the room wasn’t strong enough already, the evening ending with a surprise finale that only Branches and a few members of the audience were in on. There was a young couple in the crowd, two die-hard Branches fans who had been introduced to the audience earlier in the evening by Madsen. Before the last song of the evening, the band drew everyone’s attention to the couple once again. In the middle of the crowded dance floor, the young man got down on one knee, pulled out a ring and proposed. (She accepted!) The audience erupted with cheers, and the band topped of the evening with another soul-lifting song from their new album White Flag called “Tomorrow.” 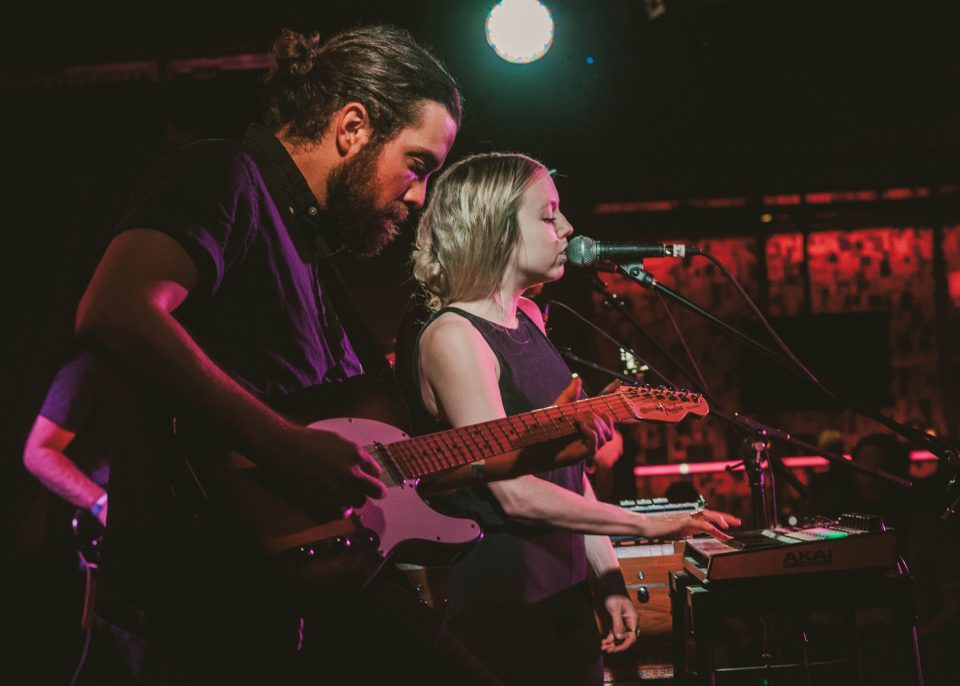 “Here’s to growing old together!” Madsen said, before Branches launched into their final song. Just about everyone in the room got caught up in the moment and were moving, dancing, singing and clapping along.

Then, the show ended (right around 9 p.m., which was perfect for a Monday night) and everyone slowly ventured back outside into the cold to find their cars and make their way home. But everyone in that room took a little bit of love and warmth from the experience with them.

“They were so good!” I heard someone say.

“They were so fun!” a friend responded.

“SO fun!” a third person chimed in.

And that seemed to be the consensus of the evening.