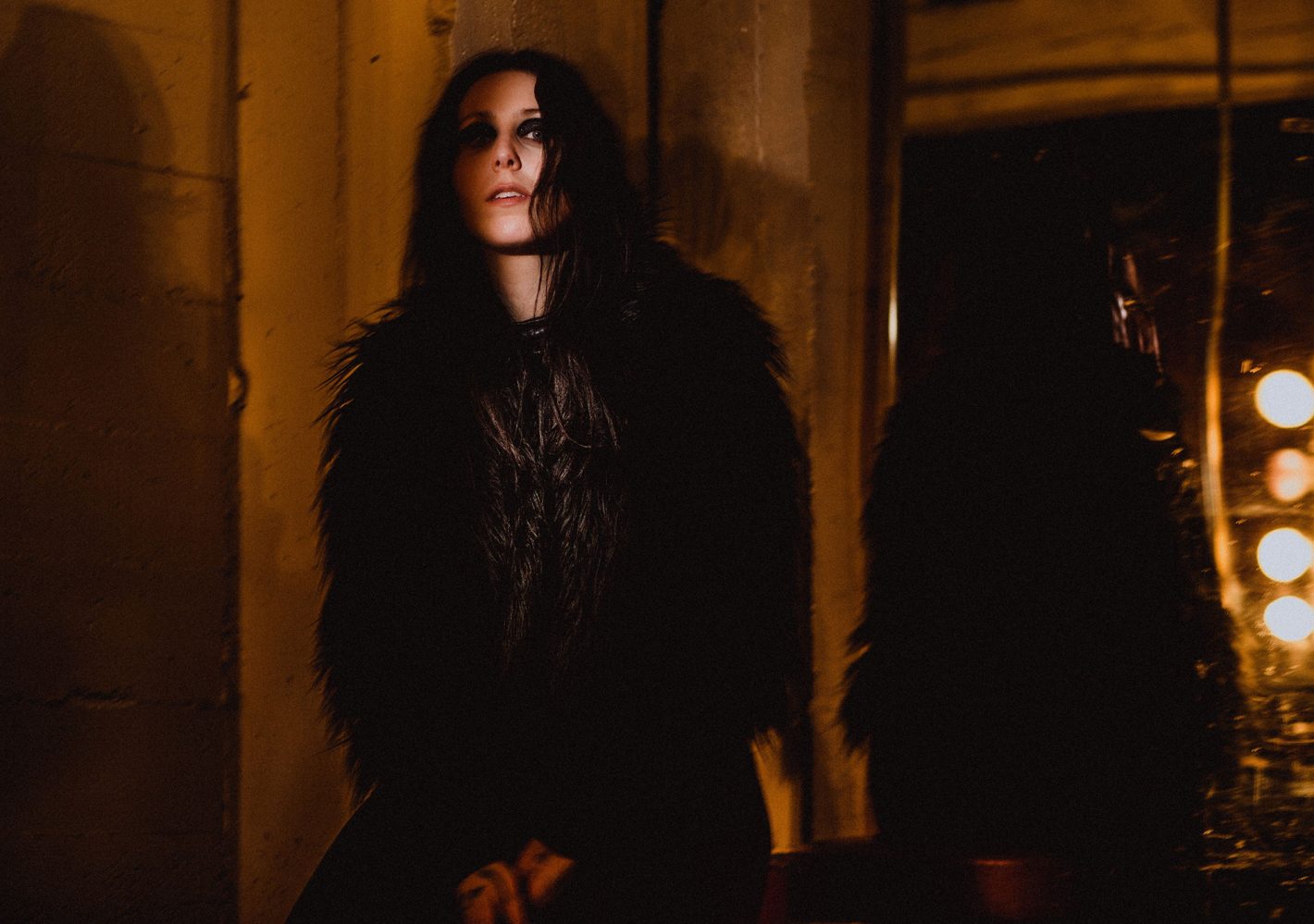 Scratch the surface of your being long enough and you’ll fall through into the abyss, a non-world without end, without up or down. Stripped of all context, it is a place where one is left prey to all the wraith-ish antagonists of the psyche; to survive here, one must not only battle them, but create the very terrain on which to wage one’s battles.

It is a space Chelsea Wolfe, raised in Roseville and Sacramento, has returned to time after time in her work, from the charred sparseness of Apokalypsis (2011) to the poisoned synth melodies of Pain is Beauty (2013) and the stormy, distorted depths of Abyss (2015). Taken as a whole, her stylistic arc is a gradually seething sojourn beyond the veil, gathering momentum and intensity, leading to the elemental fury and charged intimacy of her latest album, Hiss Spun (released Sept. 22, 2017). Tagged over the past few years with everything from “goth” to “doom-metal,” Wolfe’s heavy aesthetic is grounded in delicate songwriting and haunting, siren vocals—half-lullaby, half-lament—which cut through the smoke and fire of her most abrasive songs. It’s no wonder she’s managed to simultaneously rivet the gaze of the criticosphere while cracking the Billboard 200 with her last two releases.

Hiss Spun, while emerging clearly from Wolfe’s previous meditations on themes dark and dreamlike, and the contrast between turmoil in the landscape and within the psyche, is the most scourgingly personal of her artistic statements thus far.

She herself has described it as having an element of exorcism, and the suggestion of traumas corporeal and noncorporeal surge furiously to the surface of the lyrics at times. Such things can be gleaned by the listener; they refuse to be borne out in commonplace description, perhaps, but it is clear enough that they are used here as raw material to be sublimated through artistic excision. Against the clinical white background of the album cover (inspired by Wolfe’s visits in her youth to sleep research facilities) she crouches, not so much against the coming purge but to the task of making pain express itself at her bidding. Song titles like “Vex,” “Strain,” “Welt” and “Scrape” underline the volatility of the subject matter, as if a reactor were needed to contain it all.

Outside of the psychological underpinnings of her work, Wolfe is an artist who rocks in the most brutal, primordial sense of the term. Further amping up her distorted grandeur by utilizing additional guitar and vocal work from Queens of the Stone Age’s Troy Van Leeuwen and Isis’ Aaron Turner on Hiss Spun, Wolfe’s succeeded in illuminating her ties to a grand tradition of soul-searing, head-banging music. If anyone can pull together the current demand for brutal emotional honesty and the newfound appreciation for the roar and hiss of black metal in 2017, it’s Chelsea Wolfe.

Fellow Sacramentans will have the chance to experience Wolfe at her latest creative height alongside pulse-shattering fright industrialists Youth Code at Ace of Spades on Nov. 3, 2017. 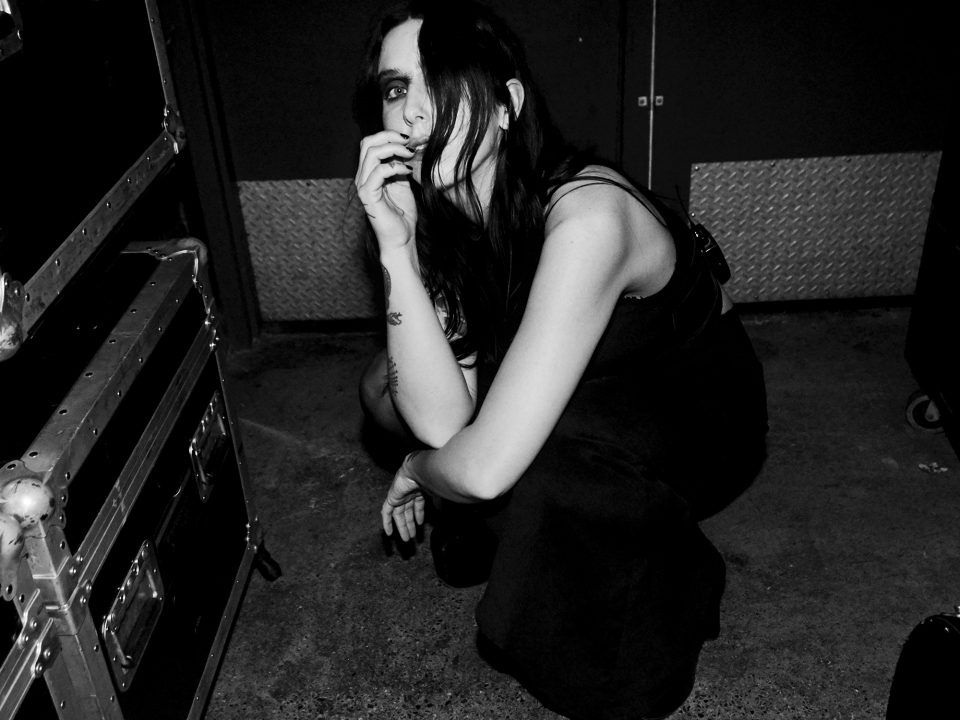 Just in the first couple listens, I get the feeling that Hiss Spun has a lot to do with destruction—not in the sense of an apocalyptic end, but a destructive creation, reordering, making and unmaking. Did this play a big part in the work?
While I was writing this album, there was a lot I needed to finally heal from: my own self-destruction and ill-health, my past and memories. There is a running theme in all my music of becoming stronger from getting through the difficult times—the forest needing the fire to regenerate—and it definitely continued on Hiss Spun.

You’ve said Hiss Spun is a host of small words and phrases with large meaning. What mindspace were you in to allow these terms to slowly gather together?
There are some keywords throughout that guide the album, and tie things together that may not otherwise seem connected. I was in a bad state while writing some of this album, but allowed myself to just be a mess and open up; allowed whatever needed to come out musically or lyrically to flow.

Listening to your discography in order, there is a clear building in anthemic intensity from one album to the next. Is this mostly the means you have at your disposal as you progress, a build in confidence, a rediscovery of influences?
A build in confidence as I get older yes, and a rediscovery of influence—especially on Hiss Spun. Each album I make has its own catalyst, and for this one it was the reunion of my friend and drummer Jess Gowrie and I. We had a band in Sacramento years ago called Red Host, and she really taught me a lot about being in a band, being a good front-person, and just turned me onto a lot of great, heavy music. After I left to pursue my own project, there was seven years of separation. We didn’t see each other all that time but were pulled back together about two-and-a-half years ago. As we became friends again it was clear that our musical chemistry wasn’t finished, so we started writing songs together. Those songs became the beginnings of Hiss Spun.

Do you have any favorite films that fuel your visual input and leak into your music? If you could re-score a favorite film of yours, what would it be?
The Seventh Seal was an early influence for me. I saw it and then read Ingmar Bergman’s autobiography The Magic Lantern and was intrigued by his use of contrast and shadow. But also just the mood and concept of that film—the character of Death followed me for many years. The album cover for my first album, The Grime and the Glow, was in tribute to that, shot by my friend Jessalyn Wakefield. As for re-scoring a favorite film, I don’t know. My favorites already have such great soundtracks—Encounters at the End of the World, Cold Mountain, Cry-Baby. I’d like to score something totally new.

Faith and spirituality seems to be on the wane, but our willingness to discuss and tackle trauma and the burdens we have as humans seems to have grown. Do we still need a connection to the supernatural in our lives? How can it help us?
Finding a connection to the self is very important these days. Sometimes the deepest spirituality can be found inward. Once you know yourself, you can be of use to others.

While making this album, I heard you got back into popular alternative artists from the ‘90s like Nine Inch Nails and Marilyn Manson. Around that time, it felt like there was a larger place for the willfully transgressive and “raw” nearer to the heart of popular music. Do you think we might be heading that way again in music as a whole?
Jess and Ben [Tulao, guitarist] and I would jam and write songs at my place, and then head to the dive bar down the street and play late ‘90s/early 2000s Nine Inch Nails, Soundgarden, Manson, Deftones and Queens of the Stone Age on the jukebox. I’d love to see that kind of music in a more present way again. Like on SNL, for example, you rarely see rock bands anymore. And there’s not a lot of room for it on the radio either.

I often find the verge between sleeping and waking, whether by day or night, is a really fertile wellspring for ideas—good and bad. Do you find this useful in your work? And is there a way to make bad dreams/bad imaginative content “work” to benefit you?
I’ve been inspired by that state of mind for almost my whole life, without even realizing it most of the time. When I was a kid I had insomnia and bad night terrors. My parents took me to a sleep research facility where I was hooked up to all sorts of monitors and meant to fall asleep in a hospital bed in a small white room, to find what was wrong with me. That actually became visual inspiration for Hiss Spun as well, in the album cover and in the video for “16 Psyche.” Anyway, as I got older, I started having sleep paralysis regularly, but my version was not to be paralyzed, just waking up and the characters/shapes from my dreams were still in the room with me, often moving toward me, so I’d lash out or scream. It takes a while to move on from that haziness, and it would follow me into my day as I wrote new music. I still deal with bouts of insomnia sometimes and sleep paralysis. I’m not sure it’s something that ever goes away.

You’ll be coming up through NorCal and specifically Sacramento toward the tail end of fall. Is this your favorite time of year? What is your ideal natural setting?
Fall and winter are definitely my favorite times of year, yes. Where I live now it snows in the winter and that quiet is unmatchable. I plan to spend this winter doing psychedelic experiments on myself and working on songs for my next album. Even though I’ve spent a lot more time in Sacramento lately since I moved back to Northern California, I haven’t played a show there since 2012 so I really look forward to coming back and seeing many friends and family!

It’s been a while, so be sure to give Chelsea Wolfe a warm welcome when she returns to melt our faces at Ace of Spades (1417 R St., Sacramento) on Nov. 3, 2017, at 7:30 p.m. with special guests Youth Code and Screature. Tickets are $22.50 and can be purchased through Aceofspadessac.com.