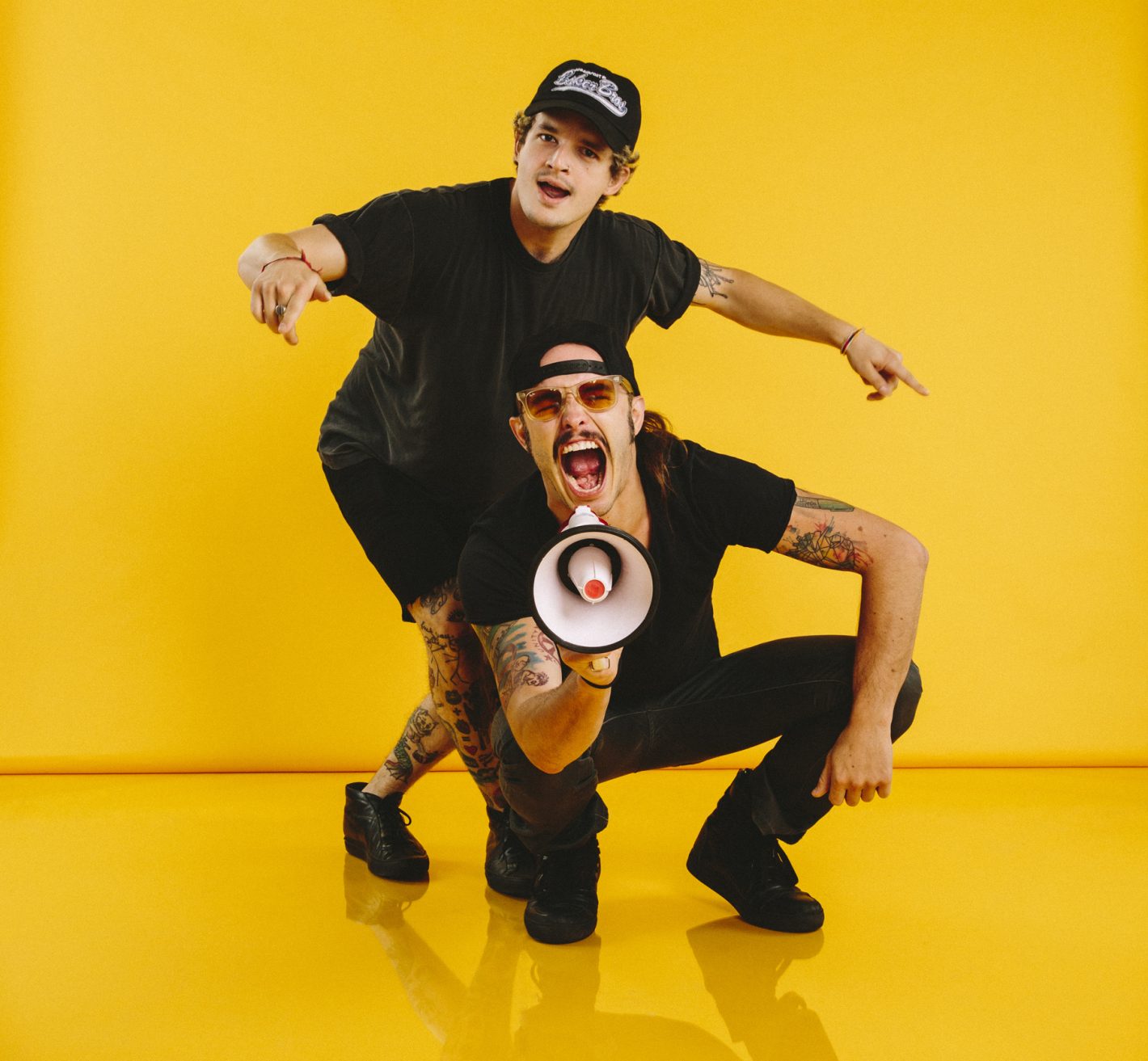 More than a decade after the completion of the Human Genome Project, the world’s best minds have only just begun to unravel the DNA of the pop hit. The combination of science, art and psychology required to craft a self-perpetuating earworm is far beyond the reach of most mortals. There is simply no telling when lightning will strike the bottle.

This is exactly what happened to Jason Huber and Jordan Kelley of Nashville duo Cherub in the summer of 2014 when their crowd-pleaser, “Doses and Mimosas,” already two years in circulation, hit the Billboard Rock Airplay and Alternative Song charts simultaneously, creeping across the country and later across the world from one house party to the next, becoming an international sleeper success. After two more summers of near-constant touring, with audiences in Paris and even the local crowds at TBD Fest singing along to their wry ode to champagne and cocaine, the duo is keen to add more substance to their multigenre cocktail of a sound.

With 11 new tracks, including one with a guest spot from rapper T.I., Cherub’s new album Bleed Gold, Piss Excellence (out Oct. 14, 2016) aims to break through to the other side of their cult success. From start to finish, it sets out to revise their hedonistic vibe with an undertow of moody grooves, and succeeds in updating their sound—a digest of throwback party vibes recalling different eras (early ‘80s electro-funk, mid-‘90s trip hop, late ‘00s indie dance and current-era millennial club jams)—this time with more tonal shifts.

Cherub will be hitting Ace of Spades on Nov. 9, 2016, in the middle of their ongoing 50-date tour, with the promise of new fall bangers alongside classic summer jams. Veterans of TBD 2014 can relive their steamy set from that sweltering fall so long ago, and find new to love in the next-level Cherub of the present day.

We were able to drop a line to the duo between gigs in Arkansas, with Kelley temporarily without a voice and Huber taking the role of spokesman, giving his take on the phenomena of hit songs, meeting T.I. and the decision to go electronic. 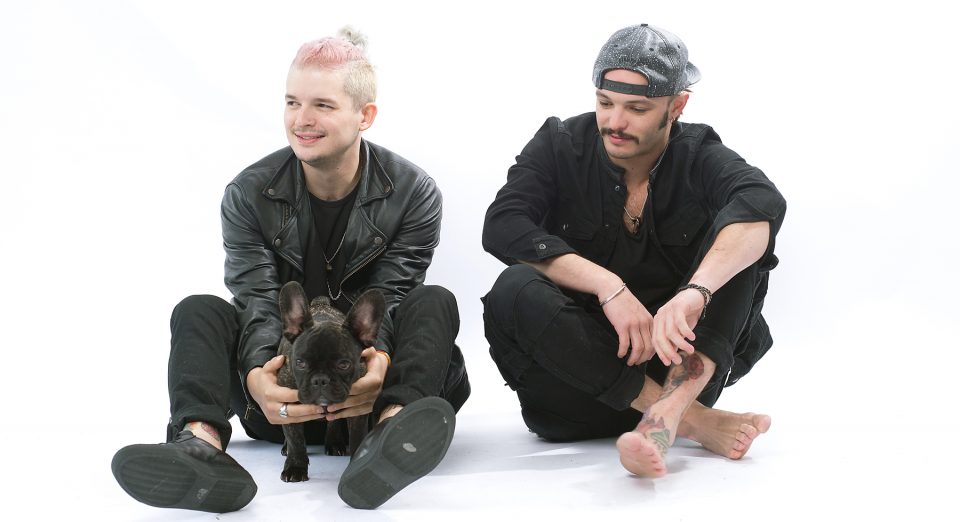 What’s your take on the runaway success of “Doses & Mimosas?”
The whole thing about that song is that we never picked it out to be a single. We originally recorded it for our record Mom and Dad, and when we released it, we put it out as one complete work from start to finish. We didn’t highlight a specific single. From that point, people started to react to that song. After we went out on tour, we thought that everyone had heard it, it wasn’t new anymore. Then all of a sudden people started playing it on the radio in California and it became more of a nationwide thing and widely recognized, as opposed to an underground, viral thing. Then the record label came into play and released it on this whole new scale, and then we had people in Paris start to play it. We got the opportunity to go over to Europe and tour internationally. There’s been multiple times throughout the lifespan of that song that Jordan and I have assumed that everybody has heard it that’s going to hear it and it’s old news, and then all of a sudden, it will grow another set of wings. It makes us realize how small our individual bubble is compared to the rest of the world, and it’s really cool to be able to have something as direct as that song to reach the world.

How did you begin the follow-up to that initial success?
When we were going into the studio to make the new album, we didn’t go in with any sort of preconceived notions or any one specific goal. We didn’t try to recreate the same magic that happened on previous songs. We’re really trying to go in and write some good music that first and foremost connected with us, but also connected with other people and played as a solid album, and not just a random collection of singles.

That’s always been our goal when we go into the studio, and we don’t think about too much other than that. We’re obviously inspired by our fanbase and the people that are coming out to shows and singing the songs, and the reaction that they’re giving us. But there isn’t really a specific goal going into the studio. It’s just about making some music and seeing what fits in.

How did the collaboration with T.I. get started?
It’s something that happened pretty organically, surprising as that may be. That’s pretty much how all our collaborations have happened; it’s not been something that’s been forced from our side or the other. It’s just us getting together and making music with people we enjoy spending time with. That specific collaboration happened when T.I. was introduced to [our] music randomly, and from that point he became a fan. He made a point to come out to one of our Atlanta shows. He was super nice; he invited us out to dinner and bowling with his family the next day. Then we got into the studio tracking for what we hoped was going to be on of his releases. We came back down again a couple of months later and then we tracked for our record. It was a really cool, organic relationship. And it was an insane thing for us, because we had both grown up as fans of his music.

At what point in your career did you have a “we’re making it” realization?
Probably going into Columbia’s offices and seeing our picture on the wall in between Bob Dylan and Beyoncé, just seeing us at a major label being associated with the greatest of the greats, that was an awesome and very humbling experience. It’s especially awesome because we haven’t had that cliché major label horror story happen to us, where a band goes in and they feel like they have to compromise what they’re doing and change everything. Our process throughout the whole experience has been really unimpeded. They just kind of magnify what we’re doing as opposed to trying to change it.

What was your first brush with electronic music?
I really got into electronic music through college. I specifically remember going to see this show, the after party for a band with an electronic set, and just thinking, “This is really cool,” being able to produce music onstage that is unattainable sonically as a rock band. That experience, and going to a lot of music festivals really opened my eyes to how this music can be performed. It made me realize that people performing electronic music don’t have to worry as much about what can happen technically as they can worry about the audience experience and the entire show itself. Some people are sacrificing the show just to be doing absolutely everything instrumentally. Picking those battles of what to focus on can be the hardest thing—that was a real turning point in my life, I think.

Do you aim to place a lot of humorous themes in your style and music?
There’s always been a juxtaposition in all the lyrics throughout the records. There’s obviously a lot of sincerity in all of it, but some of it is right alongside this kind of tongue-in-cheek quality. Our whole mentality is to take ourselves seriously, but not too seriously, which is kind of the way we live our lives, and it shines through in the lyrics as well.

What is the best way to experience Cherub?
Come to the live show. We play a solid mix of songs off of all the records, and really, the thing that has kept this whole act going is the fact that, we started playing shows for five people, then they told their friends and 50 people came out, and now we’re getting the chance to play to hundreds and thousands of people. We’ve been touring consistently for about six years, and we’ve got a schedule where, during the winter/spring time we’ll hit half of the country, and be complaining about not hitting the other half, and then come the fall time we’re touring the other half as well. It’s huge, the string of dates we’ve put together this time. This is the most extensive tour that we’ve done, and it’s awesome to get to go and revisit these places and these friends that we’ve met along the way. You meet people every day, and we made a lot of friends out there, so getting the chance to go see everybody is awesome. 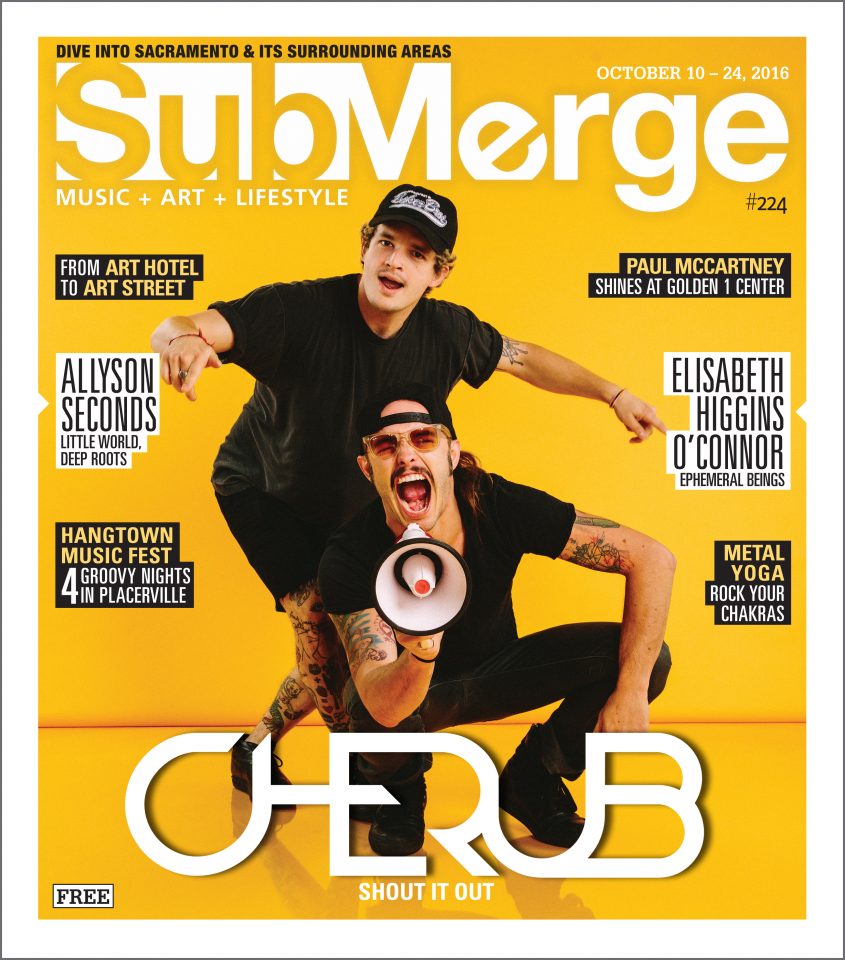