Be Like Gold • David Luning Flexes Americana Muscle on Restless 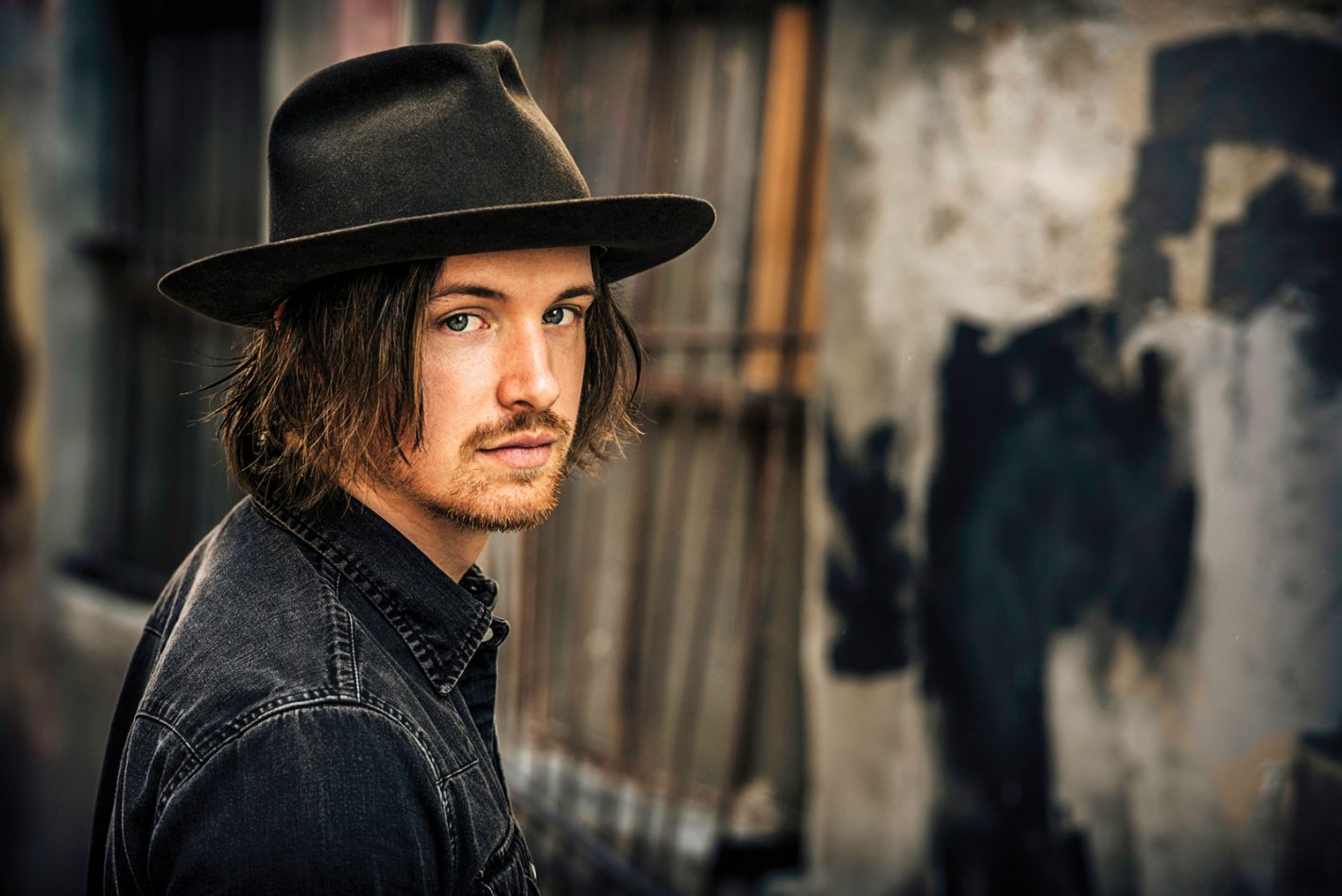 David Luning probably wouldn’t advise everybody to drop out of college. It worked for him, sure, but the whims of artists come with risks. So far, Luning’s decision to leave Boston’s prestigious Berklee College of Music to pursue a life as a ramblin’ man has proven mostly fruitful, as can be gleaned from a listen to his second full-length record, Restless.

As a student in Boston, Luning studied film scoring, and since the age of 5 was an ardent pianist, composing cinematic piano pieces beginning around eighth grade in Northern California. In high school, Luning was in a couple of experimental rock bands, where some of his more avant-garde influences like Mr. Bungle, Melvins and Pixies were given free reign.

This foundation was shaken to its core after an invitation from a couple of Boston friends to share some music together while Luning was attending Berklee.

“I ended up meeting these two guys who introduced me to the music of John Prine,” explains Luning via phone from a tour date in Ann Arbor, Michigan. “I had never really listened to Americana before, or really much singer-songwriter stuff. But when I heard John Prine’s music I was like, ‘Holy shit! That’s what I need to do with my life.’”

Luning phoned his parents to break the news that he would be leaving Berklee to pursue a career as an Americana artist. While reluctant at first, they ultimately gave Luning their blessing. He moved back to California and started what has been a promising beginning to his career.

“[Americana music] to me was really from the heart and straightforward, yet had a lot of layers in the lyrics,” says Luning. “The simplicity of it and the honesty of it really drew me in for sure.”

On Restless, Luning exposes the influence of those initial inspirations in down-to-earth crowd-pleasers like the single “Driftin’,” a sing-along-worthy tune trumpeting his affinities for life on the road. Opening with a yawn of harmonica and acoustic guitar—a la any song from Nebraska—Luning sings, “Drivin down southbound, headed out/A full tank of gas and an open road/And all I wanna do is travel on/With a band that’s playing music ‘til the sun comes up.” Not exactly earth-shattering sentiment, OK, but the degree to which Luning is willing to admit to a sort of charming naiveté with regard to being on the road is endearing, to be certain. “I wanna keep on driftin’ like a ramblin’ man,” goes the oft-repeated chorus.

With lots of touring under his belt—along with his band, comprised of Ben Dubin (bass, harmonica), Linden Reed (drums) and Dave Sampson (guitar, mandolin)—Luning’s rosy-cheeked optimism for the necessity of copious live dates is at least rooted in experience.

The relative safety of “Driftin’” belies the grittiness and shadowy country-rock bombast of later songs on Restless. Luning’s first record, Just Drop on By, was decidedly rooted in a more traditional country milieu. When writing began for Restless, Luning’s main objective was to create a harder-edged collection of songs. The record’s producer, Karl Derfler (Tom Waits, Dave Matthews), allowed the jagged emotion of such rough-and-tumble tracks like “Bet It All on Black” and “In Hell I Am” to writhe freely rather than to become mired within the canon of traditional Americana expectations.

“The record ended up being much more rock than I ever anticipated,” says Luning. “We wanted to let the songs do what they wanted to do.”

“Bet It All on Black” is the first song on Restless where electric guitar is heard. Luning opens with a mealy blues riff, backed by the pocket-tight rhythm tandem of Dubin and Reed. The song’s ominous undertone is brought to fruition with dynamic quiet-loud-quiet structuring and some evil-sounding lead from Sampson. Luning’s cinematic, film-score-centric background notwithstanding, his writing leaves a little to be desired from someone so enamored by the likes of John Prine. Still, as Luning himself explains, it is the layering of imagery and the open space of the lyricism in a lot of the Americana songbook that draws him in. It is perhaps his attempt at conjuring the same kind of magic with an influx of non-sequitur and worn country-western cliché.

“On John Prine’s ‘Souvenirs,’ he says, ‘I hate graveyards and old pawn shops/For they always bring me tears,’” explains Luning. “You could easily think he just hates those places, but really there’s like 100 stories in that line.”

Where Luning evolves beyond merely the persona of the ramblin’ Americana crooner is on undeniably potent songs like “Be Like Gold,” a sparse, poetic alt-country panorama set to a tale of fathers and sons. Elsewhere, Luning bullseyes heartbreak on the emotive breakup tune “Gonna Forget About You,” the contents of which ought to be apparent simply by reading the song’s title.

Luning’s talents as a songwriter are unshakeable, and the smart planning of having played with the same core musicians for several years is something that veteran musicians wish they’d known when they were starting out.

“I have such a great band, and they’re really close friends and amazing musicians,” says Luning. “But they’re also just really chill and awesome to hang out with all the time. I’ve been playing with them a long time. They kind of now know what I would go for in a song, so it’s a lot easier to bring songs in.”

Luning was finally able to meet the muse of his newfound musical direction. While in a green room after moving back to California several years back, Luning came face-to-face with his idol, John Prine.

“I was so star-struck because his music was what changed my life,” explains Luning. “I had this whole big speech planned where I was gonna tell him how much his music meant to me, and he was introducing himself to everyone because he’s like the nicest guy in the world. He gets to me and he’s like, ‘Hi, I’m John,’ and I was like, ‘Hi … I’m David.’ And that was it!

“I felt so ashamed, like that was so lame, David! Come on. You can do better. I stayed in the green room for another 20 minutes, and really awkwardly staying back there, not really knowing what to do but knowing I had to talk to him again. I walked over to him when he was eating snacks and I reintroduced myself: ‘Hi John, I’m David. We met earlier. I just wanted to tell you that … I play music, too.

Someone, quick, cue up “Circle of Life.”

See David Luning live at Harlow’s in Sacramento on May 12, 2017. Luning will serve as main support for headliners, The Dustbowl Revival. Tickets for this 8 p.m. show can be purchased for $15 through Harlows.com. This is a 21-and-over event. For more on David Luning, go to his official website, Davidluning.com.