Let’s be honest here. I’m greedy. I wanted to write the first Hobo Johnson (né Frank Lopes) story. Like many others, after watching the “Live From Oak Park” series of videos on YouTube, I was hyped, instantly fascinated by the young rapper, whose stuttered, offbeat style often jumps from Conor Oberst to Sole in a matter of one breath. There’s something about his delivery—confident, yet totally unsure; joyful and angry; polite, but crass; rational and completely insane—that reveals an actual personality behind the music. Hobo Johnson’s candid style cuts through all artistic pretensions and allows the MC to actually articulate heavy (sometimes brutally funny) ideas without having to bare the weight of the label “conscious rapper,” which once could be worn as a badge of honor, but now is simply the shriveled detritus of ‘90s-era hip-hop. Well, I wanted to show the world this young artist who is surely destined for greatness, but, instead, I listened to an audiobook about extreme altruists, then caught up with the new season of Catfish, then watched a documentary about pedophiles, and a bunch of other writers beat me to it.

Enter Chris Macias, a journalist who writes for the Sacramento Bee. He always writes the first big stories. I’m sick of it. But I’m also insanely lazy and apparently not fed up enough to actually seek out new artists and interview them before he does. In fact, I’m so lazy that I called upon the award-winning journalist to help me with this story:

“How should I start it?” I wrote in a desperate email.

The kind-hearted Macias responded: “You should start by name-checking everyone who wrote about Hobo Johnson before you, and how since you became a dad you’re pretty much out of touch with all music, except what’s played on Sprout TV.”

That would require waaaaaay too much research and I’m not into that kind of shit. Plus, I don’t know what Sprout TV is, so I can add “fatherhood” to the list of things he beats me at.

Honestly, I just like listening to artists and then babbling about them and then collecting a paycheck at the end. But for this story I actually met up with Hobo Johnson at the Old Soul in Oak Park, where, unbeknownst to me, the 22-year-old MC used to work (and then quit with a bit of melodrama).

“This is where everyone asks to come,” he says. “But then we were in the Sac Bee and I came to pick up a copy real quick and I saw my old bosses and they got mad at me. My boss here was like, ‘You’re a piece of shit.’”

But, to be fair, he quit the second he signed a management deal with some big shot in Los Angeles. If I got a management deal, I would quit everything, leave my family and never wear clothes again.

“Working, to me, is the fucking worst,” he says. 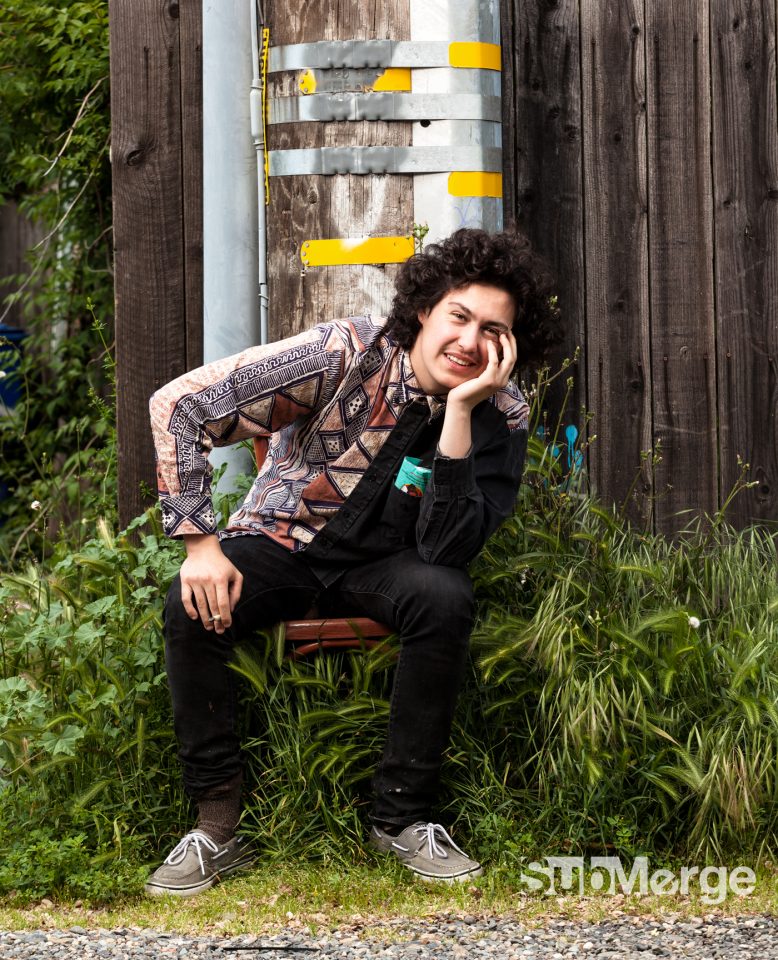 Working is the worst. The only thing that matters in this dumb world is to live your goddamn dreams, even if there’s a 99-percent chance of them dying a horrific death right in front of your blinking eyes. Hobo Johnson is going for it. Without a backup plan, the rapper is relying solely on his music to make money.

“I just play shows and sell merch,” he says. “But with the festival season coming up, I should be good. Rent is dumbass cheap.”

I have confidence in this plan. There’s something about his oddly hilarious songwriting style that is suspenseful, wickedly smart and endearing enough to sustain a long career in the arts. Check out these lyrics: “Hey missus, will you take me to a world where nothing else exists except the contents of our soul / If I looked like Brad Pitt mixed with a bit of Jake Gyllenhaal and a bowl of David Hasselhoff I wouldn’t be here at all / I’d be in Los Angeles / Or at your mom’s house. Eating all the sandwiches.”

See? Hobo Johnson is a character, and not the gimmicky kind. He’s a larger-than-life personality. Even his diction, the way he says words, is really weird, but it’s something that sticks with the listener.

“I talk like that, too,” he says. “Like I’m kinda always about to fuck up a sentence. It’s just part of who I am, I think, just the unsureness of what the fuck I’m saying.”

That unsureness, the willingness to show vulnerability, works. Even my nemesis, Chris Macias agrees. “[H]e’s the kind of rapper who could actually do a guest slot on Yo Gabba Gabba, which is even better for old dad bros like us,” Macias writes in his email. “Listening to Death Grips now just hurts my feelings.”

Man, I wish I would have come up with that.

A visit from Jesus

Anyway, from his humble beginnings as an open mic MC who could only draw four people to a show to now, where he, along with his band, The Lovemakers, can draw a crowd of 450, it will surely be interesting to track the journey of Hobo Johnson. And believe me, it will be tracked, seeing as this is like the 90th story about the guy. But here is a story that nobody else has. It’s about the ill-fitting PT jacket he sported in all those “Live From Oak Park” videos.

Hobo Johnson recalls: “A few days before we shot the videos, I knew I needed to get a jacket and I wanted a speaker system for my turntable. I looked on Craigslist for one that morning. We go to my friend’s house and we practice and we go out to his car and right in front of his car on 44th Street is that PT jacket and a speaker system with a receiver. And I’m like, ‘This is from Jesus Christ.’”

So there you go. Jesus Christ Himself dropped down and paid a visit to Hobo Johnson. Eat it, other stories.

Anyway, I don’t know how to end this shit, but, luckily, Macias (like my own, personal Jesus), tells me what to do:

“Be sure to drop the details of his next show.”

I don’t really know when his next show is.

“[B]ut … you probably won’t be there because you’ll be teaching your son how to play catch and hopefully steer him away from the idea of being a rapper.”

Screw you, Chris Macias. Screw you.

Check out Hobo Johnson and the Lovemakers live when they perform at this year’s First Festival at Riverwalk Park in West Sacramento. This two-day festival will take place on May 6 and 7, 2017, (Hobo Johnson’s set will be on May 6). Headliners include Arden Park Roots and Oleander, with sets from Some Fear None, DLRN, The Moans and many others. For a full lineup, or to purchase tickets, go to Firstfestivalsacramento.com. Hobo Johnson and the Lovemakers will also play Concerts in the Park on June 30, 2017, at Cesar Chavez Plaza. Check out one of Hobo’s videos from the “Live From Oak Park” series below.