If You Want a Job Done Right”¦ 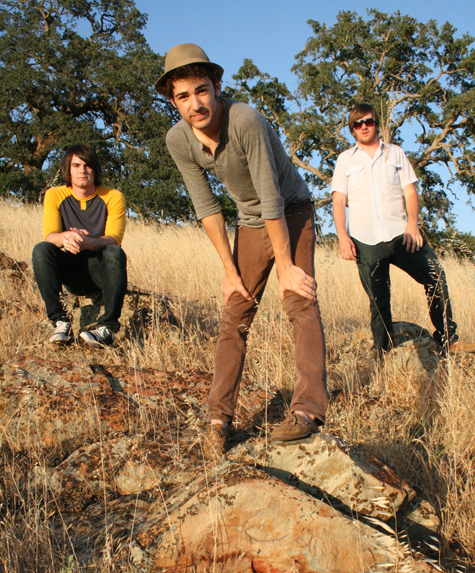 Hazel and Vine Go It Alone

El Dorado Hills’ indie pop sensation Hazel and Vine are making its way home. Currently out on a CD release tour, the group has spent the last seven months recording and re-evaluating its career with changes that include going DIY and becoming the procurer of its own destiny.

This month Hazel and Vine went DIY, self-releasing its self-titled album. Oddly enough, achieving this ethos of control involved the group leaving Ethos Records. Lead vocalist Kyle Monroe spoke candidly of his band’s departure from Ethos, stating it was a “no qualms” break up. “We signed on for one CD to ‘test the waters,'” he said. “It was absolutely great. Our CD was made and released in more places than we could have done ourselves, but in the process we felt like the CD wasn’t really ours. That’s why we decided to release our current album by ourselves.”

The boys took going DIY to heart, as the band’s recently released self-titled record is stripped to the core of Hazel and Vine’s musicians. Monroe said going into pre-production the group agreed that if they could not play it live, it would not be featured on the record. “I am pretty sure throughout our studio time I said the phrase, ‘It’s not real enough! Stop it!'” Monroe said. “I love the fact that we didn’t do anything we couldn’t accomplish live. What you hear on the record is what you will get live. As much as it would have been fun to make everything absolutely perfect, it wouldn’t have been that natural sound that we were going for.”

Indeed, Hazel and Vine successfully stripped its sound. The record is devoid of bells and whistles, opting to let each member contribute his respective talent to the process. Monroe said it was important that with the group’s third record, each member be present for recording. By taking this approach Monroe said it led to an understanding of each members’ significance in each song. “It’s always more positive when you have your band mates cheering you on and laughing at you when you mess up,” he said. “It allowed us to pick apart our songs and understand what each person was trying to convey with their instrument.”

The group spent 30 days in the studio with Josh Benton of Joshua Tree Studios and Dan Koch of the San Luis Obispo band Sherwood. It was a month-long regiment of arriving at the studio at 10 a.m., brewing coffee and recording until 10 p.m.

Monroe said his manager arranged for Koch to assist in recording. The band had half its songs written prior to Koch’s involvement, but Monroe insisted that had Koch not joined on, the record would not have been completed by deadline. “I am personally a huge Sherwood fan and have been since I was in high school,” Monroe said. “It was a great motivation to get off our butts and start working.”

Koch’s most significant contribution was shaping the song “The Radio Sound.” Once Koch heard the single-worthy song, Monroe said he was enamored with shaping it into a radio-friendly pop hit. The band worked with Koch in his Los Gatos, Calif. apartment, playing acoustic guitars and receiving helpful tips on roughly half the record’s songs. Monroe admits that after spending time with Koch the group applied its lessons to the remainder of the record. “The song was originally an upbeat number but very dark and very minor,” he said. “He really taught us how to focus on making a song radio-friendly without sounding like every pop band on the radio. Short songs that are to the point”¦ And I feel that is exactly what this record is… Despite our last song that is five minutes with a nice outro.”

Strict routines of locking oneself in a studio for 12 hours can lead to a slight case of cabin fever. The members of Hazel and Vine were kind enough to record video of its forays into the weirder side of studio time. Viewable on their Myspace page, one of the games played to alleviate the pressure was “sombrero time.” “We made a rule that while recording bass you had to wear this huge two and a half foot sombrero that was extremely uncomfortable and probably affected the quality of the bass tracks,” Monroe said. “But it’s OK, that’s what makes the record so special for us.”

Another entertaining video features Monroe and bassist Davis warming up in a bathroom before a show. The band jokes about the lengths it goes to find solace before a show and exercise its pipes in proper acoustics, but the bathroom singing is not limited to warm-ups. In true DIY fashion, the studio’s vocal booth was the bathroom. “Every time I would go into the vocal booth I had to go through the bathroom,” he said “It seemed that someone was always going to the bathroom while I was recording. It made it almost impossible to record when you are listening to it happen on the other side of the door.” I did not inquire further as to what “it” was that could be heard, but my hunch is it was not pleasant.

Despite a lifespan of three years and several lineup changes, Hazel and Vine have logged an impressive amount of hours touring. The band’s CD release tour takes them as far as Tucson, Ariz. and Las Vegas with a homecoming show at Club Retro on Nov. 27. Hazel and Vine will play the new record in its entirety as well as a yet to be disclosed cover. Monroe expressed an excitement for the night that will include a communal sing-a-long with friends and family. “We are going to have a lot of guest artist on stage with us; our friends in bands and people who have helped us out on this record. I’m pretty sure even my mom wanted to sing a song, but I will just have to veto that idea.”

While Monroe seems pleased with the fruits of going DIY, Hazel and Vine are not making it the band’s staple. It’s no surprise the group enjoys reaping 100 percent of the benefits of its work. Monroe talked of this experience as an opportunity to be more business savvy with their creative passion. In his loose mentioning of the next album, Monroe said it won’t be as DIY. After the tour, the group is looking for a new studio with engineers and producers to keep the process from becoming stale.

There was no talk of finding a new label, but that could be the DIY ethic that sticks with Hazel and Vine. “We were just joking around about how we should look into managing and maybe un-officially signing other band in our area that wanted to work with us,” Monroe said. “We are always looking to help out the Sacramento music scene. Maybe not a label, but at least helping other bands get off the ground.” 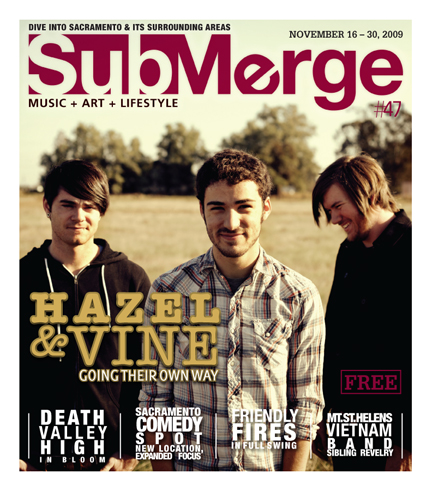 Hazel and Vine’s homecoming CD release party was at Club Retro in Orangevale on Nov. 27, 2009.