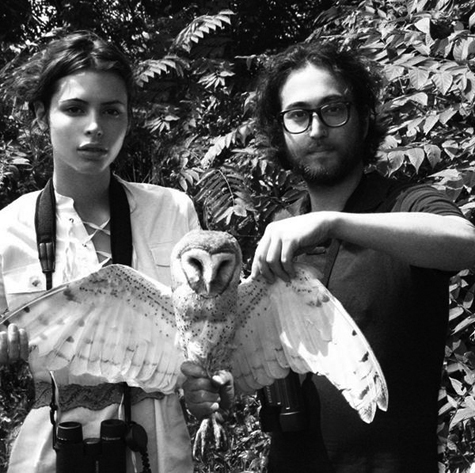 Whether center-stage or behind the scenes, Sean Lennon continues on a remarkable music legacy

If your father was one of the most respected and beloved songwriters of all time, and your mother was one of the most polarizing figures in pop culture, anonymity would be difficult to come by. Still, Sean Lennon has managed to keep a relatively low profile–and that’s fine by him. The only son of John Lennon and Yoko Ono, Sean hasn’t flaunted the fame that was his birthright. Instead, though he’s followed in his parents’ footsteps, he’s taken an almost workman-like approach to his music career.

“I pretty much started off playing bass with Cibo Matto, and I came to music from that part of the game, which is being a player and someone who plays in someone else’s project, like a session musician,” Sean explains. “That certainly is as much, if not more, a part of who I am as a musician as being a frontman.”

When Submerge spoke to Sean over the phone from New York City, he was keeping himself busy as usual, putting together a mid-February show at the Brooklyn Academy of Music that will honor his mother’s music. Sean says that organizing an event of such magnitude is a new experience for him.

“I’m sort of in pre-production for this BAM show, which is kind of complex, because there are a lot of players involved,” he says. “I’ve never actually participated in organizing anything of this scope, so it’s been a lot of work, but it’s been a lot of fun as well… We have a lot of guest stars performing my mom’s songs, and she’s going to be performing with them, and I’m sort of music directing and producing.”

Sean was also busy with his own music. His latest project is the eerily titled Ghost of a Saber Toothed Tiger, a duo that consists of himself and girlfriend Charlotte Kemp Muhl. GOASTT is still in its nascent stages, but Sean says that he hopes to tour and have an LP out by this summer. Though the name may sound menacing, judging from the songs posted on the group’s Myspace page, GOASTT creates dreamy, incandescent pop soundscapes. He and Muhl are currently in rehearsal for a show at Union Pool in Brooklyn, which will take place Feb. 19, 2009. Sean says that rehearsing for both shows simultaneously has had its challenges.

“I’m rehearsing the BAM show at the same time, so it’s confusing to remember all the different sets–all the chord changes and stuff,” he says. “It’s interesting to have to think about two different projects in the same week.”

West Coast fans can catch Sean Lennon when he performs with GOASTT and also plays with his mother in the Plastic Ono Band at this year’s Noise Pop Festival in San Francisco. Sean co-produced the band’s latest album, Between My Head and the Sky, alongside his mother. The album was released in fall 2009 and received a very positive reception from critics. Sean worked with his mother on a record previously well over a decade ago. Rising was released when Sean was just 17 years old and led him to a worldwide tour with his mother. Though he says he was well aware of his mother’s capabilities going into the recording of Between My Head and the Sky, he found that Ono was still full of surprises.

“I was still surprised at how inspired she was and how prolific she was,” Sean says. “On the most prolific day, we did six songs. She came in with six song ideas, and we recorded them all in one day. The whole record was made in…seven days, recording wise, and then the rest was spent mixing. It was really fast. It was more like a jazz record than a pop or rock record, which are usually belabored.”

In the following interview, Sean Lennon discusses working with his mother, his girlfriend and the excitement of wearing many different hats.

Last year, you put out Between My Head and the Sky with your mother. I heard an interview with her on NPR where she said it was your idea to resurrect the Plastic Ono Band name for this album. Why did you decide to do that?
It was my mom’s band, and I felt it was her best band name. It was really just a matter of aesthetics. I didn’t realize how people would react. I think a lot of people were excited, but I wasn’t really trying to say I was resurrecting the original Plastic Ono Band, which was basically Ringo [Starr], Klaus Voormann and my dad and my mom. It was more that I just liked the sound of the name. I think it’s a cool-sounding band name, and it’s her band, so I figured since it was her band, she had the right to use it.

Was it something she was open to right away, or did you have to talk her into it?
No, no. She was fine with it. I think it was one of the three coolest band names of all time: The Velvet Underground, Spiders from Mars and the Plastic Ono Band. I don’t think any other band names are cooler than that.

From what I’ve heard of the album, it seems like there are a lot of different jumps stylistically, but would you say there’s a common bond between the songs?
I think so. For me, I’m the last person to be thrown off by mixing or shifting between what one would call musical genres, because I don’t even notice it. At this point in time, music is such a diverse landscape, I can’t imagine making a record that just sounds like one thing all the way through anymore. It almost seems like you’re upholding a tradition if you’re doing a jazz record, and it’s the same sound all the way through. It’s almost like a ritual. In this day and age, I feel like there’s so many different styles of music and there’s been so many fusions between different styles that there are no limitations to what you can do on one record. To me, when we were making the record, I wasn’t thinking in terms of genres, I was thinking what was appropriate for each lyric and moment.

Before you mentioned that you made the Rising record with your mother when you were 17. Now you’re a man in your 30s. Did being older affect the working relationship between you and your mother?
Yeah. I think I might be more professional. I have more experience. More tricks up my sleeve. I have more of a sense of what I like and don’t like. I’m probably more patient with myself and others, I think–I hope.

You’re playing a show later this month with your other project, Ghost of a Saber Tooth Tiger. How is that project going?
That project is going great. We just finished a 45, 7-inch. That’s going to be coming out soon. We’re going to be touring this summer, I think, and we’re going to try to finish the record by the summer. I hope we can. It’s hard, because I’m also running the label and have my hands in a lot of different things, so it’s hard to be sure. Sometimes I wish I could just focus on the band and nothing else. I’m trying to wear many hats and see how it works for me.

Can that get frustrating?
It’s never frustrating in itself, because it always feels really fun. It feels like I’m on a roller coaster while I’m juggling or something. It’s exciting, but it can be taxing physically. I can get really tired and not sleep that much because I have to do so much, but I’m sure everybody’s in that position at this point. One of the main things is doing all the visual artwork as well. It takes time drawing. For the label [Chimera Music], we do all the drawing in house, which basically means my kitchen has a drawing table. That in itself could be one job, you know? Trying to do that, design the merchandise and mix the songs and write the songs and perform the songs…no, it’s not frustrating, it’s really fun, but sometimes my body feels really taxed, mostly from not sleeping enough.

With GOASTT, you work with Charlotte Kemp Muhl, who’s your girlfriend. How is it working with your girlfriend on a record as opposed to working with your mother?
It’s totally different just because they’re completely different. There’s nothing similar about it. For me, the most exciting thing I’ve ever done was start this band [GOASTT]. I’ve been really having fun. It’s almost the first time that I’ve ever been proud of what I’m doing. Working with Charlotte has been the most inspiring time of my life. 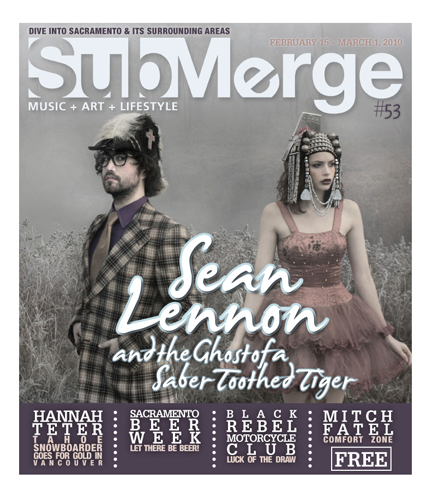 Sean Lennon will perform twice at Noise Pop: Feb. 23, 2010 at Fox Theater in Oakland with The Plastic Ono Band and Feb. 24 at The Independent in San Francisco with GOASTT. For more information, check out www.noisepop.com“