True-Eyed Soul: James Cavern approaches his music career with the mind of a businessman & the fervor of an athlete 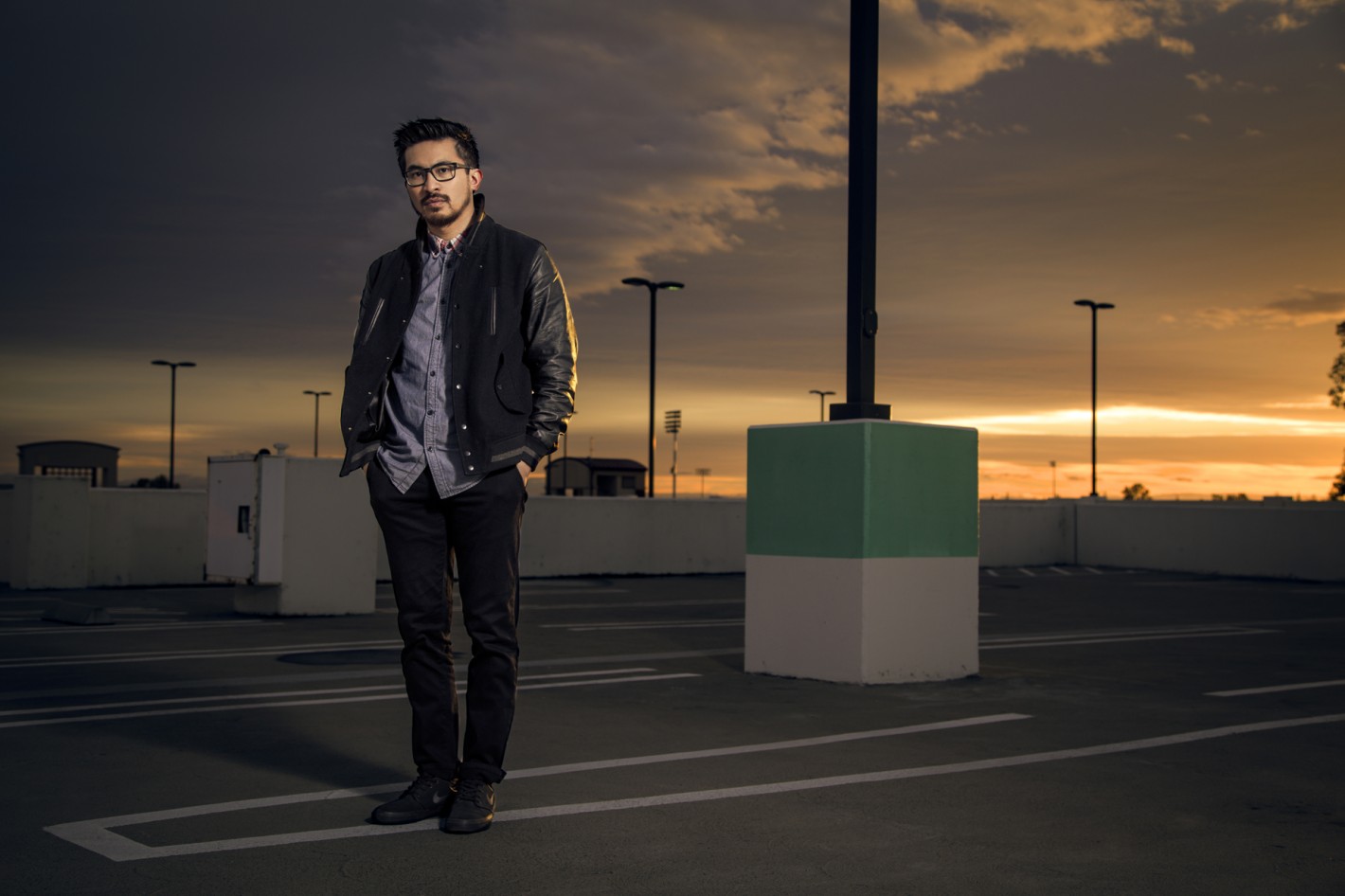 While James Cavern’s status has transitioned over the past few years from “emerging” to “established” in his adopted hometown of Sacramento, the 28-year-old London-born singer-songwriter is more boldly emergent as an artist than ever before. Following a year-long break from music after a 2014 run on NBC’s The Voice, Cavern went back to the drawing board in more ways than one, digging to the core of songcraft, widening his scope in terms of production and moving past a crossroads in his personal life. He explains some of the changes that have come to pass through the title of his latest release, Lost and Found: “It basically deals with feeling a little lost musically and in love for the past two years or so, then centering myself to a better place and feeling more like I’ve been finding my way.”

Cavern does not attempt to conceal the amount of effort in his work, his clear business aspirations or his realist attitudes. For him, the romantic, devil-may-care temperament commonly seen as the typical artistic mode just isn’t an option. There is always a sense of building his brand, of generating interest through novel distribution techniques, of relaying personality into public image with intense focus. Cavern himself is the first to tout his businessman-before musician approach, having only gradually transformed into bohemian purveyor of neo-soul from a fairly lucrative career selling gym memberships. But however integral a role calculation plays in Cavern’s enterprise, it is anything but cold; his eagerness to engage with and uplift other artists on the local scene, whether it be encouraging up-and-comers at local open mics or collaborating with familiar faces like Zyah Belle or Joe Kye (Joseph in the Well), is well known. The restless energy he carries with him from years as an athlete playing soccer finds its expression in countless musical projects both unrealized and accomplished; his Porch Sessions video series of 2012 and last month’s On the Block Party with Soosh*e being two of the latter. Unlike some, however, he realizes that business is the key to turning such projects into reality, and so has thrown himself as wholeheartedly into the process. It can hardly hurt that, Lost and Found, a lean, mean distillation of soul-tinged pop tracks with a running theme, is the most artistically potent statement from Cavern thus far. The On the Block Party release for the EP, which made for one of the more exciting local events of late along the art-centric R Street corridor Cavern calls home, was merely the prelude to an eight-stop tour up and down the West Coast.

In person, Cavern shows little reserve in summing up the points of both pride and disappointment, in his estimation, that have marked his burgeoning career. Both are in the past now, subordinate to the surplus of potential projects that he seems to keep in a meticulously organized mental vault. In our hour of conversation, we run the gamut from how to discover soul through house music, the highs and lows of competition reality shows and the challenge of altering your lifestyle to keep up with your aspirations. 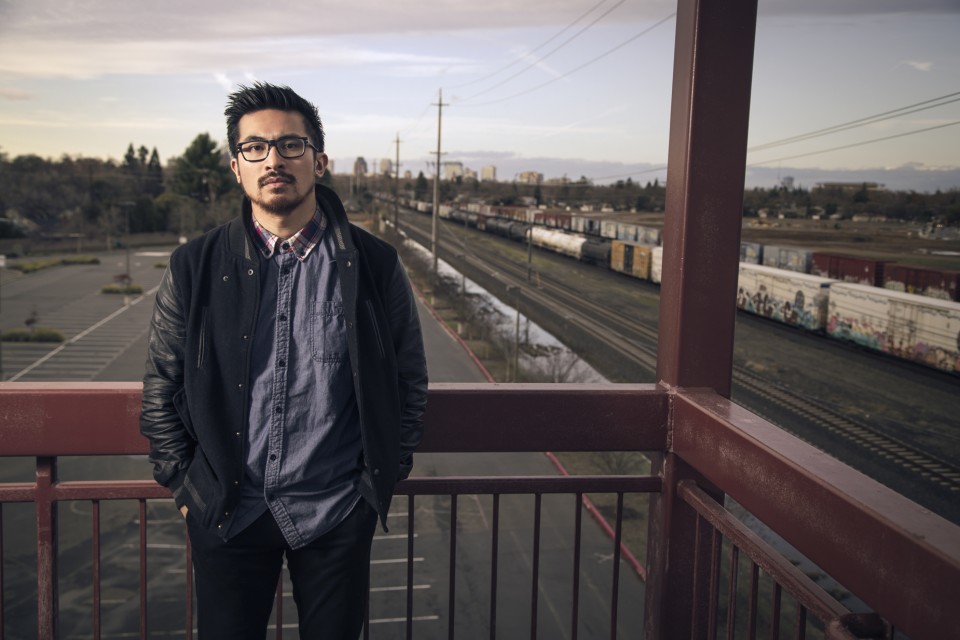 You picked up the guitar around the time you graduated high school. Was there a specific turning point or musical influence that set you down that path for good?
I graduated high school in ‘05 and I bought my first guitar that summer. It was just a hobby, an on-and-off thing. I don’t think that I really got into it until I was 21. That’s when I started really trying to be more proficient. I was working at a gym at the time, which was fun. It’s interesting, because that’s how I identified myself—I was the guy who worked at the gym, who worked out, and played sports, you know? And then I moved to Placerville. I was living with my friend on about three acres, and there was nothing there—no TV, no Internet, nothing. All we had were instruments and dogs. I’m a city boy, through and through, but it was nice for that year to kind of reconnect with nature and having that deeper respect for where things come from. And so through that I discovered needs versus wants and I had moments up there where I had a lot of time to think and find out what really made me happy, and I realized after a while that music was something that really made me happy. After that, work became hard to do, my performance was slipping. Then I made the jump. It was a scary jump because for so long, up until the age of 23 or 24, I fully identified myself as this person and I was beginning to realize that this person didn’t make me happy.

How did you come to discover soul music in particular?
My sister was a huge music junkie during the Britpop era with Oasis, Blur and the Verve. So I listened to a lot of that stuff, and right before I moved to this country, U.K. garage music was extremely popular—that’s kind of like drum ‘n’ bass, hip-hop influenced stuff. But what really intrigued me in those songs were the hooks and the bridges. They were all sung by R&B singers and all samples of older songs. I discovered a lot of music through the samples and it sent me down the road of R&B, soul—Ray Charles, Stevie Wonder. That helped me find my voice in terms of what I loved the most stylistically.

How did last month’s On the Block Party come to be? Can we expect similar events in the future?
I think Dave Chappelle’s Block Party inspired this one. He basically was at the pinnacle of his career and had a ton of money and was able to put a show together with all of his favorite artists that inspired him, and now it’s a legendary event. That was a big inspiration for what I wanted to do on a very small scale. But one day I hope to put something on of greater magnitude. I’ve always had a dream of Old Sac being like a mini-SXSW. As far as the R Street Corridor goes, there’s going to be another block party in May—The R Street Block Party and Maker’s Mart, which is awesome. They did one last year, and this time they’re going to increase the number of blocks involved. As far as me, I’ve always been interested in putting on an event like a soccer tournament of sorts. I’m actually in talks right now with Sac Republic and Cal Fit to close down that street and have a street tournament. I don’t know if a lot of people know this, but I’m a huge soccer fan. Before I became a musician I wanted to pursue soccer. I was well on my way down that road, and my love for the sport has never gone away. I sang the anthem for a Sac Republic game recently and afterwards when I was in the store, I bought a soccer ball, and I just thought, “I really miss playing.” I’d really like to throw a soccer event for a cause. I’m talking with several nonprofits about it now.

What can you tell us about the scale of the new EP?
Compared to the previous EP, which I don’t really have available anymore, you can tell a little bit that it’s all over the place. If you listen to it, you can tell that I’m an artist still trying to figure out where I fit in. From playing my first open mic at the Fox and Goose to playing on The Voice, this EP covers my ups and downs of those four years. It’s the product of my having taken a year off, really just woodshedding, in the loft trying to write these songs and being purposeful about the lyrics and what they were saying. I was listening to tons of artists trying to figure out what speaks to me, lyrically. I realized that the ones that speak to me most are the ones that are straightforward and blunt. I’m not a whimsical writer. I’m going to just tell you straight up what my mood is in a song. The songs express pretty clearly what I was feeling this past year—I went through a breakup. It’s my most personal release, for sure. Stylistically, there’s a range, because I incorporated some electronic/digital sounds and beats, things I wasn’t open to back in the day, when I wanted raw instruments and nothing else. This EP has a nice blend of the two.

In hindsight, how do you feel about your experience on The Voice? Did it leave a bad taste in your mouth?
No. When I went on to that show, I didn’t take it as seriously as I should have. I never really was into those shows, was always the guy that was like “all those people are so fake” or “they don’t deserve it.” It wasn’t until I was on that show, living in a hotel with 120 other contestants—really, the most interesting, well rounded group of people I’ve met—that my perspective changed. To be sitting next to Celine Dion’s vocal director at a meeting and be considered on the same level as her is profound. The whole experience was extremely encouraging and discouraging at the same time, every emotion you could think of. Seeing the industry for what it is was kind of a turn off, but having the sales background that I do, it was easy for me to be like “well, of course that’s how it is.” To be a product, when you pursue a career in music on that level, that’s what you are. I understand that. I accept that. I understand that when I go out in public, and when I go play at shows, people are looking at me and the way I act and what I say and what I do is an immediate representation of what I stand for and my product. So my job, especially after The Voice, was asking myself, “Where do I fit in? What’s my brand? Sure I can sing, but so can a million other people. How can I stand out?” It really just boils down to the way you look, your story, your message. Although it was a really eye-opening thing, seeing that shitty side of it, I wouldn’t have traded it in for anything, because it’s double-edged. I saw both the good and bad. If anything, it just prepared me even more and it helped me rid myself of some delusions.

James Cavern headlines the opening night of this year’s Concerts in the Park series on Friday, May 6, 2016 in Sacramento’s Cesar Chavez Plaza (9th and J Streets). Also performing is Tessa Evans, Current Personae and DJ Epik. Admission is free and the show starts at 5 p.m. Find more info and this year’s full CIP schedule at GoDowntownSac.com. 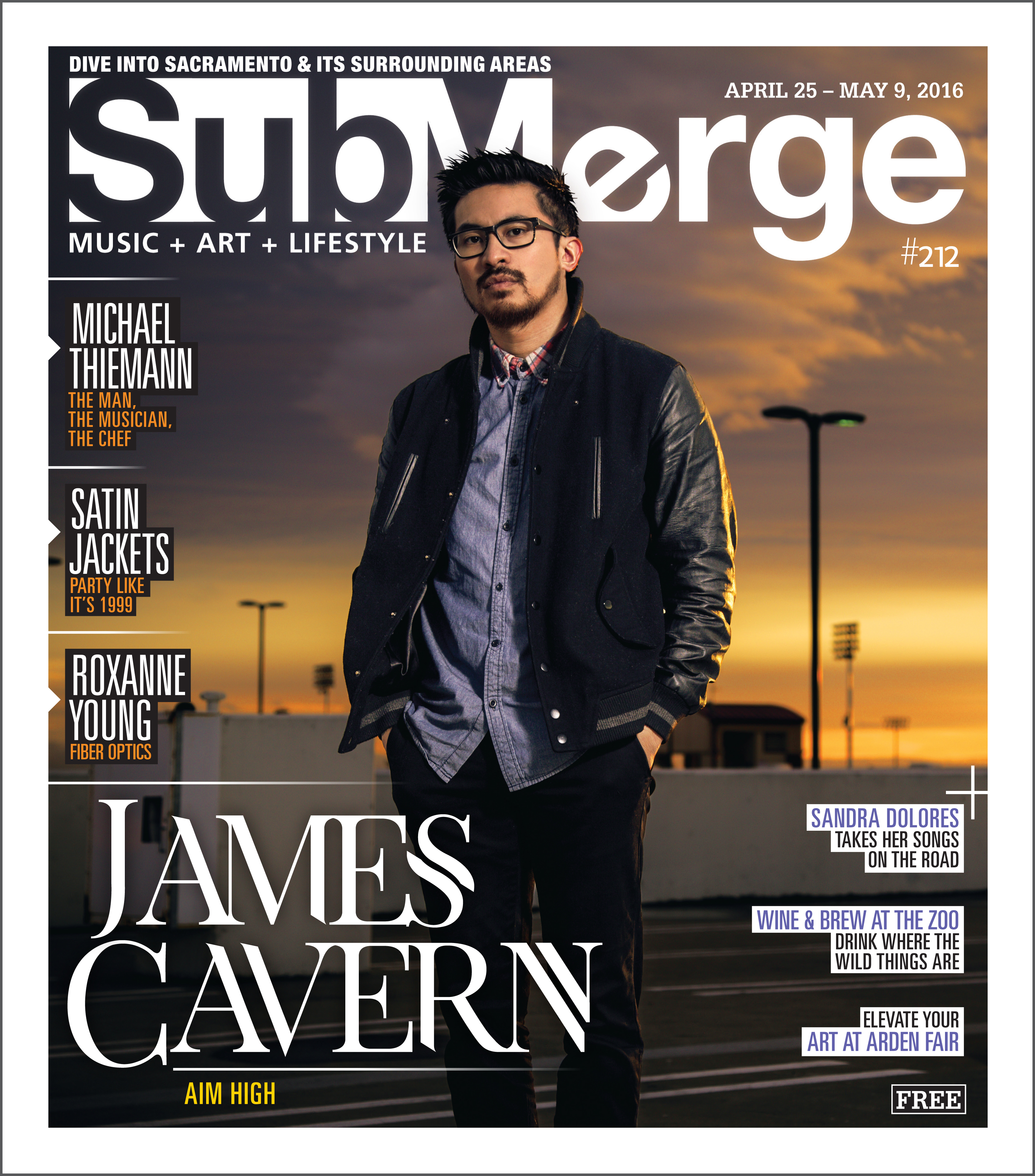