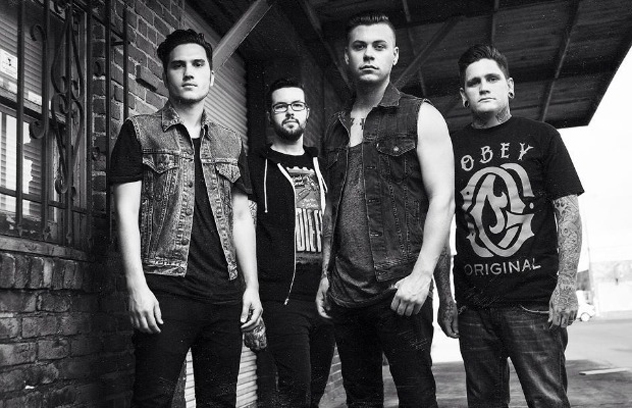 Sacramento post-hardcore band Jamie’s Elsewhere are releasing their third full-length album Rebel Revive on Tuesday, April 8 and will play their official Sacramento release show on Saturday, April 12, 2014 at Assembly. This time around the band is going the DIY route after parting ways with their former label, Victory Records. They also lost their lead singer Aaron Pauley, who left to pursue his touring position full time in Of Mice and Men. A little bit down and out, but still wanting to create an album, the band pulled themselves up from their boot straps, found a new singer (the equally talented Justin Kyle) and started a Kickstarter campaign, raising over $11,000 from backers to help finish and release the album. JE fans will be glad the band stuck with it, as Rebel Revive is a killer record full of insane guitar riffs, chunky breakdowns, melodic sing-alongs and a few impressive guest appearances (Tyler Carter of the band Issues, Garret Rapp of The Color Morale, Dev of “Like a G6” fame and others). Pick the album up at the release show on the 12th, which also features Incredible Me, Lifeforms, Lonely Avenue and Imagine This, or visit Jamieselsewhere.storefrontier.com