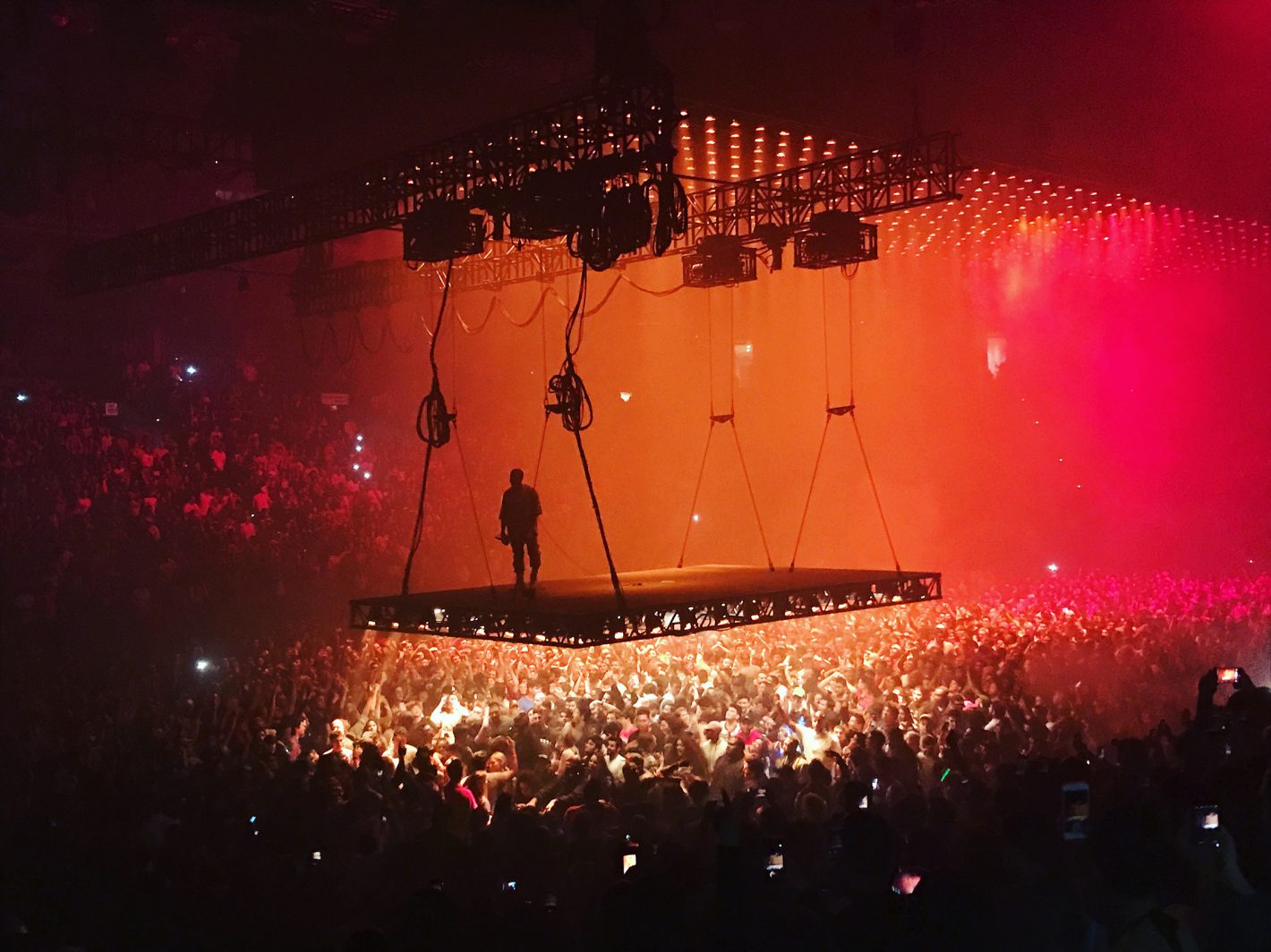 This will not be your typical arena concert, oh no. If by now you haven’t seen photos of Kanye West’s stage setup for his current run of shows, the critically acclaimed Saint Pablo Tour (which just recently added a second leg, including a Sacramento date at Golden 1 Center on Saturday, Nov. 19), allow us to clue you in. ‘Ye will not be performing on a fixed stage at one end of the arena (that’s so old school!), instead he’ll be on a suspended “floating” platform that will move over the audience! From photos we’ve seen popping up on our social media feeds over the past couple months, it looks so fucking sick! Frazier Tharpe, a writer for Complex.com, described the show and setup back in September at Madison Square Garden in New York City as, “Riskier, flashier and almost uncomfortably cutting-edge, like everything Kanye does.” If you want in on the Sacramento show, you’ll want to snag tickets ASAP, as it’ll likely sell out well before the event date (a lot of cities are getting multiple shows; he did two nights in Oakland, even six nights at the Forum in Los Angeles!). Visit Golden1center.com or Ticketmaster.com to purchase online, or go to the arena’s box office (500 David J. Stern Walk) to snag yours in person.