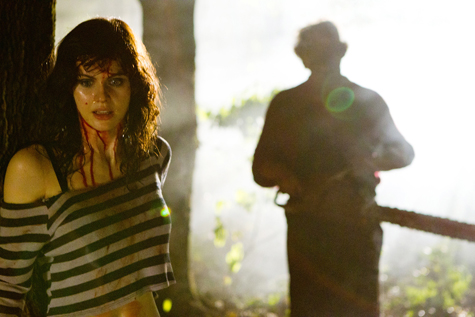 In the first weeks of any new year, people are clamoring to set the tone for the 12 months to follow. Texas Chainsaw 3D is the first widely released studio film of 2013, so maybe Hollywood wants us to expect plenty of gore this year. The creepy supernatural horror flick Mama is up later in January, and April will see the release of the Evil Dead remake, which is produced by the makers of the original film Sam Raimi, Rob Tapert and the incomparable Bruce Campbell. If the red band trailer shown before Texas Chainsaw 3D is any indication, Evil Dead might be one of the most terrifying and bloody films in recent memory. But for now we’re stuck with this quasi-sequel of Tobe Hooper’s 1974 art-house classic.

Texas Chainsaw 3D isn’t a remake. They already made a decent but forgettable Texas Chainsaw Massacre remake in 2003 starring Jessica Biel. This time around, director John Luessenhop takes us back to the film’s grimy roots… At least, he does in the first couple of minutes before giving the franchise something of a pretty, Twilight-esque makeover.

We start out with a montage recap of the 1974 classic, beautifully remastered for 3D. Footage from the original film pops back to life, yet still retaining that grainy hand-held 8mm feel and giving you a reminder of how shocking this movie must have been to audiences who weren’t accustomed to seeing so much splatter on screen.

As a blood-soaked Sally Hardesty is carted away from the chainsaw-wielding madman, Leatherface, in the back of a pickup truck, Texas Chainsaw 3D begins to suppose what happened after. An honest cop (Sheriff Hooper nicely played by Thom Barry) is called out to the scene. Leatherface’s family, the Sawyers, holed up in their dilapidated farm house, shotguns in hand. The sheriff has things under control until an angry mob from the nearby town burst onto the scene. There’s a firefight, and the Sawyer house is burnt to the ground, presumably killing everyone inside. 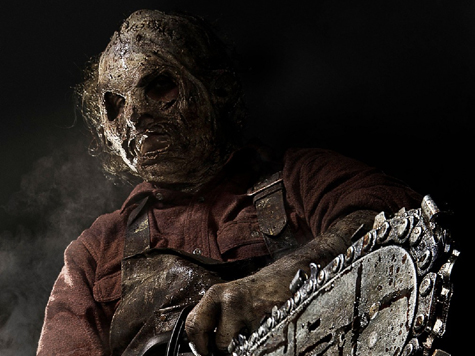 But you know that’s not the case. Heather Miller (Alexandra Daddario) was just a baby at the time, and two members of the mob unable to conceive a child of their own pluck her from the arms of her dying mother. Heather grows up unaware of her bizarre back story until the death of her grandmother leaves her an unexpected inheritance–a huge house in Texas and everything that goes along with it, including someone residing in the basement… Any guesses as to whom that might be?

Texas Chainsaw 3D follows in the franchise tradition of being brutal and bloody. Most of the gore is accomplished through traditional special effects techniques, which is nice since computerized splatter effects often suck (as do the rare instances in this film). The kills are excruciatingly painful–mallets to the head, tenterhooks to the spine and of course chewed up with a chainsaw–and there’s plenty of them too. Luessenhop isn’t afraid to pile on the gore and shove it in your face. He’s also not shy about paying frequent homage to the original movie–the dead armadillo on the side of the road, the Volkswagen van and even the original Leatherface, Gunnar Hansen, makes an appearance.

The elements are there, but there’s nothing new or interesting done with them. Also, though Luessenhop clearly has reverence for The Texas Chainsaw Massacre, he didn’t seem to be playing close attention. His film bears the same slick, antiseptic look of any bad, modern horror film, replete with an absurdly sexy cast, unnecessary relationship nonsense and by-the-numbers “gotcha!” scares.

Perhaps it’s wrong to compare Texas Chainsaw 3D to the original film instead of judging it on its own merits. Unfortunately, there aren’t many merits here to judge it on. I suppose that’s the danger of simply rehashing great ideas from the past without coming up with new ones of your own. Look at it this way, as far as movies go, 2013 has nowhere to go but up.