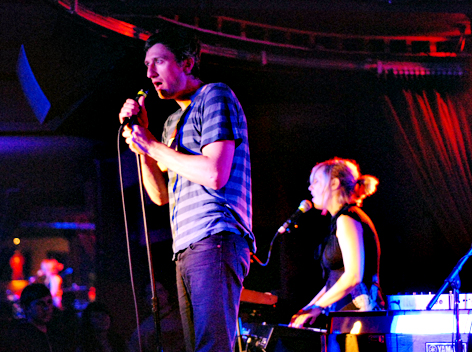 Upon entering the dimly lit Harlow’s Restaurant and Night Club last Monday, I was delighted to see that Two Sheds had been booked as the last minute opener for Mates of State. I immediately noticed that it was not only Caitlin and Johnny Gutenberger (who make up Two Sheds) occupying the stage; there was another women sitting in-between the two assisting with vocal harmonies and light percussions, including the tambourine. I later came to find out that it was none other than Amber Padgett of the local duo Spider Silk Dress. Her addition was a great one and Two Sheds entire set was fantastic, but it seemed like the majority of the crowd didn’t care because almost everyone was talking—so loud in fact that it was nearly impossible for me to really focus on the music. Maybe I chose a bad spot to stand (I do that sometimes), maybe they weren’t there for the opening band, but come on people, show the band some respect and shut the fuck up for a few minutes. My guess is that the lack of bass and drums during Two Shed’s set made it easy for the audience’s short attention spans to become even shorter. What a shame. 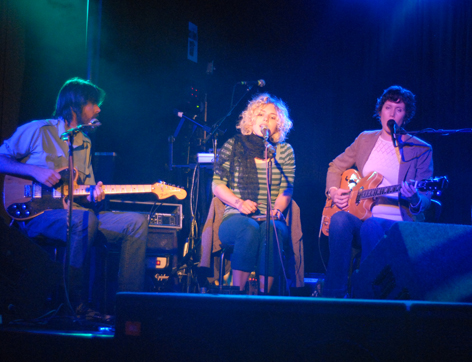 As soon as Mates of State took the stage my theory was proven correct: all it takes is loud drums to get people to shut their yappers (probably because they can’t hear each other talking) and actually focus on the music. As if they were trained to do so, the entire crowd stood up and rushed toward the stage to get a closer look at Kori Gardner (keyboard/vocals) and Jason Hammel (drums/vocals). The two are married and have been making records and touring together since 1997, so they are solid as can be. The chemistry between the two on stage was something I have never before witnessed; you could sense them communicating while playing. They would cue each other with tiny glances or facial expressions to change parts or bring a song to an end. 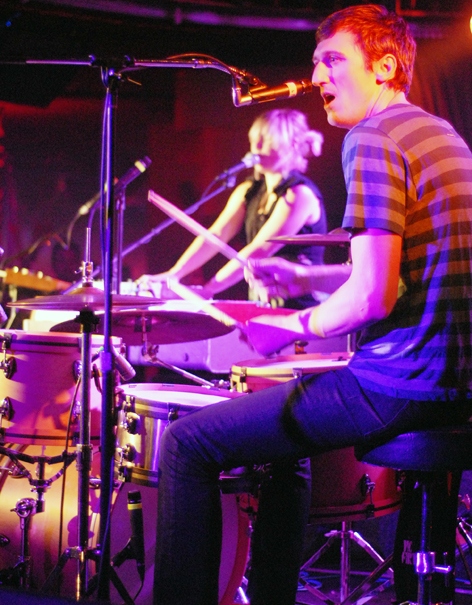 Their timing and harmonies were flawless, further proving another theory of mine that every married couple should just make music together instead of making babies. When the two would simultaneously sing complementary vocal melodies it was so layered and sounded so huge that it was hard to believe only two people were on stage. At a couple different points during their set, two other musicians joined them: one played cello, adding a very symphonic, cinematic feel and the other played electric guitar (which wasn’t even really noticeable in the mix) and messed around on a laptop playing loops and samples here and there.

Crowd favorites of the night seemed to me to be “Fraud in the ’80s,” and “Like U Crazy,” both off their ’06 release Bring It Back, and “The Re-Arranger” which is on their newest album Re-Arrange Us and on this particular night brought their set to an end (before the obligatory encore of course).

As the show came to an end we quickly guzzled what remained of our beers and stumbled out the door, satisfied with the performances of both artists.