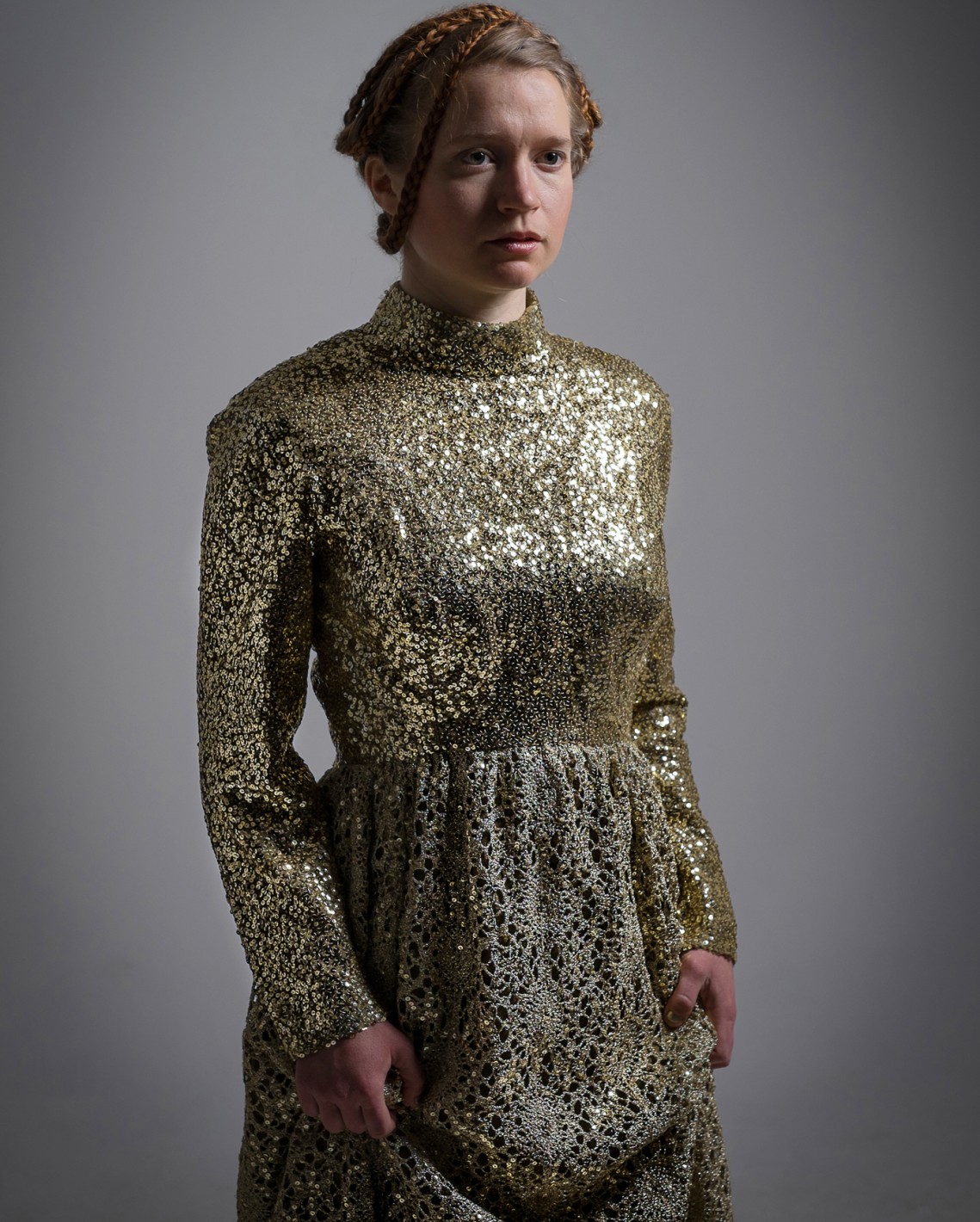 There is a quality to Molly Raney’s music that approaches an actual, workaday magic far nearer than most artists come close to. Songs such as “Fanatical Bird Dance” flit through the mind’s vision like a loosed sprite, exuberant after years of confinement. Others are shaped of a markedly different vapor, such as “Love Song for the 21st Century,” which evokes the forlorn plight of a single flame struggling to gain hold in a dripping glacial cavern. In between is the full spectrum of joy and despair, naiveté and jadedness, recklessness and refinement, that paints a portrayal of an artist willing to reveal the innermost.

One of the possible origin stories for the Olympia-based Davis native comes down to a girl and her doll, the “poppet” of her namesake. The word itself, old-world in origin, carries with it a slew of meanings: diminutive plaything; sweet little girl; an effigy used for conjuring and transference of power. Over the course of her seven years as Poppet, Raney has embodied all three concepts in her songwriting and uniquely emotive performance style, but in the past year, her role as conjurer and conduit have come strikingly to the forefront. The transition is most evident on last summer’s Desolation Lovesongs, a brief shot of two heart-wrenching original songs paired with two powerful covers of older works. A rendition of the traditional folk ballad “Silver Dagger” is a fittingly piercing work that may be among the most powerful versions recorded. After listening to this, it is clear that a new Poppet is arriving. Petite delights give way to ponderous travails, like a sun the size of the moon being replaced by a moon the size of the sun. While themes of joy and wonder will never be left behind, the palette has expanded for good.

It may not have been the most expected turn of events following her 2014 full-length debut, the effervescent The Blue Sky is Always Blue, but the change is fully organic; a period of troubled relationships, a dark winter spent in Berlin (during which she managed a 40-person choir) and a conscious decision to draw upon her years of classical training have set Raney on a clear trajectory; with several albums waiting in the wings and an upcoming tour on both coasts, she is also well equipped for the journey.

When we last met her in the summer of 2014, Poppet was rounding out an iteration of the musical project Pregnant, putting her solo career on hold and diving into the joys of collaboration. This summer, she’ll be touring with another performer, Nina Joly, a choreographer who recently appeared on The Late Show with David Letterman alongside indie rockers Foxygen. The journey kicks off here in Sacramento at the R Street Block Party on May 21, 2016.

We recently connected with Raney to talk about her artistic beginnings, the challenge of performing one’s deepest feelings, and how to find strength from the most disheartening moments. We learned that, however finite the human heart may seem, it is more than capable of creating something lasting.

Can you pinpoint the moment at which the concept of Poppet first appeared?
It was probably the summer of 2008 that I took a class to become a DJ at KDVS in Davis. I was thinking about my DJ name, and I always wanted it to be Poppet, which I took from this little pilgrim doll that I’ve had since I was 12. It’s very simple—it has no hair—for some reason I just felt an affinity for it. Several months later, when I was going to all these house shows in town, and seeing this really supportive community; all my friends were in bands or making music, and it opened up a new perspective. Up until that point, I just figured there was no way I could write music because it was so complicated, because the training that I was raised in was so intensive and imposing. Then one of my friends from the radio station made me a mix; one of the first tracks was “Walking the Cow” by Daniel Johnston. I was listening to that track, and all of a sudden, I had a song to write. I rushed to my computer and immediately started writing my first song as Poppet.

There seems to be a major change in your sound over the last couple of releases since your debut. Was there a conscious decision to switch styles?
It was a pretty conscious shift. When I first started writing music for Poppet, it was very much this childlike, playful, more simplistic persona. I was trying to get away from that intense classical background that I had. I wanted to do my own thing, far away from anything I’d been doing before. I’ve only very slowly come back around to appreciating and utilizing my training, because I was so fortunate in being able to do that. The other factor behind the shift is that I was in this relationship—the next album that’s being mastered is about its rise and fall. After it had all gone south, I received a letter from my ex. He basically told me that my persona was fake—Poppet was something that I was trying to be, that I wasn’t really. That was so offensive to me—Poppet really is this very inner, emotional, tumultuous part of myself that’s being projected on a massive spectrum, so to have someone tell me that it wasn’t true to myself was pretty harsh. But after that, my music did become less ironic and less funny—less fiddling around. It became very seriously trying to cope with my struggles.

Have you gotten a lot of feedback on the style change?
A lot of positive feedback. I haven’t run into anyone who was like, “Oh, I wish you would just go back to being really facetious.” [Laughs] The reactions I get are much stronger like, “Wow, that really hit me hard,” or “Wow, that really caused me to think about things I’ve been going through in my life,” “I relate to that,” “I was crying” or “I was afraid of you” [laughs]. I love those intense reactions. My number one goal is to make those deep, powerful emotional connections with people.

You are known for fairly elaborate costumes and idiosyncratic performance style. Does it often tie in with the song, or are they mostly expressions unto themselves?
They’re more expressions unto themselves, I’d say. It can go both ways—for instance, in the beginning of my show tonight, I’m wearing a very gaudy outfit that’s very ornate. But on the other hand, I’m concealing myself with a mask and singing about being a complete failure. I like having those two things go against each other. I would say “ornate” is a good descriptor for a lot of my music, as well. I really love the baroque era of classical music, and totally, gaudiness is part of that. When you think about baroque architecture, there’s all these swirls, and baroque music is so complex, filled with all these trills and ornaments, so I definitely associate with that strongly. I love the little ornaments.

What music has been formative for you recently?
I’ve always loved Kate Bush. The only bumper sticker I’ve ever had that I got recently is “Kate Bush ‘16.” My friend Briana Marela, I’ve been listening to her album, All Around Us. I just discovered a woman Briana toured with—Jenny Hval. She’s also pretty fascinating. I love St. Vincent—the past year or two I’ve been listening to her newest album, like hundreds of times. Her arrangements are almost perfect. Then the most recent Tune-Yards album, Nikki Nack. She’s [Merrill Garbus, Tune-Yards frontwoman] remarkable, because you can just hear her struggles so much. It’s so human and so relatable. Her album is dark, but there’s so much great energy in it at the same time. 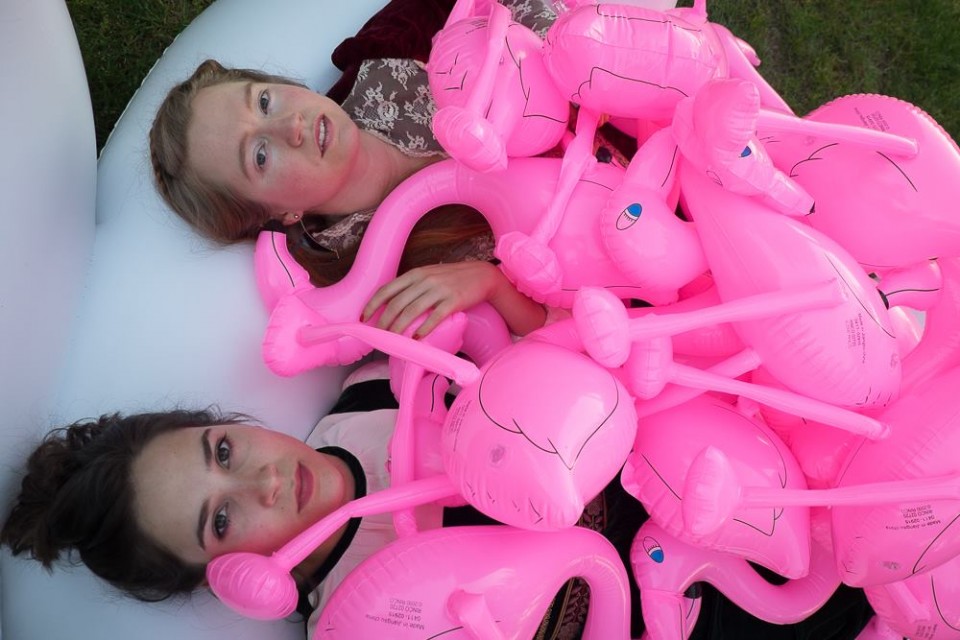 Has working with Nina Joly changed your performances considerably?
The thing that Nina does, she just amplifies the emotional content of the songs by 50 percent. It’s crazy because I’m already quite emotional when I perform, but having some of the burden of the movement, or even a few musical elements taken off my shoulders just allows me to step into the content of the songs that much more. We’ve spent many, many hours practicing. In the past I haven’t been able to do that, so its going to be much more refined, and I’m hoping way more powerful.

I feel like we’re so bombarded with all this different information with the Internet, and it causes us to be more apathetic. I’m saying it as a half-joke; of course, I don’t really believe that love is worthless, though that line does recur in the next album, sort of the center of it.

However, I’m at a good place in my life now, so there’s the irony on sitting on all of this music with such a heavy content. Nevertheless, it’s still all a part of me.

Check out Poppet as part of the R Street Block Party and Makers Mart on May 21, 2016. WAL Public Market will be taking over R Street between 10th and 12th streets in Sacramento. There will be music, live art, local vendors, food, a kids zone and so much more. The event is free and lasts from 3–8 p.m. For more info, go to Walpublicmarket.com and click events, or check out Facebook.com/walpublicmarket.