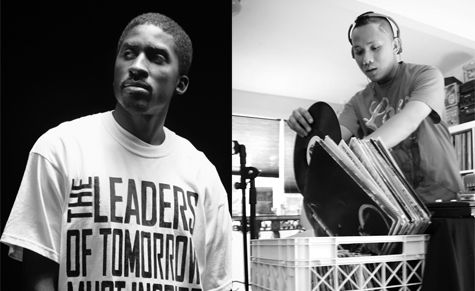 Random Abiladeze is wise beyond his years. It’s hard to deny the truth behind most of his songs and even harder to deny the amount of talent this young man has. His newest full-length album, Brutally Honest, deserves your undivided attention. Random will celebrate the release of the album on May 9 at the Main Street Brewery in Roseville with a party that is sure to be off the hook. The young hip-hop artist was nice enough to take some time out of his rigorous schedule to answer of few of our questions.

To start things off, explain a little about yourself. How long have you been rapping? What got you started?
I first rhymed in 1998 on a dare to freestyle because I was the square from the suburbs. I took it very serious in Feb 1999—inspired by Slick Rick’s verse on “The Art of Storytelling Pt.2″ with Outkast; that was my favorite single at the time.

You rap about some very mature subjects for a young man who’s just 22 years old. Why do you think you grew up so quickly?
I’m old school. Not ’80s or even ’70s. I am 1940s to 1960s old school because I have older parents than most people my age, especially my dad. Both my parents were raised by families from the Deep South—many of those mannerisms and thinking patterns were passed on to me. Also, I read all the time and have always been a nerd. I’m pretty sure taking martial arts as a kid has a lot to do with my outlook on life. I’m an old man trapped in this physical vehicle. It’ll all make sense when I’m 79 or so.

Along with being a hip-hop artist you are a well seasoned, award winning spoken word poet. How does your music and spoken word stuff coincide?
My first public poetry experiences were at Sacramento’s legendary Mahogany Poetry Series, in 2004. I was advised by Miss Marianna to try my rhymes in front of that crowd because they would be open to hearing the conscious themes I have rhymed about for years. I’ve entered slams and used my raps; it’s the same message—only thing that really changes is the frequency of rhyme.

I want to talk about your new album, Brutally Honest. It’s 17 tracks chock-full of extremely conscious lyrics on all levels: politically, socially, spiritually, etc. How long has this record been in the works?
I knew that I was in Brutally Honest creation mode around October 2006. I had the beats for “Lay the Foundation” and “Don’t Stop It” since that time. Some of my verses are actually from when I was 16 (“True Master” and third verse on “Lay the Foundation”). “Wake Up Call” is actually a remix from an unreleased original. That was one of the first songs I performed in Sacramento, back in January 2005. I say this to highlight the fact that I’ve been thinking this way for a long time. I learned more things as I went along, but I had most of these ideas when I was in high school, even junior high at times. The difference between what I write now and then is my greater understanding of what I’m actually talking about. In the past, I knew things were crazy, but I was searching for ways to properly articulate my concerns.

You included a spoken word poem on the album entitled “Read,” and at the very end you say, “When you read between the lines you got a reason to raise your fist, so my people, please read!“ What texts have proven to be the most influential in your life?
In terms of confidence, knowledge of self, spirituality, it all started with Wayne Dyers’ Pulling Your Own Strings. I read that my senior year of high school and have been doing so ever since I read it. There are some monstrous texts I’ve tackled that have utterly changed my entire being. The Biggest Secret by David Icke, Slaughterhouse-Five by Kurt Vonnegut, Jr., Soledad Brother by George Jackson, Infinite Self by Stuart Wilde, Twelve Universal Laws of Success by Herbert Harris, Peace Is Every Step by Thich Nhat Hanh, Rebirth of Gods by Paul Goss. That’s not even the half of it. I love reading so much that I wish I could get paid for it. I love reading more than experiencing life sometimes. Not just because it’s an escape, but also because it often feels realer than what I see in the world. Reading has been the gateway to so many gifts in my life. People often ask me about how I get into certain things in the music business”¦it’s because I’ve taken the time to study what you need to do be successful in life. I am by no means rich, but I take care of business with what I have. I Don’t Need a Record Deal! by Daylle Deanna Schwartz is the single most important book I have ever read when it comes to music business as an independent artist. That and Wisdom for a Young Musician by Bruce Warren have kept me completely focused and shown me so many things that have proven to be very rewarding.

Do you think there will ever be a point in your career/life that you’d call it quits and put down the microphone for good?
I can easily see myself not rapping forever, and even putting it to the side as a young man. Hip-hop has been a part of my life since youth, and it always will be. I was just an excited fan who decided that, “Hey, I can do this, too.” I will most likely become an author; I already do public speaking and youth outreach throughout California, and I’ve always been pretty dramatic, so acting is almost bound to happen. I am living my dream right now. I’m watching everything happen and I’m just happy to be here and in control of my art. This is the epitome of what I want my life to be. Everything happens for a reason, even though most don’t understand how or refuse to believe it. If I died today, my life has been lived the way I always wanted it to be; I am being myself. I send many thanks to God for that everyday. 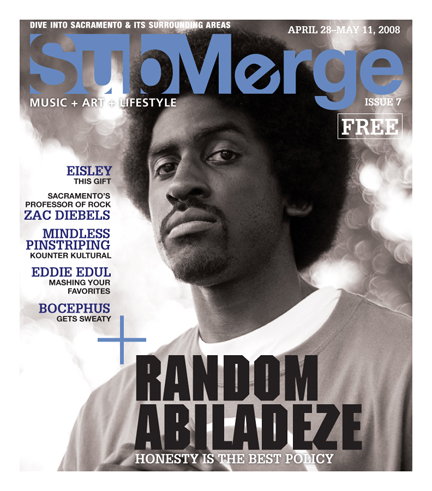