It’s Never Too Late for a Debut • Ryan Thompson & the Delicate Hounds: From playing Honkytonk to Pulling Heartstrings 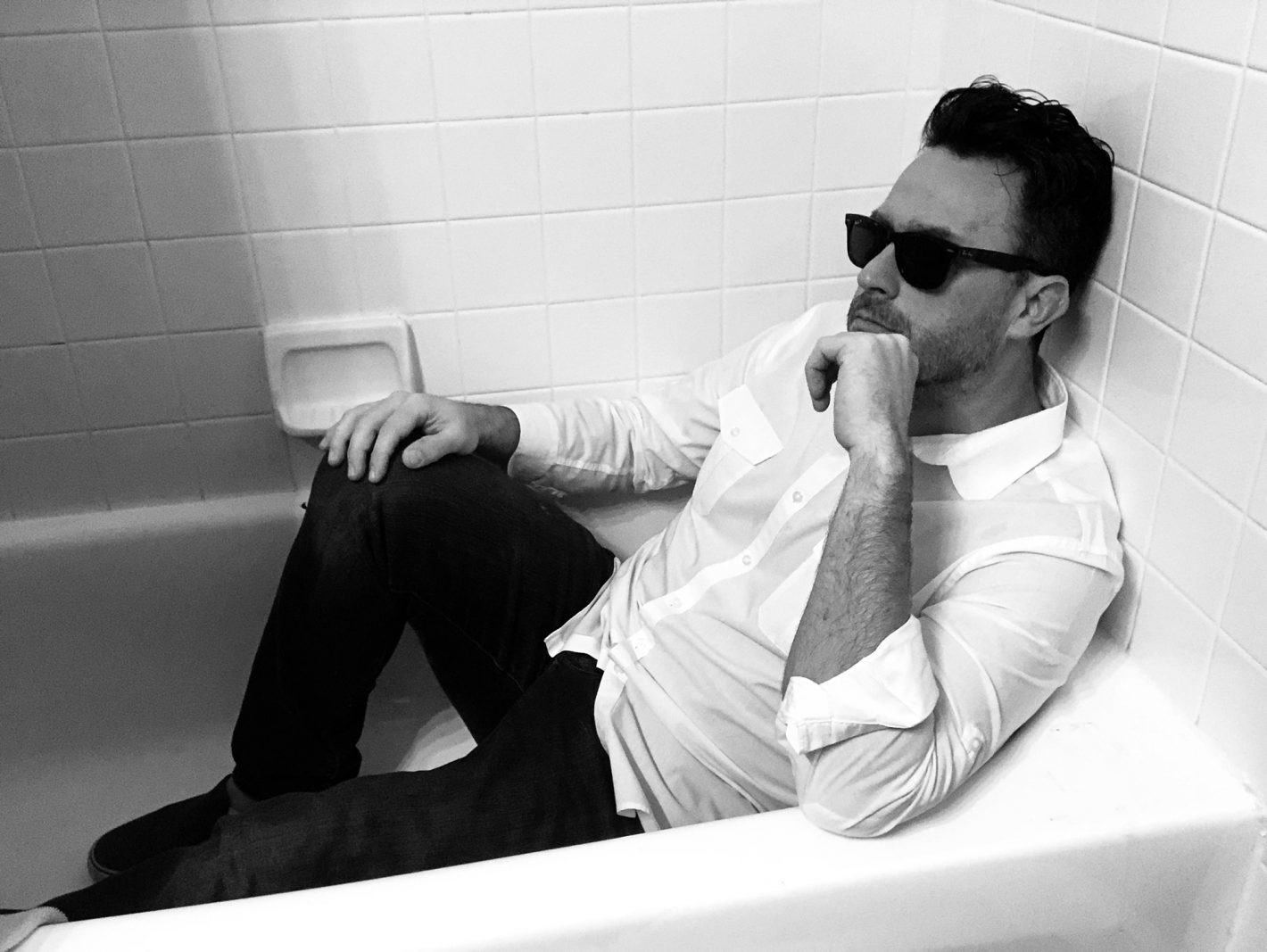 Instead of chasing a career as a musician, a young Ryan Thompson decided to focus his attention on building his new business to support his soon-to-be growing family.

“I was 21 when we got married, and my wife and I have been married for 23 years,” said Thompson. “We’ve been together since high school, so yeah we just decided to jump right into having a family while a lot of people my age were playing music.”

While focusing on his family, Thompson’s interest in music lessened.

“There was a long period of time when I didn’t do music,” Thompson admits. “My wife and I were married for a couple of years. We had our first daughter when I was 24 and our second when I was 27. I mean, I always kind of wrote and played around but wasn’t serious about it.”

Thompson eased his way back into making music with friends, which eventually led to the formation of the honkytonk bar band, Million Dollar Giveaway. It wasn’t until his recent trip with his Million Dollar Giveaway bandmate Tyler Kinney to visit his mother-in-law in Mexico that Thompson felt his songwriting pulling him in a new direction.

“We spent about a week there, and we just recorded. I had all of these songs that I had been writing. We had recorded a few of them and Tyler was like, ‘Wow, those are different,’” Thompson recalled. “The one that stood out was ‘Waiting on a Ghost.’ I think we played it a couple times as a band but never very well, and it never really materialized the way I wanted it to. We recorded it in Mexico as a demo, and I sent it to my wife and she said, ‘That’s a beautiful song.’ You could feel there’s something different about it. That was the catalyst for everything else kind of taking on that ambient sound.”

And with that change in writing comes Ryan Thompson and the Delicate Hounds’ debut album, Waiting on a Ghost. For this new direction, Thompson turned to Max Hart (War on Drugs, We Are Scientists) to help shape the album. Thompson met Hart, who is originally from Davis, at a local show and quickly sent him some demos.

“We collaborated a lot, but really, I left a lot up to Max from a production standpoint, and it was kind of neat that it happened that way,” said Thompson. “I wrote all of these acoustic demos and thought this was going to be a really stripped down, sad type of production.”

But in actuality, the album explores all types of genres anchored by Americana. The years of being away from music allowed Thompson to grow as a person while creating new experiences and stories.

“Million Dollar Giveaway songs were about drinking and partying—honkytonk stuff,” Thompson continues, “but this was the first time I started writing stuff that actually meant something. For me, as I get older, I spend a lot of time in my head and think, ‘How can I be as honest as possible without making it only about me.’ If you think about it, when you’re older, you have way more experiences to write about. So, if you’re a songwriter, writing comes easier because you have something to actually say, to relate to and a story to tell.”

Thompson bandmate and guitarist Nick Carvajal’s influence could be heard on Waiting on a Ghost, as well.

“His influences are, like, The Smiths, and he’s a huge punk fan,” Thompson said. “I had all of these honkytonk songs I was writing, and he would put this strange juice on them or something. He plays guitar on this album on over half the songs. The studio band was Max Hart on the keys and synths, and then two studio musician friends of Max played bass and drums.”

Thompson also includes his family in his musical endeavors. He will run songs by his daughters when he’s working on them, and his oldest daughter Victoria, who was in the Sacramento Children’s Choir, can be heard singing backing vocals on Waiting on a Ghost.

“My daughters are both into the music thing,” he said. “They’re probably tired of hearing my songs because I’ve been playing them for years, but I think they think it’s cool. Especially with the new album and the fact that I’m getting more publicity. I showed them that a couple singles got picked up in various online publications.”

Once the album was complete, Thompson then had to assemble a live band and relearn the songs, which he admitted felt a little strange.

“I made the album a year ago, so when we got together to start playing these songs live, it was almost like learning someone else’s songs because I haven’t really played them,” said Thompson. “I was done recording my part by March of last year, then Max and I worked remotely off and on for months. Recording this album was different. Doing an album first and now learning it live is interesting. We have to try and live up to what we created.”

One of the catchiest songs on the album is the opening track, “Stop,” which represents Thompson’s musical transition.

“We’re pushing ‘Stop’ right now, which is kind of weird because it’s probably the most indie rock of all the songs on the album,” Thompson said. “I wanted that to be the first song because it was a very clear delineation of the music I was making in the past and what I am doing now. From there, the rest of the album falls a little more into country, rock and Americana.”

While talking to Thompson, it is easy to see how passionate he is when it comes to expressing himself through songs.

“I just really enjoy writing the music,” Thompson exclaimed. “I’ve just always written and kind of been able to construct a pretty decent song, and then I’ve been fortunate enough to be able to surround myself with really good musicians that can help me bring my music to life.”

When Thompson has a vision, it seems hard to discourage him from making it a reality. Especially in the world of music.

“I don’t put a lot of limitations on myself, and music is one of those things I think if you have a good idea and you can execute, you should be able to pull it off,” he said. “I think a lot of people spend a lot of time not doing what they want to do because of fear.”

Like a conductor, one of Thompson’s strengths is to seek out the best musicians and producers he can to help make his vision become a reality.

“In the context of my music, my role is to come up with the ideas, come up with the words and chord structure, then work with really talented people to help make it the best it could possibly be,” Thompson said. “Making this album with Max was like a dream come true.”

Ryan Thompson and the Delicate Hounds will be one of the many great bands playing this year’s Torch Fest at Torch Club (904 15th St., Sacramento). Torch Fest 2019 is May 24–26. Other bands who will participate in the weekend-long festival will be 50 Watt Heavy, Grateful Bluegrass Boys, Smokey the Groove and others. For more info and a full lineup, go to Torchclub.net. Ryan Thompson and the Delicate Hounds will perform on Friday, May 24.