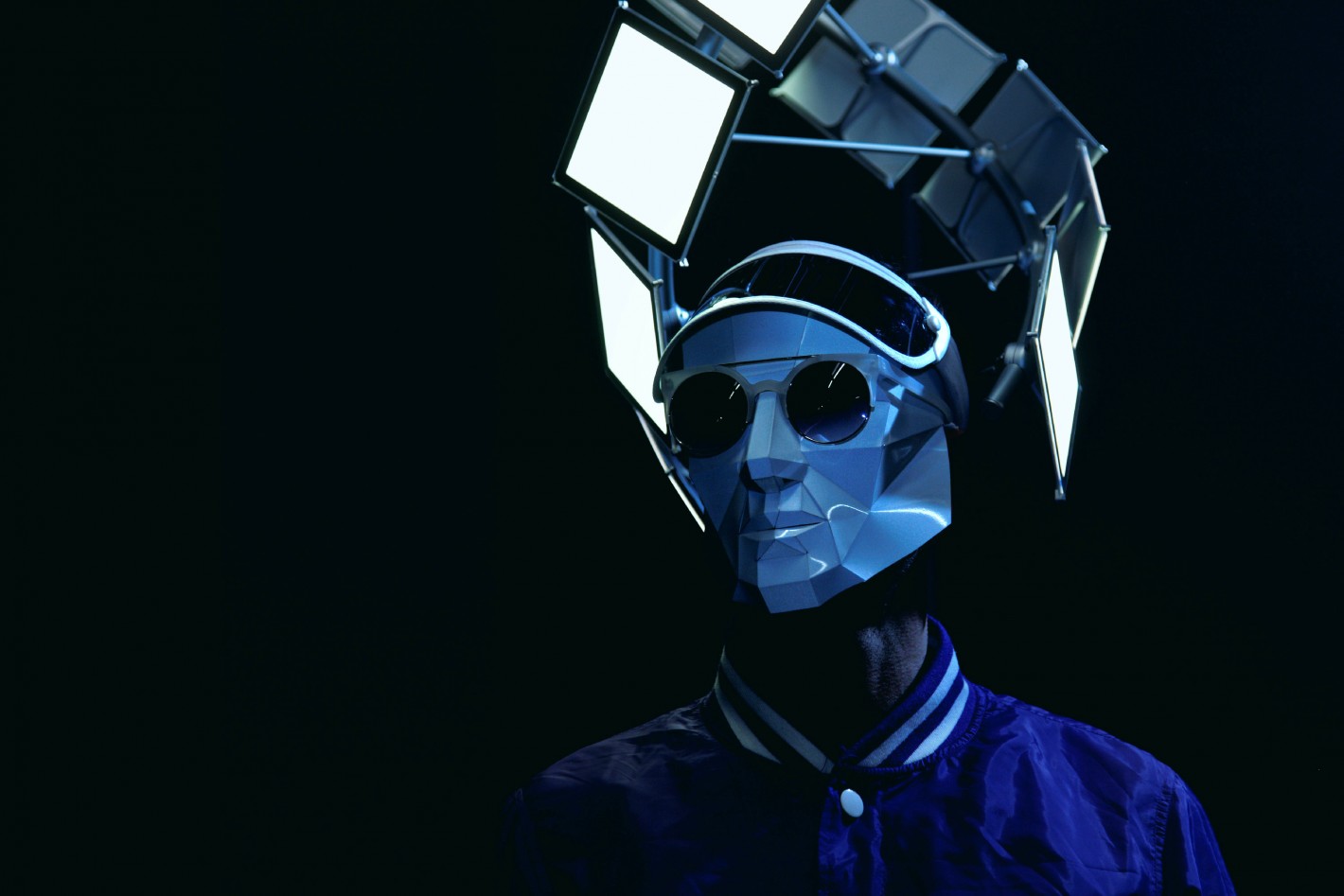 It’s an immediate sensation the first time you listen to “One More Time” by Daft Punk. Past the hype, past the ubiquity of the song and past the 15 years since, there’s a feeling in the song of escapism: that the past was solely composed of these never-ending nights of sweat-soaked revelry, and the future is anything you want it to be. Tim Bernhardt of German house band, Satin Jackets, wears the comparison to that iconic French band proudly, and acknowledges that the artistic similarities go deeper than a preference for tasty vibes and on-stage masks.

“Daft Punk in the mid- to late ‘90s had a huge impact on anyone who listened to house music back then,” Bernhardt says. “Kids didn’t have the smartphones to take video or get texts saying, ‘Oh there’s another show here or there.’ Back then it was simpler in a way and frankly they were the best parties I’d ever seen. We just partied the hell out of it.”

It’s nearly impossible to listen to Satin Jackets’ disco and funk-tinged lead single, “You Make Me Feel Good,” without reminiscing about some bygone romance or watching a summer sunset with some good friends. This is partially due to the brilliant guest vocals done by Los Angeles band Scavenger Hunt, but the smooth and crisp production behind it is really what makes you want to party the hell out of it, like it’s 1999 all over again.

This seems to be the international consensus as Satin Jackets has racked up nearly 10 million plays on Spotify and has attracted the attention of Majestic Casual and Hype Machine. The band is gearing up for a tour of the United States and Mexico in May on the strength of their debut album Panorama Pacifico, but Bernhardt still seems surprised by the single’s success.

“People email me all the time talking about where they listen to it: jogging at the beach, working out, driving, studying,” Bernhardt says. “The song really touches them, it does its job. It makes them feel good.”

Bernhardt started Satin Jackets about five years ago as a side project from his normal producing duties. He began to receive some booking inquiries for various shows, so he reached out to a good friend of his, Den Ishu, to handle the live performances. Bernhardt writes the music and Ishu puts the song stems into the Ableton mixing software, takes along some synthesizers and other effects, and rearranges them all for the club while performing in the special “Mr. Satin Jackets” mask.

“People get closer, marveling at the character in the mask and it creates this new level of relationship between the audience and the performance,” Bernhardt says. “It’s not about being the star or Dennis or Tim, it’s about the music.”

The anonymity also allows Bernhardt some small perks like not being hassled by fans, and even being able to go to his own shows unnoticed.

“Sometimes I go incognito. I mingle with the crowd and no one even knows. I can be a part of it without the spotlight on me. It’s something I really enjoy doing,” Bernhardt says.

For Bernhardt, it’s always just been about making the music he wants to make—no touring, no fame, just the opportunity to share what he loves to do. And what he loves to do is make some dance hall bangers with shimmering, beautiful pop hooks.

Beyond the Daft Punk comparison, Bernhardt points to most of the ‘80s and ‘90s German deep house scene as an influence on his music. Producers like Trevor Horn and labels like Strictly Rhythm and Henry Street Music inspired him to create this style of music and so now he’s meticulous about paying homage to his idols in just the right way. 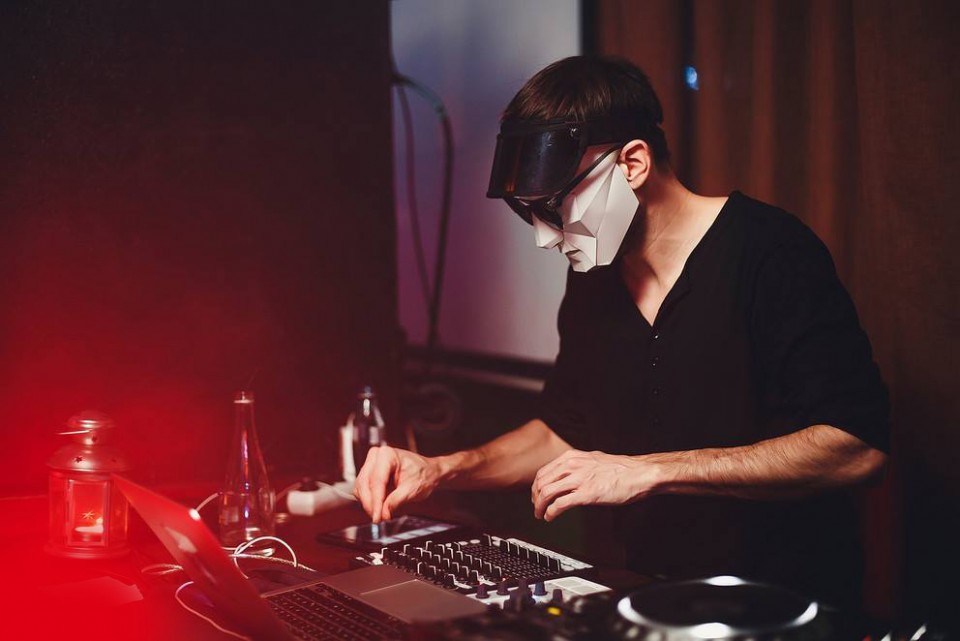 Bernhardt will take anywhere from weeks to months buffing certain tracks to a glistening sheen: the beats, mixing, arrangement, even the vocal hooks that might be coming from the other side of the world. It’s a painstaking process, but Bernhardt still enjoys the collaboration.

“We bounce ideas back and forth over the Internet and it takes time to develop, but at the end of the day the hook, the chorus, has to be on point. And I’m always happy to let the vocalist do what they’re best at. If some vocalist has some great lyrics, I’m not the guy to change it around a lot unless they really need to be changed,” Bernhardt says.

Australian, Belgian, English, Greek and American musicians all have credits on Panorama Pacifico, so it’s no surprise that Satin Jackets has toured more than 30 countries, though Bernhardt is still content to keep the show confined to a DJ booth.

“We’ve been experimenting with the idea of touring with me playing the keyboard on stage, maybe incorporating a vocalist or percussionist. But a band at a concert venue is a different thing. We don’t want to lose our roots because we both came from club music and dance parties. Satin Jackets is more pop, but we never want to lose our connection to the dance floor,” Bernhardt says.

This anxiety seems wildly unfounded as it’s difficult to imagine Satin Jackets playing anywhere, and not turning it into a dance party. This is the kind of music designed for listeners to get lost in: a mix of M83’s “Midnight City” groove, the vulnerability of Nicholas Refn’s Drive soundtrack, and a bit of lust for life and love.

“How can you describe it other than feeling it? There are the key moments you had when you were going to parties, the experiences you had listening to music as a kid or a youth, of course these things you pick up and keep in your heart forever. These are the things you strive to recreate as an artist,” Bernhardt says.

For some, the synthesizer signaled the beginning of the end for “real music,” or music played with a guitar or a drum kit, but Satin Jackets is an example of an artist making very real, personal music with electronic instruments. The beats may be looped, chopped or screwed but there’s a very real human element if you read between the lines, and Bernhardt can point to it simply.

“It’s something that just feels good. It makes you happy. Gives you these little goosebumps and it’s a moment when you forget about everything else and you’re just there in the moment. In its essence, somehow, I think that’s the idea of house music.”

Satin Jackets will be keeping the good vibes flowing and the dance floor crowded when they come to Sacramento for THIS Midtown on May 14, 2016. Strap on your dancing shoes, grab a beer, and come lose yourself in the groove. The event takes place on 20th Street in between J and K Streets. For more info, go to Facebook.com/thismidtown.