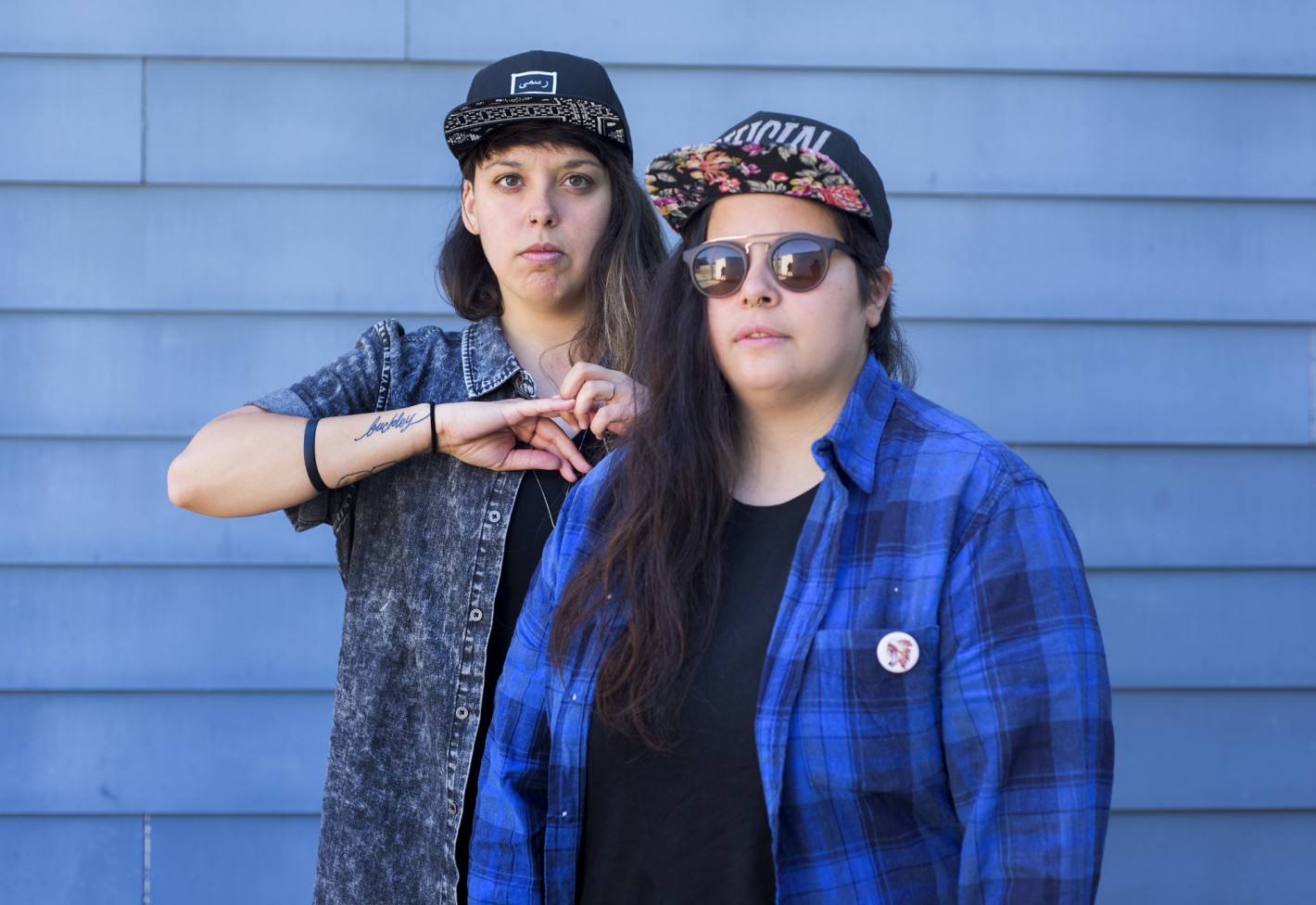 Last week the popular Sacramento electronic duo Sister Crayon announced they’ve signed a deal with one of the most influential major labels of our time, Warner Bros. Records. The signing sees Sister Crayon join a stacked WBR roster including fellow Sacramentans Deftones, as well as Built to Spill, Blur, Death From Above 1979, Foals, Gary Clark Jr., Green Day, Muse, Red Hot Chili Peppers, Tegan and Sara, The Flaming Lips and many other global acts. In the wake of the big news, Submerge caught up with Sister Crayon singer Terra Lopez just days after the ink dried.

Now that it’s been a few days since you guys officially announced the signing, how are you feeling? Are things still feeling sort of surreal, or has it really settled in that you guys are now on a major label?
It’s been a surreal week for sure. It feels like a dream most times but it also is now starting to settle in now that we have announced it. The city’s support and response has been completely overwhelming. We knew Sacramento has always supported us but we had no idea the city supported us this much. I truly feel like the whole city is with us on this journey and this signing is for us all here, you know? It feels that way … I went into the Warner Bros. offices last week and finalized everything and met with some of the team there and it suddenly clicked that we were really doing this. I cried as soon as I got home and called my mom right away. The team at Warner is fucking incredible. A dream, really. Our A&R rep, Samantha Maloney, is incredible and it’s such an honor to work with not only such an amazing artist herself but also she’s just such a good person. We really got lucky with that. The rest of the team at Warner has been so supportive, so incredible. We’re just so grateful. I can’t keep saying it.

When can we expect Sister Crayon’s Warner Bros. debut? And will it be a re-release of Devoted or will we be getting all new material? Can you hint at what fans can expect?
I can’t disclose much information right now but it will be a mixture of material previously released as well as brand new stuff never heard before. Fans should expect it in the fall! It will be a full-length on WBR.

Anything else you want to say or get off your chest? Whether about the band, all your hard work and paid dues, the hometown love for Sac, etc.
Dani [Fernandez, Sister Crayon beat-maker] and I just want to thank Sacramento for supporting us for over eight years. Sacramento was selling out shows of ours back in ‘09. I mean, it’s just insane that this city has stuck with us and championed us for all these years. We love this city and cannot wait to represent Sacramento in everything we do. I guess, this just shows that you really can achieve anything you want to if you just stick with it. It sounds so cliche but we are living proof of that. We still have so much to do, we haven’t even scratched the surface of what we would like to do but we kept going. There were so many times it seemed impossible, barely making rent, living in walk-in closets just to be able to keep rent low so we could afford to tour, etc. And getting here certainly had its fair share of sacrifices and it has not been easy. It won’t be easy but if you love something and think about something every day you wake up, you have to do it no matter how hard it is. We are proof that it will work if you keep hustling.

Catch Sister Crayon touring with Deftones and Yelawolf this summer. The tour hits the Greek Theatre in Berkeley on Friday, Aug. 26, 2016. Keep up with the band by following them on social media at Facebook.com/sistercrayon and/or Twitter.com/sistercrayon.