Where Will They Go From Here? • So Stressed Sounds Off on Their Explosive New Album 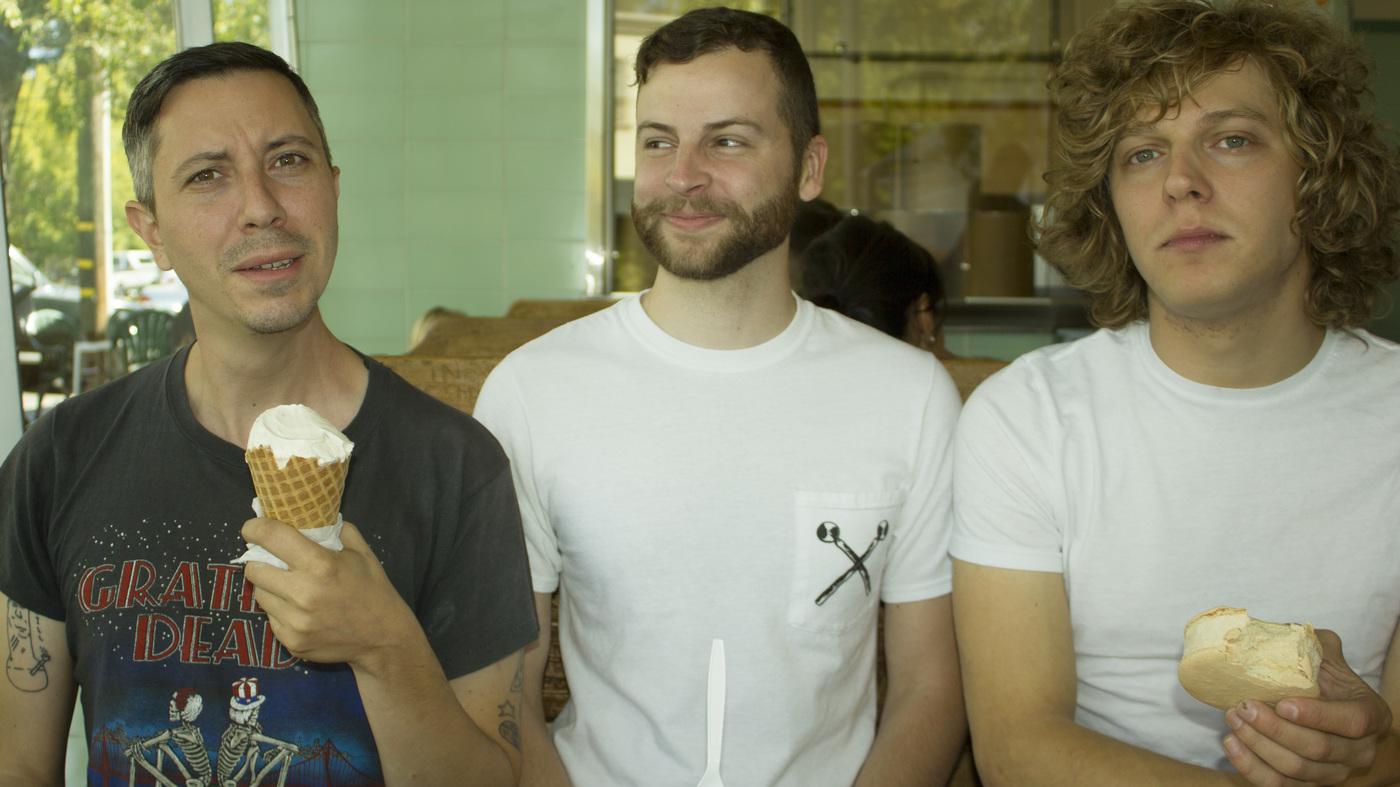 If you’re in need of a little catharsis, might we suggest a listen to So Stressed’s third LP, and first for Los Angeles-based label Ghost Ramp, Please Let Me Know. Abrasive, unrelenting, yet surprisingly catchy, this 10-song journey through various levels of vitriol is just begging to be played loud, but as Submerge found out in a recent interview with So Stressed guitarist Andy Garcia (a regular contributor to our magazine) and drummer Kenneth Draper, Please Let Me Know may be more of a snapshot of what the band was as opposed to where they may be headed in the future.

Released on Feb. 17, 2017, Please Let Me Know was recorded in Sacramento with Pat Hills. Though it just came out, Draper tells us that the Sacramento noise punk trio (sometimes joined by Karlos Rene Ayala) finished the album “more than a year and a half ago.”

“There was confusion with Honor Press,” Draper says of the band’s previous label, which released So Stressed’s 2015 album The Unlawful Trade of Greco-Roman Art. “We weren’t sure if they were going to put it out or what the state of that label was.”

Draper says there was no ill will between the band and Honor Press. He says So Stressed met Ghost Ramp’s label head Patrick McDermott after they played a live show in Los Angeles, where he expressed interest in “what we had going on, if we had any new material.”

“I just think [Honor Press] was in a holding pattern, and the record just wouldn’t come out at any point in the foreseeable future,” Garcia goes on to explain about the band’s decision to leave Honor Press for Ghost Ramp, home to bands such as Wavves. “We didn’t make any rushed decisions.”

The result of the lag between completion and release seems to put Draper in a strange predicament. On one hand, he and Garcia are excited to have the album see the light of day—as well they should be. Fans of loud, fast punk rock will find a lot to like here. Garcia’s guitar has an almost shark-like bite, tearing through these 10 tracks with unerring ferocity. Draper’s drumming follows suit, providing a beautifully chaotic concussive backdrop for frontman Morgan Fox’s bombastic caterwauling. “The King’s Wig,” for example, is just over three minutes of glorious entropy, slipping from passages that are almost ethereally melodic to breakdowns so savage that they border on intimidating.

However, Draper also says he feels a bit of “estrangement” to his band’s latest release.

“We finished it, and enough time had passed that I forgot that it existed,” he explains.

“I feel like I-slash-we are in a totally different place now than we were when we wrote this record and recorded it,” Draper goes on to say. “It’s cool that it’s out, and that it’s out in the world, but I feel a weird detachment from it because it’s been sitting around for so long.”

Draper reports that the band already has a new album done that he hopes will be released in the “next year or so” that showcases a different sound from Unlawful Trade … and Please Let Me Know, but he reserved the right to be mum on the details for now. In the meantime, feel free to disturb your neighbors with one of the most exciting local releases you’re bound to rock out to in 2017. 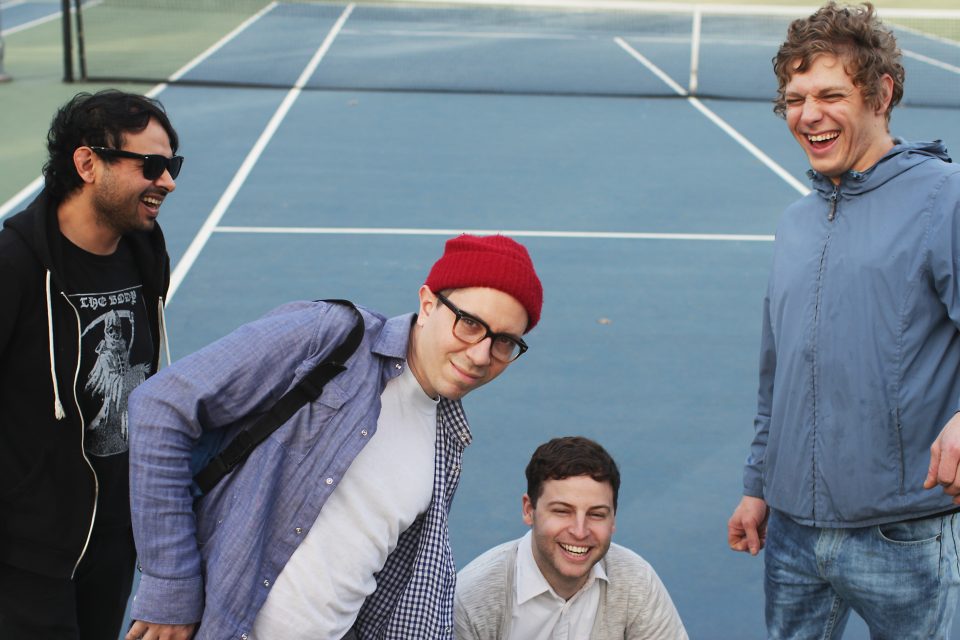 You mentioned you’re in a different place now, where were you creatively when you were writing and recording Please Let Me Know?
Kenneth Draper: I guess writing that just felt like a continuation of the kind of stuff we were writing with Unlawful Trade … I’m not that happy with Unlawful Trade … I don’t feel like we accomplished—or, I don’t feel like that’s a good representation of what we’re trying to do. I feel like this record is. As far as how I feel about this record now, I feel like we were trying to do something with abrasive or aggressive music, and I think we did it with Please Let Me Know, and I think Unlawful Trade … fell short. But I’m talking about detachment now. I feel weird about making rock music. I think it’s weird that we did it for so long. I don’t know that any of the three of us identify a whole lot with abrasive music or rock music so much. I don’t listen to it very much. I don’t know what’s going on in punk music or hardcore music. I know Morgan doesn’t either. Andy, you listen to rock music, right?
Andy Garcia: I listen to some punk. I mostly listen to Northern soul and jazz.
KD: I guess the weirdness of it is having two rock ‘n’ roll records and not really identifying with that kind of music and not having been conscious of that at the time of writing them. I guess at this point, if we were to make music now, it probably wouldn’t be a rock record. It would be something else.

Why do you think the past two records came out really loud and abrasive? Like, when I listened to the first track of Please Let Me Know—because I do like rock music and I grew up in the ‘90s—I was brought back to Nirvana’s Bleach. Maybe that’s my personal bias because I really like that record, and I really liked yours as well, but it felt like it came from a place that this was the kind of sound that the band members were steeped in and fond of.
KD: I think we all come from a place where we marinated in rock music. It’s not that I dislike it, but it’s not my first choice of something that I would want to make on my own. I know Morgan feels the same, and Andy probably feels the same. But as far as the three of us making music, I feel like the last two records were a product of what we’re able to do. I think we’re all pretty limited in our capacity to produce the kind of music we’d like to produce as a trio … It’s fun music to play, and it’s fun music to make. It’s not like any part of it was painful or counterintuitive, but it’s just sort of the product of three people getting together and doing what they can [do] with their instruments.
AG: I’ve seen the comparisons with Spazz and No Trend, but those are just attempts—not in a bad way—to categorize the kind of music that you are. I never really listened to Spazz. I don’t really know what they sound like, and No Trend, I had to look up. I feel like our experiences that other people interpret aren’t really our experiences. I think we just liked making noisy music for a while.

When I was reading a lot of what had been written about you in the press, Spazz was a pretty universal comparison …
AG: I can definitely identify more with Nirvana than I can with Spazz. I loved Nirvana growing up, and I still like them.

Andy, before you mentioned you listen to a lot of jazz. I was watching a clip of you live at the Ghost Ramp store in Los Angeles, and it seemed like you and Kenny have an almost jazz player-like chemistry with one another. Do you feel like you have that kind of chemistry with one another?
AG: I definitely pick up off of what Kenny’s doing. I just try to give him room to go where he wants to go and I just try to fill in the space.

Kenny, I read a quote from you in an interview where you said, “Playing music and spending time with Andy J. Garcia has been, and continues to be, a weird and exciting experience.” Is that still the case?
KD: Yeah, I’ll probably just leave that comment be. I think it’s more interesting that way.
AG: The dude who asked us those questions seemed like he didn’t dig us at all. It kind of feels like it in that article. Maybe I’m wrong, I don’t know. It just had a really weird vibe to it.
KD: In regards to what I think your question is … I think a lot of the collaboration and the work is done in the writing of the songs, and then once the song is written, we’ll just barrel through it if we’re performing it live, and usually one of us will mess something up. It’s just a matter of barreling through the song and sort of listening to what everyone else is doing, but also remembering your part and if you mess up, you have to try and figure out how to put things back together. I guess some jazz musicians play that way, but I don’t feel like there’s a super tactful element of improvisation, per se. I feel like it’s more doing whatever you want and trying stuff out, and if it goes wrong, you try to put it back together. But maybe in a roundabout way of speaking, maybe that is what you’re talking about.

It’s interesting when you said earlier that you’re playing music that’s within your capabilities. Is there a level of frustration there that comes out in your music, like how aggressive it is? You’re yearning to express something that’s not just coming out the way you want it to?
KD: Maybe … I don’t know. I never thought of it that way. Maybe that’s going on and we’re just not aware of it.
AG: Yeah, I’m not aware of things a lot of the time.

As of this writing, So Stressed didn’t have a Sacramento-area show lined up, but Please Let Me Know is available for purchase through Ghostramp.com or Sostressed.bandcamp.com. Stream the album via the player below.