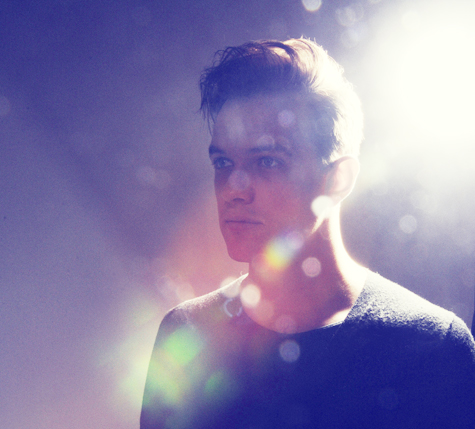 St. Lucia’s Jean-Philip Grobler has led a wanderer’s life. The South African born singer/songwriter spent his late childhood/early adolescence traveling the world as a member of the Drakensberg Boys Choir. Though he now calls Brooklyn, N.Y., home, he continues to lead a mobile existence. Submerge caught up with Grobler in our nation’s capital, just a couple days after playing to a packed crowd in Toronto.

“We sold out the venue, our first night there,” Grobler said of his show north of the border. “The thing that kind of sucks about being on tour–it’s kind of a good and bad thing–is that you get to go to so many places you’ve never been before, but you don’t really get a chance to see them. It was great, the crowd was great and the venue was awesome, but I just wish I could have seen more of the city.”

It’s busy for the band now, but St. Lucia’s touring schedule will become even more hectic in the New Year. The band will play dates in support of Ellie Goulding’s North American tour.

“The longest we’ve been on tour has been a month, and we had a lot of free days during that tour,” Grobler said. “But this one is going to be full on, every day, traveling at least six hours. I’m anticipating it with excitement and utter dread.”

Though singing in the choir may seem like a wildly different experience than fronting an up-and-coming electro-pop act, Grobler admitted that his life on the road with Drakensberg prepared him for what he’s doing now. Perhaps it’s not so surprising considering that this occurred during the most formative years of his life. Grobler was just 10 when he started with the choir and finished his stint with them when he was 15.

“It was this crossover period between my childhood and my adolescence,” he said.

Like most teenage boys, he was eager to rebel against the things he knew. Grobler said he was one of the first people he was in the choir with to start a band.

“I feel like I have this natural personality where I see what’s going on around me, and I just have this urge to fuck with it,” he said.

“As I started becoming older, I started getting into stuff like Radiohead, and all the choir stuff just seemed so regimented to me,” Grobler added. “I had this urge to break out of it, so I started a band. In a way, I guess that fed into what happened with this.”

As we learned through our interview, it was the same sort of against-the-grain attitude that fueled the musical direction of St. Lucia, though in a slightly different way. So far the band has released two EPs, a self-titled collection of intoxicating dream pop, which came out on Neon Gold in March 2012, and September, an EP-length single (featuring the title track and a handful of remixes of it) came out in September of the same year. A full-length is in the works, but before that, check out what Grobler had to say about life on the road and the considerable journey that brought him to the electronic music paradise that is St. Lucia.

Things are really picking up for you now. You’re on a good label with Neon Gold, and people are starting to recognize your music more. Is it like how you feel about the Ellie Goulding tour–equal parts joy and dread?
In a way it is. It’s amazing for someone like me who sat in a studio for years and years trying to figure out what the fuck I’m doing musically, and then for people to suddenly be taking notice, it’s a great feeling. But it’s a complex thing, because on the one hand, it’s amazing and exciting, but on the other, the fact that people like it puts pressure on me to make the next thing really good. You can never know if people are going to like it until they listen to it and it’s released, you know? Now my time is just so full of doing stuff other than doing music, like–um–interviews [laughs]. It’s both good and bad, but I think everything in life is like that. I think the fact that I’m doing what is my passion–music–and I’m spending all my time doing that is amazing. I couldn’t hope for anything more than that.

I saw a picture of your live setup on your Twitter feed, and it looks like a pretty traditional rock/pop setup. From what I’ve heard, your music sounds really dreamy and electronic. Is the sound live a lot different than what people are accustomed to on the recordings?
I don’t think so. I’ve heard people saying it’s very similar to the recording. We play as much of the stuff that we can live, and I’m blessed to have a lot of great musicians who play with me. I would say it’s different, but I try to take it as far away from “guy on laptop” as possible.

You’re originally from South Africa, but you traveled all over as a kid. How has that prepared you for what you’re doing now?
It’s funny, because earlier I was saying to the guys in the band that I’ve realized that the way that it feels doing this with the band is almost identical to how it felt with the boys’ choir, except now there’s alcohol involved and people can go home with other people at night. It’s very similar, and in a way, I think it gave me stamina for this, because I can easily sit through a 10-hour bus drive, squashed next to other people, and have no problem with that. I can just listen to music and not get bored. I think that’s probably the influence, and I’m also open to new experiences and trying new things.

Before you mentioned that you were sitting in your studio for years trying to figure out what to do. Did you have an “ah-hah!” moment that pointed you in this direction?
I think it was a gradual dawning, I guess you could say. It took a while. The stuff I used to do was more rock-based, more overtly influenced by Radiohead, that kind of stuff. Just being in New York, and that being the epicenter of the whole indie explosion that happened over the last decade, it started to feel to me that things were getting too precious in a way. There are a lot of bands in that scene that I loved, but I think I just started to get tired of trying to be that way. I just started listening back to a lot of stuff that I was influenced by when I was a kid–stuff that my parents would listen to or would be on MTV or whatever, like Lionel Richie, Phil Collins, Michael Jackson or Earth Wind and Fire. Something about the super positive and really over-the-top, flamboyant quality of that music seemed really refreshing to me at that point when it seemed like everyone else was trying to be small and weird…which is cool! I really love a lot of those bands, but this was something else that I hadn’t explored yet that I should maybe just take a look at it because it’s so ingrained in my consciousness. Just from listening back to that stuff, it just started emerging in my music. It was just a gradual thing where more and more of the stuff I was writing came out in that style. It wasn’t like one moment where I was like, “Yes!” or whatever.

There’s a full-length album in the works, right? I’d heard it was supposed to come out this year, but has it been pushed back?
What happened was there’d been a few mix-ups, like certain delivery dates were promised to the label, which I wasn’t privy to, but at the moment, it’s looking like the full-length will be out April/May next year. I’m working with Chris Zane, who produced the most recent Passion Pit album and the Holy Ghost album. We’re finishing up a couple details here and there and tying the whole thing together, because I think just by the nature of doing the whole thing by myself, I think it’s natural that you kind of miss things here and there. It’s good to have an outside opinion, and we’re also getting some alternate mixes on a couple of things, but it’s pretty much done. All the songs are there, all the parts are there, we’re just ironing out the creases.

Now that you’re touring and will be for a good part of next year with your band, is there any inclination to get them more involved in the creative process?
For me, I’ve been doing it for so long the way I’m doing it now, it just seems very natural for me to go to the studio and do it by myself. I have a very ironed-out process of what to do to bring something to life, but like you said, just because we are going to be on the road so much together, and everyone I play with is such a talented musician, someone is bound to play something that will spark something and something will happen. I don’t want to force it.

Your wife Patricia Berenek is also in the band. Do you often bounce ideas off of her?
She’s definitely a very big part of the whole thing… Her opinion affects the way I see things. But she’s not always in the studio every day. I think it’s good to have that separation.

You’ll be playing New Year’s Eve in Sacramento. Do you typically enjoy New Year’s Eve?
To me, I just hate it when I feel like I should be partying more than other nights on New Year’s Eve. I just want it to be a normal night, and if I get tired, then I can go home. Sometimes I hate it, but when it’s natural, and everything flows, and you’re just surrounded by good people, then I love it. It’s great.

Would that be your tip to enjoy yourself on New Year’s Eve? Just to not put any undue pressure on yourself?
For me, yeah, but some people need that pressure. Or they just need to go [roars] and go crazy!

Catch St. Lucia at LowBrau in Sacramento (1050 20th Street) for a New Year’s Eve party you won’t want to miss. For just $20, you’ll get a midnight toast, party favors and plenty of entertainment. St. Lucia will help you countdown to 2013, and top DJs (Whores, Shaun Slaughter and others) will keep the party going till 2 a.m. Doors open at 9. St. Lucia will also be part of the Snow Globe Festival in South Lake Tahoe. The band will play day two of the festival (Dec. 30).