Burnished by Fire • Ahead of Full-length Debut, The Gold Souls Drop the Lowdown on Grooving Through the Tribulations of Modern Life 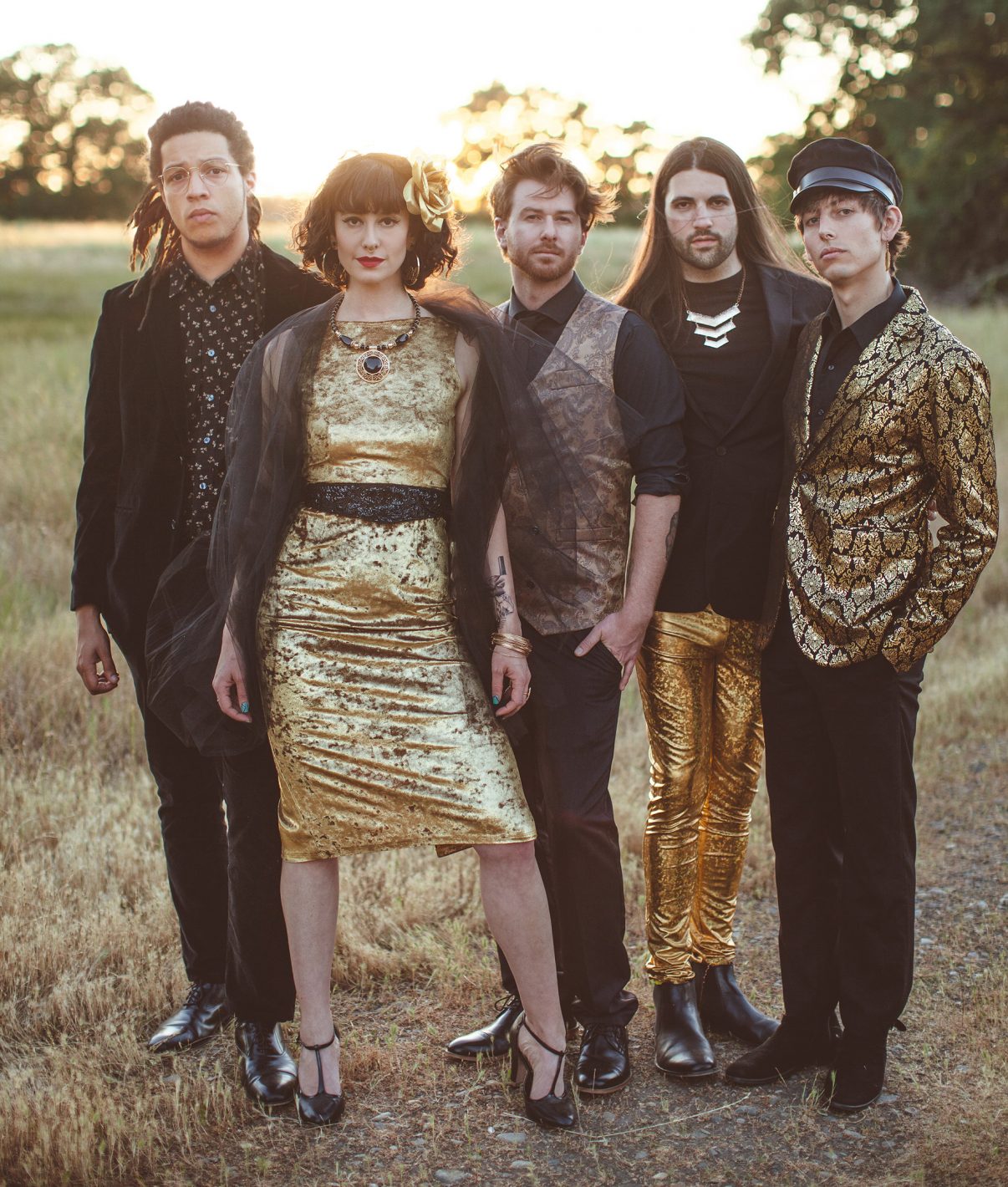 The raw, beating heart of funk, soul, jazz and hip-hop—all of which the furious Sacramento five-piece known as The Gold Souls have incorporated into their style—has always been the blues. Blues and its far-reaching tendrils have defined pop music in the last century, but it is not of pop. It can make you dance, it can speak to your inner being, it can heal, but it always deals with pain on some level, existential or otherwise. Through the wide branches of its influence, it continues to speak to the artist’s eternal conflict between escaping and confronting the abyss, and although the layers of time have polished it and its offshoots with a mellower, safer reputation, there is always the yearning, fearless voice within it that dances along the dire edge of life. That’s where The Gold Souls come in, crafting good-time music while never losing sight of its implications about life, the self and the soul.

“With funk, you get an immediate reaction,” says Severson. “It grooves and all that, it lets the lyrics sit. But also, I think it reflects how people go about their day greeting each other happily when they might really be dying inside. It’s all socially masked in not wanting to cause too much friction, and nobody wants to talk about how they really feel about things. With funk you can put it all under this fun, jovial layer.”

The new degree of honesty that characterizes so much of our discussion in the era of sharing is, with no exception, a central feature of The Gold Souls’ ethos. But you might not guess it while listening to sultry numbers like “Take it Easy,” a breezy neo-soul daydream reminiscent of Erykah Badu; or more uptempo jams like “Hunger,” a majorly danceable album-finisher that slyly deals with the difficulty of putting off romance in order to achieve the self-betterment needed to sustain it in the future. Both tracks are highlights of the band’s forthcoming debut, Good to Feel, a definitive introduction to The Gold Souls that covers the variety of their influences while also telling a loose story of loss in confidence and gain in character.

“That tune ‘Hunger’ is all about taking time to make sure you’re OK,” says Thompson. “The whole album is kind of a journey towards that. It starts with this confident, no-nonsense character who is self-assured and feels like they know what’s going on. And then, they start going through shit—life starts happening. The depth of the songs increase as it goes on. We noticed some common threads in the songs and tried to tailor the track order to tell a little bit of a story.”

Recently we sat down with all band members (sans Hevesh) to get at the roots of The Gold Souls’ style and outlook. 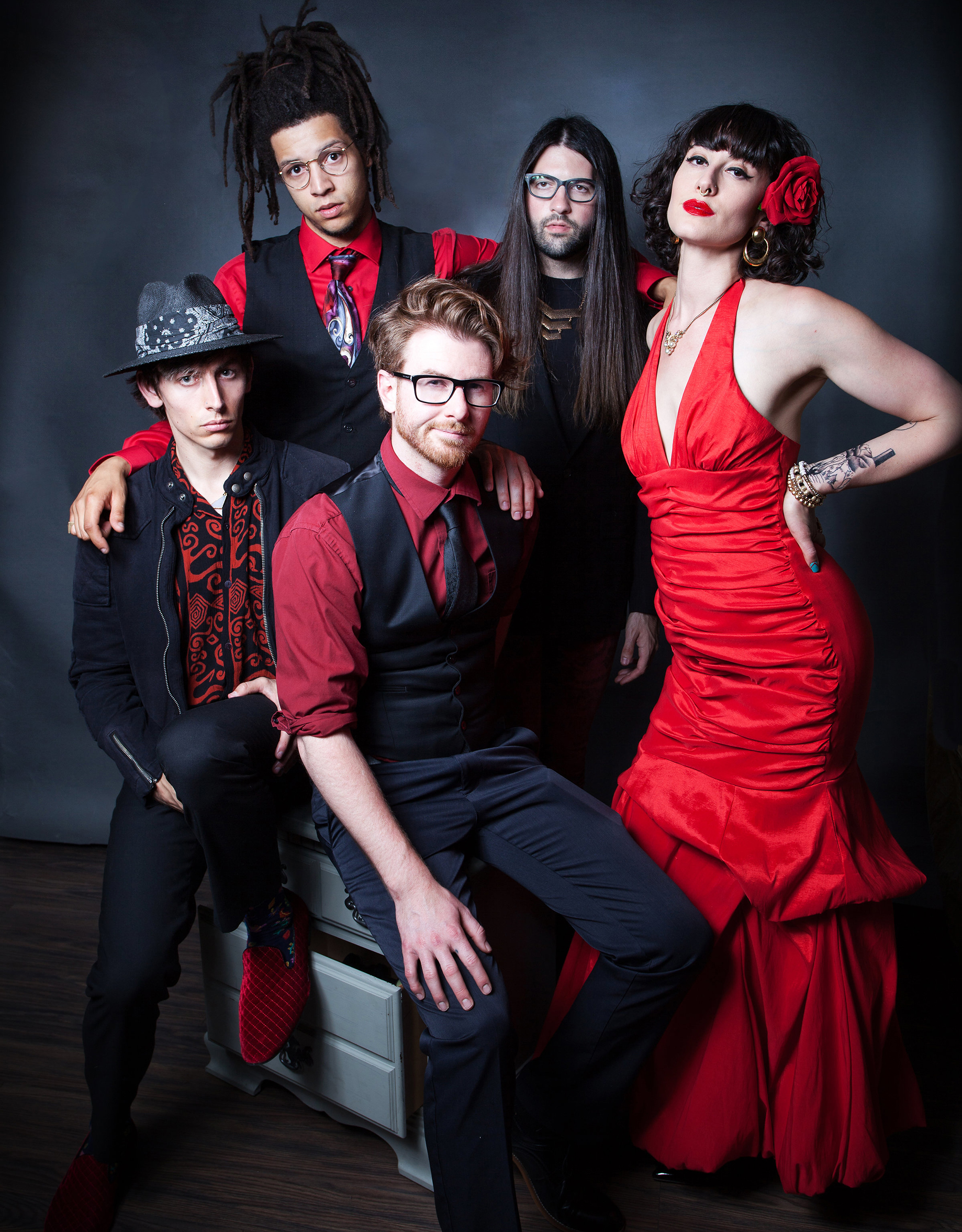 Speaking on dealing with and confronting negative experiences, what are your go-to albums/artists for doing this?
Alex Severson: If I smell a bad week coming, it’s Gnarls Barkley’s St. Elsewhere on repeat. I like it for the same reason I like the stuff we play—it’s got a lot of different styles and genres. When you listen to a full album, as much as I like rock, or funk or salsa or jazz, I like having variations, and St. Elsewhere does really well with that. Or I bump “Just a Thought” on repeat and I cry.

Billy Thompson: For me, it’s Blur 13. A lot of the subject matter is really intense; I think it was after a bad breakup that Damon Albarn had—the songs [have] a really weird, almost schizophrenic feeling. I like listening to that record when I’m sad, because it’s sadder than I ever am. It’s like, “Wow, that guy had it worse.” And he went on to make the Gorillaz a thing, so it let’s you know you’ll probably be alright.

Jace Dorn: Probably the most typical over my entire life would be Billie Holiday. If I’m feeling particularly self aware, it’ll be “Good Morning Heartache.” She’s got a lot of great material for that kind of feeling. More recently though, there’s an album by the O’My’s called A Humble Masterpiece that can really get me.

Juniper Waller: My main influences musically have been blues music. Everything else has come out from there. So Etta James is probably my number one, vocally, and out from there, Billie Holiday, Amy Winehouse, Janis Joplin, Nina Simone. But I don’t go to that when I’m upset, because that’s bad for you. They never figured it out. That’s what the songs I write are about: Don’t become a conduit for your art to the point where you self-destruct, which is what all my heroes have done. I guess my favorite album for emotional clarity would be Erykah Badu’s Mama’s Gun.

The new album Good to Feel is fun and groovy on one level. How would you describe the deeper themes at play?
JW: I think content-wise this album is very 2018. There’s a lot of existential dread and disillusionment with the traditionally accepted ways of coping with the difficulties of our modern world. “Good to Feel” is about that, “Truth” is about that, “Hunger Is the Best Spice” is about that. A lot of the songs touch on the discomfort of being a modern person in this day and age and working through that with music, with art, through creativity and self-exploration. To be a full person, you have to feel the enormity of what is going on.

JD: Not only feel it, but process it, hopefully in as constructive way as
you can.

BT: Amidst some of the head-bobbing stuff, you can still experience some of the necessary discomfort of living.

The band is informed by blues, a very stripped-down genre, the themes usually laid bare. What’s your take on it?
JW: The blues genre uses relationships as a thinly veiled metaphor to talk about other things—struggle in general. At the same time, even people who are experiencing intense oppression are still preoccupied with the question of “does he like me?” or “does she like me?” I was reading a book by Elizabeth Gilbert where she talks about that. She had a friend who was a psychologist who was working with refugees, and she was like “How could I help refugees? They’ve been through so much trauma, what could I possibly have to offer them?” But in her sessions with them, all they wanted to talk about was their significant others, and “does he still love me?” and “why isn’t this working out?” and so on. So I think that as humans, we use relationships as a metaphor for the bigger struggles in our lives. Not even as a metaphor, but maybe as a way to conceptualize or contain our emotions, our filter for reality.

What message do you want to leave with the people before they come out to dance at the album drop party?
JW: A lot of people are really messed up, and I think that if you take time to work on yourself—and this goes back to my heroes that weren’t able to do that—it makes it so that other people you connect with are able to do that, too. When people see someone earnestly trying to get their shit together, and they see the way it’s changing their life and relationships, that’s inspiring.

AS: All in all, we’re just a group of humans having experiences and trying to process that through music. A lot of the tracks on Good to Feel cover issues that I should have had figured out before I turned 28!

AS: Have you ever just thought about the human condition and being sad all the time, man? You should try some funk!

Catch The Gold Souls live on June 16 at Delta of Venus (122 B St., Davis) as part of the 8th annual Davis Music Festival. On June 22, The Gold Souls will hold their official album release show at The Flamingo House (2315 K St., Sacramento), and on July 13 they will play Concerts in the Park at Cesar Chavez Plaza (9th and J streets). Learn more at Facebook.com/thegoldsoulsband.